A beginner’s guide to Spain

Not only is Spain a large country in terms of size, there’s also a huge wealth of destinations waiting to be explored and discovered by the eager traveller.

Each region has its own character and traditions, and whatever your interests — food, culture, beach, history, nightlife — then you’ll find what you’re looking for somewhere in Spain.

Here’s some of the highlights to consider adding to your itinerary. 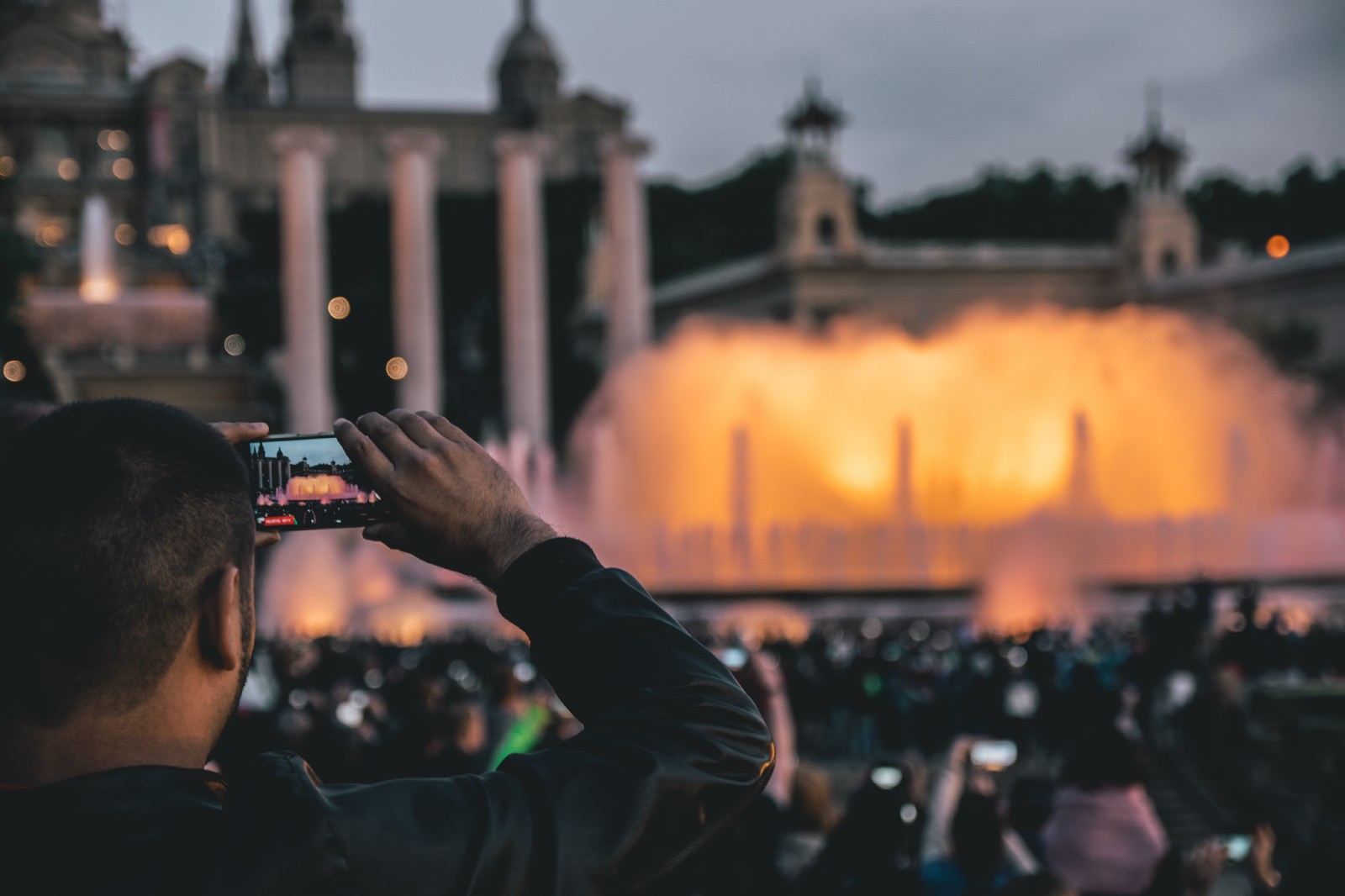 Close to Alicante, Benidorm gets a bit of a bad rap as its synonymous with the worst of English tourism to the Spanish coast.

However, it’s not all bad. The beach is great, and if you stick to the old town and avoid the sports bars, then you won’t see many English tourists. 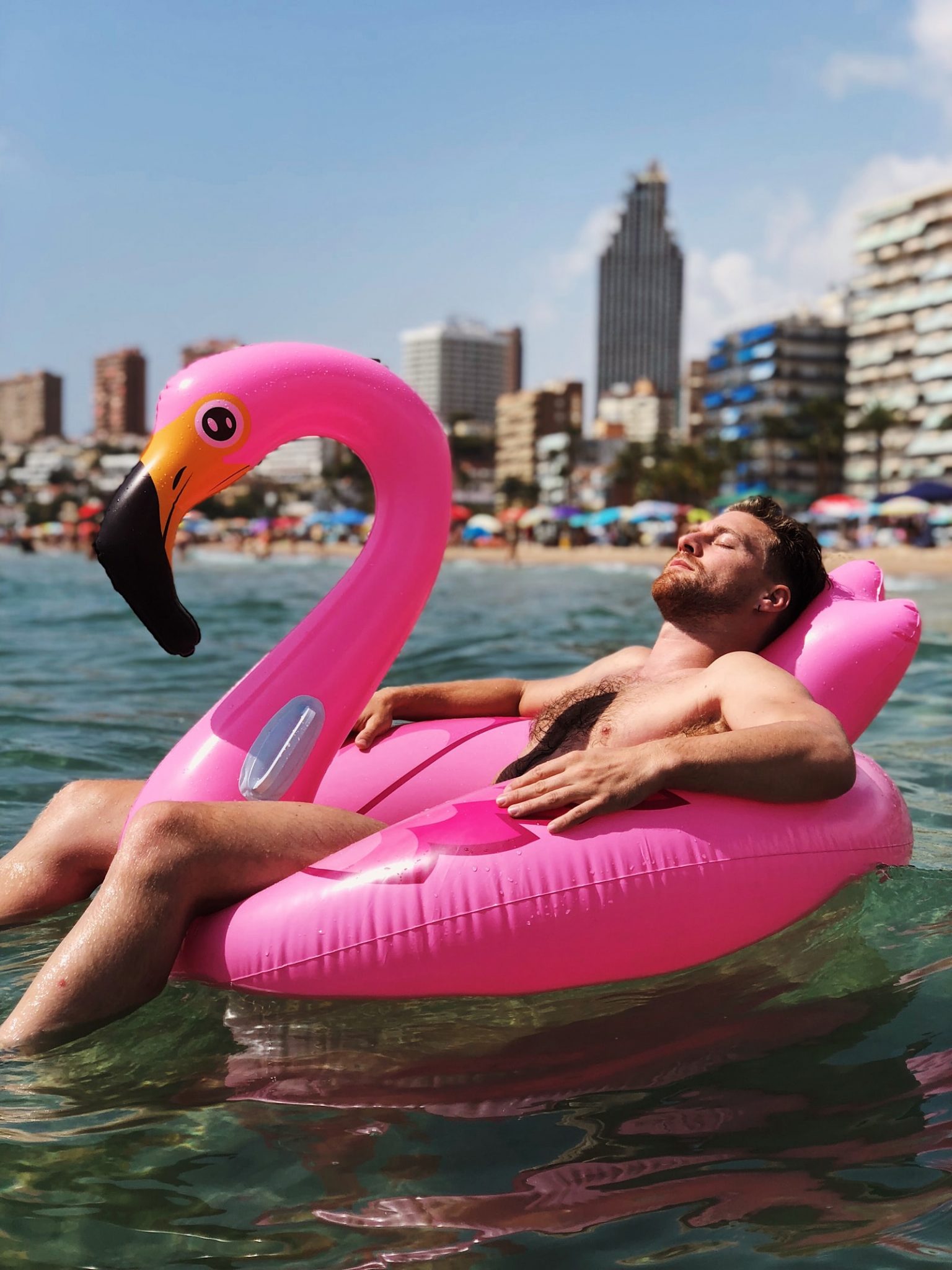 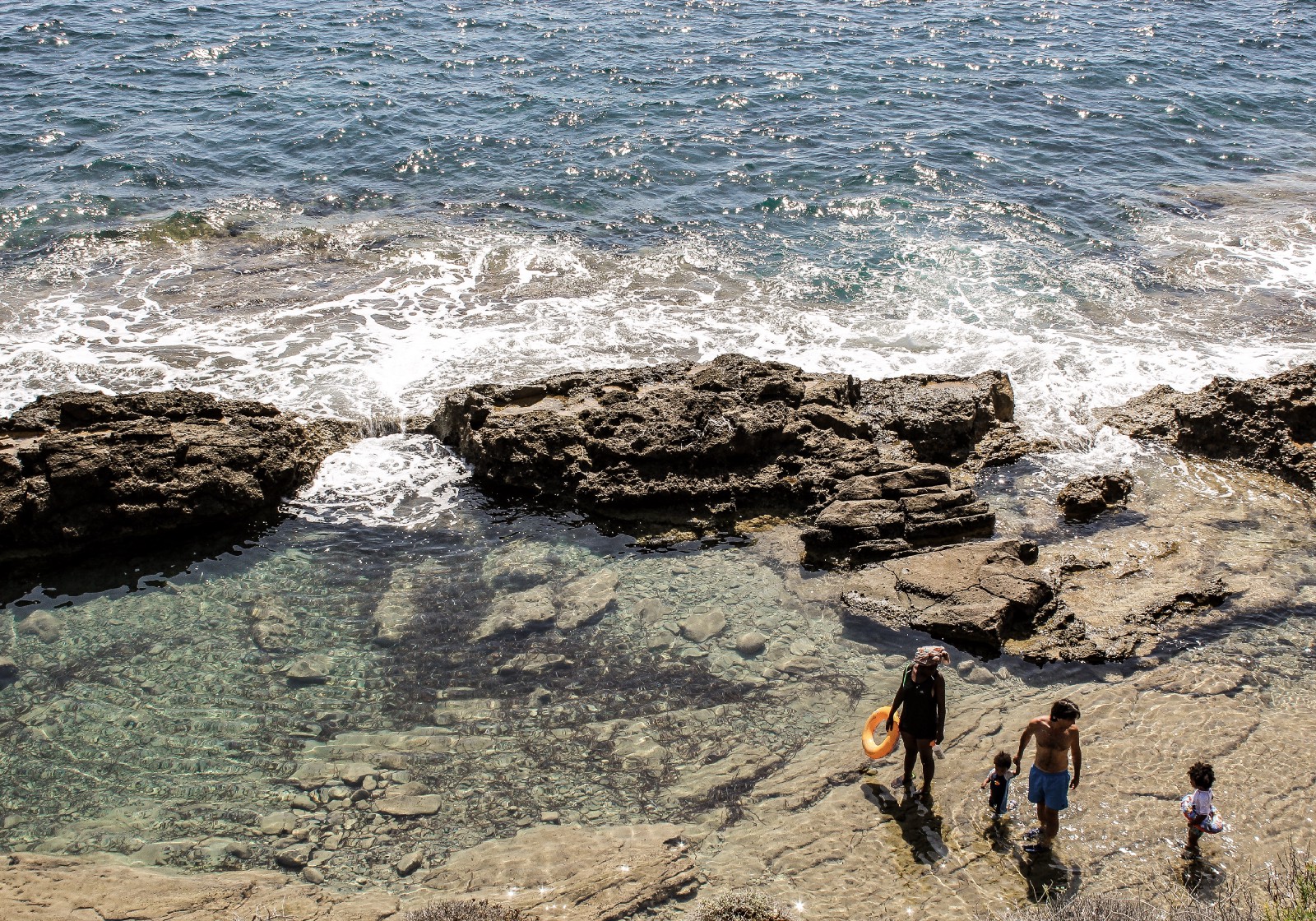 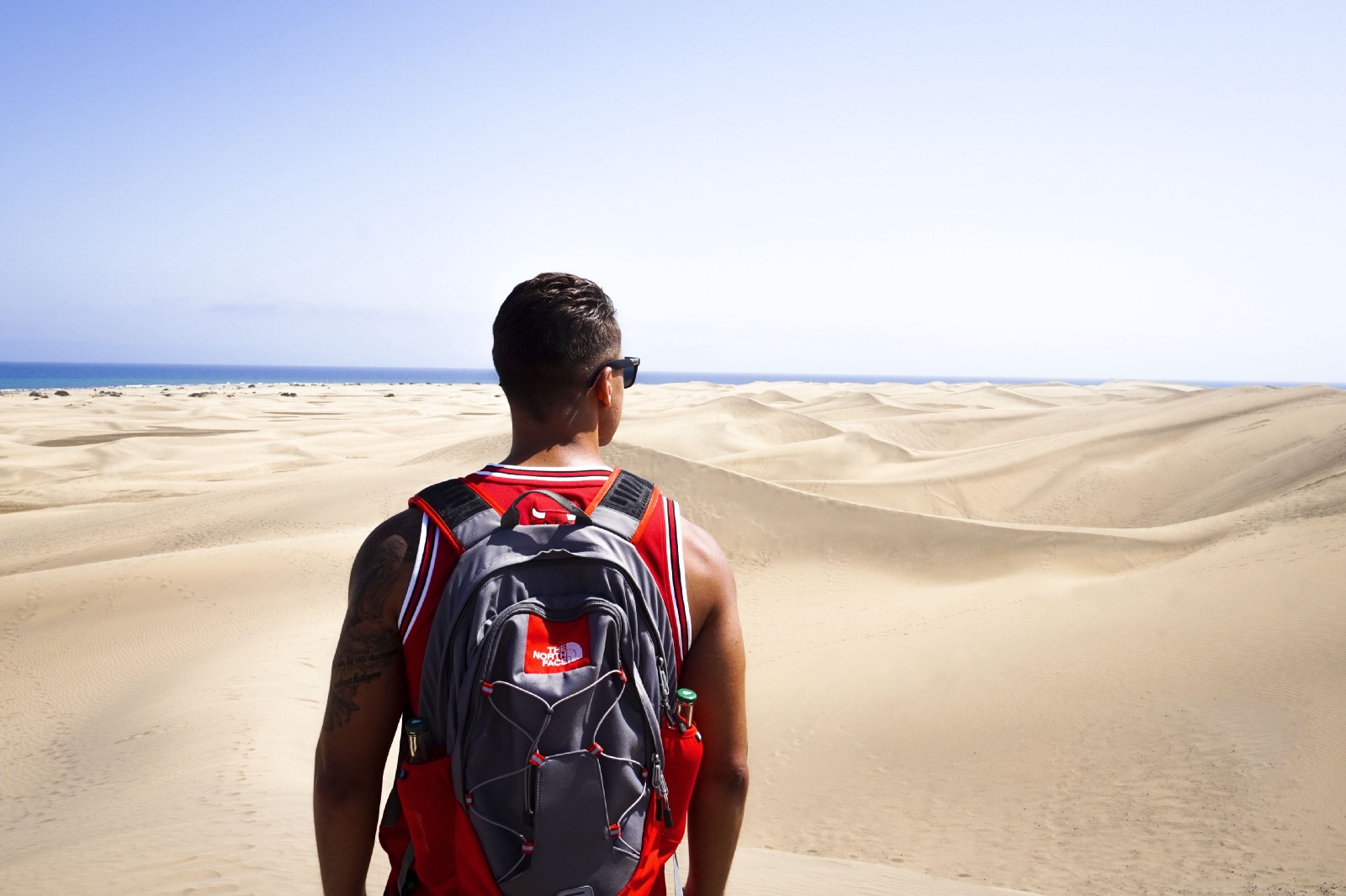 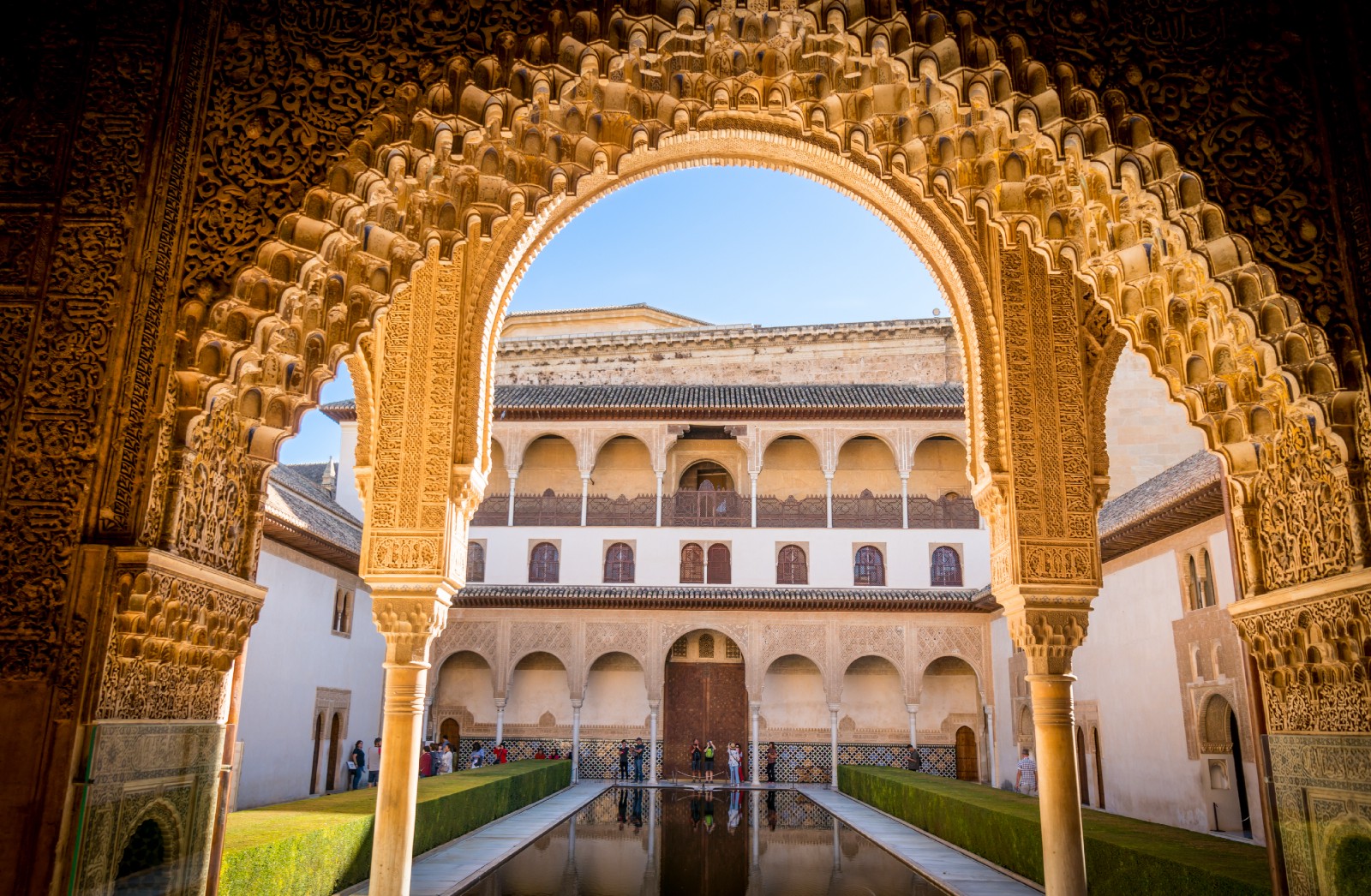 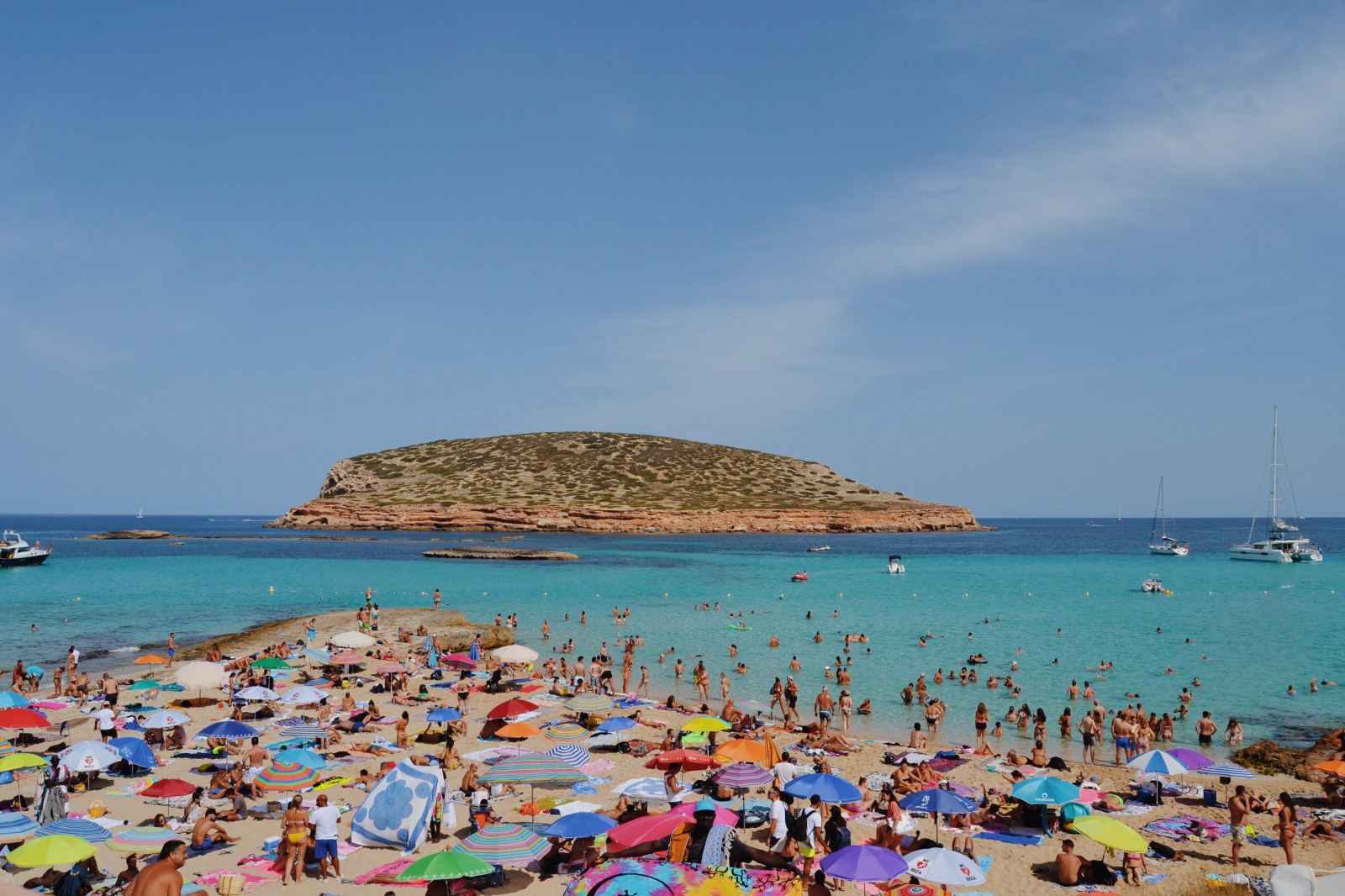 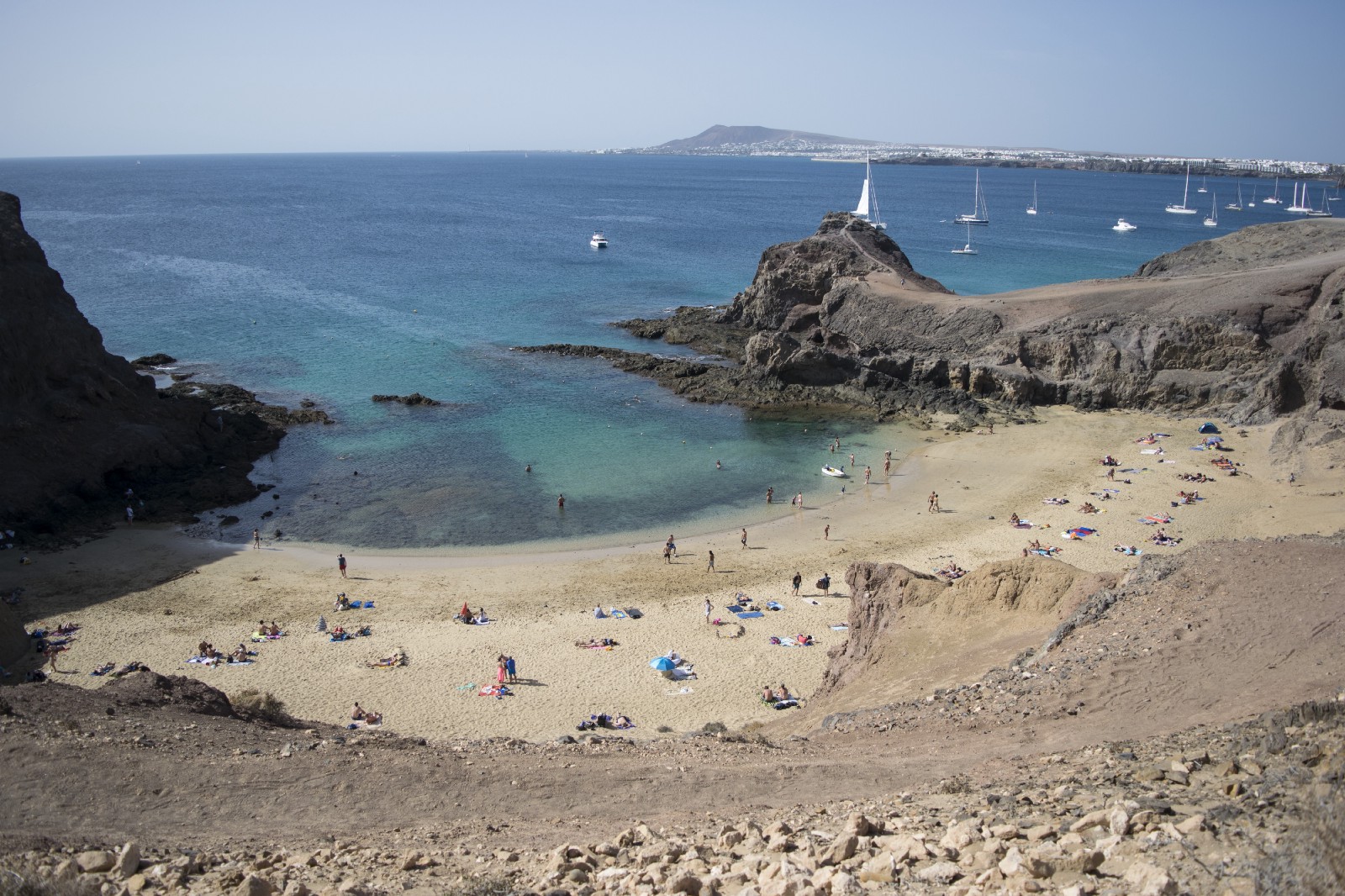 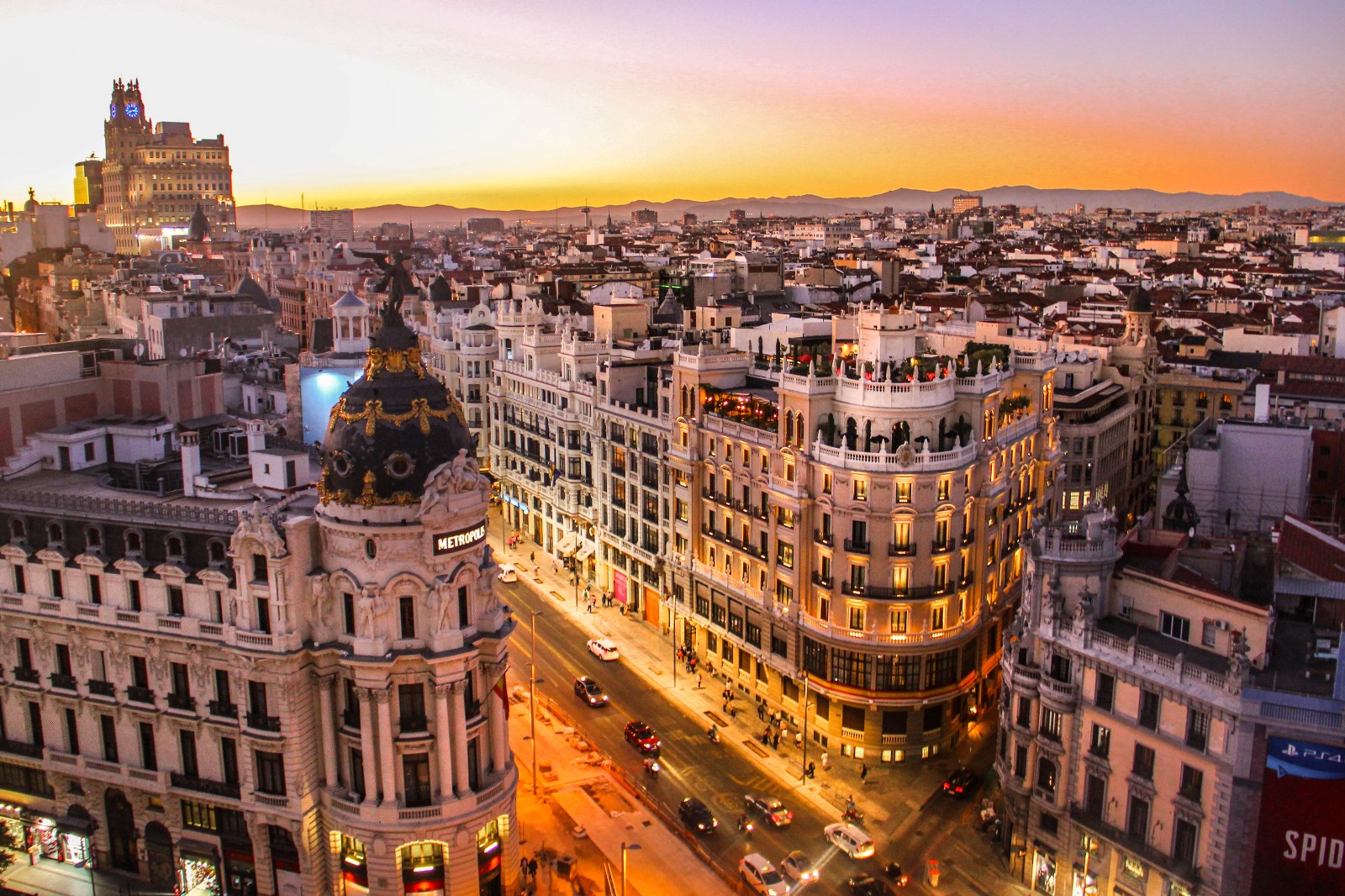 The gateway to the Costa Del Sol, from Malaga you can easily reach hot-spots such as Torremolinos, Puerto Banus, and Marbella.

Malaga is also a great base from which to explore inland Andalucia, and Granada. 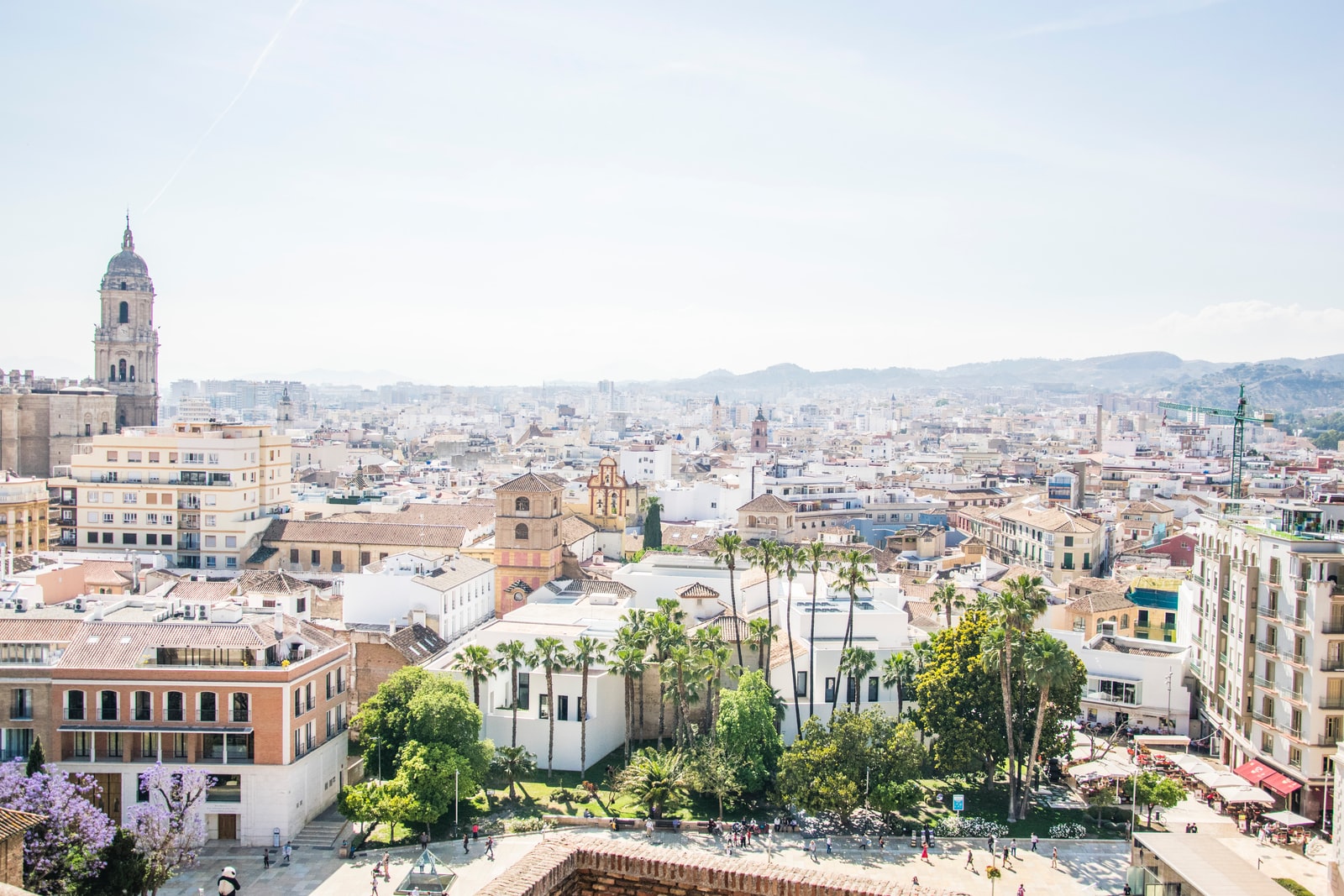 For years, the island of Mallorca has been one of the preferred options for British tourists looking for some sun.
Palma is the main city on the island. It’s family-friendly, and a bit upmarket.
Magaluf is the town that has attracted a younger crowd looking for inexpensive package deals and some wild nights. 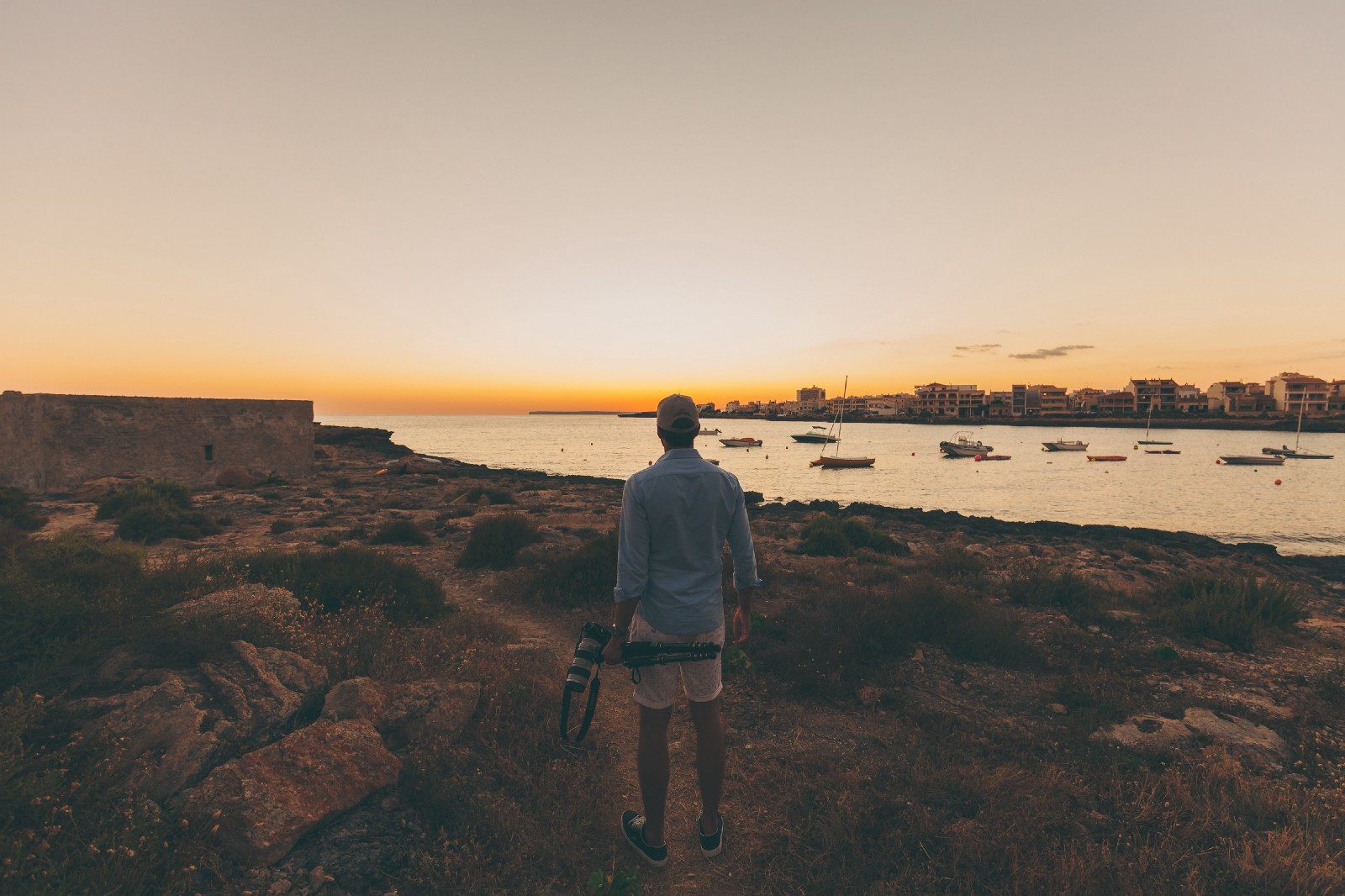 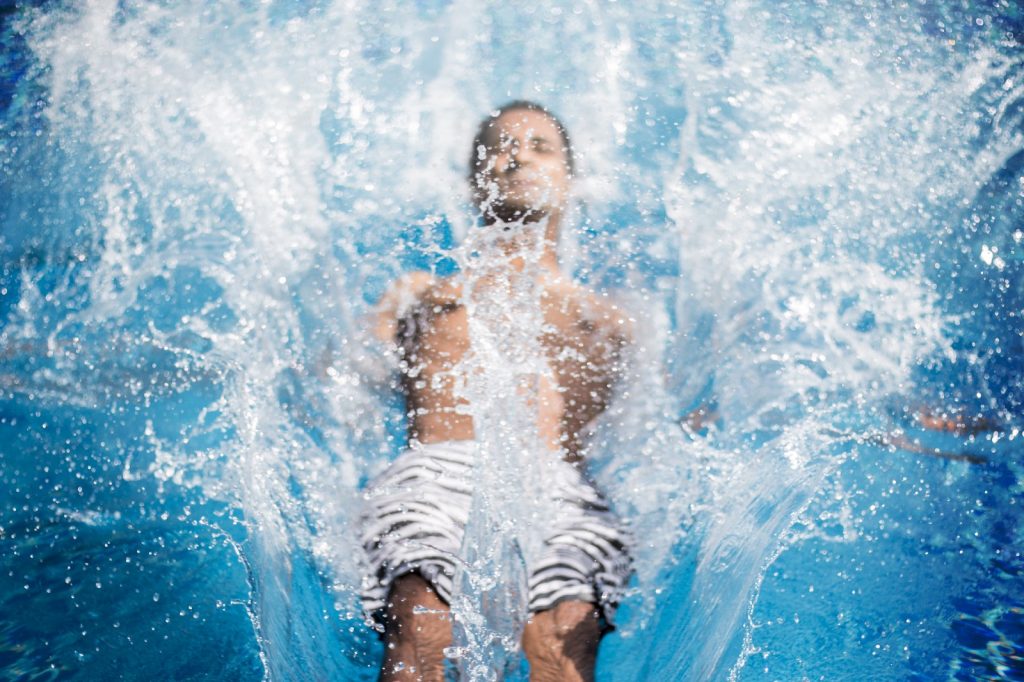 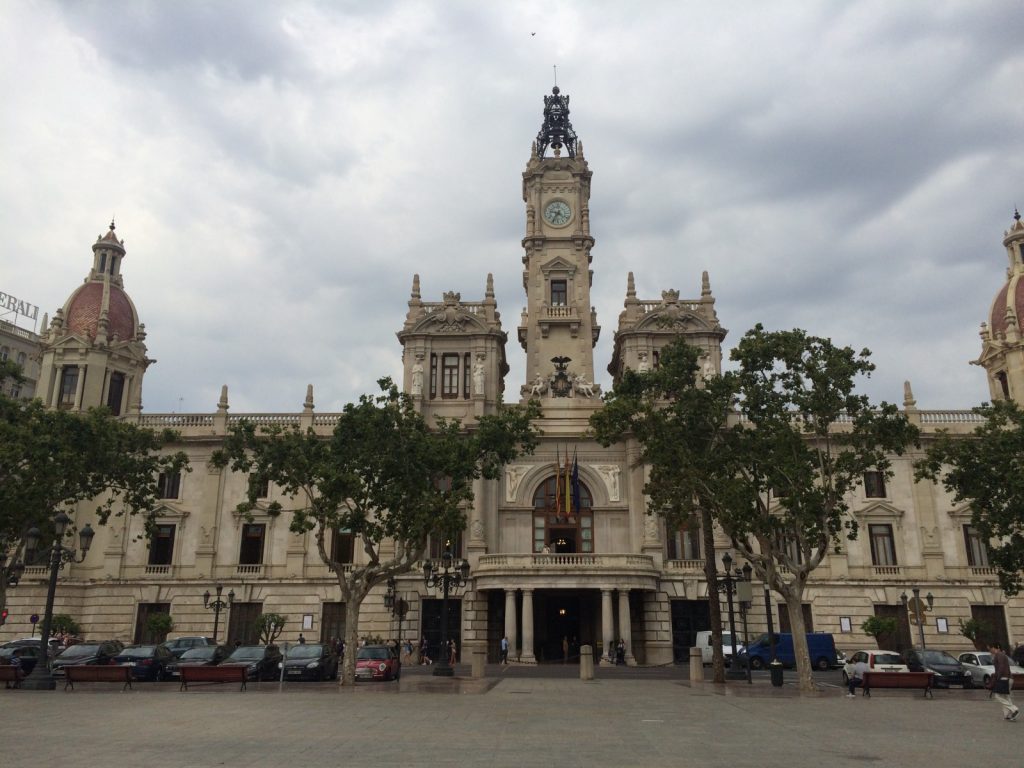 Which are the best gay nightclubs in Spain?

If you’re thinking about getting away for a mini-break somewhere, and you want to get a bit loose and work up a sweat on the dance-floor, then there’s plenty of nightlife options in Spain that are worth adding to your travel wish-list.

Here’s a few of the places where we want to dance and drink until we can’t dance or drink any more.

It looks like Metro has permanently closed, but the Arena group have a couple of options in the Eixample district.

If you’re planning on a late night in Sitges, then you’ll probably end up at Privilege.

That’s got a good night written all over it.

In Torremolinos, when we want to get our groove on, we head to Centuryon.

Weekends is really when Centuryon pumps into life – big-name DJs, shows, and all the good stuff.

You’ll need a siesta after this one.

You’ll find Bunker in the Yumbo Centre of Playa Del Ingles – which is pretty much where you’ll find all of Gran Canaria’s nightlife.

Bunker is the perfect combination of nightclub and sex-club.

Let your body do the talking.

Kluster. Let’s get amongst it.

This is an island blessed with an abundance of iconic nightclubs and parties.

DC-10 has a special place in our heart.

Which are the best gay beaches in Spain?

If you’re thinking about getting away for a few days in the sun, then a beach holiday in Spain is probably somewhere near the top of your travel wish-list.

There’s obviously no shortage of beaches in Spain, but which are the best gay beach destinations.

Summer is an ideal time to visit Barcelona – immersing yourself in the beach-side beauty of the city. Barcelona’s beach is a long strip of golden sand, notionally divided into different sections or neighbourhoods – some parts more oriented towards families, some parts more oriented to getting your clothes off and working on your all-over tan. You can easily spend your days just hanging out on the beach and soaking up the sun.

At the city end of the beach, you can stroll along to the W Hotel and sip cocktails in their outdoor bar while the DJ spins some relaxed tunes.

At the other end is Mar Bella beach, which is the gayest bit of the beach, and clothing optional. There’s a really good beach bar in this section of the beach, serving up drinks and food and also offering sun-lounges and umbrellas to hire if required. The swimming here is also fantastic –  you’re quickly out into water that’s deep enough to swim and the waves roll gently over you.

Sitges has three gay beaches to choose from.

There are three gay beaches to pick from in Torremolinos.

The most popular gay beach is El Gato/Eden Beach.

El Gato is easy to get to from the centre of town and offers a good mix of local and international guys.

Gran Canaria is blessed with an enormous expanse of beach  -  courtesy of the sand from the Sahara desert, mixed with a bit of the black volcanic rock of the island.

As beaches go, Gran Canaria is about as gay as they get.

Pretty much the entire stretch of beach, from Playa del Inglés to Meloneras is officially designated as clothing optional. All very family-friendly, but everyone pretty much totally naked.

The gay part of the beach  -  again, totally naked  -  is at beach kiosk number seven, and helpfully marked with a Pride flag. If you’re staying up the Avenida de Madrid end of Playa del Inglés, you can get to the gay beach by walking along the beach  –  but it’s a long, long walk. It’s a better option to take a taxi from Playa del Inglés to Meloneras  -  this costs about €6, and then it’s about a ten minute walk to the gay beach. If you’re staying closer to the Yumbo Centre, again a taxi is probably the sensible option, but it is a relatively easy walk through the Hotel Riu Palace and then across the dunes.

Think about your footwear. If you’re walking through the dunes you’ll probably need something more robust than flip-flops. On a hot day, the sand gets so hot that it burns your feet.

The gay beach has a pretty relaxed vibe. Some guys do wear swim-wear at the gay part of the beach, but most guys are naked.

If you fancy a bit of man-on-man action then there’s a busy cruising area in the dunes behind the beach. Technically, it’s illegal to have sex in public in Gran Canaria, but everything is pretty relaxed here – you’d have to be doing something fairly in-your-face to attract any attention from the police.

Which are the best gay parties in Spain?

If you’re thinking about getting away for a mini-break somewhere, and you want to get a bit loose and work up a sweat on the dance-floor, then there’s some major gay party options in Spain that are worth adding to your travel bucket-list.

Here’s a few of the events at which we want to dance and drink until we can’t dance or drink any more.

You’re going to need plenty of stamina for this one – it’s not one party, it’s a marathon of successive parties.

The massive water park party is the one that gets all of the attention, for obvious reasons.

Circuit will be returning to Barcelona in August 2022.

A massive event for big boys with bounce, Bear Week in Sitges is actually 11 days of parties and events.

Sitges is good fun whenever you go there, but cram the place full of beefed-up bears and you’re in for a treat.

15 different events make up this festival.

You’ll need sunglasses, sangria, and plenty of stamina to make the most of this fiesta with no siesta.

Gran Canaria is a pretty sexed-up kind of destination any time of the year. However, when Fetish Week rolls into town, it’s next level.

Madrid Pride is always a big deal, and the WE Pride Festival delivers all the parties that you want to be at.

The WE Pride Festival will be back in July 2022.

This is an island known for it’s big-ticket parties, but what better place to fly the rainbow flags for a Pride celebration?

Which are the best gay hotels in Spain?

If you’re thinking about getting away for a mini-break somewhere, and you want to make sure that you’re staying in the middle of the action, then getting your accommodation right is a key factor.

Spain is a destination that delivers some of our favourite gay hotels.

Here’s a few options to add to your travel wish-list.

A great place to base yourself is the Axel Hotel.

Axel is a small chain of hotels across Europe, specifically aiming for the gay travel market. Their Barcelona property is particularly good, with the rooftop bar providing spectacular views across the city.

The Calipolis is one of the larger beachfront hotels in Sitges, with 170 rooms  –  most of which have views overlooking the gay beach.

If you fancy a break from the beach, then the hotel’s pool and sun-terrace is a great place to relax.

Sitges’ gay bars and clubs are a couple of minutes’ walk from the hotel  –  as is the railway station if you fancy a night out in Barcelona.

Hotel Ritual is our favourite place to stay in Torremolinos. Not just because they have rooftop nudist area with a pool and a bar, although that is definitely a major factor.

Gran Canaria is a pretty sexed-up kind of destination any time of the year. However, when Fetish Week rolls into town, it’s next level.

Which are the best gay bathhouses in Spain?

If you’re thinking about getting away for a mini-break somewhere, and you want to sex things up a bit, you might be interested in a destination that has a decent bathhouse.

Bathhouses – or saunas or sex-on-premises venues – are good fun wherever you are, but when you’re on vacation they’re a great way to connect with local guys or fellow travellers.

Spain is a destination that delivers some of our favourite gay bathhouse experiences.

Here’s a few options to add to your travel wish-list.

They often have theme nights and parties.

Sauna Sitges is not huge but it’s well established and gives you everything you need from a gay bathhouse.

Their foam parties are popular, but always worth checking out.

In Torremolinos, the bathhouse is called Apolo.

It takes its inspiration from the American bathhouses of the late-70s, combining shows and entertainment with all the facilities and fun of a gay sauna.

You’ll find Heroes on the upper level of the Yumbo Centre – the hub of gay life on Gran Canaria.

This is a quality bathhouses – all the facilities you’d want, and plenty of different spaces to explore.