There was a time in gaming’s not too distant past when it was heavily heteronormative. Games that were intended for mature audiences seemed to have one target gamer in mind: the straight, cisgender male in the under 30 age group.

That, of course, was decades ago, and as the gaming industry boomed at the turn of the century, development companies quickly began to wake up to the power of the pink pound. Here, in 2020, minority representation is big on the agenda of gaming houses. As a result, we’ve seen the release of a number of mainstream games with queer characters, storylines, and themes that have taken their place alongside our favourite indie titles.

Additionally, queer representation has increased behind the screen as well as on it. The early noughties brought the ‘Gaymer’ demographic to the attention of sociology researchers, leading to extensive media coverage and the creation of the GaymerX video gaming convention. Maybe nothing will ever fully remove the “bro” mindset that unfortunately still exists in modern gaming culture, but now’s as good a time as any for queer folk to get involved with it.

The newest installment in the Dragon Age franchise introduces the main character of the Inquisitor, a lone wolf hero who sets out on a quest to battle civil unrest in the continent of Thedas. Along the way, the Inquisitor is faced with several romantic situations, where’s he’s called on to woo some pretty diverse potential lovers, including a 10-foot brute voiced by Freddie Prinze Jr. This GLAAD Special Recognition award recipient also introduces us to Bioware’s first-ever trans character, Cremisius Acclasi.
Available: Xbox One, PS4, PC

Night in the Woods

This Kickstarter-funded animated game hearkens back to the side-scrolling platform games of the 90s, but its storyline is 100% modern day. The game follows Mae, a “pansexual college dropout”, who moves back to her hometown of Possum Springs to solve the mysterious disappearance of a lifelong friend. Although the storyline and gameplay are simple, Night in the Woods features a well-rounded supporting cast of LGBTQ characters, such as Mae’s best friend Gregg and his partner Angus.
Available on: Xbox One, PS4, PC, Mac, Android, iOS

A mainstream hit from the house of Blizzard, Overwatch has become quite the global phenomenon since it was released in 2015. Now a major part of geek and gaming culture, this multi-player shooter has also become a favourite with gay gamers. Two of the game’s major characters – Soldier: 76 and cover star Tracer – are members of the LGBTQ community, and they’re not just token characters either. Both characters feature their own well-developed backstories, which you can watch in a series of animated short films on the Overwatch website.
Available on: Xbox One, PS4, PC, Nintendo Switch 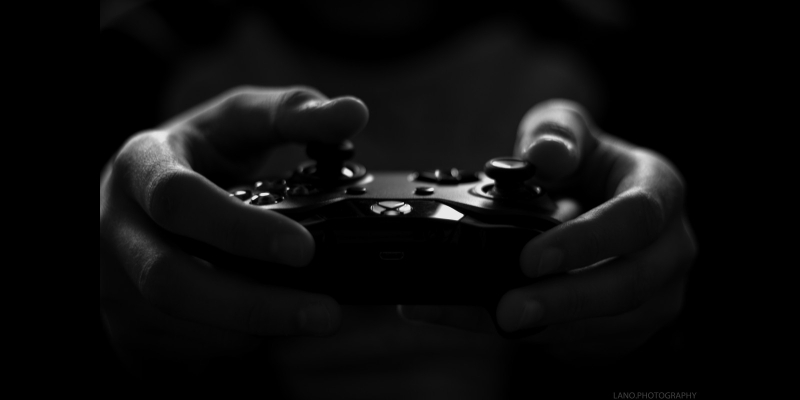 Not everyone who starts to play online games wants to make a living out of it, but these gaymers prove that orientation or gender won’t stand in your way if you can create engaging gaming content.

Brian Christopher – Brian Christopher is a unique voice in the YouTube gaming community. As an openly gay casino fan, he’s produced a successful channel that focuses around his slots gaming adventures, covering everything from a wide variety of online slot games and tournaments to live casino tours

Ian Macleod – Viewing Ian Macleod’s channel, Brutalmoose, is a trip down memory lane, as he mostly focuses on those retro PC games like Pajama Sam, the Oregon Trail, and Road Rash. His videos are very well crafted and edited, so even if you’re not a retro gaming fan, they’re still enjoyable to watch.

MrKravin – Unusually, MrKravin is a YouTube gamer whose special interest is the horror genre. He does use a facecam, but he’s much more engaging to watch than most of the popular YouTube gamers. You’ll find a selection of different reviews and streams on his channel, from mainstream hits like Silent hill to indie titles.

Tye – An English teacher by trade, Tye’s videos, as you might expect, are very well put together. His channel mainly consists of let’s play style videos, and he tackles a wide range of genres from Fallout 4 to Rimworld, Santa Makeover (yes, it’s as weirdly compelling as it sounds), and the goat petting simulator. Tye’s channel is also a great resource for the latest LGBTQ games on the market.

Ashley Conrad is reporting from the front ...