Known for selling out London’s ‘free-thinking stand-up comedy club’, Comedy Unleash, and co-writing Jonathan Pie’s political rants, Andrew Doyle’s latest venture sees himself transforming into Titania McGrath – arguably, Twitter’s funniest satirical account, and author of Woke: A Guide to Social Justice. We sat down with Doyle to discuss where the idea behind Titania stemmed from, his response to the character’s viral success, and why people are so quick to assume he’s straight.

What was the inspiration behind Titania?

I’ve always loved the satirical conceit of using a pseudonym to express ideas. One of my favourite examples is when the playwright Joe Orton used to write letters of complaint about his own productions to the newspapers under the name of ‘Mrs Edna Welthorpe’. I’m also a big fan of the satirical ‘genderqueer Muslim atheist’ Godfrey Elfwick, a character who was popular on Twitter until the humourless ideologues in Silicon Valley decided to ban him.

As for Titania herself, she was a development of a character I’d created when I was a teacher. I used to edit the school newspaper, and we never had enough submissions to fill the pages, so I invented a radical slam poet called Magdalena Slash. That’s the basis of it really, although Titania can obviously get away with being much more vulgar, whereas Magdalena always had to be a bit careful.

Did you ever expect her account to go so viral?

Not at all. I was really doing it to entertain myself. I’d said to my friend Lisa Graves – who co-ran the Elfwick account – that I was thinking about doing it, and she persuaded me that it was a good idea. It only really took off after she was ‘permanently suspended’ – Twitter’s rather odd self-contradictory phrase – for a tweet about how she was attending a UKIP rally to punch some people in the name of tolerance.

There was a bit of an outcry from various high-profile Twitter users, and she was magically reinstated the next day. Within 24 hours she’d gained an extra 20,000 followers because of all the publicity, and she wrote an article for Quillette about her one-day ban entitled ‘Now I know how Nelson Mandela felt’.

How’s the reaction to the book?

It couldn’t be better really. I wrote the book to entertain some and to annoy others. Inevitably, the people who are sick of the excesses of the social justice movement love it, and those who are part of the movement hate it. Of course, I’m happy that the reviews have been so effusive, but in a way, I’m more pleased about the predictable reaction of the woke publications. It’s an extremely polarising book, which I’ve always said is the very best reaction to comedy and satire. If everyone likes what you’re doing, you’re definitely doing something wrong.

Do you think being outed as Titania helped or hindered the response?

Without a doubt, it helped. There was a journalist at the Sunday Times called Rosamund Irwin who’d done some incredible investigate work and published an article suggesting that it was me. Later that week, Steve Bennett at Chortle uncovered the ‘smoking gun’ – a reference which connected me explicitly to the character in a book catalogue in Frankfurt. I think someone at the publisher hadn’t realised it was a secret.

I had never intended to come out as Titania because I felt it was more interesting to hide behind a persona. However, I can’t deny that the fact the outing occurred during the week of publication was a major boost to the book. I ended up on TV and radio as a result, and it became a story in the national press. She wouldn’t be anywhere near as big a character now if I hadn’t been outed – in spite of my reservations, I have to be grateful for that, I suppose. The big difference now is that all the social justice maniacs troll me endlessly on Twitter because they know it’s me.

Why do you think so many people presume you’re straight? On Twitter, you often get referred to as ‘another straight white guy’.

Identity politics is an essentially collectivist worldview, which is why so many social justice activists struggle with the idea that gay people can come from a whole range of political backgrounds. It’s like when Kanye West supported Donald Trump. The woke activists simply couldn’t compute that a prominent black man could support Trump. It short-circuited their programming. I don’t even like Trump, but I loved that West did that, because it really punctured their anti-individualistic cult.

People assume I’m straight because if you believe that we live in a society that systematically demonises gay people it makes no sense that a gay man would mock the woke ideology. But, of course, gay people have never had it so good, and I find it is really funny to see all these LGBT people desperate to be as oppressed as possible and to detect homophobia absolutely everywhere. It’s delusional. It also really helps genuine homophobes, because it allows them to believe that they’re in the majority among the population.

We need to reserve words like ‘homophobe’, ‘racist’, and ‘misogynist’ for where they actually apply, which is only in very rare cases. The way in which these terms have been promiscuously thrown about is extremely dangerous and is simply feeding the far right. When I hear someone referred to as ‘racist’ or ‘fascist’ now, my initial assumption is that they’re probably not. The words have lost all their power through continual misuse. To call someone a ‘homophobe’ is a serious accusation. Gay people should think very carefully before they resort to that. Suspicion isn’t enough. Someone who doesn’t agree with same-sex marriage isn’t automatically a homophobe. They might be, but to automatically assume they are is the very definition of bigotry.

You’ve taught, been on stage, and released a book. What’s next for you?

I’m writing a biography of the Northern Irish novelist Forrest Reid, but I keep having to put it on hold because of work. Ultimately, I have to take paid work where I can get it in order to survive, so something like this biography, which is a total labour of love, needs to be postponed until I can afford the time off to write it.

I’m also keen to develop my musical theatre writing. I’m currently working on a few musicals. I’ve rewritten my musical Paperboy, set in Belfast during the troubles, which will be coming back to the Lyric Theatre in Belfast in August. I wrote this with my friend Duke Special, and we’ve also written an adaptation of Huckleberry Finn, which we’re hoping to move into production next year.

I also collaborate with another friend of mine, the musician Craig Adams, and at the moment we’re working on a show called The Guinea Pig Club. It’s about Archibald McIndoe, the pioneering plastic surgeon who helped so many RAF pilots to reconstruct their lives during the Second World War. I’m looking forward to seeing it brought to life.

You can buy Doyle’s book, Woke, and tickets to his live show. 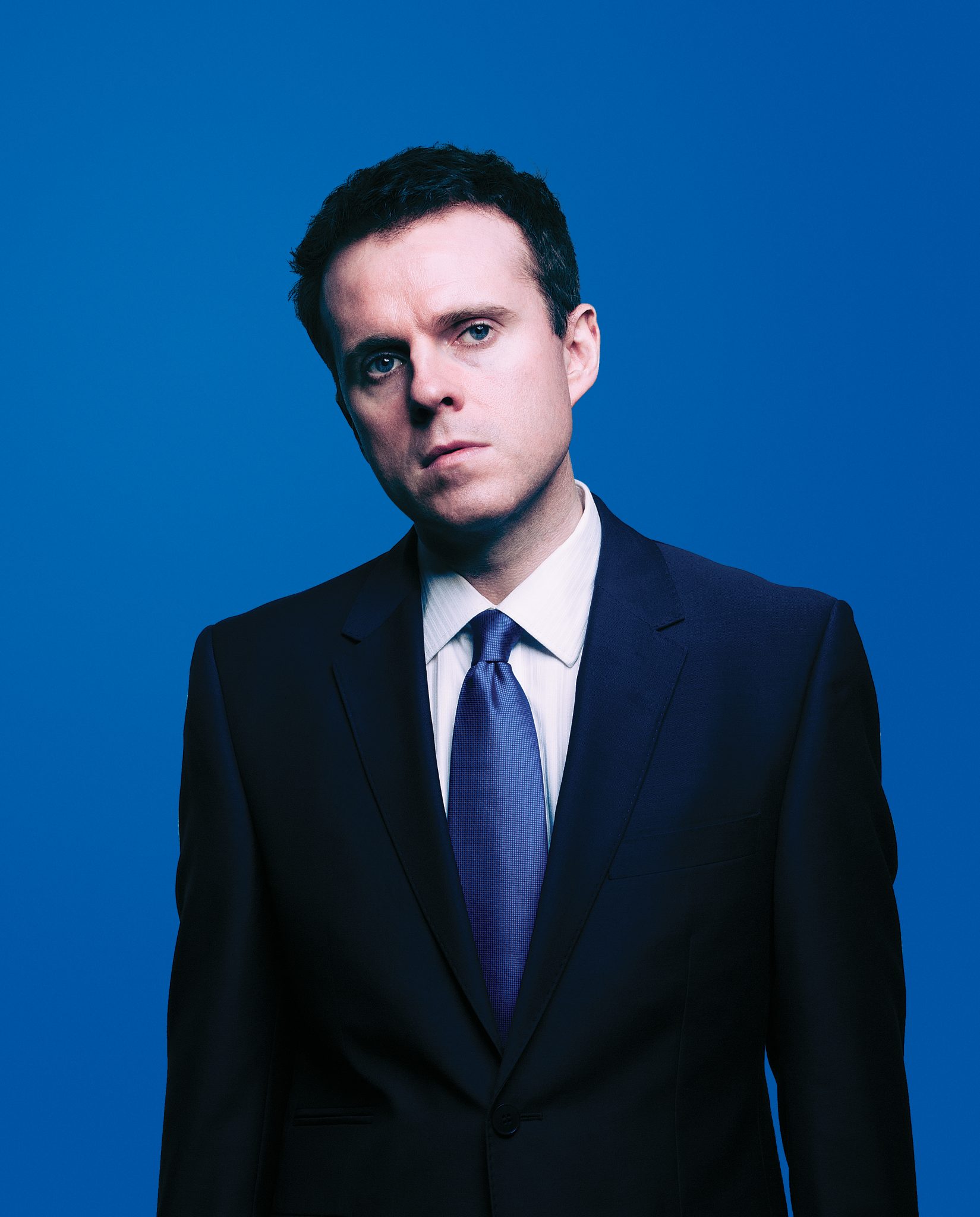 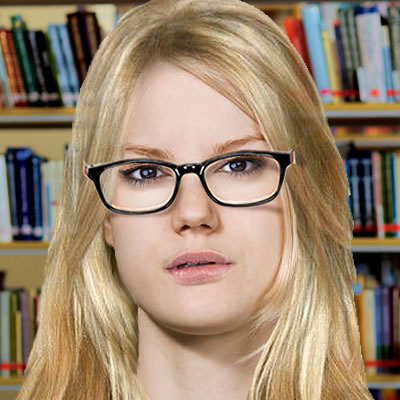 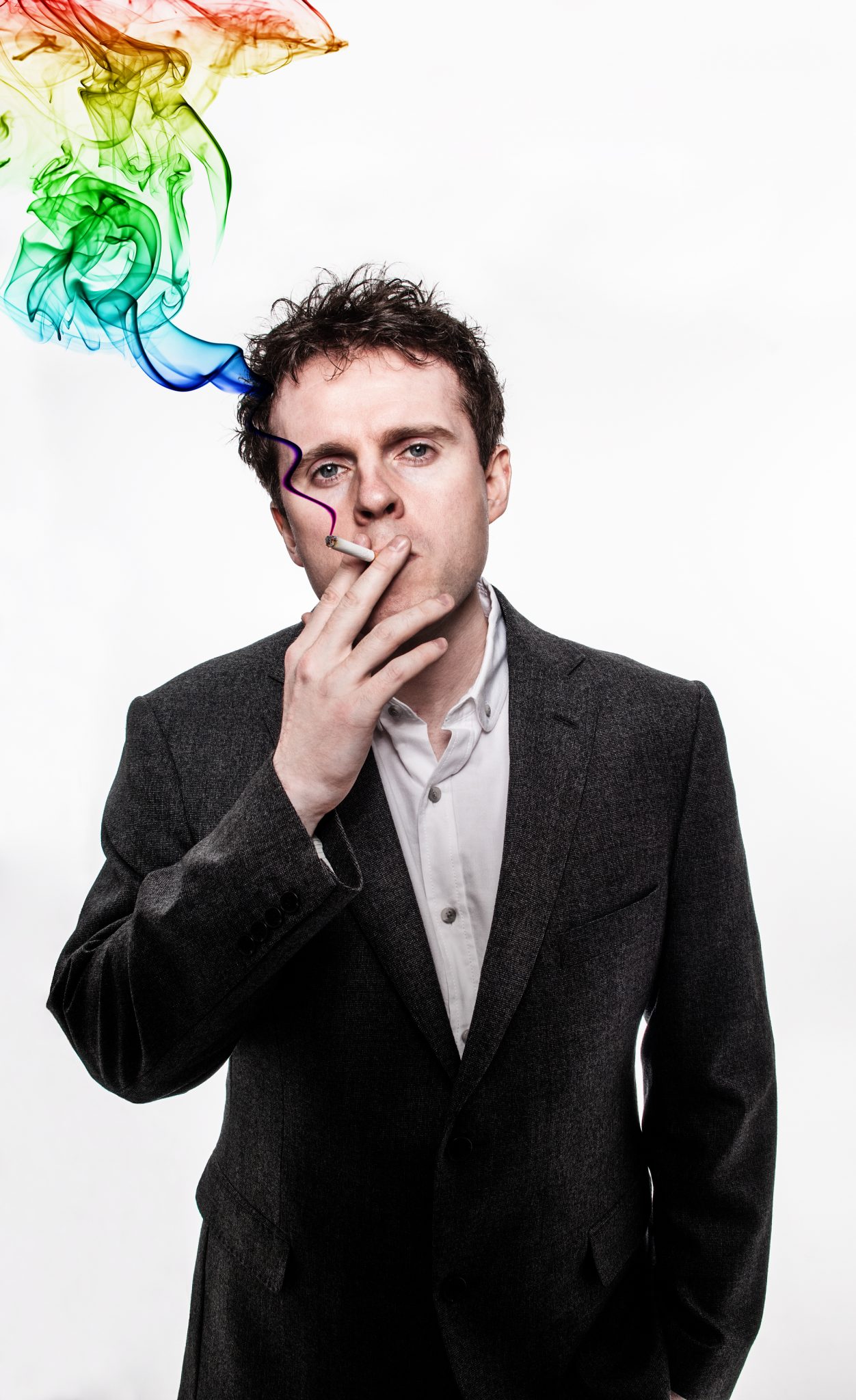 Through the Lens with Matt Spike