Features
Home›Features›How to cool off in London? Head to the gay swimming ponds of Hampstead Heath.

How to cool off in London? Head to the gay swimming ponds of Hampstead Heath.

London is one of those cities that seems to make you work hard to discover some of its best features.

The men’s swimming pond at Hampstead Heath is one of those hidden parts of London that you really need a bit of local knowledge to experience.

This is one of the city’s main hubs of queer activity on a hot summer’s day.

What makes Hampstead Heath such a gay swimming hot-spot?

Synonymous with ‘cruising’  -  for gay sex  -  Hampstead Heath is a vast green open space in North London. It takes a bit of planning to get there, but is relatively accessible via public transport.

What’s perhaps less well-known is that as well as being a hot-spot for outdoor hookups, Hampstead Heath is also a major centre for outdoor swimming  -  options include Parliament Hill Lido, the Mixed Pond, the Ladies’ Pond, and the Men’s Pond.

Large, freshwater swimming ponds, the Ladies’ and the Men’s ponds are unique in the UK as they’re the only life-guarded open-water swimming facilities that are open to the public every day of the year.

The Hampstead Heath ponds are fed by springs connected to the River Fleet. The ponds were originally dug in the 17th and 18th centuries as reservoirs to meet London’s growing demand for water.

The Men’s Pond has an incredibly social atmosphere  -  on a warm day, most of London’s queer guys seem to converge on the grassy bank adjacent to the entrance to the pond. Groups of friends congregate, strip down to their swim-briefs, share snacks and drinks, pose, promenade, people watch, and work on their tans.

Before entering the water, you pass through a changing facility that effectively acts as a barrier between the sunbathing area of the grassy bank, and the men’s pond itself. The changing facility is fairly basic  -  open to the elements, it’s a square slab of concrete floor surrounded by corrugated tin walls. There’s a row of open cold-water showers in one corner, a changing area to the right, and a nude sunbathing area to the left. The toilets are adjacent to the changing room  -  along a narrow path that runs beside the pond.

The nude sunbathing area is incredibly popular  –  at the first sign of a sunny day, it’s packed. Unless you’re there early, it’s difficult to find space to spread your towel and work on your all-over tan.

Once you’ve navigated your way through the changing facility, you enter the waters of the pond via a wooden jetty. You can slide discreetly into the water off the side of the jetty, but the preferred entrance is to jump or dive in. There used to be a springboard off the jetty – which assisted with some spectacular diving displays for appreciative onlooking swimmers  -  but that now seems to have been permanently removed.

Having splashed your way into the water, you tend to bob around for a while, chatting to your friends, assessing the entrance dives of other swimmers, before making your way back to the wooden jetty for another dive into the pond.

When you’ve sufficiently cooled off, or exhausted your diving repertoire, you then wash the pond water off under the bracingly-cold showers, and then head back out to the grassy bank to resume your sunbathing position with your friends.

Diving, swimming, tanning, and people-watching. There’s no better place to spend a sunny day in London. 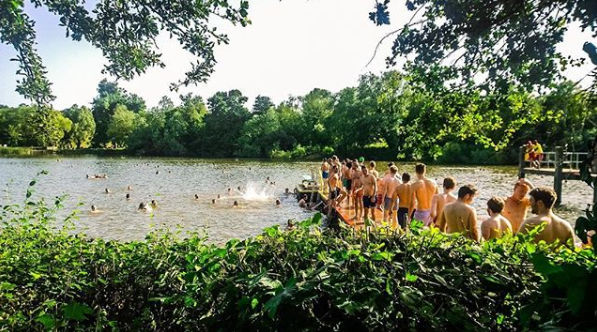 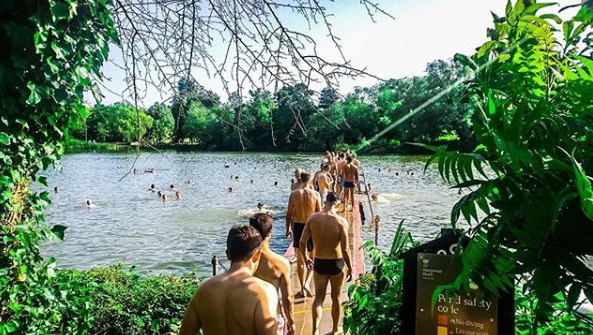 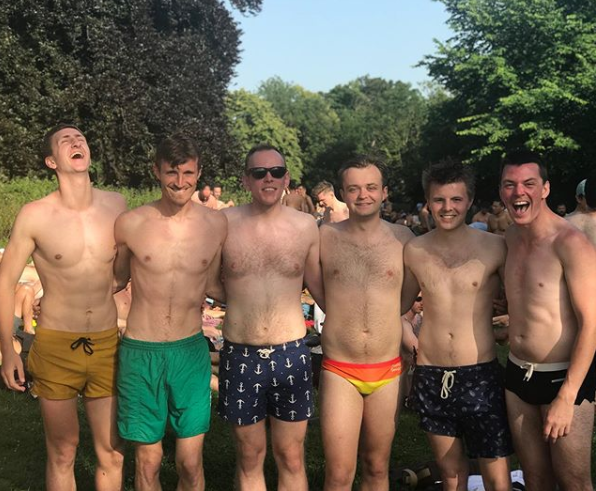 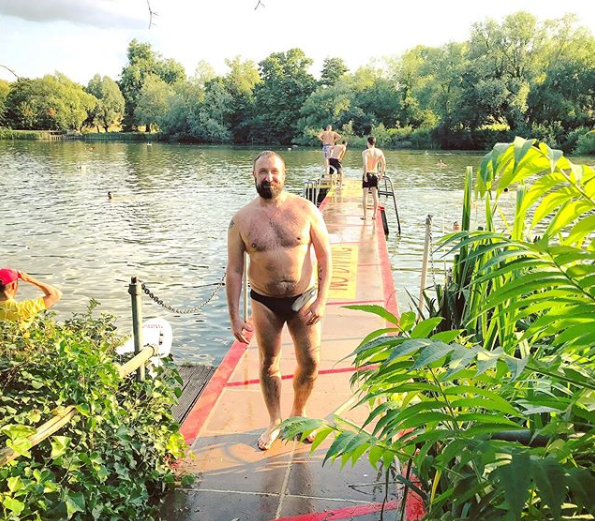 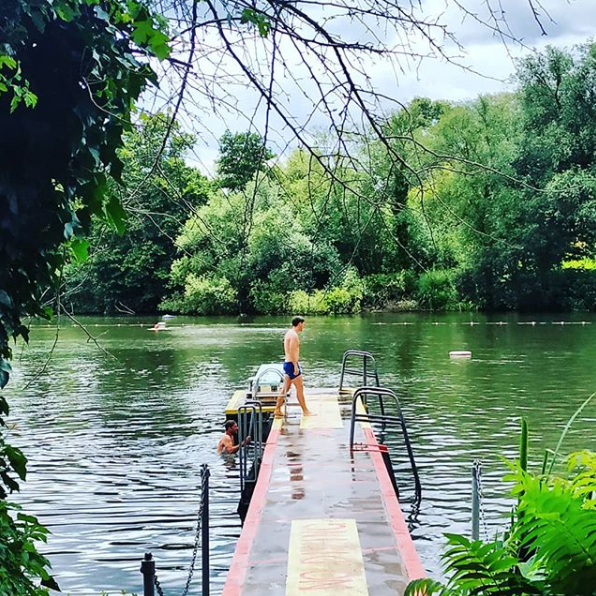 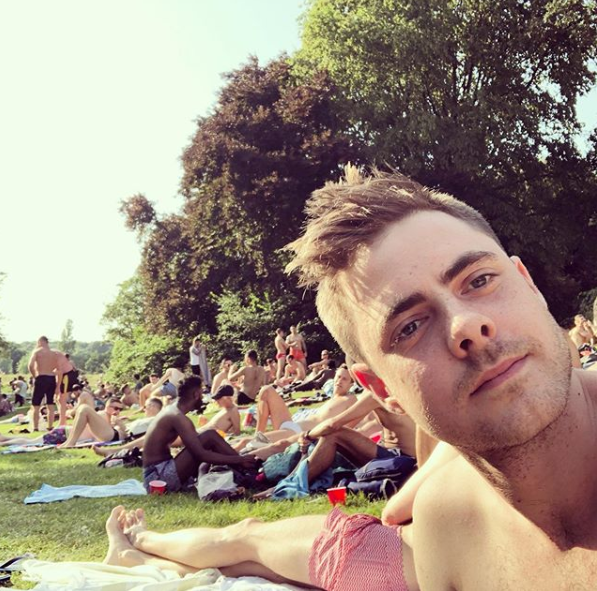 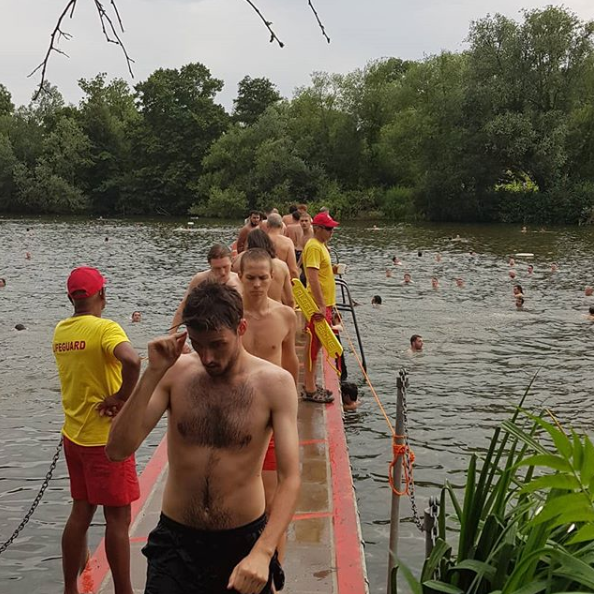 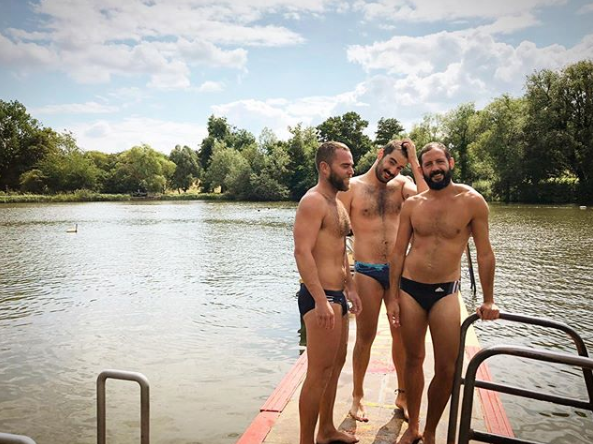 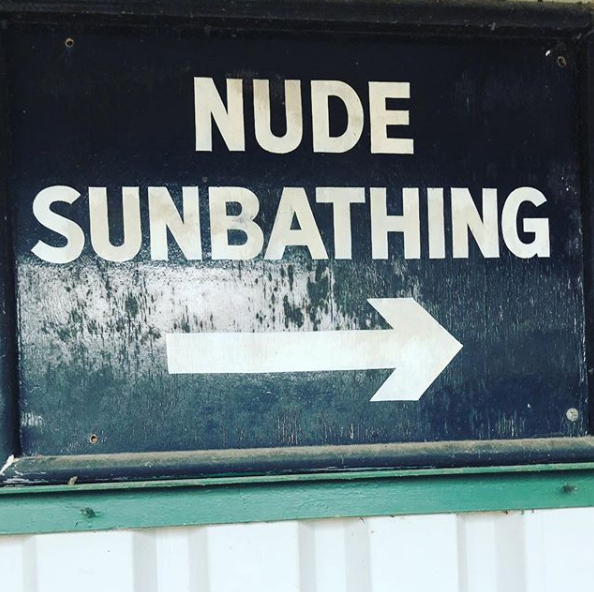 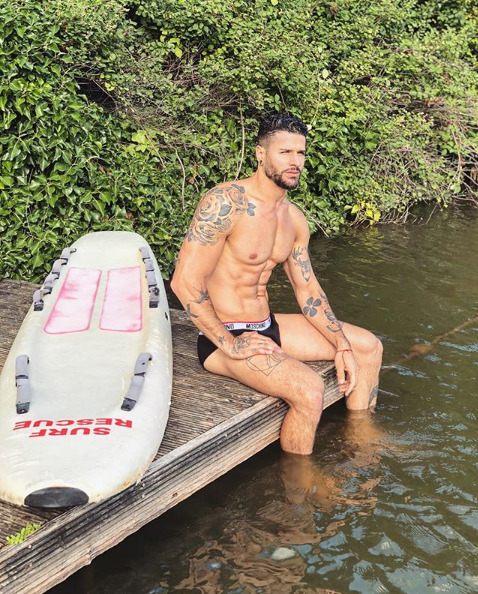 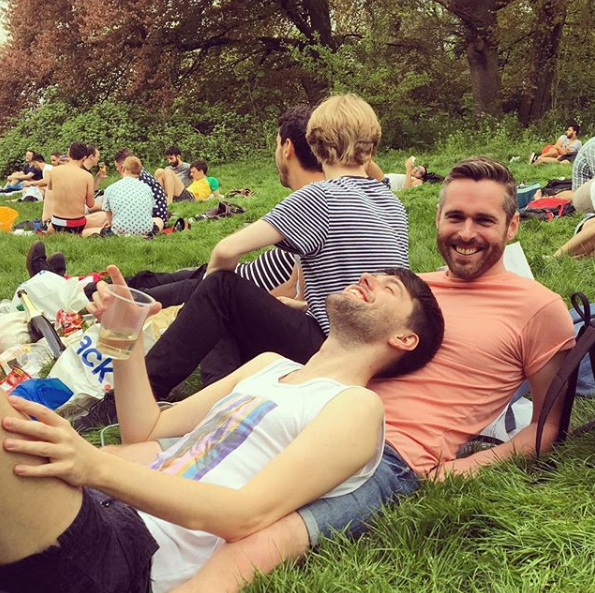 How else can you keep cool in London on a hot day?

London has an extensive canal network  -  the largest is Regent’s Canal, which runs from Paddington to Limehouse.

For most of the year, the paths alongside the canal are the preserve of cyclists, joggers, and dog-walkers. But, once the sun comes out, this is a popular destination for keeping cool by the water.

Our favourite section is just near Hoxton, where the Towpath Cafe serves up breakfast, lunch, and dinner  –  all with an Italian twist.

On the south side of the River Thames, between Blackfriars Bridge and Embankment, the Southbank precinct provides the perfect place for some romantic promenading.

Bars, restaurants, and theatres line the riverbank, and couples wander along dreamily hand-in-hand.

There’s lots of restaurants, as well as pop-up food stalls. You can’t beat just sitting in one of the deck-chairs outside the British Film Institute and watching the world go by over a drink or three.

While London’s tube system is a fast and efficient way to get where you need to go, it’s not a public transport system that was designed to cope with hot weather. Even on slightly warm days, getting on to one of London’s underground trains can feel like you’re entering a Bikram yoga class. The best option is to try and avoid public transport if possible. Use the hire bike system to get around town – there’s stations pretty much everywhere and it’s easy to use.

Wherever you are in London, you’re never too far away from a park of some kind. Grab some take-away drinks from the nearest off-licence, a towel or blanket to stretch out on, strip off and work on your tan.

Is this the gayest underwear in the world?