Kicking off on 7 February in East London, Queer Night Pride is a series of protest events to empower London’s LGBTQ community.

I caught up with Dan Glass – one of the organisers – for the low-down on what’s happening.

1What prompted you to organise Queer Night Pride?

It’s a response to the massive rise in hate-crimes. Currently in London there are 55 attacks a week. Since Brexit took place on 31 January, ordinary citizens are already witnessing horrific assaults on marginalised populations and far-right politics have emboldened a new era of fascists. Homophobic hate-crime reports soar but charges fall. There are fewer prosecutions despite the rising number of complaints.

Police data shows that the number of homophobic hate crimes reported to police have more than doubled in the past five years – yet only 8 percent result in prosecutions. Reports of homophobic abuse recorded by UK police forces soared from 5,807 in 2014-15 to 13,530 in 2018-19. But the number of prosecutions dropped from 1,157 to 1,058 over the same period. That’s a fall from 20 percent of all reports to 8 percent.

Everyone is welcome to join to protest against the new wave of brutal attacks against marginalised communities across London.

You’re organising a march each month – Haggerston, Vauxhall, and Soho. What’s led you to take that approach?

A one-off event isn’t going to be enough. We need an ongoing, sustained campaign to raise awareness and bring the community together.

Haggerston and Hackney is first on 7 February, the second will be in Vauxhall on 6 March, and the third will be in Soho on 3 April.

Why is it important to articulate that this is a protest movement?

We will not tolerate the hate-speech and violence inflicted upon us, and the murder of our lovers, friends & our LGBTQIA+ families and communities. There has been a rise in hate crimes committed against LGBTIQA+ and other marginalised people in the UK, but even one attack is one too many.

In the UK, the battle for legal equality for Lesbians, Gay Men and Bisexuals has made great progress, yet this is not the reality for our Trans and Non-Binary family. The equality fought for and legislated by the usually white, cis, heterosexist establishment has not delivered true safety or liberation to many of us. Black people, People of Colour, Disabled people, Homeless and Vulnerably Housed LGBTQIA+, Women, Trans, Non-binary, Gender non-confirming, Butch Dykes, Femmes, Drag Queens and Sissies and Fags are often at the front line of attack. Shamefully, this is not only from society at large but sometimes within our communities.

The reality is we are under attack, Femme to Masc. We fight back.

How does Queer Night Pride fit within London’s history of queer protest and activism?

2019 was the 50th anniversary of the Stonewall Uprisings that gave birth to the Gay Liberation Front in 1970 who then started Pride in London in 1972. These few years create a critical opportunity to learn from the founders of Pride to continue the struggle for Absolute Freedom for All.

Our movement was born out of rage and riots. We will not be driven back into the closet. We will meet all attacks with resistance and protest.

Are there any killer placard slogans that you’ve been work-shopping?

Before parties there were protests!

Homophobic? Beat yourself up about it.

Heterosexuals are sodomites too!

What do you hope that people feel when taking part in Queer Night Pride?

That people feel they are part of something so much bigger. The dream of homophobes, bigots, and fascists is to isolate us and all people they deem to be ‘the other.’ Now is the time for everyone to challenge a narrow-minded supremacist culture and stand tall, together. 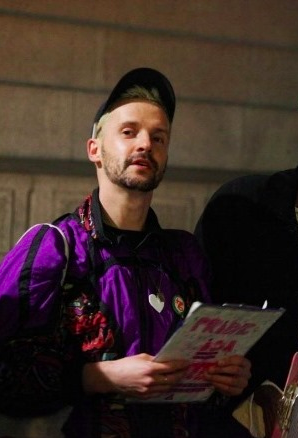 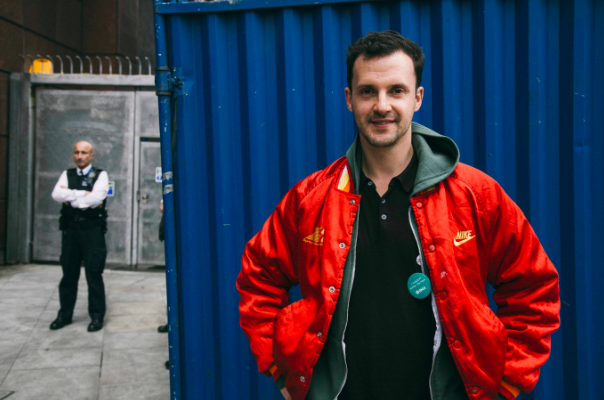 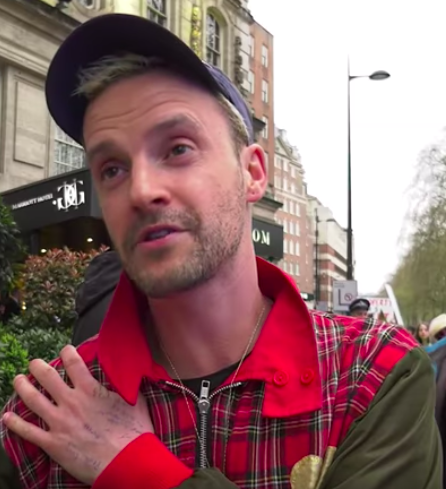