Naturally, I asked my then boyfriend if he’d like to read that first story, and he said yes. He not only enjoyed it but also had some helpful constructive criticism. So that got me started, and I’d write more stories to entertain him and get his feedback.

Once, when I’d finished a new one, he asked me to read it aloud to him in bed, which was fun. The stories were a way to turn him on with fantasies that had turned me on.

Of course, that relationship ended – amicably – before I’d written even half the stories in the book, but I eventually shared the whole book with the new man in my life, and he’s the one I dedicated it to.

Where do you draw your inspiration from?

Certain settings and situations were inspired by places I’ve been or things I’ve known about, but nothing that actually happens in any of the stories is autobiographical, although I wish a lot of it were!

Usually, I come up with an idea and realise that it’s just a sexy situation, not a story, so then I have to find a story in the situation. But they do keep popping up – I’ve already written almost a dozen stories for a follow-up collection.

I’ve spread the word about the book to quite a few people I know – they were all surprised that I’d written anything like this.

Revealing so much of myself to an anonymous general readership is actually easier than telling people who know me.

Who is your target audience for these stories?

I’m aware that the most popular authors of gay erotica and romance are women writing for women. There’s nothing wrong with that, but as a friend of mine pointed out, so often the stories are about a butch, super-masculine man getting together with a slim, feminine one – you can’t help wondering why some of these authors don’t just write about straight couples, if that’s what they’re sublimating.

Female friends of mine, both straight and lesbian, have read and really enjoyed the book, so it’s nice to know that women can appreciate it too, but I really wrote it for gay men.

Quite a few of the stories involve having sex while being watched.

What do you hope that people feel when they read Boyz At Play?

I hope gay men find the stories a turn-on, but I hope any readers will also enjoy them purely as entertaining stories. 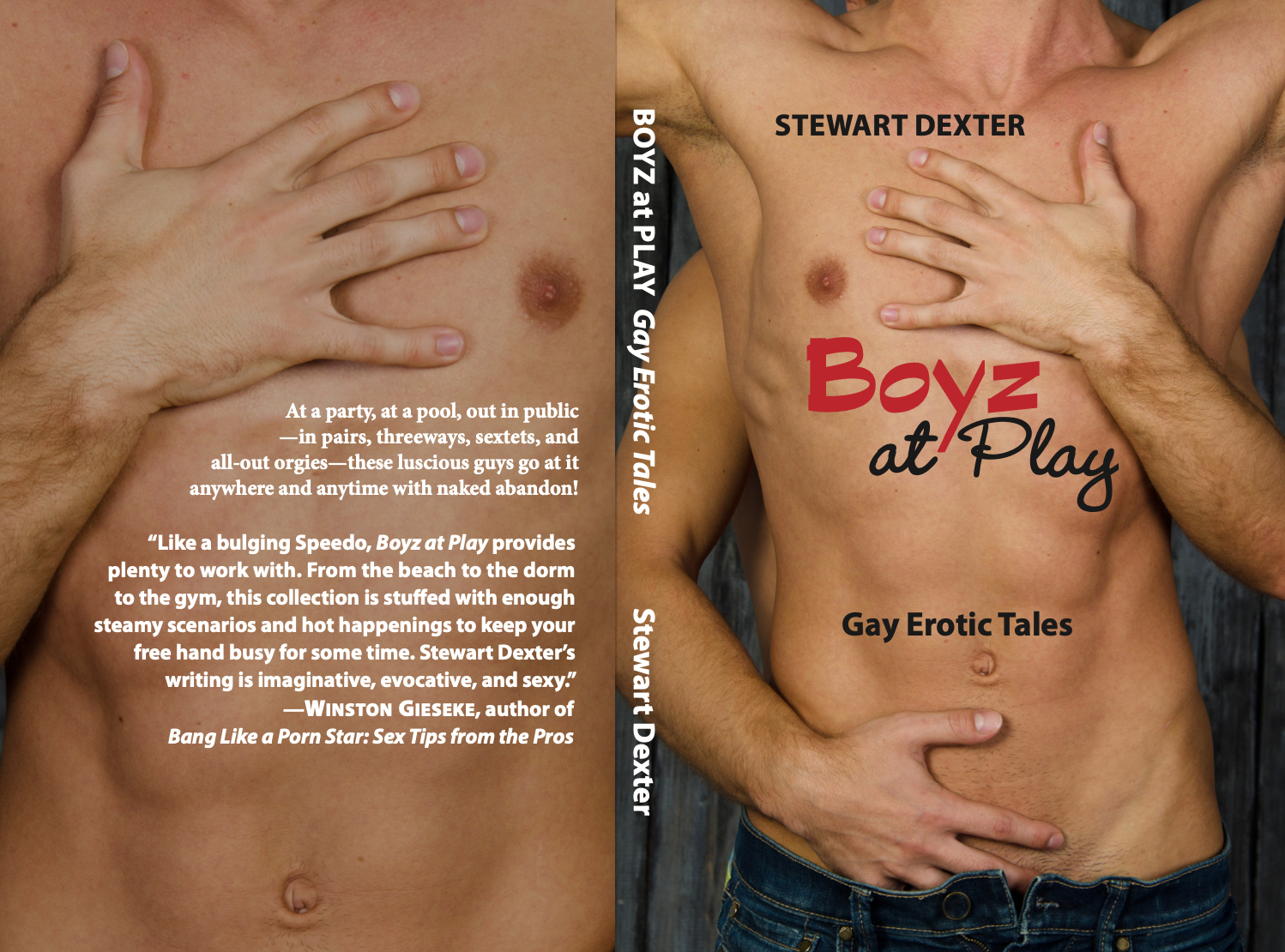