Boys on Film is a continuing collection of short films that explore the LGBTQ experience. The theme that connects the films included in Volume 19 of the series is No Ordinary Boy.

One of the films included in this collection is No More We from filmmaker David Fardmar.

We caught up with David Fardmar to talk about the film.

It started as kind of a therapeutic writing process, after my second break up from a four-year relationship, to try to pin-point what went wrong with those two relationships – to see if I could find a pattern in how I acted. But then, it evolved into something more and bigger when I started to talk about break-ups and separations with my friends. For me, it was a very personal story, but then I realised that it also was a very universal story about love, and about love that’s lost.

I can’t deny that one of the characters is more based on ‘me’ and the other one is a mix of my two ex-es, but I’ve just tried to create two interesting characters that I want to portray and see on the big screen. It’s fiction, not a documentary. When I look at the film now, I don’t really see myself or my ex-es on the screen, I just see Adrian and Hampus.

Why are break-ups always so painful?

I’m a real sucker for break-ups, ending things, leaving – I’m very nostalgic, I think about what could have been. But, in hindsight, I’ve actually had pretty ‘good’ break-ups, and both my ex-es are still very good friends of mine.

I work as a casting director here in Sweden, and I’d met both Björn Elgerd (who plays Adrian) and Jonathan Andersson (who plays Hampus) before, and cast them in films here in Sweden. So, when I started to write this script, I already had them in mind because I really wanted to work with both of them in my own project.

I did a kind of a casting session just to see them together on the screen, but in my head they’d already got the parts, I just didn’t tell them.

They’re such talented actors – great to work with, and also awesome to hang around with, so we’ve all become good friends. We shared our own personal break-up stories with each other, and they bring so much more to the film and on the screen than I ever could imagine in my dreams.

What does this film tell us about some of the complexities of gay relationships?

Love is universal, break-ups are universal, so everyone can relate to this story. I never think of the characters or story as gay, they’re just two homo sapiens.

Sad. Love. That they need to cherish their partner and maybe take care of their relationship a little better. But, if the relationship isn’t healthy, it’s actually better to leave then stay in it for too long. 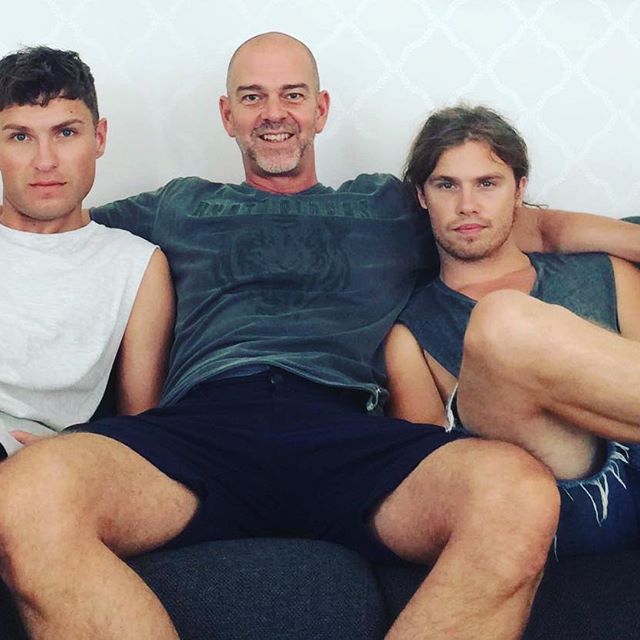 Boys on Film is distributed by Peccadillo Pictures