Culture
Home›Culture›How do you become a life model who gets naked for an art class?

How do you become a life model who gets naked for an art class?

The team at Figuration have created an animated short film that explores the experience of being a life model.

Nude Triumphant brings together the lived experiences of people working as life models, illustrating their stories with watercolour animation.

We caught up with the film’s writer, Roy Joseph Butler, for a behind-the-scenes look at Nude Triumphant.

What was the initial inspiration for the Nude Triumphant project?

The inspiration came from a blog I wrote over six years ago, called A London Model – I wrote it for my Tumblr series, Literary Impressions.

I’d just read London Triptych by Jonathan Kemp, where we get introduced to a life model – someone who’s very peripheral to the story – giving some context to the journeys of a couple of characters over two time periods, but nothing more. I don’t remember him having a name, although he may have. He was never centre stage in any action, although that’s exactly where a model is.

I’d been life modelling for perhaps a year by that point, so I was thinking a lot about my experience as a nude artists’ model. I wanted to compare and contrast it with the archetype in London Triptych, so that’s what I did. I wrote about me as a London model.

My friend, now husband, Leo Crane was one of perhaps a handful of people to have read A London Model. It was he who was inspired to do something with it. Leo’s an animator and fine artist, so it made perfect sense to combine those qualities to give voice to my story.

What were the key messages that you wanted to convey with this story?

Lock-down was a funny thing. It enforced a lot of stopping. In turn, it encouraged lots more reflection than I think a lot of people were used to.

This isn’t a lock-down film as such – we were pretty close to finishing all of the production assets by the time Covid-19 came along. But it’s uncanny how it reflects the notion of stopping to find or stopping to live differently, perhaps better.

How did it feel to see yourself represented in this way through animation?

It’s surreal. I love it. Somehow it also fits with what it feels like to model. It’s fluid, solid at times and abstract, loose, in others. What I feel like when modelling – such as flying – can be expressed through animation so easily.

Has this project fuelled your appetite for more film work, more collaborations, and more writing, or are you turning your focus back to your work as a life model?

I still model, but less and less, and we will still be hosting life modelling events. However, writing has become something I always wanted it to be – real.

After scripting Nude Triumphant, I’ve turned to other film projects, for both the Figuration studio and as external production.

The Figuration studio is also developing art installation and multi-media projects that start with animation and often end with it. Visual storytelling is what we love doing, so watch this space for future film projects!

What can you tell us about the Starkers Academy Ball that you’re presenting in Brighton in May 2021?

The Starkers Academy Ball will be simply fabulous! We were actually meant to launch it, with the film, at Brighton Fringe Festival this year, but lock-down and all. So, Brighton Fringe 2021 here we come!

We’ll take over The Latest in Brighton all day, starting with a standard life drawing experience in the day. Come evening, we’ll show Nude Triumphant and host a panel with creatives involved in the making of the film. We have also created a live-action doc called Exposed: Inside the Starkers Academy which may also be aired on the night.

Finally, the piece de resistance, the Ball. And the category is: Nude Realness.

This production will be a theatrical feast hosted by the Professor, the Starkers Academy matron who looms large in Nude Triumphant, and will feature many of the model personalities from the film. Think cabaret meets life modelling meets performance meets the red carpet in a fine art smorgasbord supreme.

There will be drawing for all abilities, oodles of celebration and joy, and the Professor will bring the house down with her wit and flair. The Starkers Academy Ball should be live for ticket sales by November 2020 on the Brighton Fringe Festival website.

What do you hope that people feel when watching Nude Triumphant?

I hope, above all else, that they enjoy it. It will grab people in different ways, and some people will identify with it while others won’t.

But more than the messages and themes and subject, this is a film that is about fun, humour and vivacity.

Sit back, switch off and welcome to the Starkers Academy! 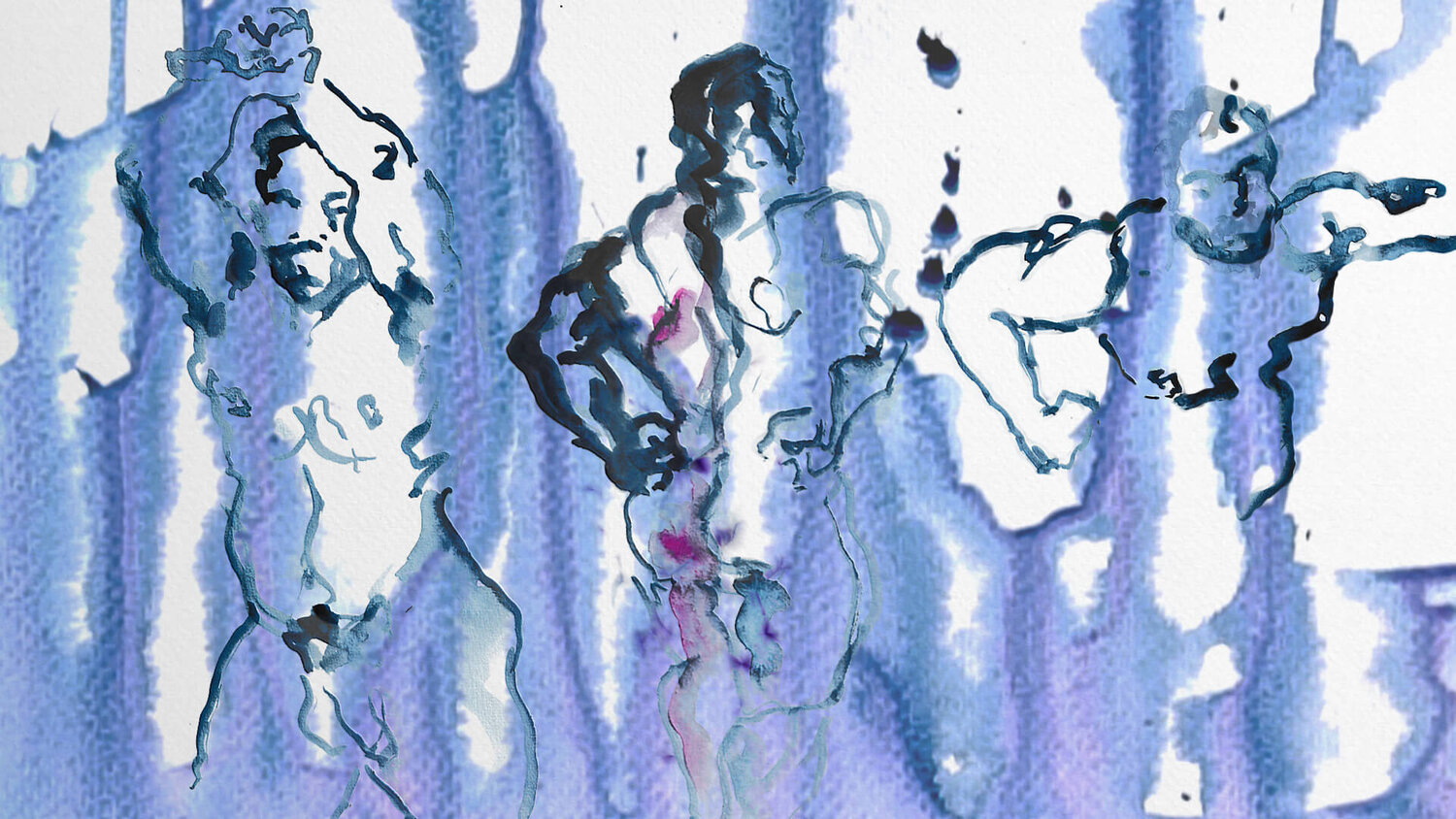 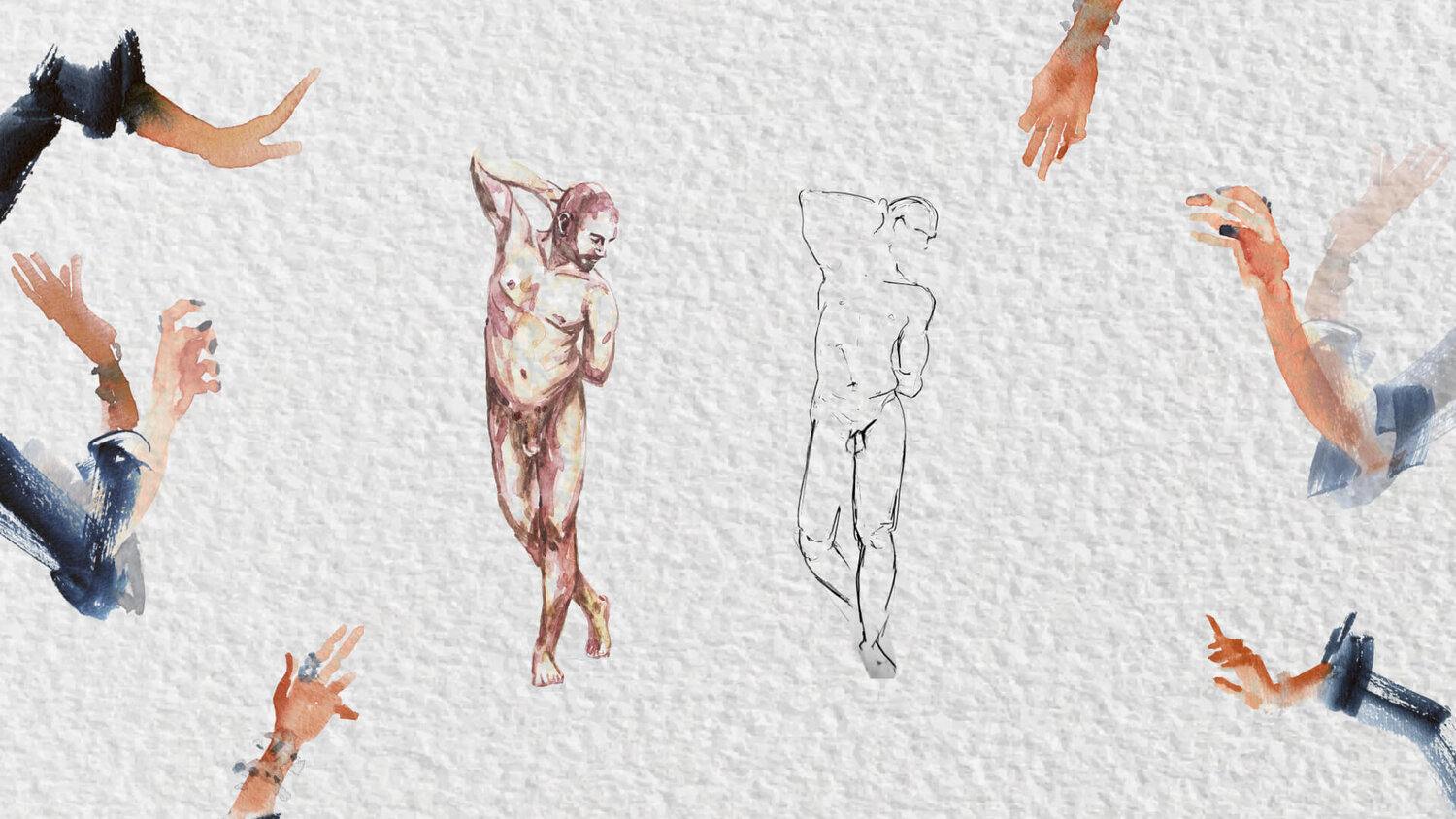 What’s going on in Saudi Arabia?