Featured
Home›Featured›Could there be a gay king of England?

Could there be a gay king of England?

While we’re not making any assumptions about anyone’s sexuality, it does cross our mind occasionally that it’s not beyond the realms of possibility that an heir to the British throne could turn out to be a gay guy.

So, how would that work?

The British monarchy is built on its traditions. The throne dates back to Alfred the Great, who emerged as the first King of England in the year 886.

The current ruling family – The House of Windsor – came to power in 1901.

Things don’t change quickly in the world of the Royal Family, but change does happen.

Queens on the throne

Women have always played a powerful role in the rule of England and the British Isles, but it was Mary I who is recognised as the first woman to take the throne and rule as Queen. Mary was the daughter of Henry VIII and his first wife, Catherine of Aragon.

Mary’s rise to power came as a result of Edward’s untimely death. Edward – who had been crowned as King at the age of nine – died of ill-health at the age of 15, without leaving any children. Under the provisions of the Third Succession Act, Mary was next in line to the throne.

Mary’s claim to the throne was disputed by the powerful nobles that surrounded Edward VI, but Mary gathered an army and seized the crown in 1553. Mary ruled until her death in 1558.

It became an accepted part of the constitution of England, and subsequently the United Kingdom, that it was Parliament, through its legislation, that controlled the succession to the throne. This was consolidated by the Bill of Rights in 1689, and further strengthened by The Act of Settlement in 1701.

Since Mary I, there have only been five women to rule as Queen – Elizabeth I, Mary II, Anne, Victoria, and Elizabeth II. The convention was that the claim of sons would always take precedence over the claim of daughters.

Under the terms of The Act of Settlement, Roman Catholics were ineligible to claim the throne. It was also a requirement that the British monarch must be a communicant of the Church of England.

Equality between men and women

It was only in 2011 that equality came to the rules of succession.

A proposal that gender no longer be a factor in determining the line of succession was agreed by the 16 heads of the Commonwealth countries that are ruled by the British crown. This was formally enacted through legislative amendment by the British Parliament with the Succession to the Crown Act 2013.

Also changed at this time was a lifting of the ban on the monarch being married to a Roman Catholic. This effectively confirmed that the spouse of the monarch did not have to belong to any specific religion.

The current line of succession

As things currently stand, with King Charles III on the throne, the line of succession is as follows:

Could a gay Prince become King?

The Succession to the Crown Act 2013 is silent on the question of sexuality. There’s nothing in the legislation that requires the British monarch to identify as heterosexual, or any other specific sexuality.

It wouldn’t be the first time that the throne was held by a gay man. It’s widely accepted that Edward II – who ruled from 1307 until 1327 – was gay. But he wasn’t the only one. Other monarchs that are also believed to have dabbled in a bit of man-on-man action include William II, Richard I, Richard II, James I, and William III.

Could a gay King get married?

Under the current provisions of the Succession to the Crown Act, this first six people in the line to succession can only marry if they have received the consent of the Sovereign.

This means that if a gay Prince was within sight of the throne, and wanted to get married, they would need to get the consent of the monarch at that time.

As a result of the 2013 amendments, the British monarch still has to be a communicant of the Church of England, but they can be married to someone from any religion – or, presumably, an atheist.

While the Church of England doesn’t perform same-sex marriages, there doesn’t appear to be anything stopping a gay Prince marrying a man in a civil service – as long as the reigning monarch consents.

The husband of a gay King would be referred to as Prince whatever-his-name-is.

What would happen in terms of children and future succession?

As the laws of succession currently stand, it’s only the biological children of the ruling family that are eligible to take the throne.

If a gay King adopted a child, that child would not be eligible for the succession.

However, if there was some sort of surrogacy arrangement, that would satisfy the criteria – the biological children of the gay King would be eligible to take the throne.

If there were no children, then the line of succession would continue through other members of the family.

All of this seems to be good news for any gay princes out there. 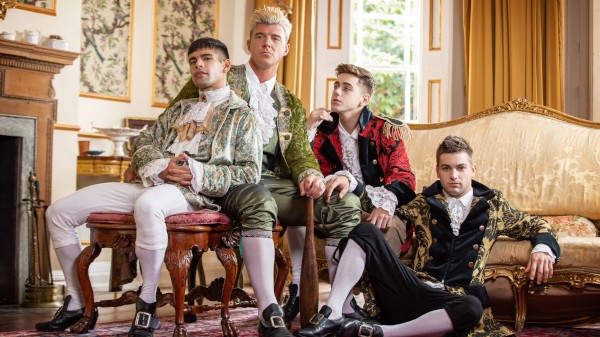 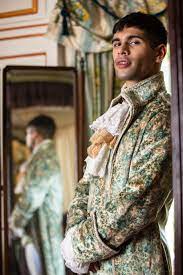 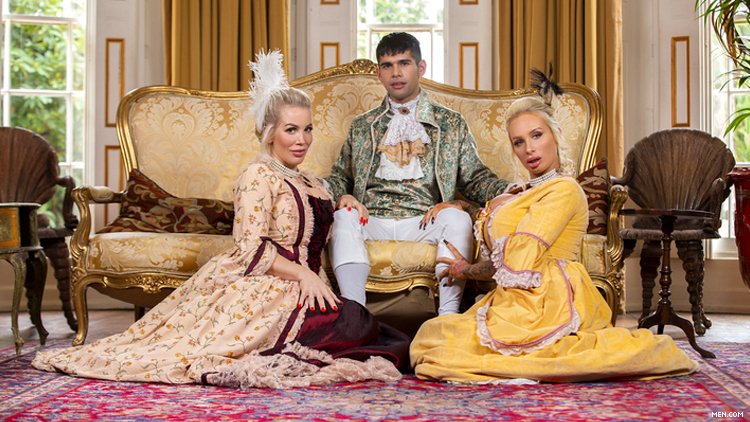 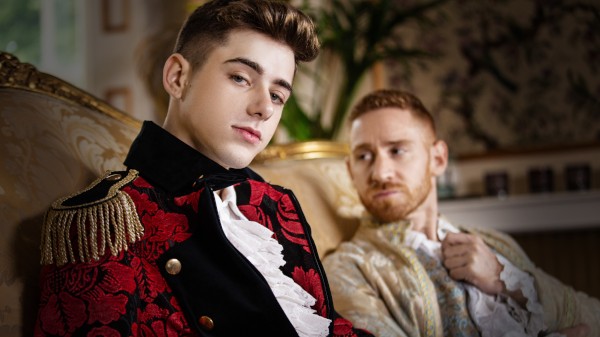