Heroes
Home›Heroes›Janelle Monáe is All In

Janelle Monáe is All In

Turntables is a track that Monáe has contributed to a documentary called All In: the Fight For Democracy.

Directed by Lisa Cortés and Liz Garbus, the documentary features Stacey Abrams and examines the history of voting rights in the US.

“It’s actually capturing what it is like to feel and to see and smell the tables turning – back into the hands of the marginalised…” explains Monáe, discussing the track with the Guardian. “I was able to make a song for the revolution that we’re in right now. What is a revolution without a song?”

As well as being one of the world’s most exciting recording artists, Janelle Monáe continues to be recognised for her acting. The next project in the pipeline is a role in horror film Antebellum.

Written and directed by Gerard Bush and Christopher Renz, Antebellum gives us the story of author Veronica Henley (Monáe) who finds herself trapped in a horrifying reality and must uncover the mind-bending mystery before it’s too late.

Originally planned for a release in April 2020, the global pandemic has been playing havoc with the plans of the film industry.

The film’s producers eventually went with an on-demand online release in September, supported by a limited cinema release.

“While we designed Antebellum to be consumed as a communal experience in the theatre, we are thrilled by the unique opportunity we have to pivot to a different kind of communal moment in our culture…” explained filmmakers Gerard Bush and Christopher Renz. “As we face the realities of systemic racism in our country, which have crescendoed to this current inflection point in 2020, we understand how imperative it is to bring Antebellum to the broadest audience possible, while also prioritising health and safety. It is our ardent hope that by sharing our film widely, both nationally and internationally, we will transform the movie-going experience from home into a true event.”

Who is Janelle Monáe?

The Kansas-born Atlanta-based triple-threat that is Janelle Monáe first hit our radars in 2010, as a pompadour-sporting, tap-dancing, androgynous belter.

Monáe could sing, she could dance and she could rap. She rocked an aesthetic that merged vintage Broadway heart with afro-futurist rebel vision. She wore a tuxedo-like ‘uniform’ to honour her working class lineage – her mother was a janitor, her father a refuse collector. She showed Prince-levels of ambition with her sound – a sound that is a cinematic, genre-defying opera of funk, soul, R&B, art-rock, doo-wop, and classical. 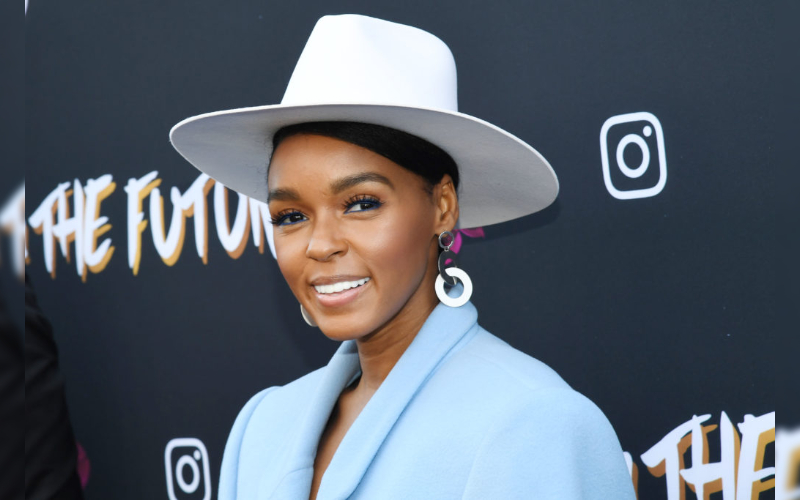 Two brilliantly inventive and deeply queer concept albums followed – The ArchAndroid in 2010, and Electric Lady in 2013. Both albums were released via Monáe’s own label, Wondaland, and centred on an alter-ego protagonist, Cindi Mayweather, a time-travelling cyborg loved by women and men alike, sent from the future to liberate the oppressed. Through Cindi, Monáe revealed an artist of vision and intent, an artist committed to centring the Other in her work.

That commitment transferred to the silver screen when Monáe moved into film, earning critical acclaim for her debut roles in Moonlight (2016) and Hidden Figures (2016) – films that re-framed hidden black experiences.

What do LGBTQ people think of Janelle Monáe?

Django Jane, with its fierce, staccato “black girl magic”, was instantly quote-worthy. The influence of her late mentor, Prince, is immediately apparent on Make Me Feel, with its wild funk and bisexual lighting.

“I’m a little intense about how much I love Janelle’s music. It’s intimidating my friends, and particularly my partner…” says Toby, 25, from London. “I barely listen to anything else.”

Toby has been a fan since first sight, when he saw the televised performance of her Glastonbury set. It included this “totally unhinged” performance of Come Alive.

“The first videos I saw of hers were Tightrope and Many Moons, on the same day. I was completely hooked, instantly…” he says.  “I spent ages pausing them and analysing them. The combination of this magical realism, Philip K Dick type sci-fi, afro-futurism – which I only read about because of her – then the themes of slavery, sex trade, liberation and sexism, it just totally blew my mind.”

Rachel, 36, from London, had a similarly immediate reaction.

“All I remember is seeing the video for Tightrope. I watched it pretty much on repeat for a week…” she says. “That was it for me. I was fairly freshly out of a long-term relationship, and in a pretty intense and challenging phase of my career when I first saw the video. I couldn’t get the song out of my head. The idea of walking that line, keeping your balance and holding onto yourself and who you are in the midst of all the shit all really spoke to me. Plus, how incredibly hot and strong she looked in a suit!”

As Toby points out, that now-iconic uniform was frequently misread by the straight mainstream.

“You know the line in Django Jane where she says ‘runnin out of space in my damn bandwagon, remember when they used to say I looked too mannish?’?” asks Toby. “It made me, like, dry sob – because I do!”

“I remember being so angry in those early years that people kept denying her womanhood…” continues Toby. “People acted confused because she had short hair – even when I was experimenting with my own gender by presenting in a similar style. These white reviewers kept going on and on about how ‘ambiguous’ she looked. I felt she was very clearly asserting herself as a woman. It obviously wouldn’t make her any less beautiful to be non-binary. I felt like they wanted to call her a man because they didn’t want to admit that beautiful women of colour could dress that way – for themselves.”

While Monáe’s aesthetic is undoubtedly part of her appeal, her lyrics are equally noteworthy.

“Q.U.E.E.N still makes me cry sometimes…” says Toby. “That line she says twice: ‘Even if it makes others uncomfortable, I will love who I am.’ God, I needed to hear that so badly. I kept saying it and saying it and touching my lips like I’d just been kissed very softly when I first heard it.”

Also part of Monáe’s appeal is her openly politicised stance around gender, race and feminism. She’s been a powerful and vocal supporter of the Black Lives Matter movement.

“Her face should be on money and stamps…” believes Rachel. “I love that she’s out there, creating and fighting for change, and being part of it. She’s really come into her power. I can’t wait to see what she does with it.”

“Her music gives me a lot of strength and a lot of sensitivity…” says Toby. “I’m very proud and inspired by myself when I listen to her music. She makes me a better feminist, more sensitive about kinds of racism I don’t experience. I learn a lot. I get emotional because of some of the things she’s saying and that’s good. Men should cry about this stuff.”

What does Janelle Monáe say about her sexuality?

Over a year since she talked publicly about identifying as pansexual, Monáe has told In Style that some of her family members have not accepted her sexuality.

During the interview, Monáe spoke about being a queer black woman in America and how she initially identified as bisexual, having been in relationships with both men and women but then discovered pansexuality.

While she’s received a lot of support from fans and friends for her decision to come out, Monáe has revealed that not all of her family have been as understanding, but she doesn’t hold it against them.

“The majority of my family grew up Baptist, and the sermons would all be around how if you are a homosexual or if you’re gay and you don’t repent and live a hetero-normative life and get married, then hell is your final destination…” Monáe explained to In Style.

What I learned while working within the ...