Dinner theatre with a powerful message

POST, still touring the UK and the EU, is a theatre show devised and performed by Xavier de Sousa and is an exploration of what it means to be a migrant – asking questions about national identity and the idea of belonging.

Xavier becomes a dinner host and welcomes members of the audience to join him for some delicious Portuguese food and potent cachaça so we make merry, make new friends and challenge what exactly make a ‘nation’ though often hilarious conversation.

Means Happy caught up with Xavier during his show at the Battersea Arts Centre, at a time when Brexit is undecided and the status of 3.6 million EU citizens is, worryingly for Xavier and many others, undetermined in the UK.

Has prejudice against EU migration increased as a result of Brexit?

I know of at least four queers who are moving back to their homes on the mainland.

Has it affected your work life?

Beyond the street, where public harassment has become more heightened, there has been an area which people haven’t really looked into – the business and arts industry’s hostile environment. There have been a series of initiatives that have cut migrants’ access to making work in the arts. Foundations who demand non-irregular residency status, for instance. Or, well-known producing companies and centres restricting who gets access to their programmes based on who was born in the UK.

I’m also thinking about the times I was told that my show – POST – wouldn’t get programmed because they ‘already had local British people doing one show in their season about migration’. Or critics dismissing work about migration because they think it is about Brexit only, for instance.

How inclusive were the arts prior to the 2016 referendum?

What happened before the Brexit vote was announced was not pretty. EU migrants were consistently harassed – directly or not – because of their status. But now, there’s permission for that to happen even more.

Do EU queer migrants feel betrayed by the UK?

Yes and no. They do because it affects us directly, but at the same time, Brexit is also a consequence of a system of which we have been granted a lot of privileges from. So, it’s a conflicted mess. Most EU queers I have come across hate Brexit with all their might, but will do nothing at all about the reasons why Brexit has happened in the first place. And I am afraid that without looking at those, Brexit will stick around for a long time, in different forms.

When did you come to the UK?

I moved in the early 2000s, when the whole Cool Britannia was still raging and Britain broadcast itself as an open and diverse nation. I also wanted to discover my queer identity, which didn’t seem possible in Portugal at the time – nor did I know anything about my queer identity, other than I liked boys.

What struck you about being queer in the UK?

Britain’s notion of queerness literally is imported from the US and based around spaces that function for capital gain. And within this, it attracts a false notion of safety. People come to London for safety from prosecution, harassment, and heteronormative agendas, but it isn’t cheap.

Was POST influenced as a result of these untruths?

POST came about around 2014, when I started to feel a little homesick and bored of London’s demands. Personally, I find that the city is very unfriendly towards difference. Queer spaces are more often than not incredibly unwelcoming to people who are not ‘meant to be there’ and i understand that to a certain extent, as it is a fruit of generations of oppression and the need to create spaces and visibility for those who had none over centuries. It is also pretty exclusionary, even for those within our own communities, especially people of colour and migrants.

What advice do you give to queers, from around the world, who are new to London?

London is an open city in contrast to the rest of the UK and Europe. To an extent, that was true for a while, but again, for a certain type of demographic. Street-wise, it is as safe as Lisbon is, for instance. Very relaxed in many places, but don’t try to hold hands with your partner in many other places or you get beaten up.

On a non-street level, it is pretty toxic still. Many queers don’t get access to queer spaces because of the way they look or behave.

London is being ‘capitalist good’ and it is great at making us believe in ourselves, but not at creating bridges with the rest of the world or country, or even the wider communities around us. What use is it for us to be isolated in the capital other than bring in a temporary safety net?

What are the key thoughts you have learnt from touring POST around the UK?

There’s is a lot of work to be done within the gay community specifically, about perceptions of identity and belonging. It is a really complicated mix because self-flagellation as well as assimilation are paramount to the gay experience. Yet these can be antithetical to our ability to live in peace as a community.

Also, most people have no idea about the consequences of national ideology on queer communities. None at all, even queers themselves. And some who do, question who should have the right to access certain systems, as they feel challenged by their own racism.

On one occasion, this French guy came to the table during the final moments of POST in Birmingham, and proceeded to question as to why certain people – meaning refugees – were claiming they were queer when they weren’t, in order to be granted access to the asylum-seeking process. I was pretty shocked as to why someone would put the blame on the queer refugees rather than on the system that forces people to lie – plus, the percentages of cases like this are so small, it is almost revolting this was even mentioned.

How important is it to ensure that EU migrants who have made the UK their home, are given a voice and must be heard?

Throughout the Brexit process, we have never been given a voice. We cannot vote in General Elections. We cannot vote on Brexit. We are second-class citizens. And most people don’t even know that. Once they do, they find it outrageous. And we won’t be able to challenge what is happening, deeply and profoundly and with honest discourse, until we get a voice. Until then, it will just be a bunch of well-off white Brits telling us that we are not allowed a say. Or to go home. Or to keep working so we can prove how good for the country we are.

Catch up with this important and unique piece of theatre at Poole Lighthouse 27th April 2019 and at other venues around the U.K. to be announced soon. 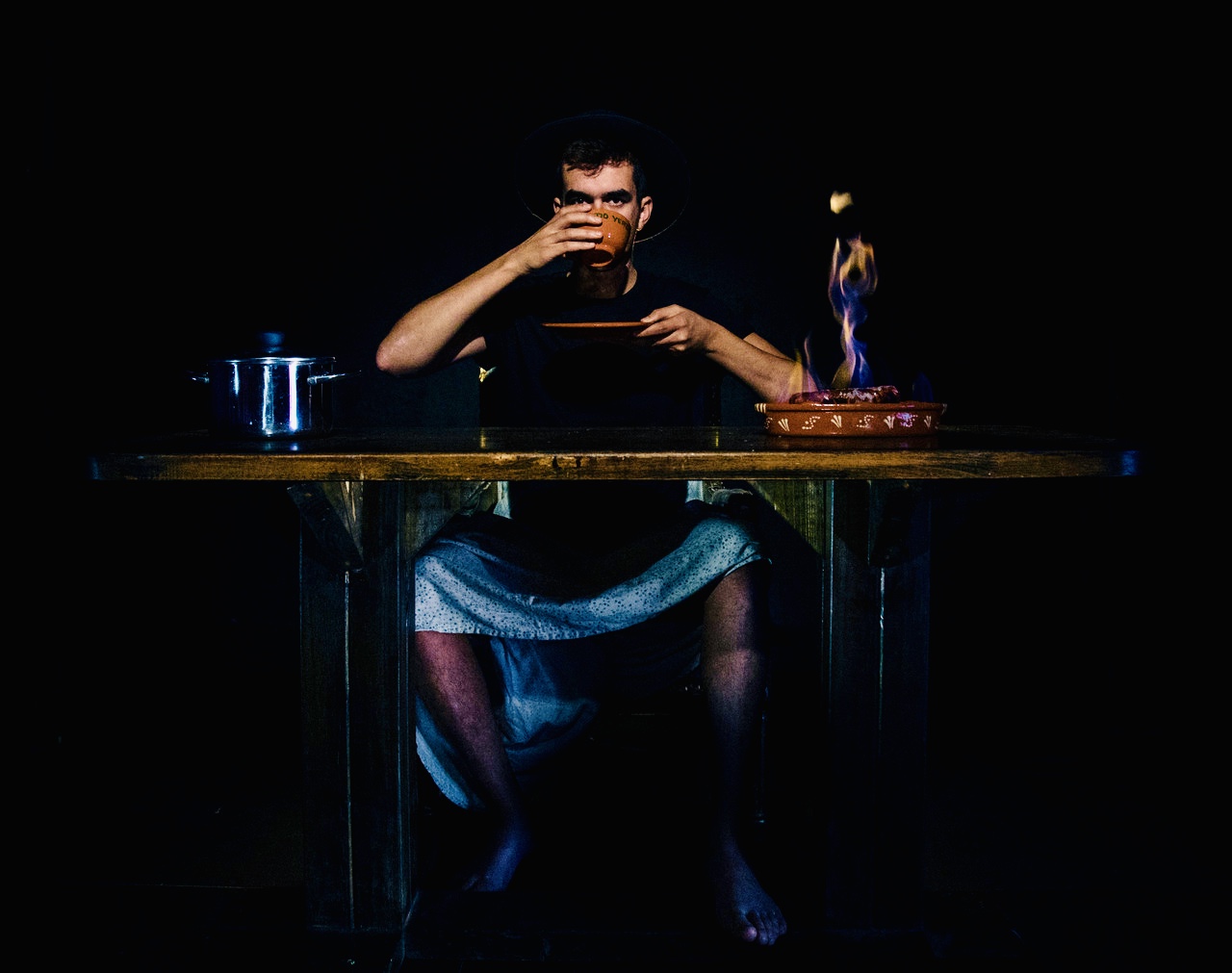 The classic queer movie that you should ...