Edinburgh is a destination that’s high on everyone’s travel wish-list. The city, lifted from the pages of a medieval history book, draws in three million visitors a year.

The capital of Scotland is steeped in rich culture and history, including royalty and literature. It’s also a beautiful city, with a vibrant and contemporary feel.

There are two sides to the Scottish capital. Old Town Edinburgh, which is where the medieval buildings and historic tales are based, and New Town Edinburgh, consisting of Georgian buildings.

In this guide, I’ll be talking about the main things to see and do in Old Town Edinburgh, and why it’s worthy of inclusion on your next itinerary.

Edinburgh Castle and the Royal Mile

This part of the city is normally at the top of the list for those who visit Edinburgh. Take a walk up the Royal Mile, walking past the famous Edinburgh Wool shops, and find yourself at the top of the rock. Built on top of a now extinct volcano, archaeologists have discovered that the rock has been inhabited from the Iron Age. There’s been a royal castle on the rock since the 12th century.

From the rock, you can see Edinburgh’s impressive skyline. Standing at the fortress wall, it’s clear to see that for the royals living at the castle, it was a prime vantage point when on the look-out for any potential attack.

Appreciate the castle for it’s architecture, and the ability to walk where royals walked all those centuries ago. Make sure you visit the Stone of Destiny, an ancient symbol of Scotland’s monarchy. The stone was used for centuries in the inauguration of its kings. Seized in 1296 by King Edward I of England, the stone was built into the new throne at Westminster. It was used in the coronation of monarchs of England and then Great Britain. Christmas Day, 1950, four Scottish students removed the stone from Westminster Abbey. Three months later, it turned up 500 miles away. In 1996, the stone was officially returned to Scotland, and is on display in the Castle’s Crown Room, alongside the Crown Jewels.

You can also visit the room of James VI and I, the King of Scotland in 1567 and eventually England and Ireland. Son of Mary, Queen of Scots, the room of his birth has been renovated for the public. A small room, you can glimpse the coat of arms on the wall. Interestingly, despite being married to Anne of Denmark, it has been discovered that James had romantic relationships with men, most notably George Villiers, writing that ‘You may be sure that I love the Earl of Buckingham more than anyone else. Christ had John, and I have George.‘ 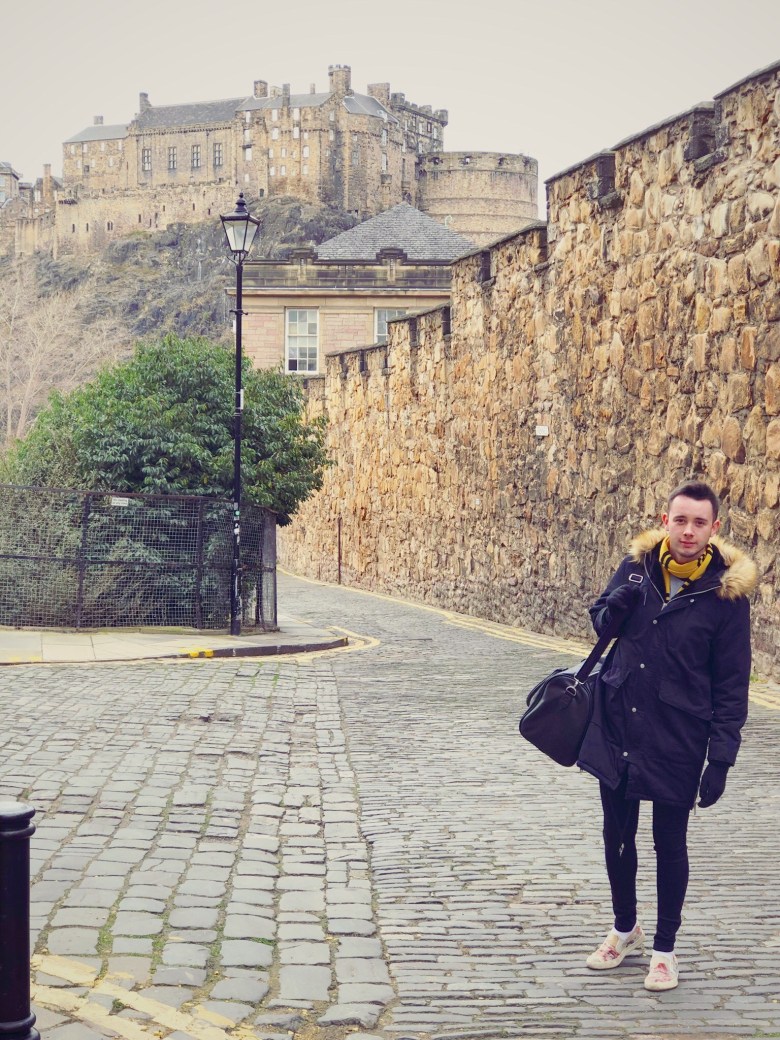 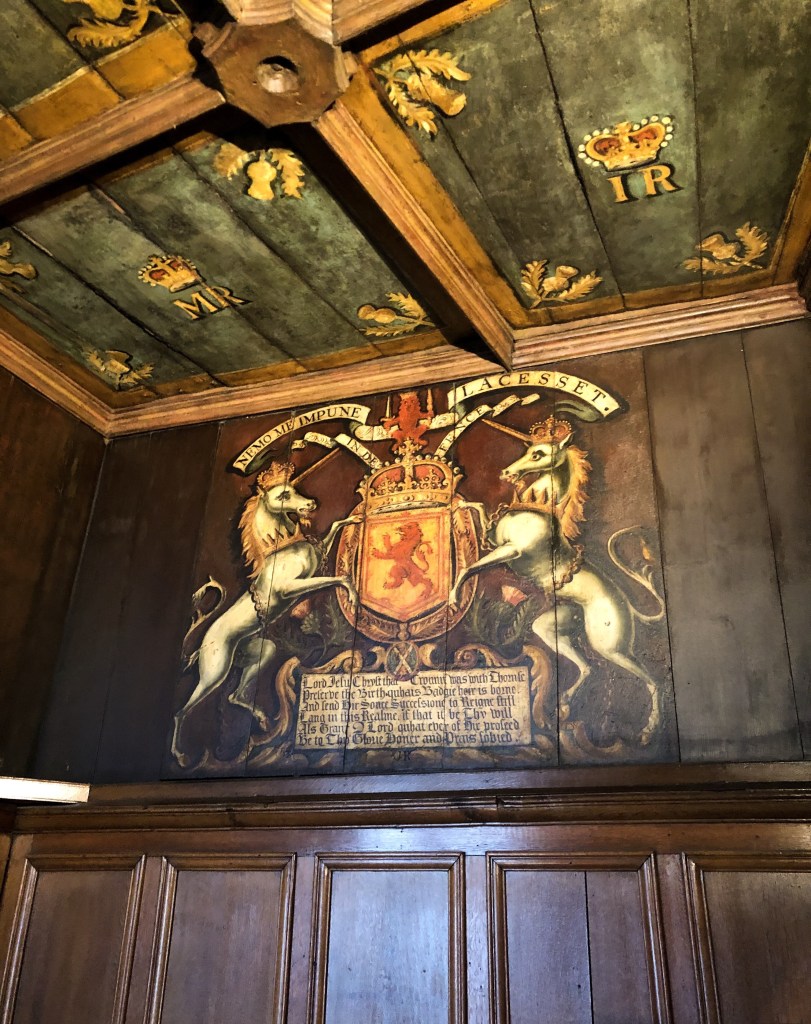 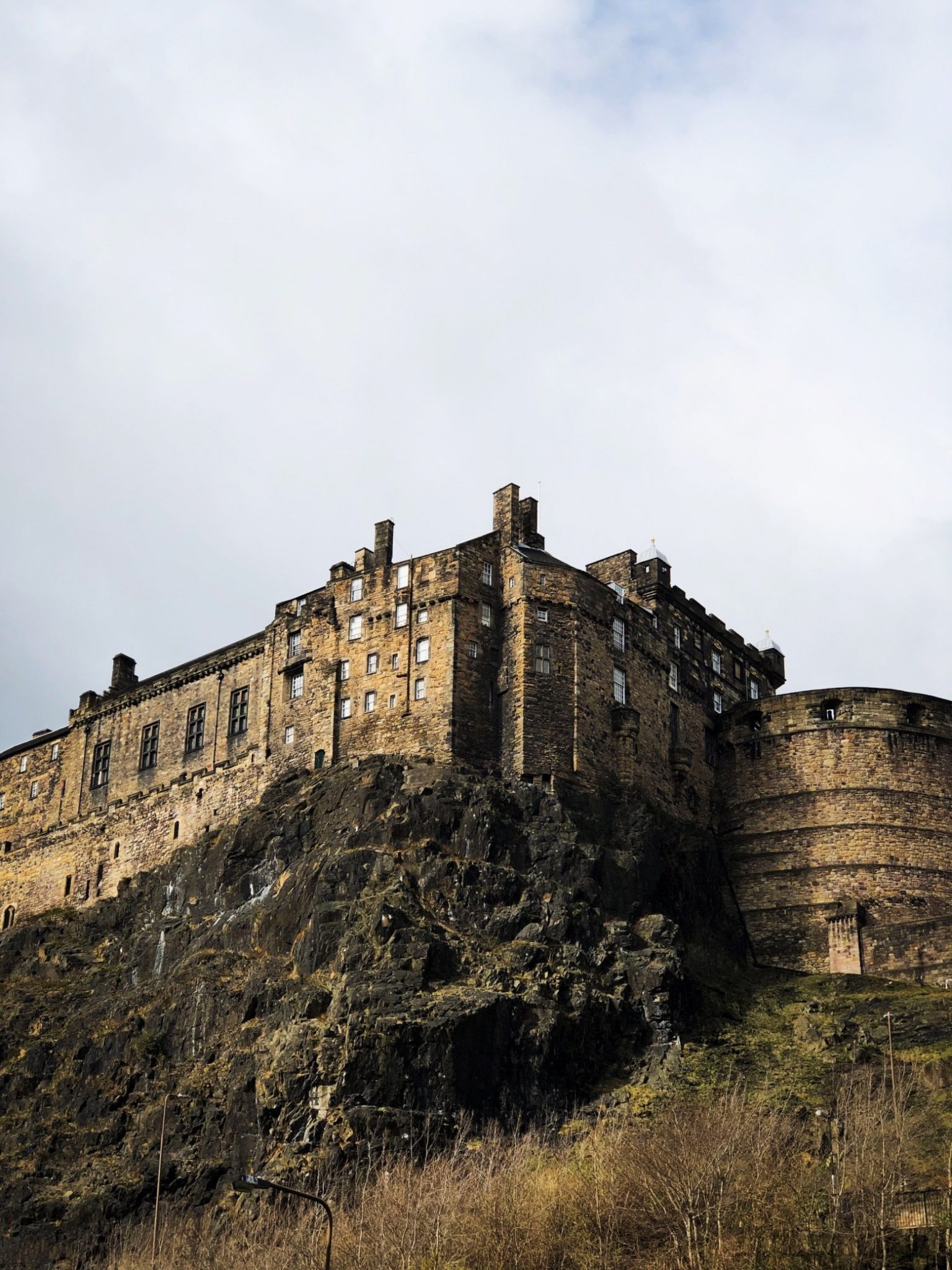 Described as the possible inspiration for Diagon Alley, and known as Edinburgh’s colourful street, Victoria Street is just off the Royal Mile. The curving cobbled road was once called Bow Street, until Queen Victoria took the throne. Stop by Victoria Street and discover the Harry Potter themed shops, and take a picture with the ‘enemy of the heir beware’ mirror.

A fun fact for Victoria Street is the story of Major Weir. Major Weir was known as the Wizard of West Bow Street. He was tried for crimes such as necromancy and ‘supernatural activities’. He was executed for witchcraft in 1670. His house, demolished with the rebuilding of Victoria Street, was rumoured by the locals to be haunted.

A walking tour is a great way to really immerse yourself in the old city. Relive the gory history of Edinburgh’s past, including tales of murder. Explore the haunted buildings and listen to ghost stories. Or even take a Harry Potter walking tour, visiting where JK Rowling wrote, and where inspiration for Harry Potter May have come from. 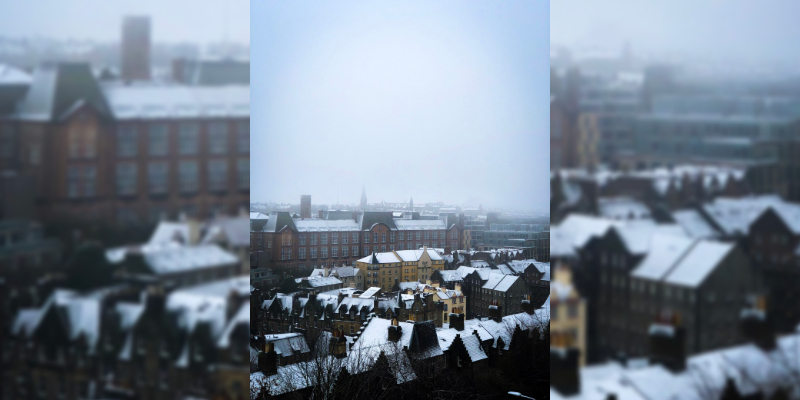 The ‘Birthplace’ of Harry Potter

You might have guessed, I’m a bit of a Harry Potter fan. If you are too, then no doubt you would have heard about The Elephant House. Hailed as the place where J.K. Rowling first wrote Philosophers Stone – it’s likely to be on any Potter fan’s Edinburgh itinerary.

Rowling did write at The Elephant House, spending time writing in the cafe, which has a direct view of the Hogwarts-like. She even did an interview back in the day from inside the cafe.

If you take a Potter walking tour, you’ll soon discover another place – probably the place where Rowling spent the most time writing her novels. I won’t ruin that for you, though. Book the tour and you can discover it! 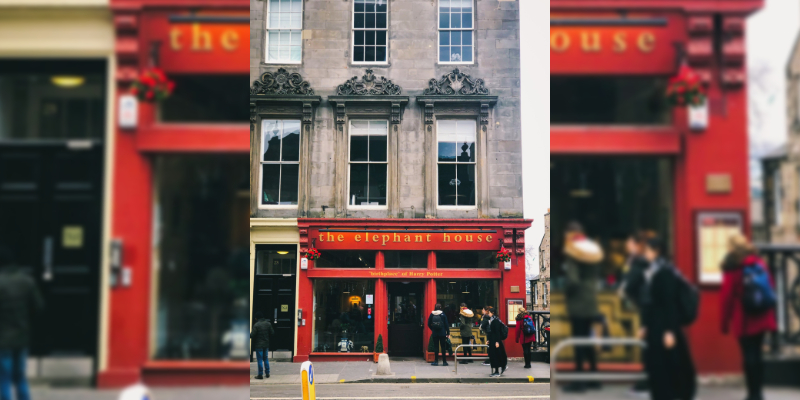 Edinburgh, and Scotland, proudly boasts strong literature links. The museum, found just off the Royal Mile, is in a 17th century house. Inside, you will see manuscripts, first editions, and a writing desk that once belonged to Scott Waverley.

The museum celebrates Scottish writers, such as Sir Walter Scott and Robert Louis Stevenson. Be prepared for curving steps! It’s like being inside a castle! 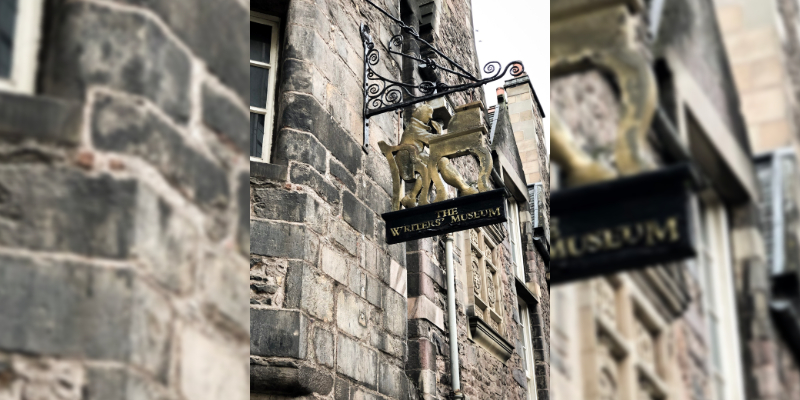 When visiting the National Museum of Scotland, you can explore the development of technology, including old phone systems. Spot an old iPhone, old camera equipment, and see how technology is developing every day. Take your time exploring the history of fashion, with clothing on display from top designers. Admire the Formula One cars, and marvel at scientific discovers – including Dolly the Sheep, the first cloned sheep. 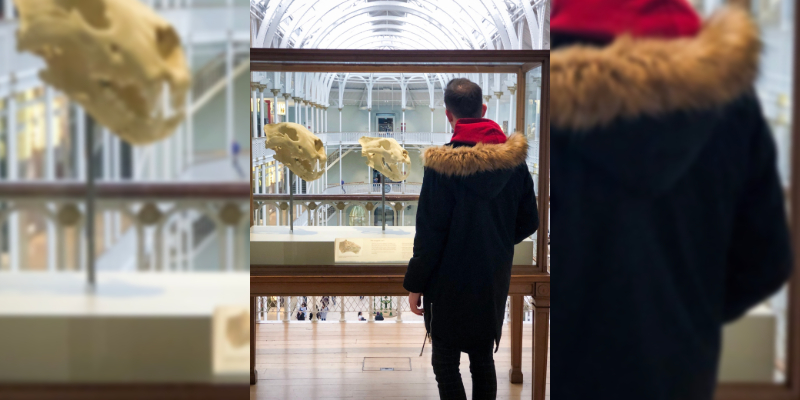 Plan your trip to Edinburgh

If you’re thinking of adding Edinburgh to your travel wish-list, get in touch with the Gaydar Travel-desk for a free, no-obligation quote. 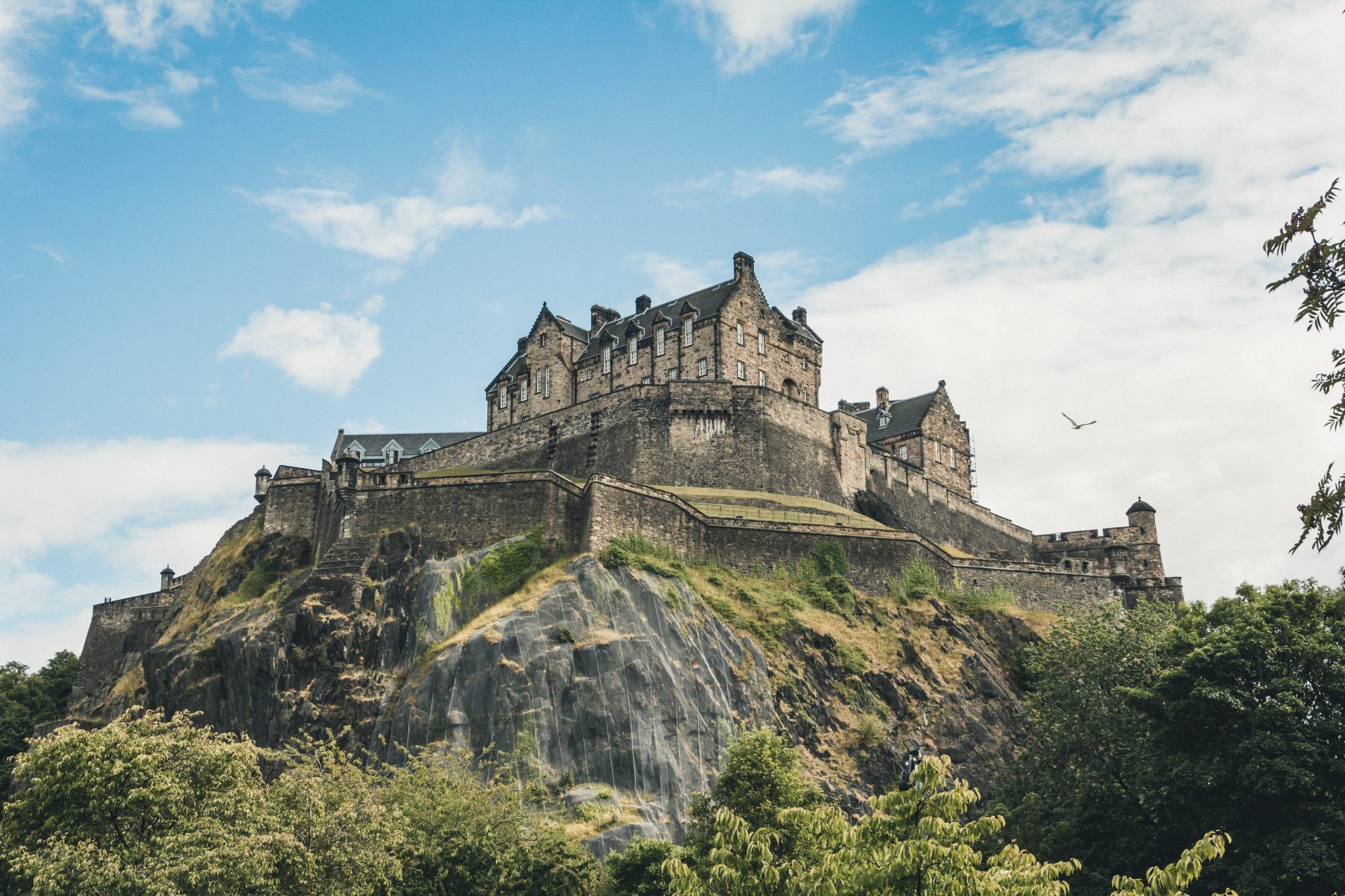 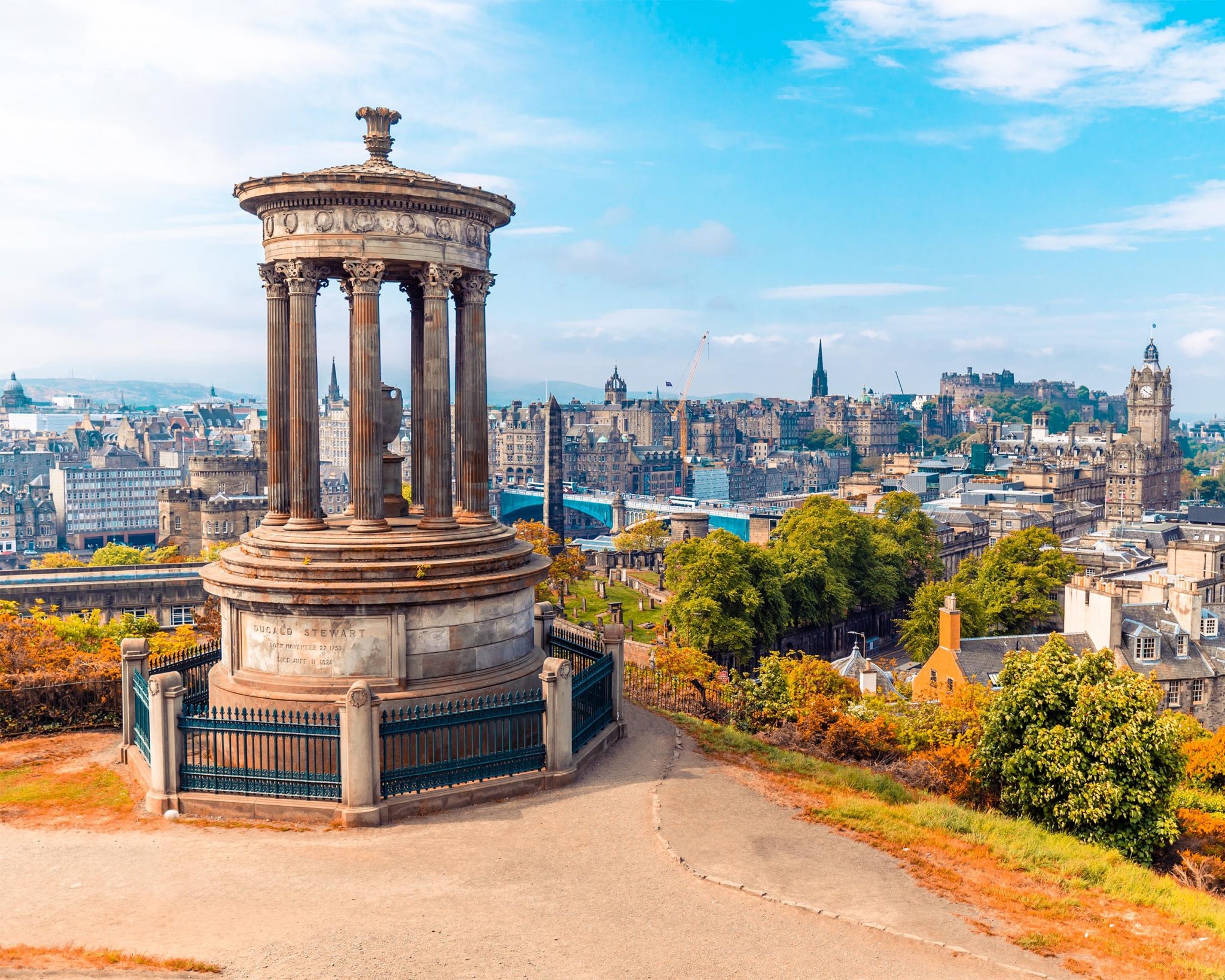 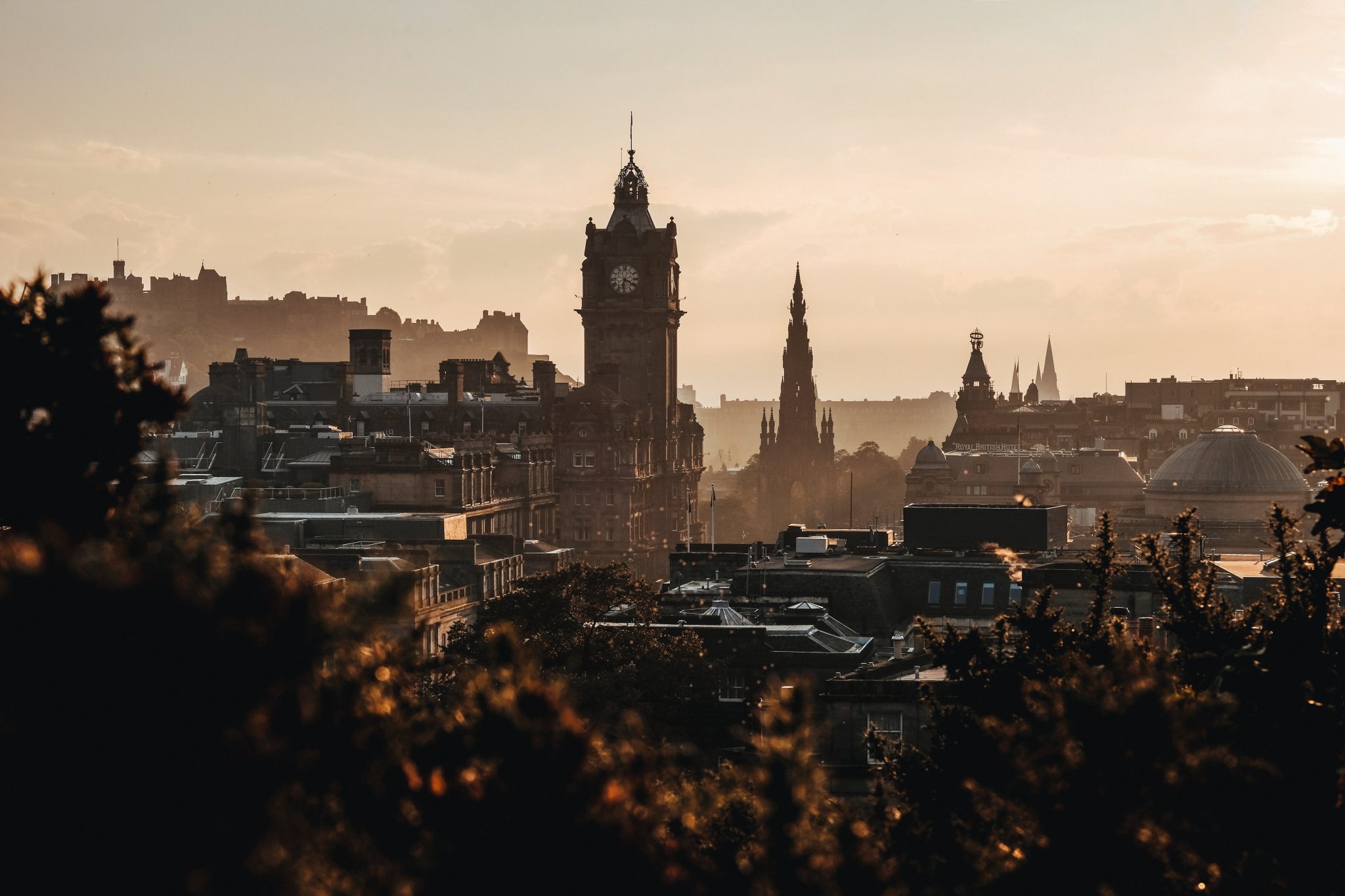