Do gay guys get prostate cancer?

As gay guys, we talk about health a lot. But most of the time we’re talking about sexual health – one of the big health issues that we’re not talking much about is prostate cancer.

“I got interested in this area because my father died from it…” explains Dr Simon Rosser, author of the book Gay & Bisexual Men Living With Prostate Cancer. “When my husband was diagnosed about seven years ago, I saw first-hand the effects of treatment, and learned how little was known about gay couples and prostate cancer. I was also diagnosed myself last year. So, it’s both a professional and deeply personal commitment for me.”

What is prostate cancer?

“Prostate cancer is the number one invasive cancer for men and the most common cancer in the queer male community…” explains Rosser. “One-in-seven queer men will be diagnosed in their lifetimes.”

“Prostate cancer typically develops without symptoms, which is why it needs to be detected through a blood test and by a doctor feeling for any abnormalities during a digital rectal exam.”

“Older men, and men with a family history of prostate cancer are at greater risk of diagnosis.”

“Prostate cancer is not sexually transmitted. If your boyfriend, husband, or a male sex partner has prostate cancer, you cannot get it from him.”

“There’s only been a handful of studies looking at the effects of sex with men on prostate cancer, and the results conflict…” continues Rosser.

“For each study which says something sexual could be involved, two others fail to find the same finding.”

“When that happens in science, it’s usually a sign either that there’s no risk from what’s being studied, that the risk is so small that it’s plays a very minor part, or that there’s some limitation in the scientific methods which is hiding what’s really going on. Clearly, we need more research since it’s such a basic question.”

Does HIV increase the risk of prostate cancer?

“To date, there’s been only one paper published on HIV status and prostate cancer, and they actually found an HIV positive status and use of ARVs to be protective…” says Rosser. “But, that study didn’t measure or control for sexual orientation, so that’s a bias, and other factors like better access to medical care could have influenced the results.”

“In terms of the potential impact of PrEP, I suspect it would be very difficult to prove. PrEP adopters tend to be younger, while prostate cancer is an older man’s disease.”

How will treatment for prostate cancer affect me?

“Prostate cancer has an excellent survival rate provided it is treated early – over 99 percent.”

“Conversely, almost all men treated with surgery – and many with radiation as well – will have erection difficulties after treatment, making insertive sex very challenging.”

“Treatment can also effect penis size, ability to ejaculate, experience of orgasm, pleasure in receptive sex, and urinary problems during sex or at orgasm. This makes it important to discuss sex with your specialist as part of choosing which treatment will have the least side effects for you.”

“Many men with low-risk prostate cancer never need treatment. Instead, they go on active surveillance. This simply involves having a blood test every three months to monitor the amount of prostate specific antigen in their blood. This may also involve additional biopsies to track if the cancer is changing.”

Why aren’t we talking about prostate cancer?

“First, we are a community focused on younger men and their needs. Two of the biggest, most common, dangers to gay men’s health are STIs and depression – both can be a life-long major issue, so that’s been an important and necessary focus of activism.”

“Third, we’re men, and similar to straight men, many of us don’t think about or focus on our prostates until we start seeing some of the effects of ageing. As we age into our 50s and beyond, we start noticing that we need to get up at night, that urinating changes, and we start talking to doctors about it. At that point, it’s finally on our radar.”

The challenge of talking about sex

“Only a minority of medical schools in the US even teach medical students how to talk about sex with patients, and even less, how to talk to sexual and gender minorities…” says Rosser. “This leaves many graduates ill-equipped to address their patient’s sexual health needs.”

“If we look at the demographics, the gay community is ageing. Now that we have effective treatments for HIV, there’s a large cohort of gay and bisexual men in the age group where prostate cancer gets diagnosed. While prostate cancer is the most common invasive cancer in gay men, it’s still incredibly stigmatised and hidden. This is a really important, common, scary disease, that we need to talk about, and learn more about, if we’re going to be a healthy, loving and supportive community.” 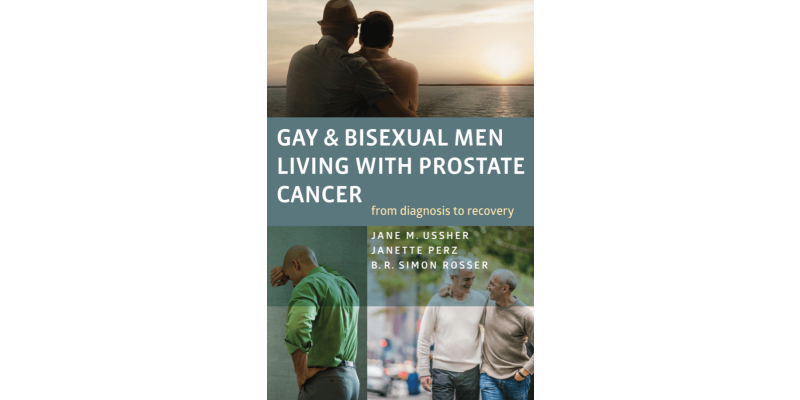 Does it matter that gay bars are ...

Are penguins the queerest animals?