Do good gays get married?

With Northern Ireland now catching up to the rest of the UK in terms of marriage equality, does this mean same-sex couples are now expected to get married?

Means Happy spoke with queer people about their attitudes towards marriage, and how we have the freedom to make our own rules when it comes to marriage.

The goalposts have shifted

Catherine agrees that marriage between same-sex couples has certainly been brought into wider conversation, but worries that there are still societal hurdles to jump over.

“I think there are far more depictions of same-sex couples in the mainstream media which is great,” says Catherine. “However, marriage between same-sex couples is still most usually referred to as ‘same-sex marriage’ rather than just marriage.”

Her job in the education sector also adds an extra layer of hesitation when it comes to talking about her marriage and partner.

“I know myself and my fellow teachers still proceed cautiously in the school workplace,” she explains. “With many colleagues the feeling is that to mention a same-sex partner at school is to somehow over-share, in the way that mentioning a heterosexual partner is not.”

Rookes does not believe that same-sex marriage has moved the goalposts for LGBTQ people when it comes to thinking about the evolution of their relationship.

“I think that those who have been desiring marriage and the social recognition that it brings to their relationship are allowed to have access to that,” she argues.

“Generally my perception is that those LGBTQ folks who have not desired marriage in the first place haven’t changed their mind now that the current societal understanding of what marriage means has been made available to them.”

Alastair, on the other hand, thinks the opposite. “I do think things have changed. There are much clearer societal markers about where same-sex couples fit, and as well as offering equality, society is making implied expectations of same sex couples.”

Implied societal expectations are something that Alastair, who has been in a civil partnership since 2010, thinks can put pressure on couples to get married.

“There is some pressure,” he admits. “I don’t think that’s a bad thing though. All other things being equal, we can all benefit from a bit of stability.”

He also believes that his views about his relationship have changed, prompting him to consider getting married to his partner.

“Ten years ago I didn’t see much need for social recognition,” he recalls. “Now that equal marriage is here, I would like to see my relationship given equal standing.”

Catherine, who has been with her partner for 25 years, agrees. “I think there is a pressure to get married amongst the older generation. Along with a sense that this is a right that was fought for, and so we should get married, because others before us were not able to.”

Ten years after their civil partnership, the couple “upgraded” to marriage.

“We upgraded in part to get away from our civil partnership status, because it felt like an important milestone for the LGBTQ community, and we wanted to stand up and be counted,” explains Catherine.

Away from the older generations, she thinks that younger queer couples might have a more open mind when it comes to marriage and how their relationship is viewed in the eyes of society.

Rookes agrees with Catherine regarding the struggle of LGBTQ people that have come before to get same-sex marriage on the civil rights agenda.

“Symbolically marriage very deeply buried in our consciousness,” she says. “LGBTQ people have been seeking recognition and equal rights for decades and this is just another aspect.”

Yet she disagrees with the notion that this is somehow influencing queer couples to get married.

“I am yet to hear of any LGBTQ people experiencing pressure to get married from friends and family members in the way that heterosexual people to,” recalls Rookes. “To ‘settle down’, sure, but not necessarily to get married. It might happen as time passes, though.”

Free to make our own rules

Queer people have been making their own rules when it comes to relationships for centuries, and Rookes thinks that our rebellion against tradition will not stop now.

“I think that because sex and sexual freedom is a big part of LGBTQ culture, we are more open to rethinking about shaping relationships outside of traditional models,” she says.

In fact, her own thoughts on marriage have changed over time. “I have always wanted to get married, although about three years ago I began to have a more flexible attitude towards what that might mean.”

“Marriage does bring a certain amount of legal recognition, security which is important,” Rookes argues. “But I think given the transformations ‘marriage’ has undergone over time, you also have to discuss at length with your partner what it means to you, and what you want your marriage to be in terms of perimeters and expectations.”

Whilst queer people might be perceived as being more flexible with their approach to marriage and relationships, Alastair thinks that making your own rules is not something that is exclusive to LGBTQ people.

“Straights do too!” he chimes. “They just don’t talk about it as much.”

Catherine adds that whilst queer couples can rewrite the rule book on marriage, their motivation to get married in the first place may also come from a different place.

“On reflection, I think for us marriage was a way of making our relationship more easily intelligible to others, especially elderly parents and the wider family,” she says. Important family events were often spent apart from her partner, through feeling that their relationship was not at the same level as heterosexual couples.

After marriage, however, she finally felt the recognition from her family that her relationship deserved: “Our parents at least recognise that we want to be together.”

What’s the history of marriage equality?

Let’s take a look at the history of marriage equality, and some of the key milestones that have been accomplished in different parts of the world.

The debate about marriage equality is generally framed as whether the existing order of things should be changed in order to accommodate the LGBTQ community. But the reality is that same-sex marriage isn’t a new thing. When you look back through history, across the centuries there have been examples of same-sex couples formalising their relationship in a wide range of cultures and countries.

Just as LGBTQ people have always existed, so has the desire the form and celebrate important relationships.

The ancient civilisations of Greece, Rome, Mesopotamia, and China, all provide numerous examples to demonstrate that it was relatively common for people of the same sex to make some sort of formal commitment to each other.

As the power of religious authorities grew over time, it was advocated that marriage should be for procreation purposes only, and should therefore be reserved for a man and a woman. However, examples of same-sex couples formally committing to each other continued throughout the Middle Ages.

Even the Pirate law of the 18th century recognised that two men could make a formal and binding commitment to each other – sharing their lives and their adventures on the high seas.

How did the fight for marriage equality begin?

It was a number of court cases in the US that demonstrated the clearest examples of LGBTQ activists seeking to challenge the definition of marriage as being between a man and a woman.

Activists brought several applications before the Supreme Court of Minnesota in the early 1970s, and these cases appear to have triggered state legislatures across the US moving to introduce statutes specifically banning same-sex marriage. It was this negative reaction by lawmakers in the US that put in place a lot of the barriers to marriage equality that subsequently had to be overcome.

The language of ‘domestic partner’ began to emerge in the early 1980s, specifically in relation to health care. This was at a time when the onset of the HIV pandemic highlighted the vulnerability of same-sex relationships not protected by law. The devastation caused by HIV highlighted the financial and emotional cost that same-sex couples had to endure because the legal protection of marriage was being denied to them.

It wasn’t until ten years later, in 1989, that Denmark became the first country in the world to legally recognise same-sex unions when they passed legislation that recognised Registered Partnerships.

Norway followed soon after, with similar legislation that was passed in 1993, and Sweden followed suit in 1994.

For the first time in the modern era, formal legal unions between same-sex couples were being seen as equivalent to that of a marriage between a man and a woman.

In 2001, The Netherlands passed legislation that formally recognised same-sex marriage. The Netherlands was the first country in the world to put marriage equality into place for LGBTQ people.

Where are we today?

Today, same-sex marriage is currently recognised in 28 countries around the world. That seems like we’ve made a lot of progress, however that number isn’t rock-solid – there are a number of places where legal challenges and public votes make the exact position a little uncertain, so it is sometimes a case of two steps forward, one step back.

While it is important to continue to make progress in terms of marriage equality for LGBTQ people around the world, there are still about 73 countries where it is illegal to be LGBTQ, and eight countries where you could be punished with the death penalty for revealing that you are LGBTQ.

For many LGBTQ people, marriage equality isn’t top of their priority list. As a global LGBTQ community, we need to focus our attention on helping everyone to be safe, and be free from persecution and discrimination. That’s the starting point for equality. 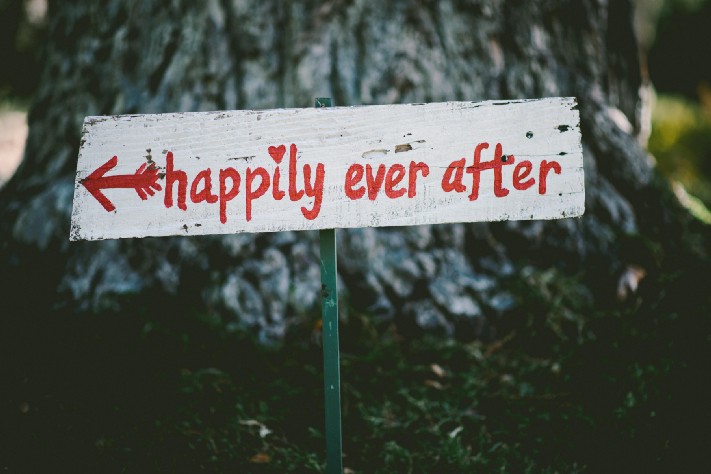 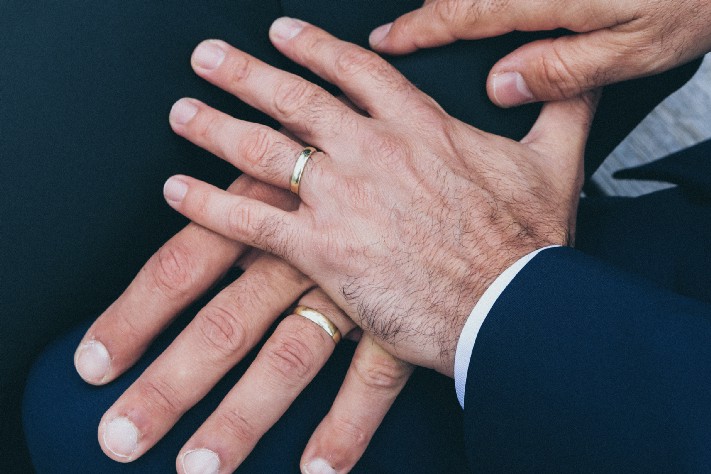 A queer guide to London’s bars and clubs

A taste of the Naked Baker