Culture
Home›Culture›Drag Race Down Under – Season 2, Episode 3: The Recap

Drag Race Down Under – Season 2, Episode 3: The Recap

We’re back in the southern hemisphere for another season of Drag Race Down Under.

Season 1 of Down Under was a bit of a mess, and so the question is really whether Season 2 can offer some kind of redemption.

It’s been a rough start, but Season 2 does seem to be finding its feet.

This week’s mini-challenge was a fun guessing game designed to showcase the Pit Crew in the underwear.

It’s not a bad idea, it just feels a bit derivative and not very interesting to watch.

Molly was the winner.

This week’s main challenge was to host a Drag Brunch.

This felt a bit fresh – I don’t think we’ve seen this before. It’s a form of comedy challenge, but the queens were working in pairs – they had to script their own material and work on their delivery.

As the winner of the mini-challenge, Molly got to assign the pairings.

The assigned pairs were:

Overall, everyone did a solid job on this – particularly given the time that they had to develop and rehearse their material, and that they didn’t have an audience to bounce off.

Pomara and Beverly probably felt the weakest – they had an odd call-and-response bit that took too long to set up and didn’t really deliver a punchline.

This was a good challenge that showcased Drag 1.01 skills in action.

This week’s category was Red.

The winners were Spankie and Yuri. That was possibly a bit surprising, but given that Yuri had managed to pull it together despite an eye-infection and a trip to A&E, it was fair enough.

Everyone else was technically up for elimination and got critiqued, but – given the critiques that were dished out – it wasn’t a surprise when Beverly and Pomara ended up in the Bottom 2.

The track was Starstruck by Years & Years.

This is a fun, upbeat track. It’s not necessarily the obvious choice for a drag smack-down, but it’s camp as tits.

Pomara is engaging to watch on stage, but head-to-head with Beverly – with an upbeat track to deliver – it was about the stunts that Beverly could pull.

Beverly looked relaxed and totally in control. The result was never in doubt – Beverly stays and Pomara is sent home.

Beverly Kills is the first Brisbane-based queen to participate in the Drag Race Down Under franchise. Beverly started doing drag soon after she turned eighteen and within a year had managed to win the first prize at a local drag competition and get a residency at Brisbane’s biggest night club Fluffy.

Current Ranking: She’s not here to mess around. She seems like an all-rounder and could go far in this competition. The lip-sync of Episode 3 demonstrated that she dominates a stage when she’s performing. 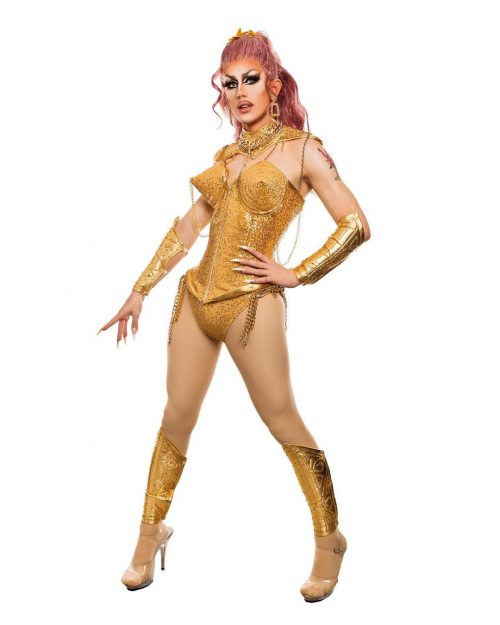 Hannah Conda is almost a veteran of the drag scene. Hannah has been the face for multiple editions of Sydney Gay and Lesbian Mardi Gras, opened for Bianca Del Rio on her Australian tour and appeared at RuPaul’s Drag Con in Los Angeles.

Originally from Perth, Hannah made her way to Sydney in 2015 and in 2016 became the only queen to win both Rising Star and Entertainer of the Year at the Drag Industry Variety Awards (DIVAs).

Current Ranking: A solid start to the season. She’s clearly a very experienced queen who can apply her talents to any task. 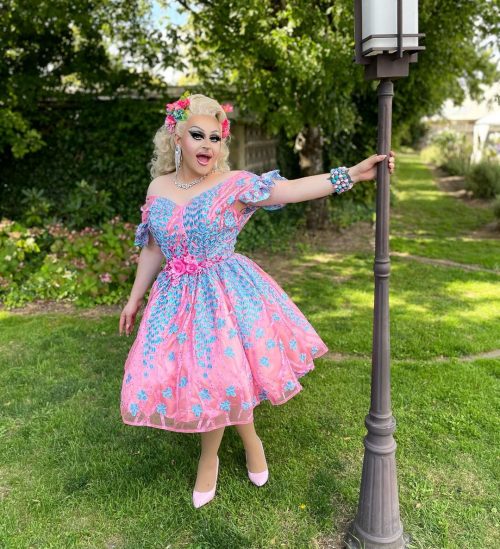 Adelaide-based Kiwi queen Kween Kong is of Tongan and Samoan heritage and is the matriarch of the Haus of Kong. Known for her energetic performances, Kween is a well known dancer and choreographer and has toured with the Australian Dance Theatre. In 2019, Kween won Miss Drag Nation Australia.

Current Ranking: I’m obsessed. It hasn’t been the greatest of starts but she’s mesmerising on stage. I want more. 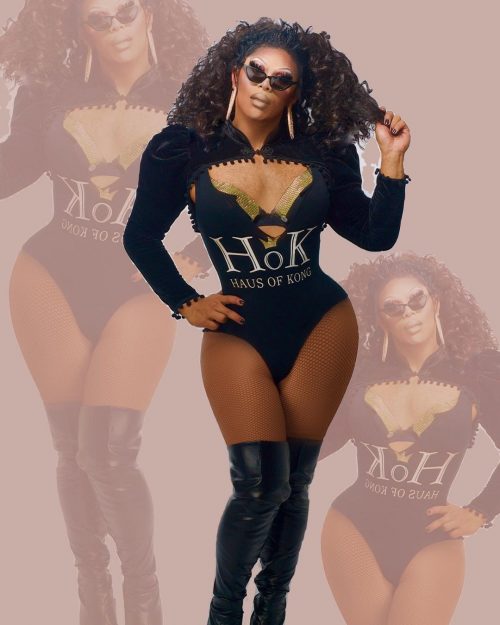 With a drag career spanning two decades, Sydney-based Minnie Cooper is literally Australian drag royalty. She has made winning a habit – she has won more DIVA awards than any other drag artist, including a four time Entertainer of the Year award winner; she was semi-finalist on Australia’s Got Talent 2017 and winner of Best in Cabaret & Musical Theatre Award at the 2019 Sydney Fringe Festival.

Current Ranking: A solid start from Minnie – it’s all going to come down to whether she can adapt her skills and experience into the challenges presented by this competition. The acting challenge of Episode 2 was right up her street and she’s leaning into the drama of this experience. So far, so good. 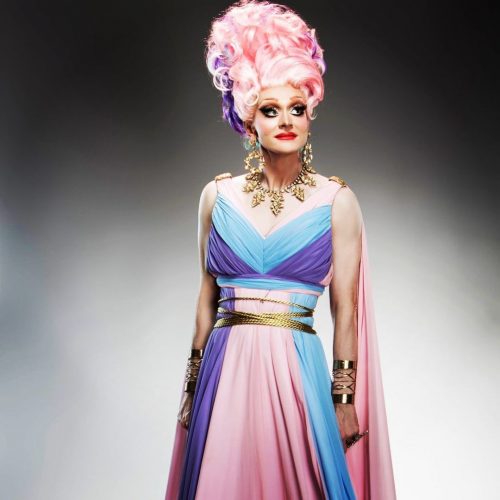 Known as the ‘Thunder From Down Under’, Molly Poppinz travelled all the way from her hometown of Newcastle to Vancouver, Canada, to earn her Drag Honours.

After conquering the drag scene in Canada and winning 2018 Vancouver’s most ‘Fierce Queen’ award, Molly returned to Newcastle in 2019, with dreams of building a drag scene in her hometown.

Current Ranking: Things are off to a good start for Molly, winner of Episode 1, and consistently performing strongly in whatever is thrown at her. 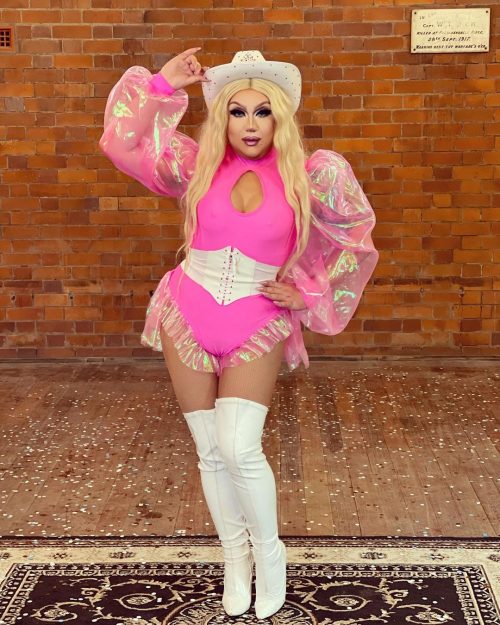 Yuri Guaii, started her drag career at the age of 18, but it took a while for her to get out of her “spooky aesthetic” and become Auckland’s most talented drag make-up artists.

Yuri studied fashion design and created her own jaw dropping looks for the season. She believes her sewing skills give her an edge over other queens and will help her snatch the crown.

Current Ranking: Clearly very talented in putting together a look, although her reserved personality may hold her back in this competition. She was lucky to survive the acting challenge of Episode 2, but she’s still in the game and clocked a win in Episode 3. 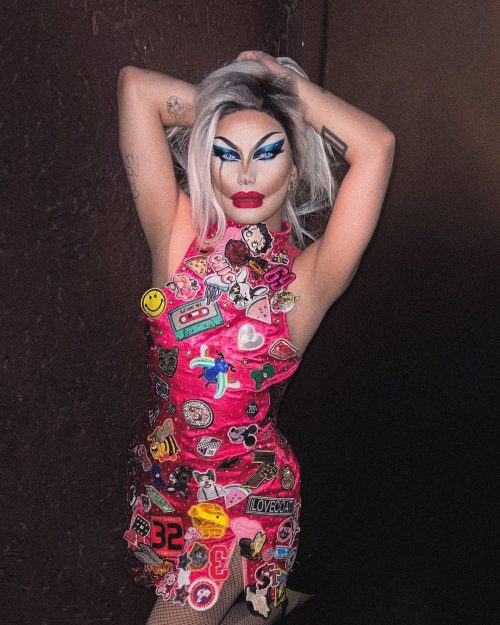 Kiwi drag performer Spankie Jackzon started her drag career over 15 years ago, with 12 of them spent establishing her credentials in the Melbourne drag scene. In Melbourne she was known for hosting ‘Nurse Betty presents’ parties.

Current Ranking: Not the best start for Spankie, surviving the lip-sync in Episode 1, but she turned it around in Episode 2 with a win, and then backed it up with a win in Episode 3. She’s old-school drag – it’s going to be interesting to see how that’s going to apply to the challenges set by this format. So far, so good. 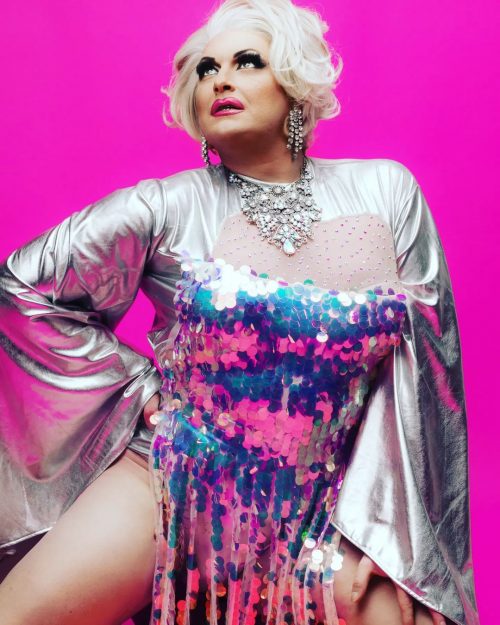 Pomara Fifth, grew up in the suburbs of Western Sydney and is proud to represent both her First Nation and Maori heritage. Pomara began her drag career in 2014 and won the ‘Rising Star’ DIVA award in 2018.

Final Ranking: She’s got a big personality and she established herself within this season. Eliminated in Episode 3, beaten the lip-sync by Beverly. 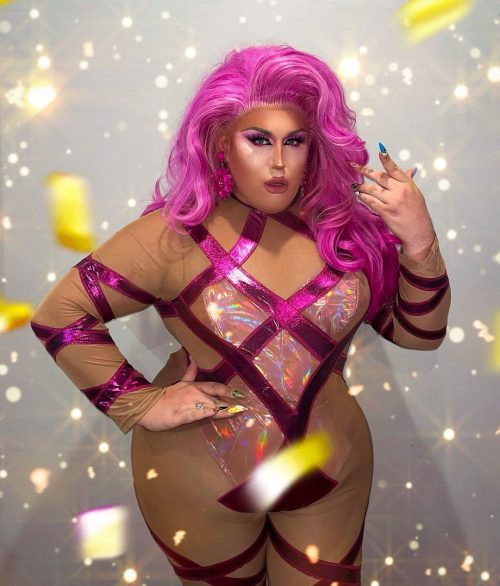 This Kiwi queen started dabbling in drag after moving to Melbourne in 2020 and finding herself in the middle of the COVID lockdown. Aubrey, who is now based in Melbourne, calls herself a “lockdown queen”. She used the lockdown “as an opportunity to practise her make-up and develop a drag aesthetic with the encouragement of her partner.”

When the city emerged from its lockdown, she was ready to take on the Melbourne drag scene and fulfilling her life-long dream of a full-time drag career.

Final Ranking: Aubrey didn’t get a chance to find her feet in this competition. She’s a theatre queen, so the expectations were high for the acting challenge. It was a tough call that she ended up in the Bottom 2, eliminated by Kween Kong. 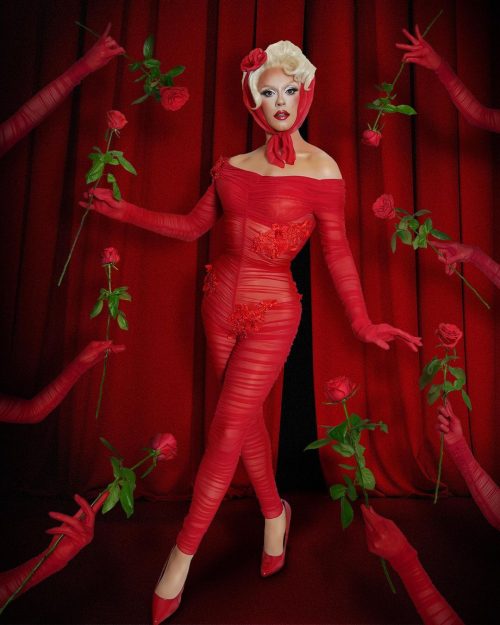 Sydney-based drag queen Faúx Fúr is known for her high-energy performances. Noting the lack of Asian queens in the Sydney drag scene, she started her popular weekly IGTV show ‘Faux Mondays’, which showcased other queens and members of the Queer and POC Queer community.

Final Ranking: This is not how Faux would have wanted this to go – eliminated first, she is the Pork Chop of the season.