Against the odds, EuroPride in Belgrade happened.

EuroPride is an annual event, held in a different city each year. Belgrade was selected as the host of EuroPride 2022 – a key factor in that decision was the support of the government of Serbia.

There’s a number of different elements to a EuroPride event – it’s general a week-long programme of events and parties, with key elements being a human rights conference and a Pride march.

The Pride march became a point of content within Serbia – whether the march would actually take place was touch-and-go throughout the weeks leading up to EuroPride, and right down to the last minute. There had been repeated announcement by the President and the various responsible authorities that the Pride march had been cancelled. But, right at the last minute, the Prime Minister – who is an out and proud lesbian – gave an undertaking that the march could go ahead and that appropriate security would be in place.

It wasn’t great weather for marching – heavy, solid rain that continued throughout the afternoon and well into the night.

The gathering point for the march was in front of the Constitutional Court building. This street had been cordoned off and was a security-controlled area. All of the surrounding streets had also been closed. The security presence was very visible – riot police and security service personnel everywhere you looked. It was intimidating.

There were also protestors. You would think that the rain might have dampened the enthusiasm of the protestors a little but they were still out in force – groups of vocal protestors kept at bay by cordons of riot police. The protests seems to be predominantly religion-led – the orthodox church has been strident in its opposition to EuroPride. According to local people that I spoke with, these anti-gay protests also include a large element of nationalist extremists.

The security was tight, but not impregnable. As we were waiting for everyone to assemble, about four presumably orthodox protestors pulled out crosses and bibles and began spitting on the giant rainbow flag on the ground. Two of them – a man and a woman – began kissing. It provided some content for the assembled local media but security soon ushered them away.

It’s hard to gauge the size of the crowd assembled for the march – it was a sea of umbrellas. I’m guessing a couple of thousand of people.

At about 5:30 PM, the march began – a short but slow walk to Tašmajdan stadium. There was a heavy police presence guiding the march – the distance was about 1 km. At one point, we passed close by a large orthodox church – the bells were ringing and there was a small group of anti-gay protestors on the steps of the church, surrounded by riot police to ensure there was no actual contact between the protestors and the marchers.

When we got to Tašmajdan stadium, there was a DJ playing music. The open-air stadium was fairly waterlogged, but there was a lot of enthusiastic dancing and drinking.

I have heard at least one second-hand report of Pride attendees being attacked on their way home, but I haven’t been able to verify this.

EuroPride in Belgrade happened but it’s unclear what legacy it leaves for the LGBTQ community in Serbia. In recent years, annual Pride celebrations have been held relatively peacefully and without a lot of drama. The additional focus created by EuroPride has potentially escalated rising homophobia within an increasingly polarised country. 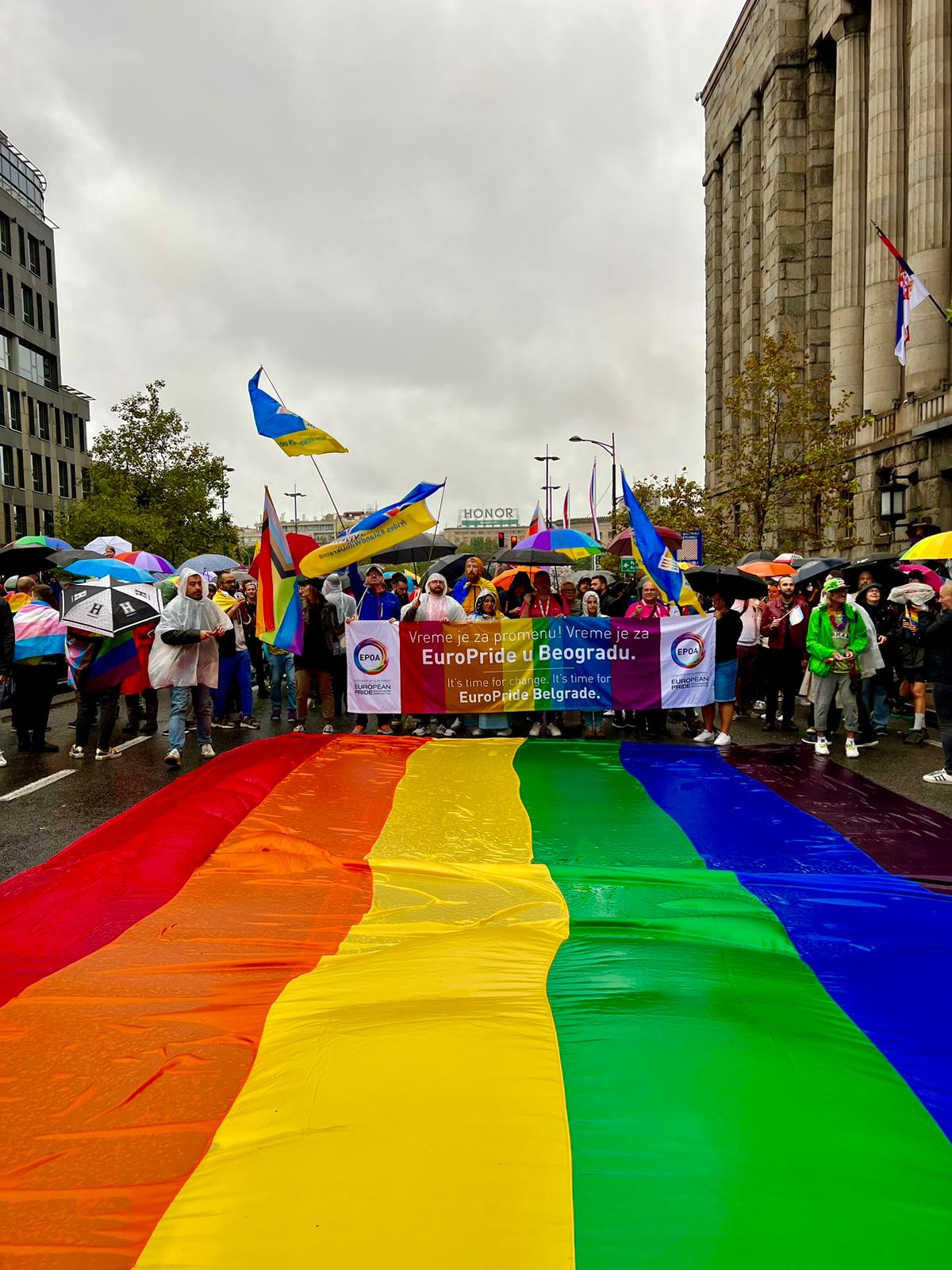 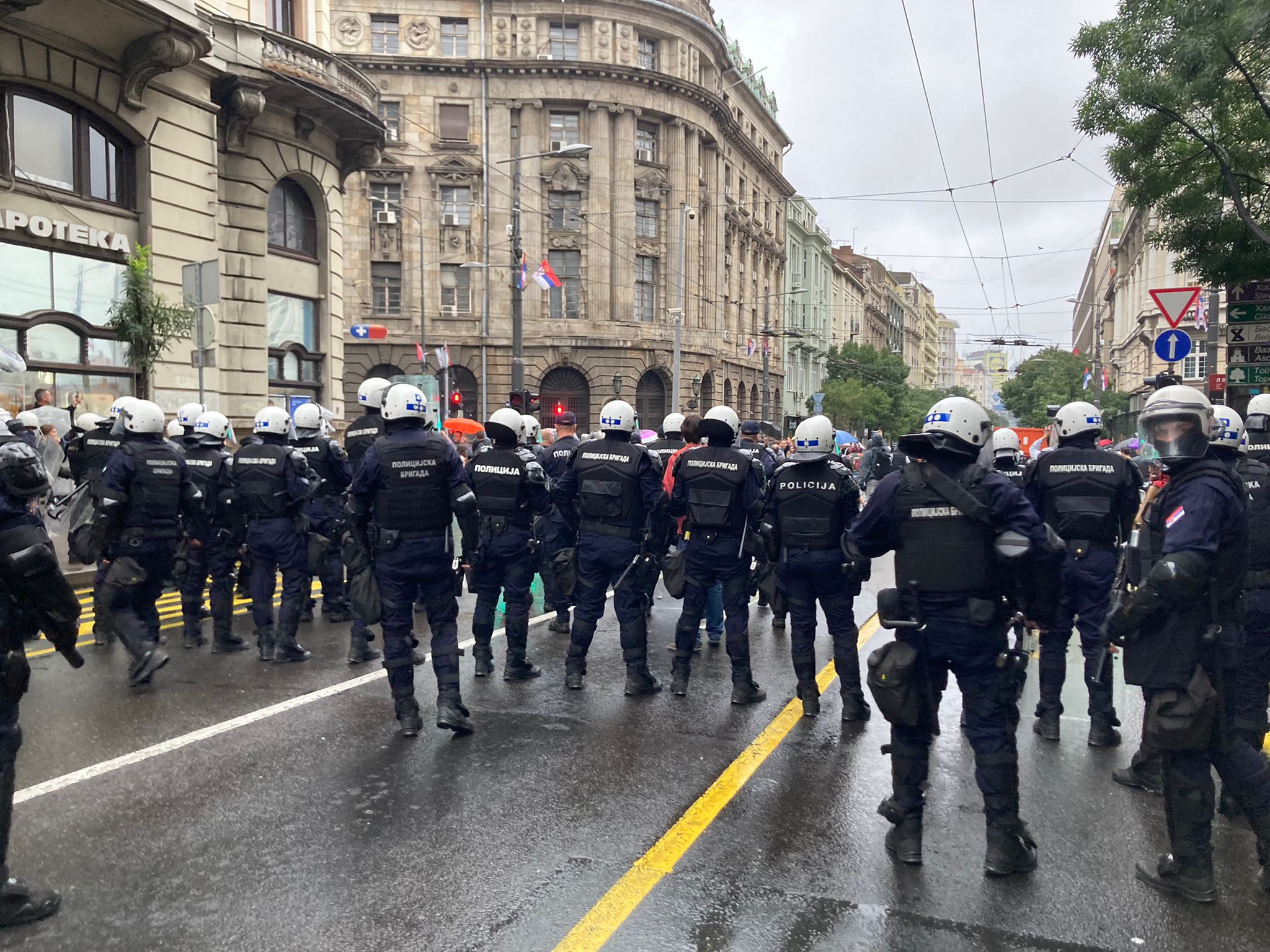 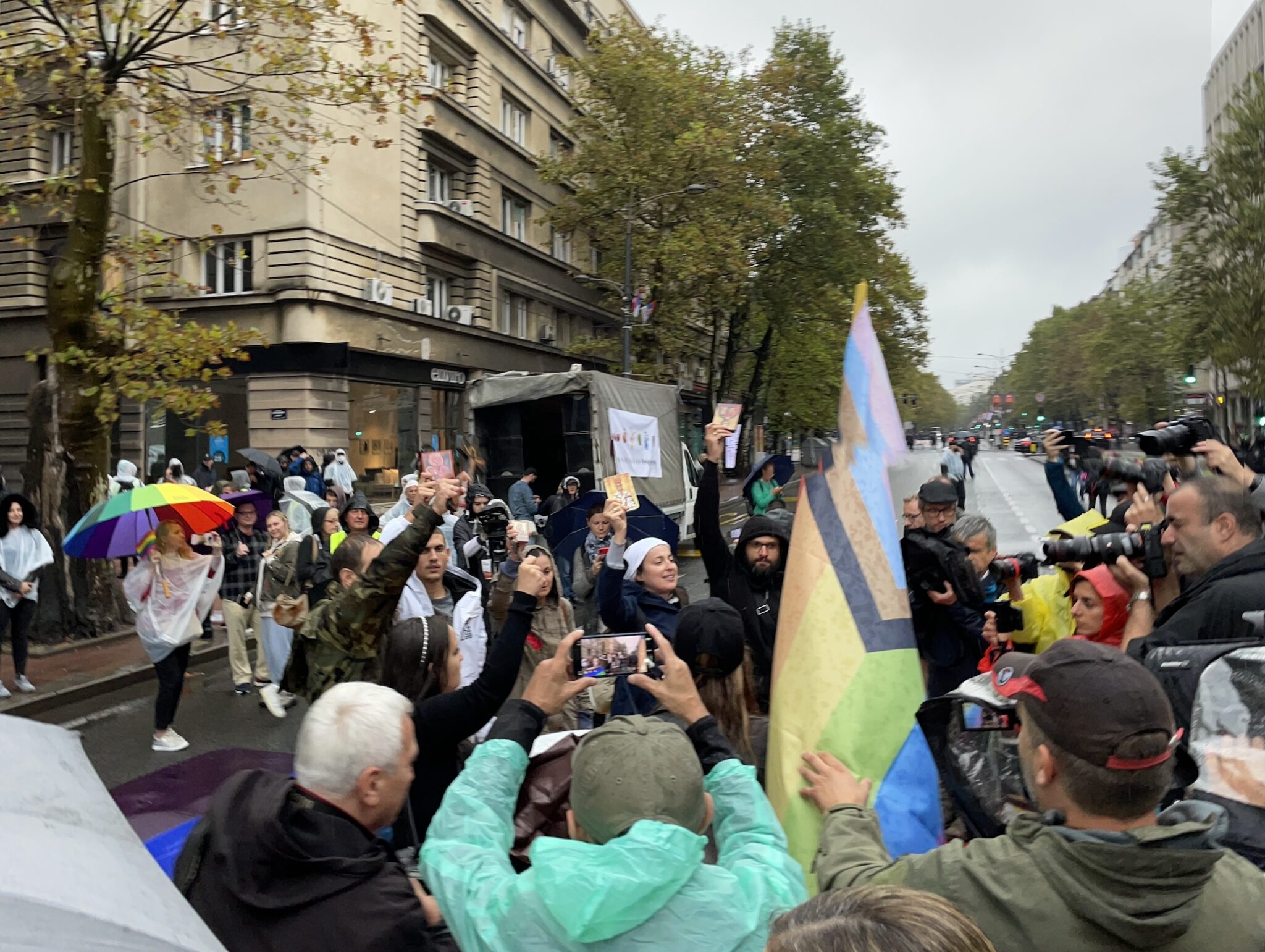 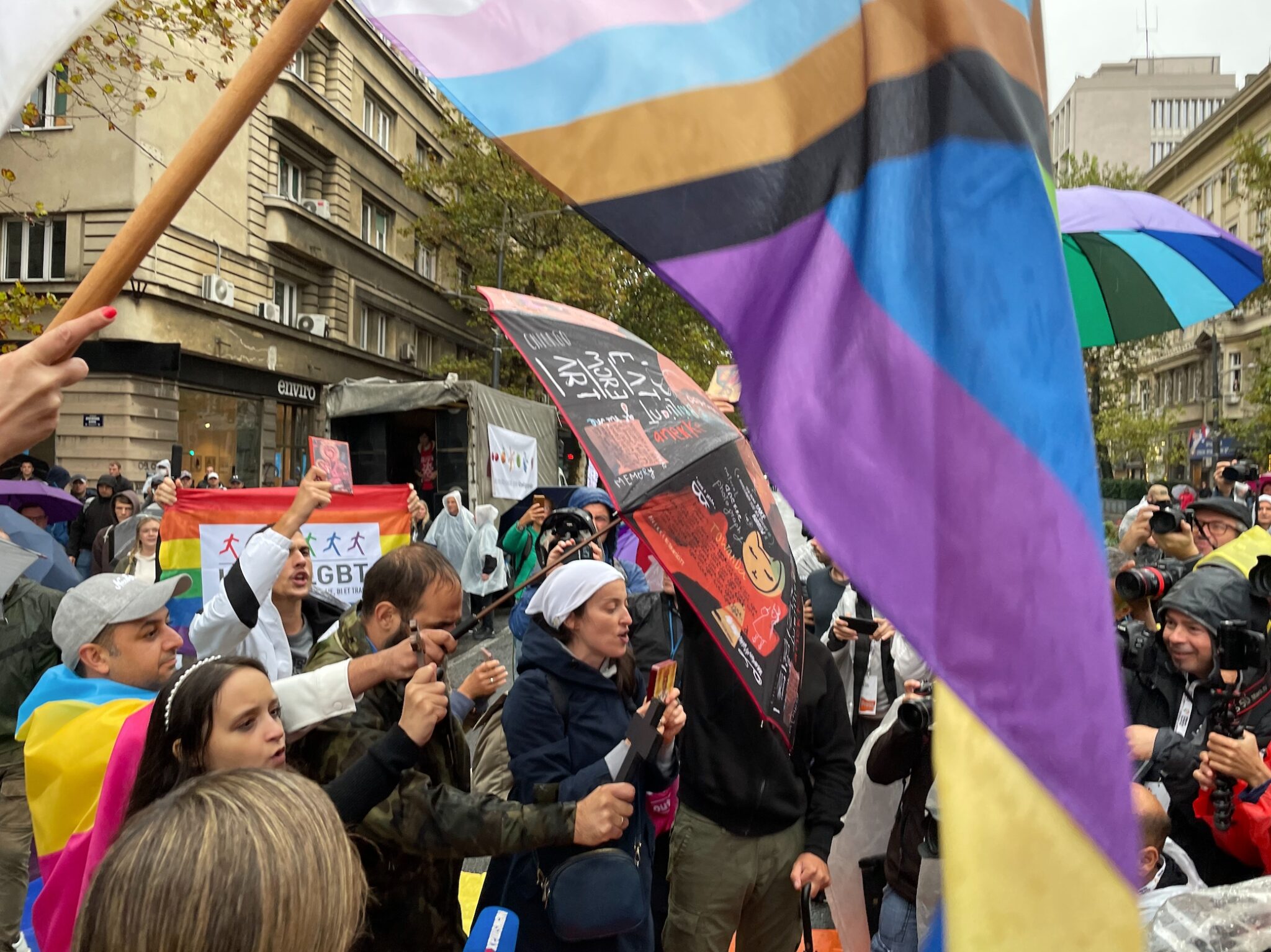 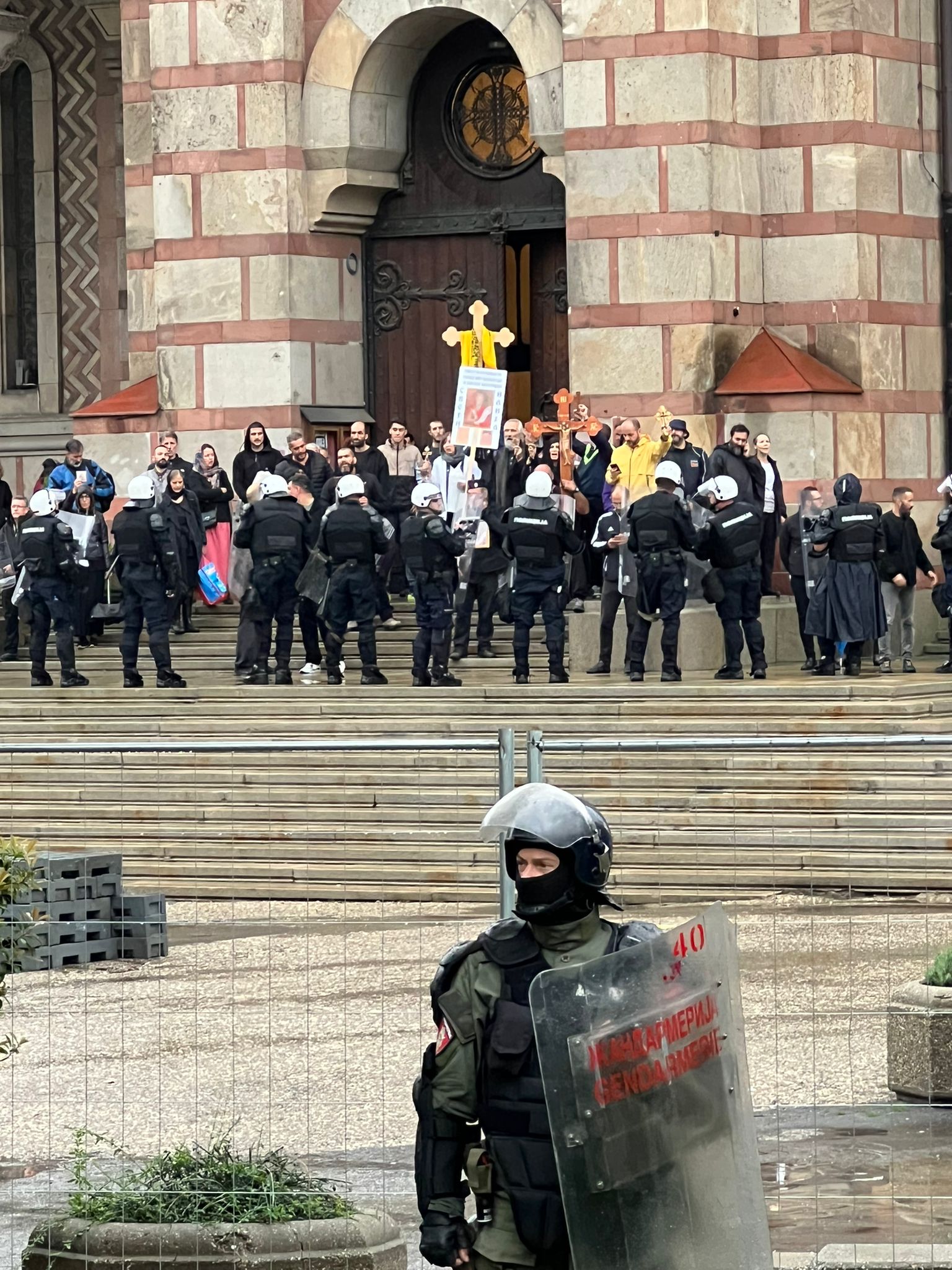 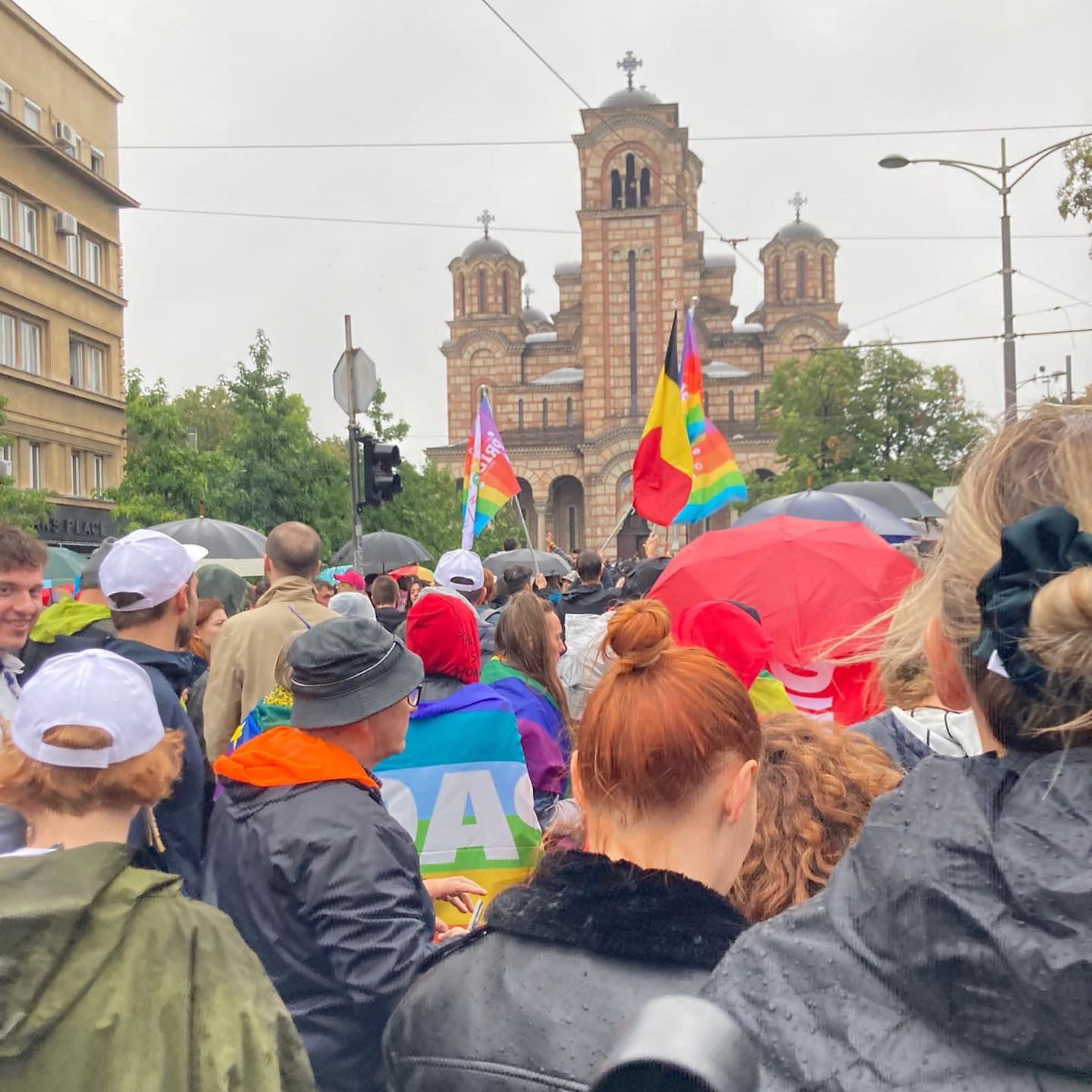