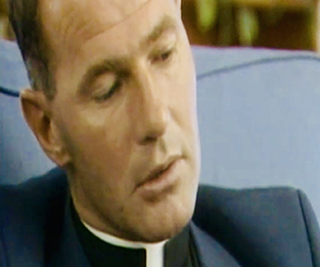 Aesthesia at the Horse Hospital for the Bloomsbury Festival presents:

A short play reading The AIDS Missionary by Ash Kotak on Fr Bernard J Lynch and the battle between the first AIDS ministry he found in New York City with Dignity USA (New York Chapter) vs Mother Theresa’s Missionaries of Charity Gift of Love Hospice in their converted rectory of St. Veronica’s in Greenwich Village in 1985.

Followed by a screening of A Priest On Trial

Lynch’s support for LGBT rights brought down on him a false prosecution perpetrated by church and government officials. Lynch won total exoneration from Justice Burton Roberts in Bronx Supreme Court, as documented in the documentary film A PRIEST ON TRIAL. (1990, Director: Conor McAnally, A Green Apple Television Production for Channel Four, UK)

His ministry and his community’s commitment to civil rights for gay people led to repeated conflict with the Catholic Church and State authorities.

“When there is no Love, you put in Love, and there you find Love. At the height of the AIDS crisis, these women and men came to know the victory of life over death.”

Rev. Bernárd J. Lynch has been a tireless advocate for the rights of LGBT people for more than forty years as an out gay and proud Roman Catholic priest beginning with his work in Dignity/New York in the 1970s.

In 2017 he was honored by a Proclamation from the Council of the City of New York for more than 40 years of service to and activism with the LGBT and AIDS communities.