Have we met before? The secrets behind the sex-lives of gay men

In his film Have We Met Before? filmmaker Oliver Mason looks at the changing landscape of dating for queer men.

The film is available to watch as part of the latest Boys On Film collection.

Have We Met Before explores the way that the internet has changed how queer men meet and interact with each other. Focusing on the time period from the 70s until the present day, highlights include the underground gentlemen’s clubs off Shaftesbury Avenue, the hanky code, cruising on Hampstead Heath, cottaging in train stations, the arrival of the internet and online spaces, and the game-changer of phone apps.

Mason has combined real-life interviews with a dramatised cinematic narrative – delivering the authenticity of a documentary with the visual appeal of a lust-filled drama.

We caught up with Oliver Mason for a behind-the-scenes look at the film.

What initially drew you to this aspect of the experience and history of gay men?

The BBC and BFI sent out a brief for new and emerging filmmakers to celebrate the 30th anniversary of the internet. Being a gay man in my early 30s, I initially thought about how the internet – and specifically, Gaydar – radically changed how gay men could meet each other.

Having previously written and directed fiction short films, that was how I initially planned to approach the subject matter. My producer, Syd Heather, suggested looking to the form of docudrama for authentic and genuine stories, but still with a dramatic visual flair. This seemed like an appealing and novel approach to me.

I wanted to cover a time period pre and post the arrival of the internet, around 20-30 years before and after. Instead of just keeping it to chapters by decade, we decided to break each era up into a different method of meeting or behaviour.

What was your production process?

It was an astoundingly high-speed turnaround. Over 450 filmmakers applied to the Born Digital scheme, with 11 being produced. Once we got the green-light to go, we had 11 weeks weeks to shoot, edit, and deliver the film.

At the application stage, we’d already agreed the rough structure of the film – to start with secret gay gentlemen’s clubs from before the 70s, the hanky code in the 70s, cottaging and cruising in the 80s, the arrival of the internet and Gaydar in the 90s, to mobile phone apps in the 00s and teens.

The morning after we were accepted onto the scheme, I starting calling and approaching potential interview contributors. I recorded audio interviews with ten men, aged from 19 to 83. During this period, Syd was working on pulling together our crew and locations and legal brand clearances. Plus, we both dived into research with the LGBT archive – the Bishopsgate Institute – trying to source gay video archive material that we could afford.

I also worked with an excellent team on the design of the film, costume, set design, art direction. One of the biggest art challenges was how to film the Gaydar website looking like it used to do in the early 00s. With the permission of Gaydar, our animator created a design to match the layout, colour, and features of the old website. I hope it lives up to people’s memories of how the service used to look!

Having recorded 11.5 hours of audio interview, I refined this down to 12 minutes – the maximum length we were allowed for the film. We shot the film across two days in the first weekend of January, then turned around the first cut in five days.

What was your casting process for the actors who recreate the scenarios discussed in the film?

As the film covers gay history and experience, I wanted to ensure I worked with actors who were, if not familiar with the material from personal experience, completely comfortable with the subject matter.

I’d seen Pierre Emö in some of Noel Alejandro’s movies, and the trailer for Knife + Heart, and thought he had a fantastic, intense, and highly desirable screen presence – almost animalistic attraction – I knew an audience would want to watch him. We had a mutual friend who put me in touch with him, and we had a WhatsApp video call audition, discussing the subject matter and the kind of work we both wanted to make. We hit it off, and agreed to fly him from Paris for the shoot in London, then back to Berlin.

Finding our other lead was a little trickier. I was very clear from the outset that I wanted it to be an interracial couple, as I wanted this to be reflective of the UK. An actor friend produces regular new writing evenings, and knows a vast array of talented, up-and-coming actors. He suggested a list of actors to research, and Stanton Plummer Cambridge just jumped off the screen for me. We met for lunch and discussed the importance of knowing queer politics and history, along with the cultural importance of Paris is Burning, and Priscilla Queen of the Desert. His passion and energy was inspiring, and I thought that he’d bring a different tonal energy to the film, something lighter, softer, and charming.

I feel we pulled this off – they worked incredibly well together.

Is this effectively a gay history lesson that should be included in sex ed classes as schools?

I would love that! Make this a mandatory PSHE lesson!

This film is definitely educational. Not just about some of the different ways of meeting or identifying other gay men which are no longer used, but more importantly, the massive societal changes across the time period we cover. Starting with secret gay clubs when prohibition on homosexuality was still in play, and eventually moving to a place where gay marriage is an option, and you can check a small object in your pocket to find the nearest man who might want to have sex with you.

In the 70s, we hear a radio announcing the first gay pride march in London. In the 80s, there is a newspaper on the public toilet floor showing Thatcher has just passed section 28. In the 90s, a TV newsreaders informs us that George Michael has been arrested for cottaging. So much has changed – it gives me hope that these kinds of changes can also happen in countries where homosexuality is still illegal.

One of my favourite quotes from the film is when someone describes his teenage experience of cottaging and cruising. He was doubley-illegal – having gay sex under the age of consent at that time, and having sex in a public place. He saw this as an act of rebellion – as a political act, not just a sexual one. This completely blew me away – I knew it would transform how the subject matter could be perceived.

What does the film tell us about the way that criminalisation and cruising has shaped gay identity today?

It shows us how much has changed in the lived gay experience. Where even in the two, or three decades following decriminalisation in the UK, it sill wasn’t fully socially accepted, and police would still actively target gay men for cottaging or cruising. There was a fear of being caught, arrested, outed – but that also added a certain frisson.

Whereas nowadays, it’s considerably easier to be gay – especially as a young person. Some of the younger gay people I interviewed commented how they had less need to go to gay spaces, they could have a mixed group of straight and gay friends to socialise with, then could log-on to an app when they wanted to access sex or dating.

One aspect we covered in the film was how previously there’d be more covert signalling and codes – a hanky, a glance, an ear-ring in the correct ear, language and vocal ticks. The digital age and social changes means those codes of sexual preferences can just be stated up-front on your digital profile.

Humour, humanity, compassion, and understanding of the need for physical connection, and a need to be with people like yourself or those that have a shared experience to you. One interviewee made the point that as a teenager, he just needed to speak to other gay teenagers, to know he wasn’t alone, that others were going through that kind of shit. The internet gave him that easy access.

I watched a cut of the film with my Mum, to hear her thoughts on it. The main point she took from it was how different a lived-experience it can be for some people to be gay, particularly people her age. It gave her a different perspective. She also laughed a lot about one disappointing hook-up story, which really tickled me.

Ultimately, I hope people will be entertained, heartened, and maybe even a little bit aroused. 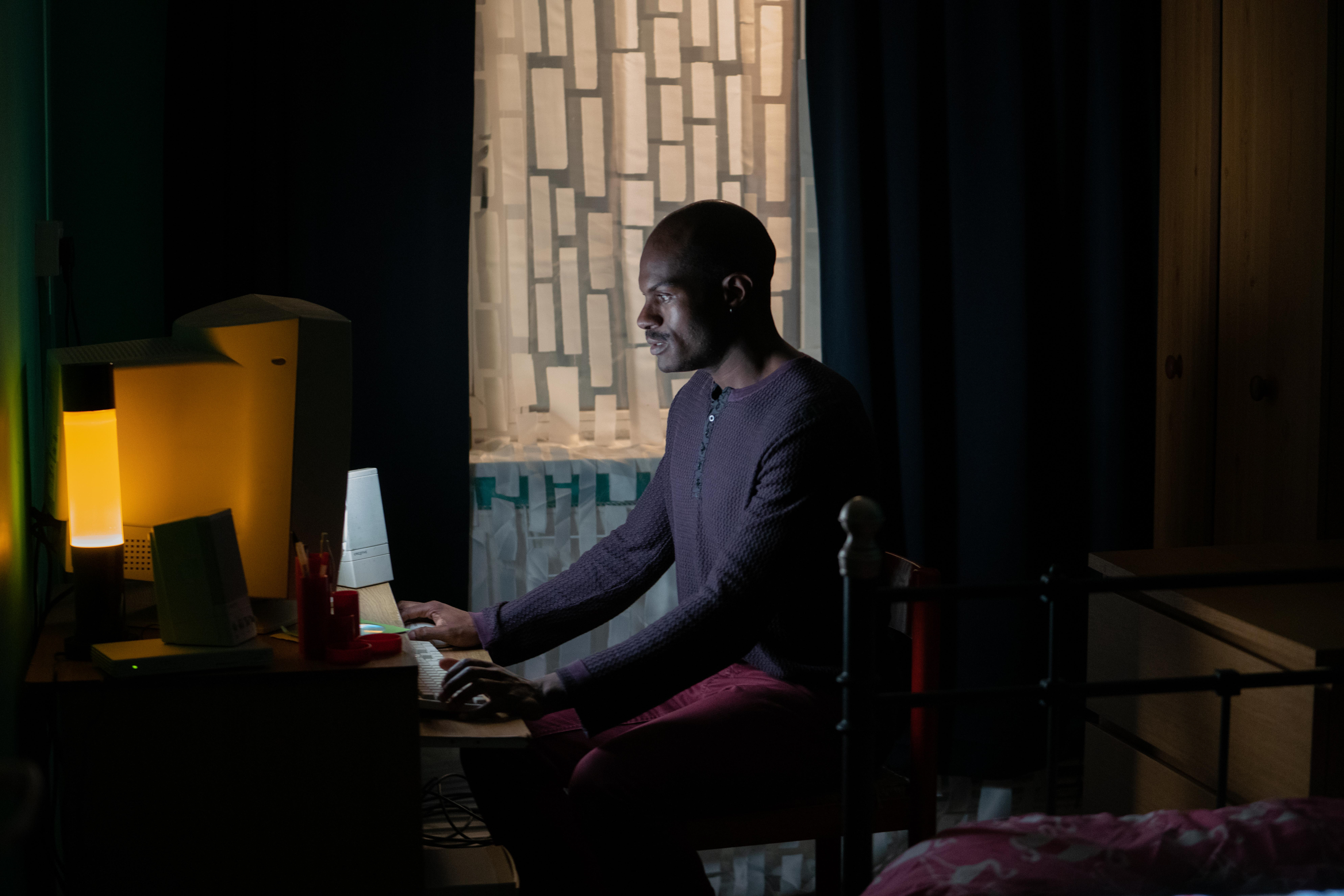 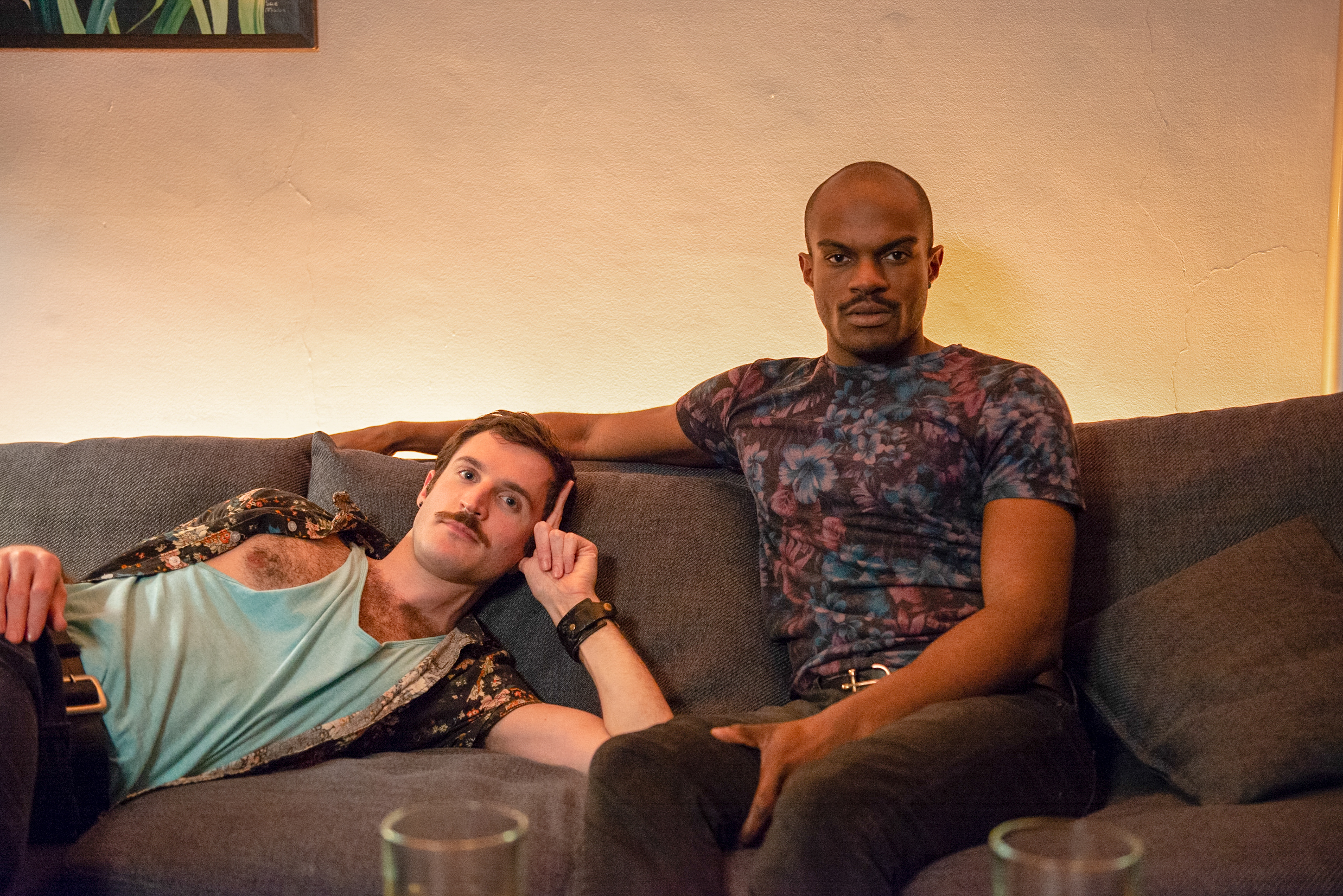 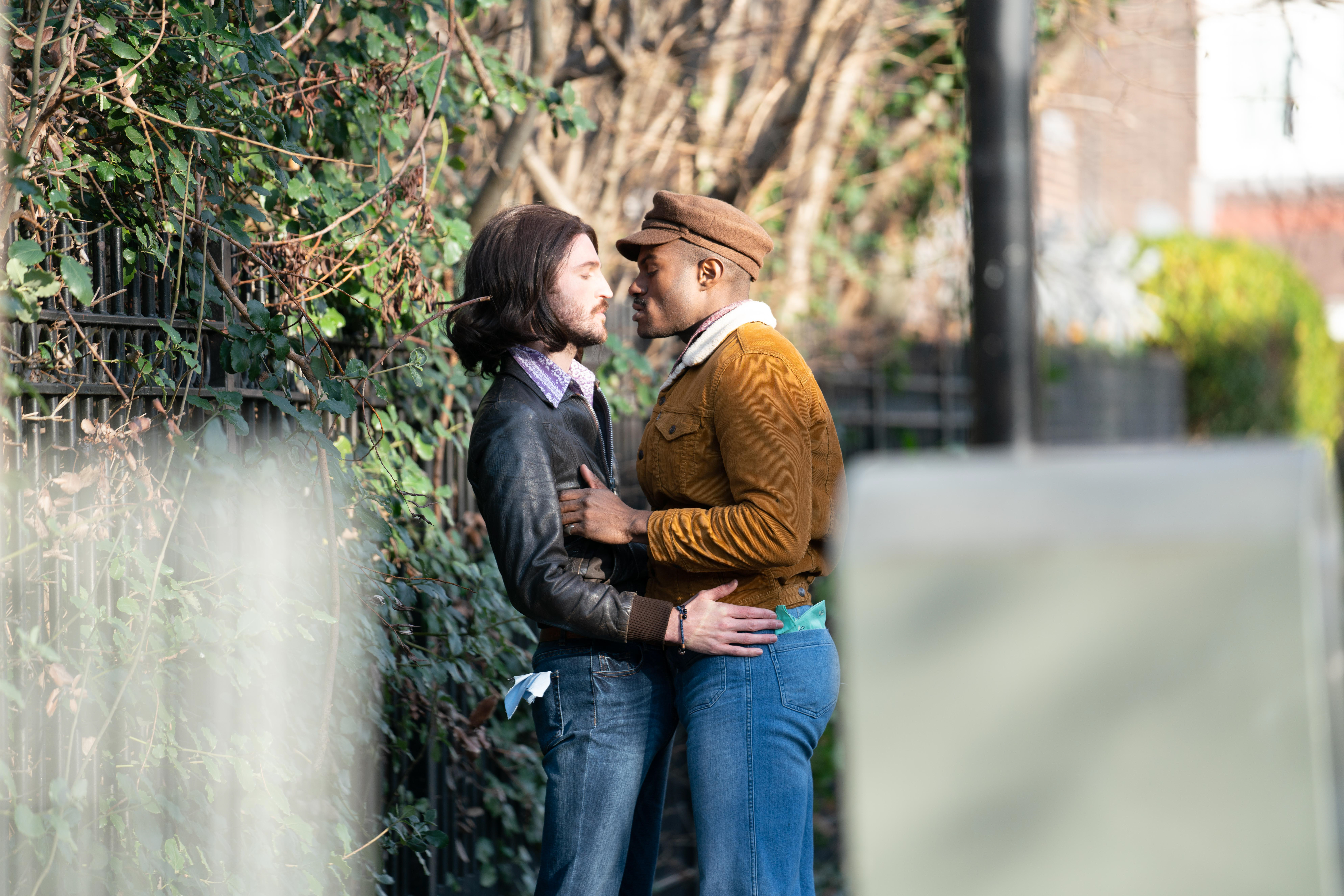 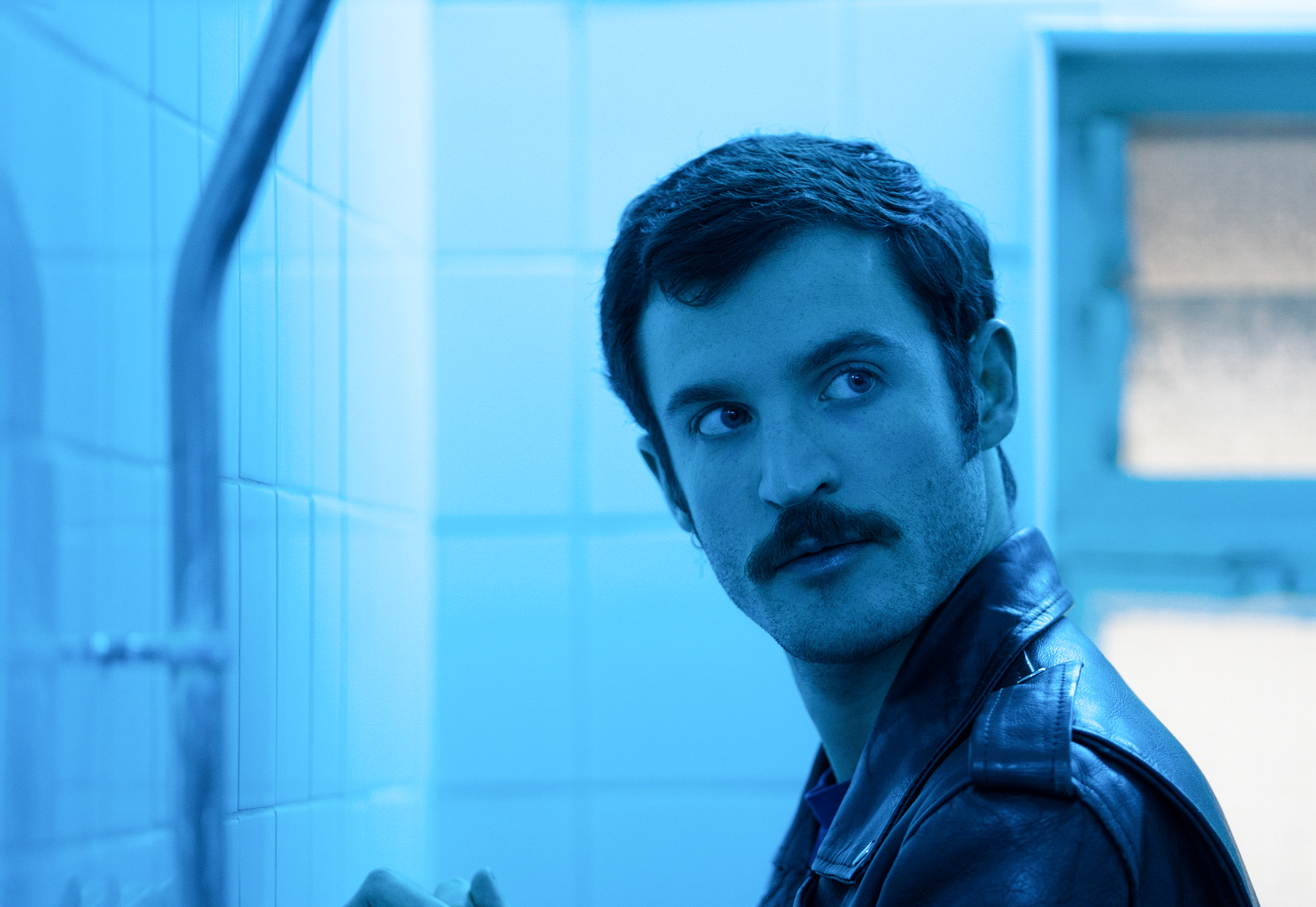 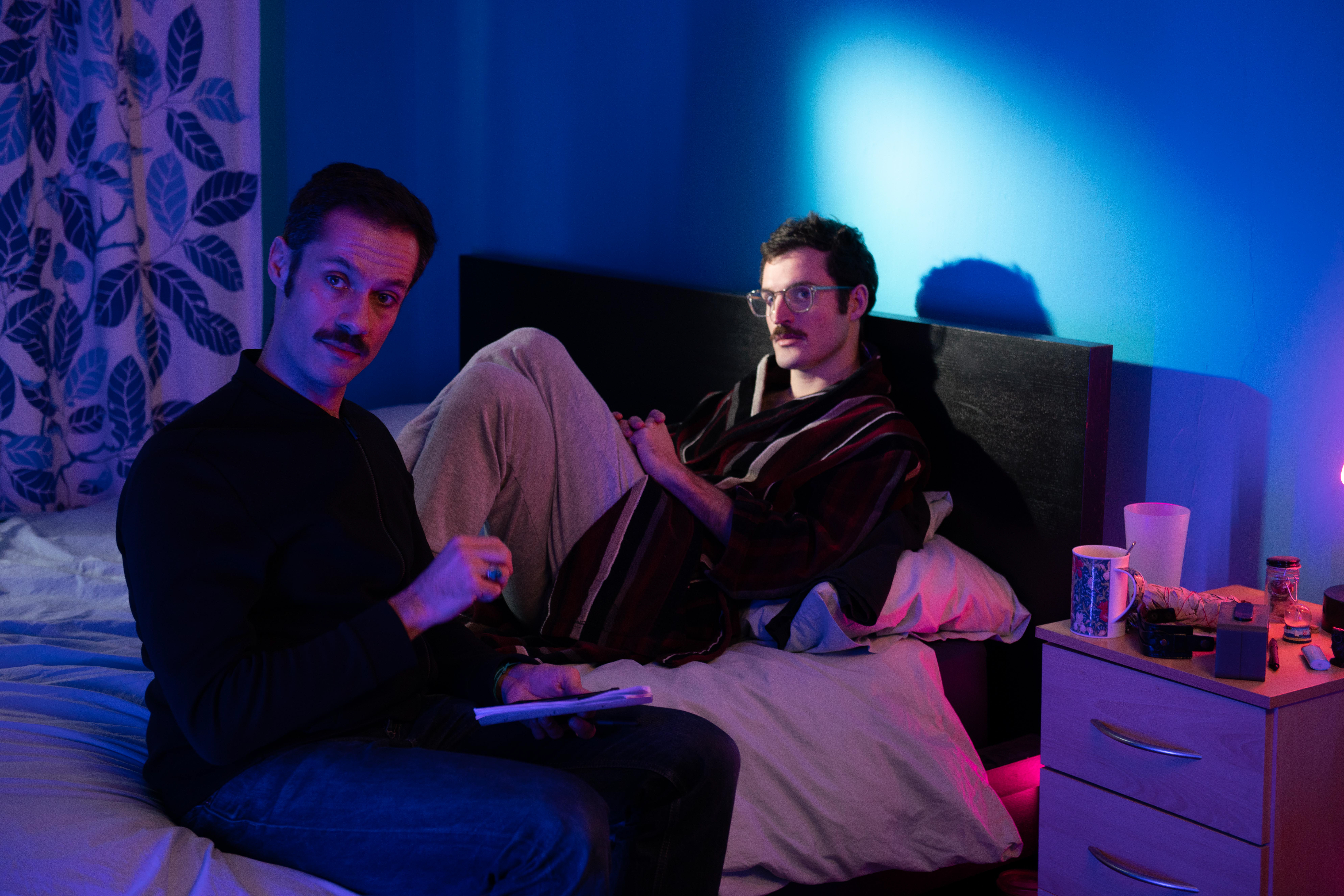 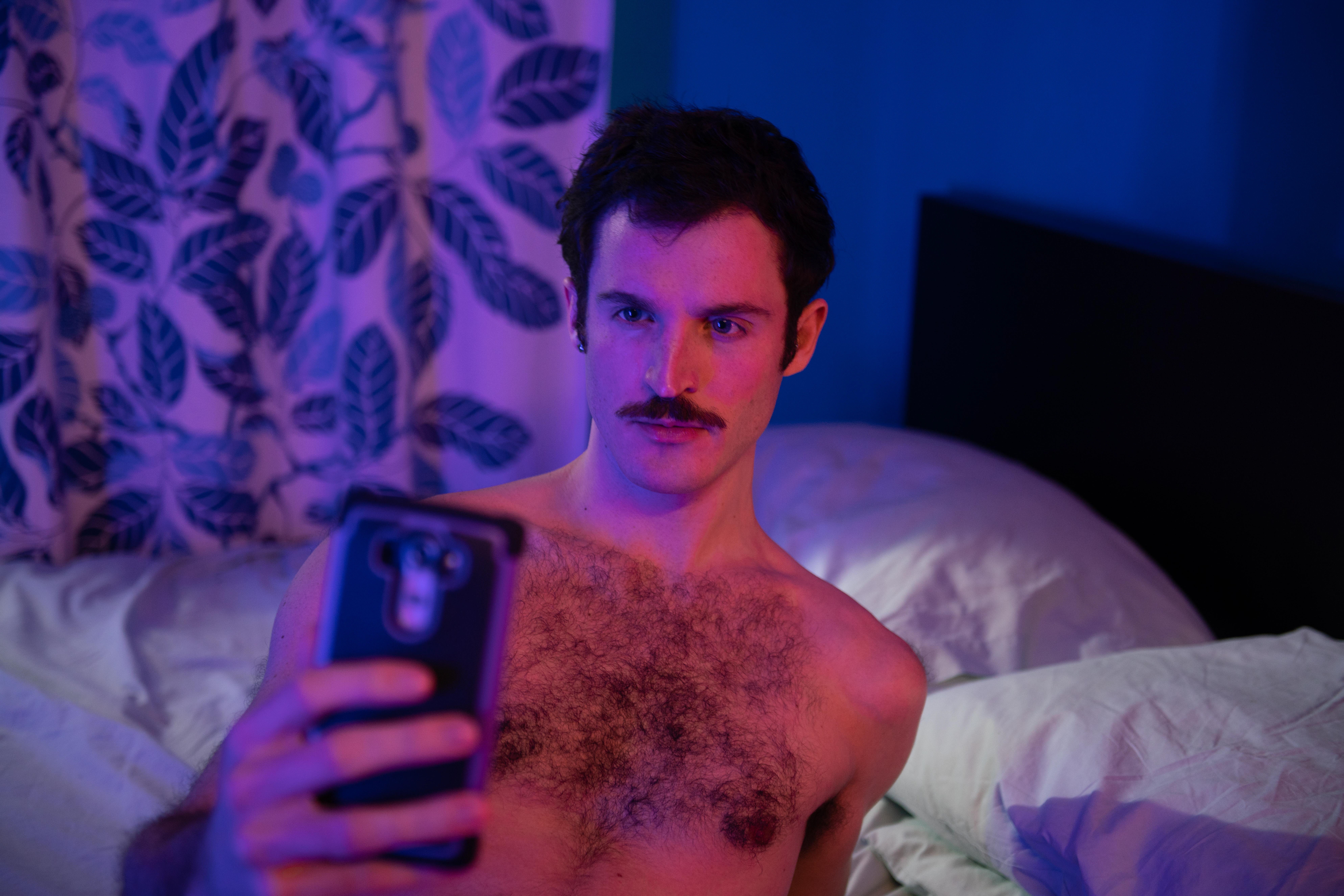 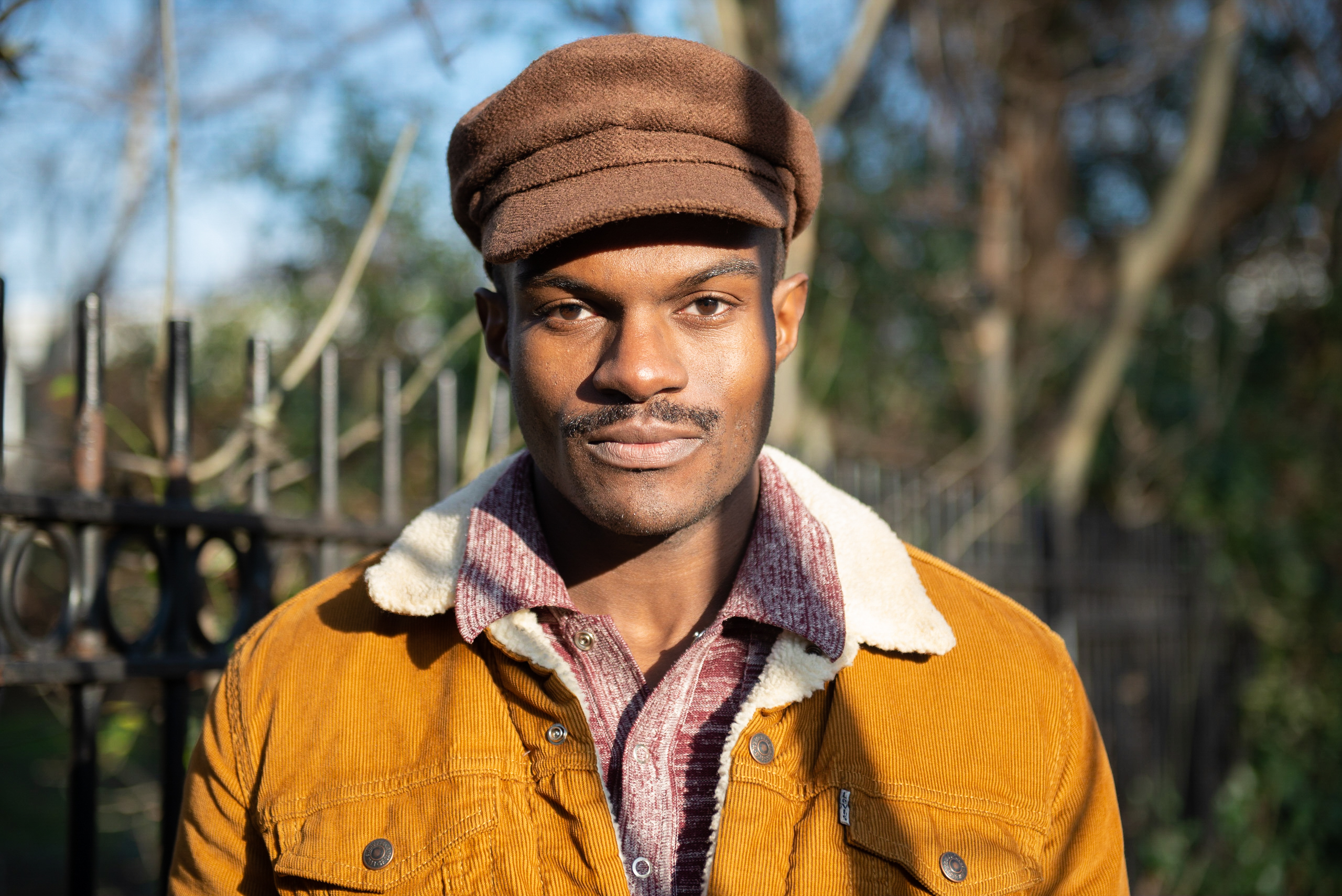 Thrive – an award-winning film by Jamie ...