Features
Home›Features›How do you get changed in the gym?

How do you get changed in the gym?

We could spend all day just hanging out in locker rooms, watching guys get their clothes off. There’s probably laws against such blatant voyeurism, but you can tell a lot about a guy by observing how he gets naked.

We like to think of it as putting our Gaydar to work – our intuitive ability to sense whether a guy is going to be up for a bit of guy-on-guy fun.

Some guys in the gym seem completely oblivious to nudity – either their own or that of those around them. Years of swim training at school or team sports can effectively desensitise you – you spend so much time showering with your team mates or seeing them naked that there’s no longer any shock-value or excitement.

Some guys seem to take a real pleasure in displaying their naked form in front of others. For many guys, there’s an undeniable exhibitionist thrill in public nudity.

Guys who take great effort to pull their underwear on underneath their towel clearly aren’t that keen to get their dick out in public – for whatever reason. It could be a cultural or religious inhibition, or it might simply be that some guys are afraid that people will laugh or make fun of them if it looks like they’re a bit on the small side.

At its most extreme, a fear of getting changed in public is known as dishabiliophobia. But it’s surprising how many people have some level of social anxiety in relation to getting changed or undressed in locker rooms.

A phobia or social anxiety is generally triggered by some sort of traumatic event – usually at a young age. For many queer guys, Phys Ed or Sports classes at school are the source of some of the unhappiest memories from childhood – with bullying, verbal abuse, and physical abuse common occurrences.

Young adolescents are particularly vulnerable. Everyone’s bodies are developing at different times and in different ways, and kids have almost an animalistic ability to identify and exploit points of weakness or difference in peers and competitors. But how do these childhood experiences translate into our adult lives?

According to life-coach Louise Gillespie-Smith, it’s natural to feel a bit of anxiety in the locker room.

“It’s a habit of all human beings to compare themselves with others. We’re all doing it, all the time…” explains Gillespie-Smith. “It doesn’t really matter what you look like, people will still compare themselves to you and the focus is on themselves and not you.”

If you’re lacking in self-confidence, then comparing yourself to others can add further fuel to any negative self-perceptions. Gillespie-Smith offers some advice to help manage locker room anxiety.

“Instead of comparing yourself to others and feeling inferior, when you look in the mirror each day focus on your best bits and how you can make the most of them…” suggests Gillespie-Smith. “Ask yourself – What do I like about myself today? This will create positive body image thoughts instead of focusing on what you don’t like and feeding your insecurities.”

Of course the way that we get changed in public may not necessarily be shaped by traumatic childhood events, but may be influenced by the way that we’ve been brought up by our families or our cultural traditions.

Physiotherapist Shih-Ming Yao is a confirmed towel-changer, but doesn’t see it as a big deal.

“I’m comfortable in my own skin…” confirms Yao. “Towel changing probably stems from mum and dad teaching me that’s how you change in public, and as I’ve gotten older I guess it’s stuck. For me, the key word is modesty. Why is it always the ones you don’t want to see naked that are more than happy letting it blow in the breeze?”

Thusitha from Sri Lanka also opts for a towel when changing.

“For me it’s a cultural thing rather than any religious requirement…” says Thusitha. “I may be wrong, but as far as I’m aware there isn’t anything in Buddhism saying you can’t get changed without covering yourself. When my parents took me to swimming lessons when I was a kid, they covered me in a towel when they changed me. Other parents did the same and we took it from there. We even have cubicles to get changed at the changing rooms in Sri Lanka. I find it uncomfortable being naked in front of people I don’t know. I don’t think that I’ll ever go to a nude beach. I’m really quite shy!”

British-born Rohin, who is Hindu, does feel a certain reserve in the changing room.

“Traditionally, Hindu men were very relaxed about being around other men with very few clothes on…” explains Rohin. “There are lots of religious ceremonies that involve bathing in public, and ancient forms of virtually naked yoga. However, being a modern British Hindu, I wouldn’t feel comfortable about completely whipping off all of my clothes – especially with the pressure of worrying about what’s correct, who’s thinking what, or does this reflect on my status. While I wouldn’t worry about losing the towel for a couple of seconds if need be, that’s completely different to some guys at the gym. There’s one guy who puts on his socks, shirt and tie all before putting his underwear on. To me, that seems a bit weird.”

For Hakim from Azerbaijan, it’s all about respect.

Ultimately, getting changed before and after exercise or sport is just part of the deal.

“There’s no wrong or right way to behave…” emphasises life-coach Gillespie-Smith. “It’s perfectly okay to get changed however you feel comfortable. Taking that pressure off yourself will help you to relax and stop worrying about what everyone else is doing or thinking.” 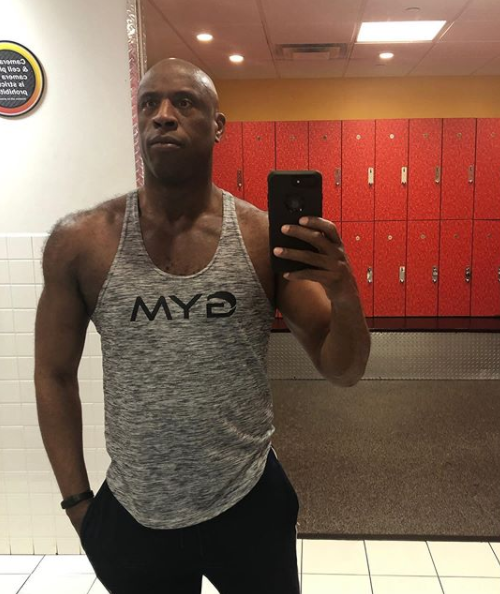 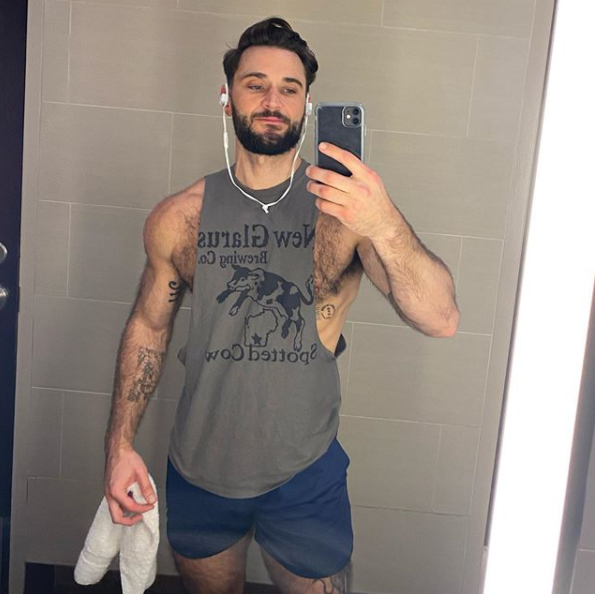 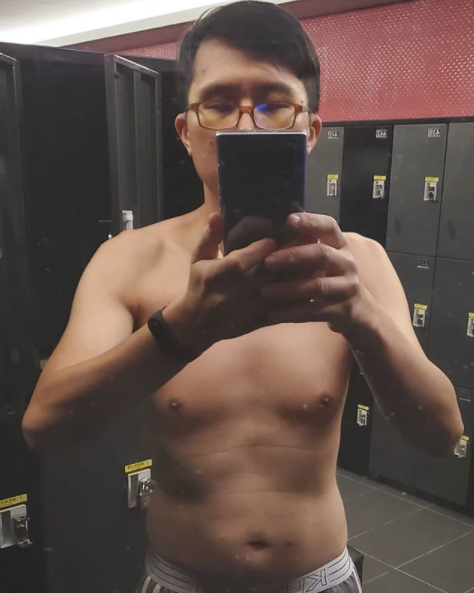 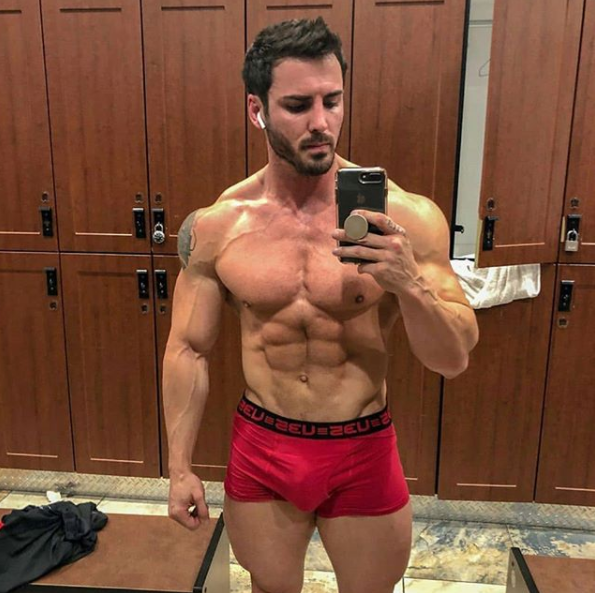 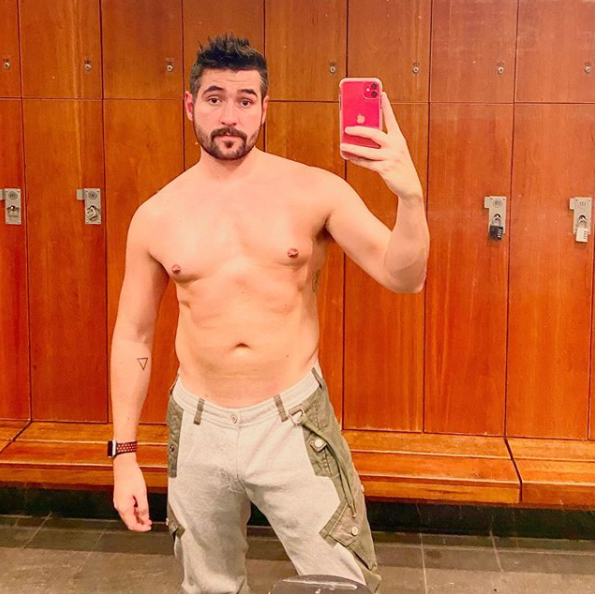 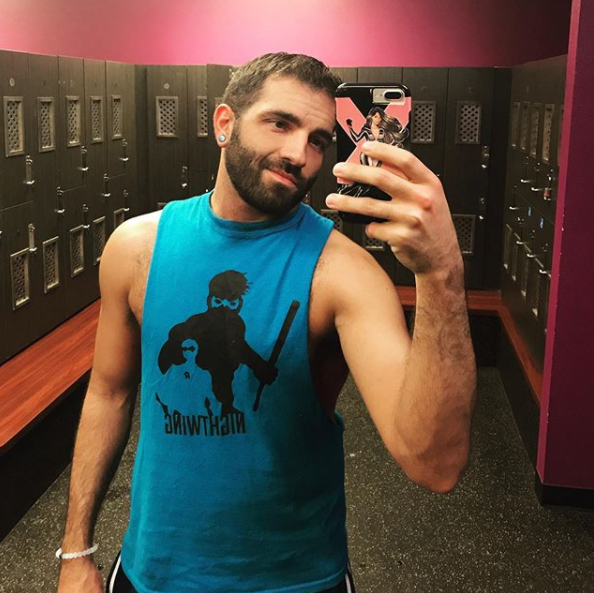 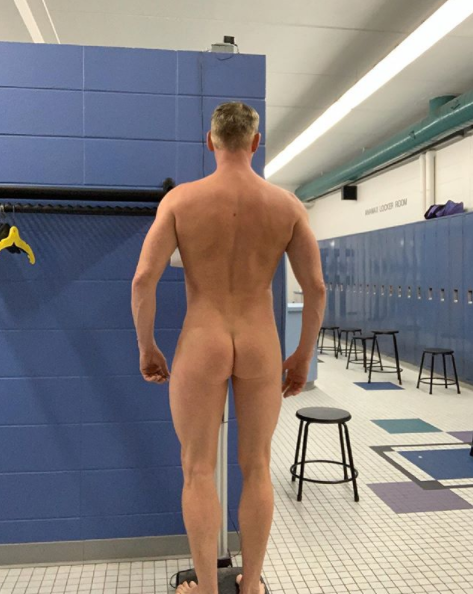 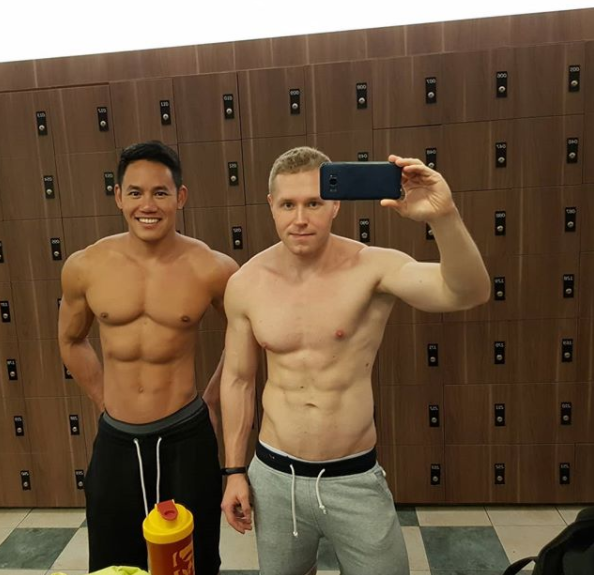 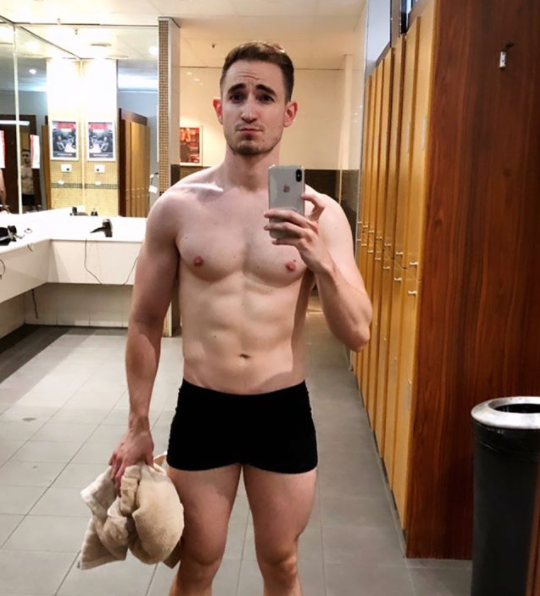 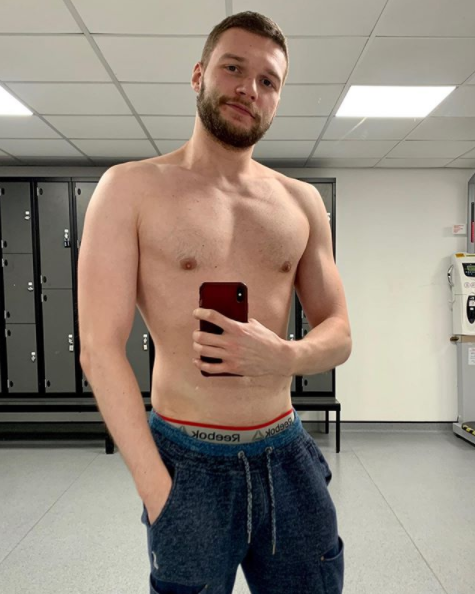 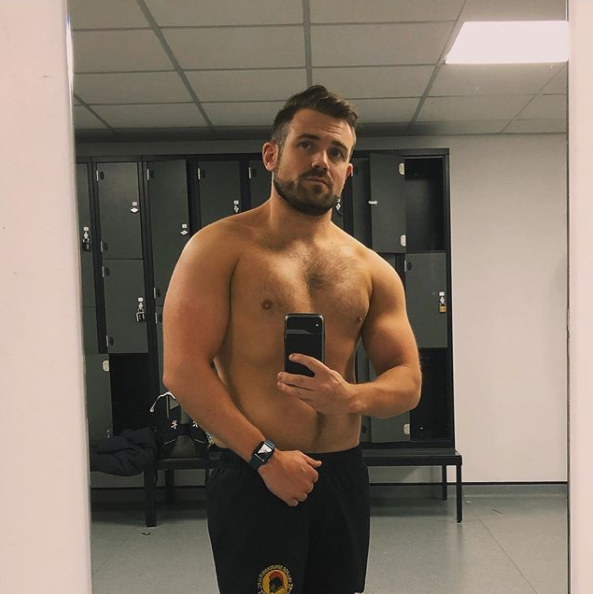 Exploring the possibilities of a hook-up – ...