How to tackle depression

I caught up with mental health advocate Davey Shields of MenTalkHealth to talk about depression, stress, podcasting, and dating.

You write extensively about your experience with depression. How old were you when the depression first manifested?

For many people it can be hard to really pin-point. I was diagnosed with depression by a GP in 2008. Looking back, trying to understand my patterns of thinking and behaviours, it seems like there was always something there.

It was definitely something I was dealing with severely as a kid. I’m only learning now that what I thought was atypical for a moody teenager was more extreme, and at times dangerous for my thinking and development of my self-identity. Even now, there’s a question hanging over my mental health — what is ‘wrong’ with me? Am I depressed? Do I have anxiety? Or, as the current thinking seems to be from my doctors, do I have Borderline Personality Disorder?

It’s now more than ten years after my initial diagnosis, and it feels like we’re only just getting to the truth of my poor mental health.

How does your depression make you feel?

For me, depression is linked to intense feelings. For many, depression can bring about apathy and a kind of absence of feelings, and I have experienced that to some extent. For the most part, depression gives me extremely strong feelings of worthlessness.

It makes me take the smallest mistakes in my life and replay them over and over, reliving that feeling of worthlessness again and again like a lashing from a whip. Each time, it strips away more of my confidence, as if it was happening for real – over and over again – and the wounds just keep getting deeper.

This leaves me broken and unable to function. Getting out of bed hurts, starting the day hurts, because everything terrible I think about myself is being replayed over and over and I simply can’t outrun it.

What are some of the ways that you’ve tried to tackle or manage your depression?

You wouldn’t know from looking at me, but it’s going to the gym. I try to go regularly. I fail often – especially when I’m feeling bad – but I definitely have longer bouts of feeling in control when I regularly go to the gym.

I’ve noticed that when things are going well, sometimes I stop going the gym because I feel like I didn’t need it. Then, a few days later, I will inevitably crash. So, I need to be vigilant in making sure I go, even when I feel on top of the world.

The other way, and best way, was starting my podcast MenTalkHealth. Talking and joking with my friends about my mental health takes a lot of the pressure off. Before MTH, I would blurt out random feelings and thoughts and then refuse to address anything. Now, I know that for a couple of hours every month, I can talk about anything I want with people who care and have their own experiences to share. It’s released me from a lot of the guilt I carry around with me about taking up people’s time or being ‘miserable’ around people.

When did you decide that you wanted to talk openly and publicly about your experience with depression?

It came upon me gradually. I’ve always been quite open about my mental health to my friends. That said, I didn’t tell anyone I was suicidal. I hinted to a few, testing the waters perhaps, but even I felt like there was a limit to what I could say. Sadly, the day I did tell someone I was feeling like I should take my life, they reacted by telling me that they didn’t want to hear about it. This rejection was the final push I needed, and led to my first brush with suicide.

Has people’s understanding of mental health issues improved over recent years, or do you still feel as if you have to educate people about conditions such as depression?

I think there has been some amazing advancements in how we now talk about mental health. I think a lot of that comes down to organisations like MenTalkHealth, Time To Change, and See Me – working with and encouraging those with lived experience to get people talking about mental health.

That being said, there’s so much to more to do. People don’t realise that mental health is something we all have, just like your physical health. Once you make that distinction, it makes more sense when we talk about mental illness.

The population is now more aware of depression and anxiety, and more informed about how to deal with and understand what these terms means. There isn’t the same level of understanding yet for other mental illnesses. Things like OCD, Borderline Personality Disorder, and Schizoaffective Disorder are just a few of the mental health conditions that most people don’t understand. We need to make sure we address the stigma around all mental illnesses.

What’s your experience of how the UK’s health system supports people with mental health?

It’s hard to criticise something so valuable. I have a lot of love and support for the NHS, but for me, as I deteriorated, when I really needed help, I was let down.

It took me over 18 months to get a place on a course to help equip me with skills to manage my mental health. Even when that started, I still was no wiser as to what my official diagnosis was, if my medication was working, or if there were any alternatives. I never saw a psychologist in ten years.

As 2017 drew to close, I reached my lowest point. My GP, my well-being team, and my friends were doing everything they could to get me in front of psychiatrist. Yet – despite nearly taking my life a further two times – my GP and I were told I wouldn’t be allowed to see one as I hadn’t fulfilled the necessary requirements for seeing one.

There simply aren’t the resources to help us all, and we’re reduced to tick boxes. There are certain behaviours that are seen as more pressing then others. I failed to suffer with the right mix of symptoms.

There are two fundamental problems with mental healthcare in this country. Firstly, it’s reactionary. People are treated after they have gone far past breaking point, and so their recoveries are harder and more time-consuming. We need to be talking about mental health like physical health, so that people speak up before its too late. That’s why MenTalkHealth is important.

Secondly, there simply isn’t the money to handle the need, and so no one is getting the care they deserve. Waiting one year for treatment after a suicidal incident is simply not good enough. Having GPs prescribing medication for mental illness after nine minutes is not safe or sensible. Funds needs to be found to provide better access to mental health professionals. The problem is, where does the money come from?

I’ve read some studies that suggest that gay men are more susceptible to mental health issues such as depression. Would you agree with that perception?

I would say that that is probably the case for the most part, however I think it’s dangerous to attach mental illness as something that gay men get rather than straight men.

There are very few gay men who would say that coming to terms with their sexuality wasn’t hard. The fear of rejection and of not being good enough is pretty ingrained in most of us, and that takes a toll on mental health. Likewise, as a community, we have our internal values systems that lead to more destructive feeling of inadequacy. The perfect body, the perfect job, the perfect life. There is lot to be said about the damage we do to ourselves as as community, and why we do it.

What I think is most important here though is to talk about all men, regardless of sexuality. As men, we’ve all grown up with certain ideas of what it supposedly means to be a man. We’re told to man-up, to not be so sensitive, that boys don’t cry. The patriarchy damages everyone regardless of gender. As gay men, we become accustomed to a certain amount of honesty in our lives — we had to be honest about sexuality. Straight men don’t get that opportunity. They don’t get a release. There’s no big moment when they get to say — ‘this is how I feel and it fucking hurts…’ That’s dangerous.

There may be a higher percentage of gay men receiving support for issues with their mental health, but the silence from our straight brothers shouldn’t be seen as them having it better. Their silence should be alarming more than encouraging. They aren’t asking for help until it’s too late.

What does happiness mean to you?

I’m really not sure. Not because I’m purposely trying to be negative, but for me, right now, what makes me happy is that my work is helping people. It helps me find a point and purpose to the lows I still feel, and all those feelings of self-loathing. So it’s happiness tinged with sadness. I hope one day that I can just be happy. 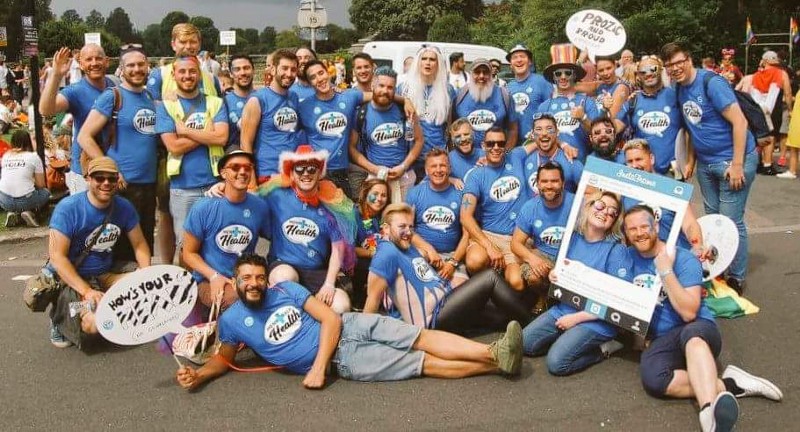 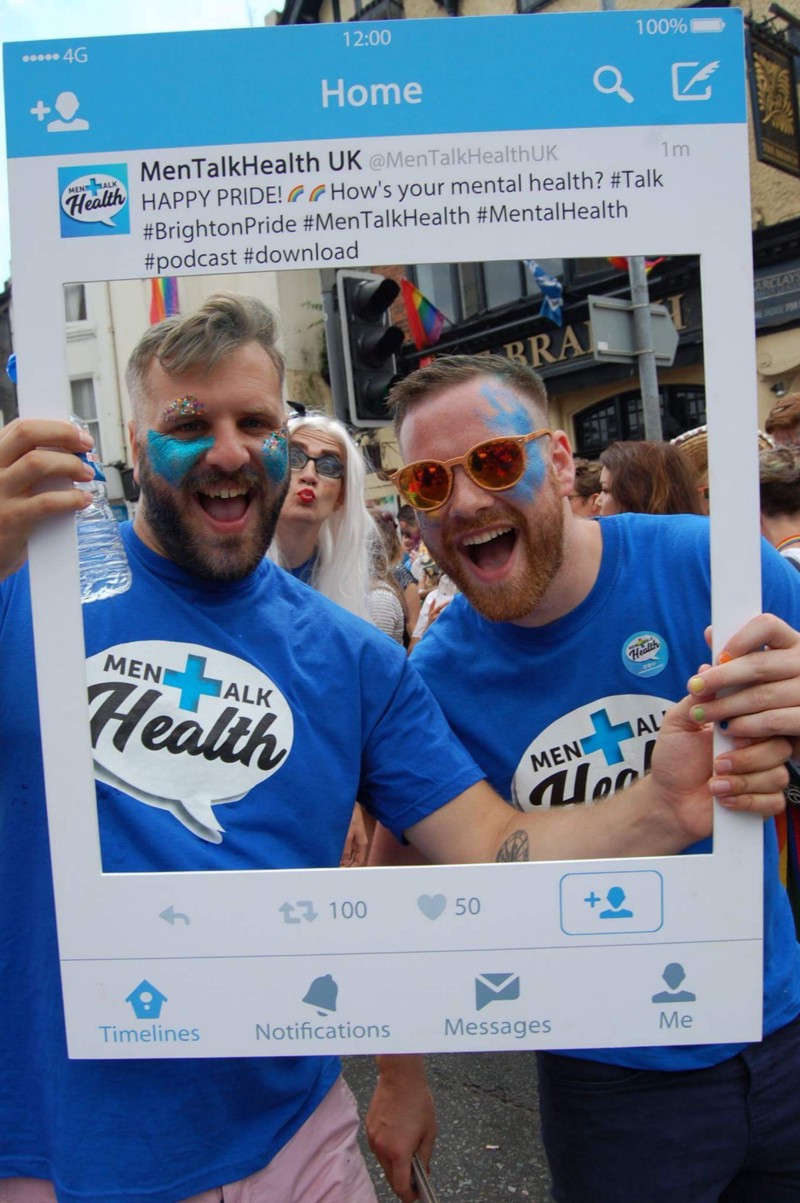 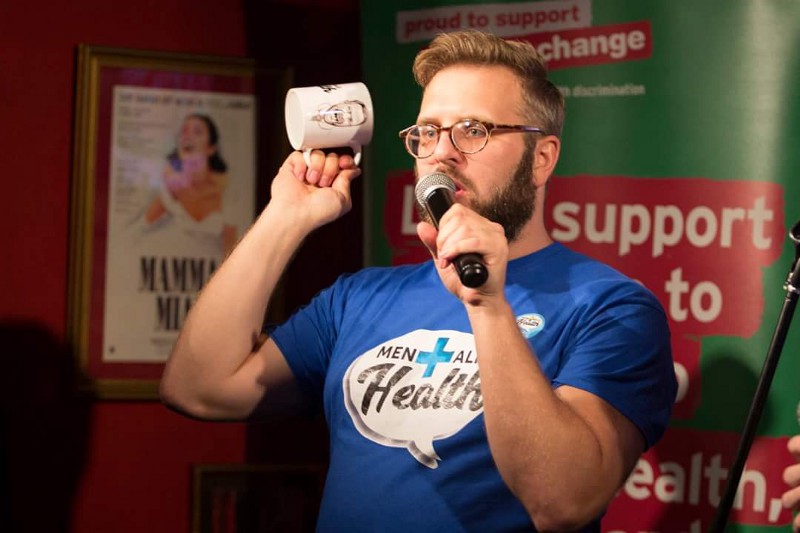 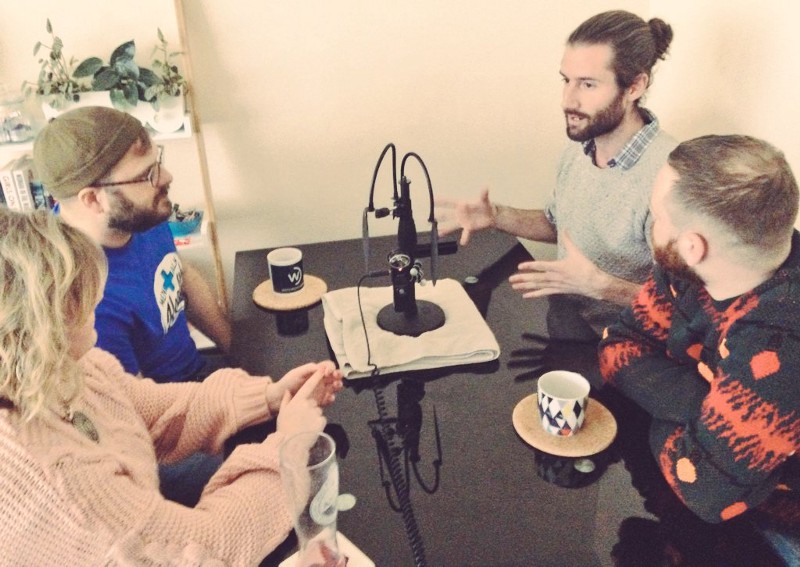 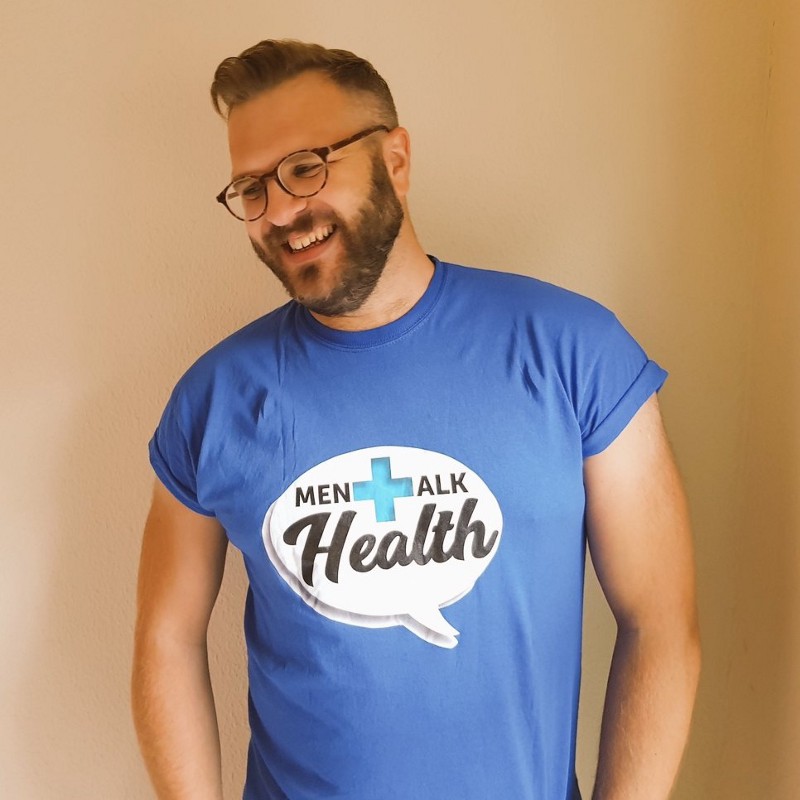 Celebrity Cosmetic Surgery And Why There Isn’t ...

Pull your socks up and pay attention ...