Immerse yourself in the queer music of Jon Campbell

Berlin-based musician and artist, Jon Campbell has released new music – the track is called Metropolitan. It’s taken from the forthcoming LP, Wolfen, which will be released on 9 April.

Metropolitan is a song about memory and time and their preservation through art.

Shot in Berlin and Rome, Campbell directed the video for Metropolitan. The dancer featured in the video is Matteo Aprile.

As the title suggests, this is a song about homophobia, but it’s delivered with Campbell’s stripped down aesthetic that is always worth paying attention.

Jon Campbell has been making both art and music since he was 13, but it’s only relatively recently that he’s found the confidence to share his music with the world.

“When I started pursuing music professionally, a lot of people got worried and asked – But what about painting?” explains Campbell. “This question was really vexing to me until Francis [his debut single] came along and showed me that the differences between the two art forms are superficial, and rather superfluous.”

“When I write overtly gay lyrics, it can feel self-indulgent at the moment I’m writing them – but I’m through with making myself smaller for the convenience of the majority…” says Campbell. “Does that mean my music is exclusively for queer people? Not at all – it means my music is inclusive of queer people.” 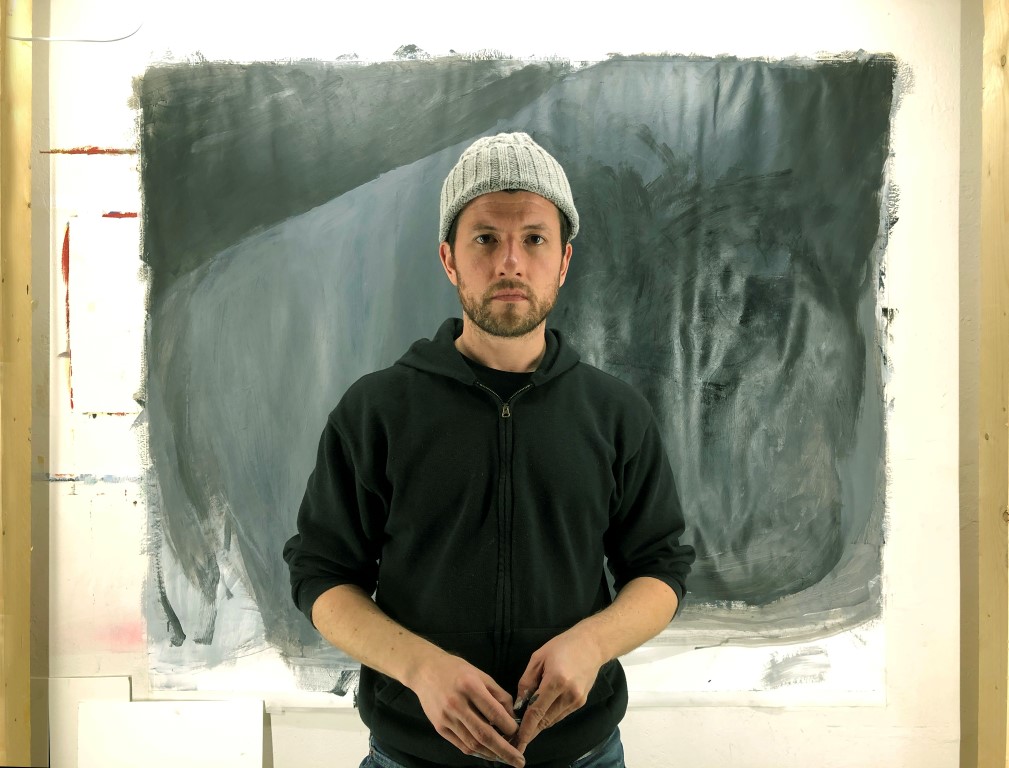 Rebels Without A Cause

At the time of the release of his single Rebels Without A Cause, we caught up with Campbell to talk about his music.

What was the inspiration for this track?

What inspired the track is the feeling of falling head-over-heels in love, like you want to declare your love from the mountaintop and to spread that joy as far and wide as you can.

The feeling I had in my chest when I wrote it was so enormous that it felt like I was having a heart attack. I was
practically hyperventilating, I was so overjoyed!

What draws you to James Dean and Sal Mineo and the film – Rebel Without A Cause?

The lyric about James Dean and Sal Mineo is from a song by The 6ths called Just Like a Movie Star. Jamie Irrepressible and I sang that song together for a show in London in 2016. We were boyfriends at the time, and it was a very magical moment.

The lyric about James Dean and Sal Mineo grew into a whole vignette, and they became sort of avatars to embody a much bigger, broader celebration of gay love.

You’ve talked about the creative process, and how you wanted to push the ‘gay meter’ as far as you could. Was that what led you to the Pet Shop Bears Choir?

I’d performed live with the Pet Shop Bears Choir in limited capacity for a couple of shows in 2016, and they were wonderful each time. For this track in particular, I wanted to keep it ‘in the family’ with an all-gay choir.

The sentiment of the song was far too boisterous and jubilant to be carried by one voice or even two or three voices. To get anywhere near that unbridled joy of falling in love, I needed a choir of 20 men at the very least!

For the video, you’ve used a similar stop-motion technique as you did with the single Francis. As a painter, do you feel that you’ve got a particularly visual approach to music?

I see songs in my mind in their own unique shapes and character, so there’s definitely a visual aspect to each and every song, but I wouldn’t really say I’m approaching music visually or vice versa – they’re two expressions of the same thing.

Pride is what started the moment those heroic Queens and Queers at Stonewall said No, stood their ground, and fought back against the police who were trying to arrest them for being queer. It’s radical bravery and love for community and of self in the face of hateful opposition.

We’ve come such a long way in the 50 years since Stonewall, but there is still so far to go. As long as Trans women are being murdered in the streets, and queer kids are ending their lives because it’s easier than facing the bullying they experience at school, as long as there are entire swathes of the planet where it’s illegal to be gay and punishable by death, then there’s still a reason to continue saying No, to stand our ground, and fight back – especially for those who are less privileged and most vulnerable – like the Trans women who stood at the front-line of Stonewall so that we could march in Pride parades today.

For me personally, the best way I know how to demonstrate that radical love in the face of hateful opposition is to continue to make art and music as gay as fuck if I feel like it, and to tell my own gay love stories as truthfully as I can.

There are incredibly hateful, violent forces are out there who want to extinguish our light. The louder they are, the louder I’ll shout from the damn mountaintop when I fall in love!

What do you hope that people feel when listening to Rebels Without A Cause?

If anyone can feel any degree of the excitement, joy and love I felt when I wrote it, then I’m very happy and very grateful to share it with them. It’s also a fun song, and I hope people have fun when they listen to it!

Filmed in the Tiergarten in Berlin, the video for Lior stars Martini Cherry Furter.

Your dark eyes, they sing to me
There’s light in your stare
And they sing the things to me
Your voice wouldn’t dare