Features
Home›Features›Josh Eddy has our attention

Josh Eddy has our attention

Josh Eddy is a big, beefy ginger guy. That ticks a lot of boxes.

Josh is a fitness model, and he’s one of the faces of the Red Hot photography project – showcasing the undeniable allure of men with red hair.

We caught up with Josh to talk about the project.

What made you want to be part of Red Hot?

I’m not a model. I worked with Thomas on his very first Red Hot coffee table book. At the time, I was an attorney at a big corporate law firm. I sat for the photo over my lunch break.

It was a confidence-building experience because I’d never thought about my red hair as something desirable – quite the opposite, actually.

After the book’s release, I started an account on Instagram, just for selfies and gym pics – something I never would have done before. That account now has over 200K followers.

That said, I’m still pretty shy about stuff like this, but I know Thomas will always make me look my best. Plus, the fact that the calendar benefits a worthy cause made it a no-brainer.

It’s a benefit and a curse. I’m 6’2″ and 250 lbs – so, with the red hair I definitely stand out. That’s great if I’m feeling confident, or if I lose my friends in a crowd, but pretty annoying if I’m trying to lay low or just don’t feel like being seen.

Of course. I’d be really, really surprised if there’s a red-haired man who answers no to this question. Being a red-headed boy was awful as a kid. Part of it is just that kids like to pick on differences. But part of it is also because red-headed men were portrayed in the media for a long time as undesirable, evil, soulless, annoying, and problematic.

It’s only recently that you started seeing red-headed men in the media – and advertising especially – as ‘normal’ or non-threatening. The public perception of red-headed guys has definitely changed. I hope it’s not a fad.

So much of being a kid and growing up is about dreaming of what’s possible for your own life.

It’s really sad when talented athletes don’t pursue their passion because they happen to be LGBTQ and don’t see a path to success for someone like them.

It’s also really unfortunate that so many professional athletes don’t think that they can be public about who they are without risking their career.

Athlete Ally does a lot of great work to break that cycle.

Thomas has a knack for making shoots fun and comfortable — there’s probably nobody else on earth who could get me to wear a jockstrap on Santa Monica beach!

It was a sunny day – we lathered on the sunblock. There were a lot of people around.

I’ve never done anything like that – running up and down the beach in my underwear for hours – but it was a lot of fun, and at least some of the crowd seemed to enjoy it.

I ended up as Mr July in that calendar, and that shot became the most-liked photo on my IG account. I love the photo and think it’s a lot of fun — the lifeguard tower, the beach, the sun. I hope people feel that fun summer LA vibe.

Yes he does. He absolutely does. Here’s the link you need. 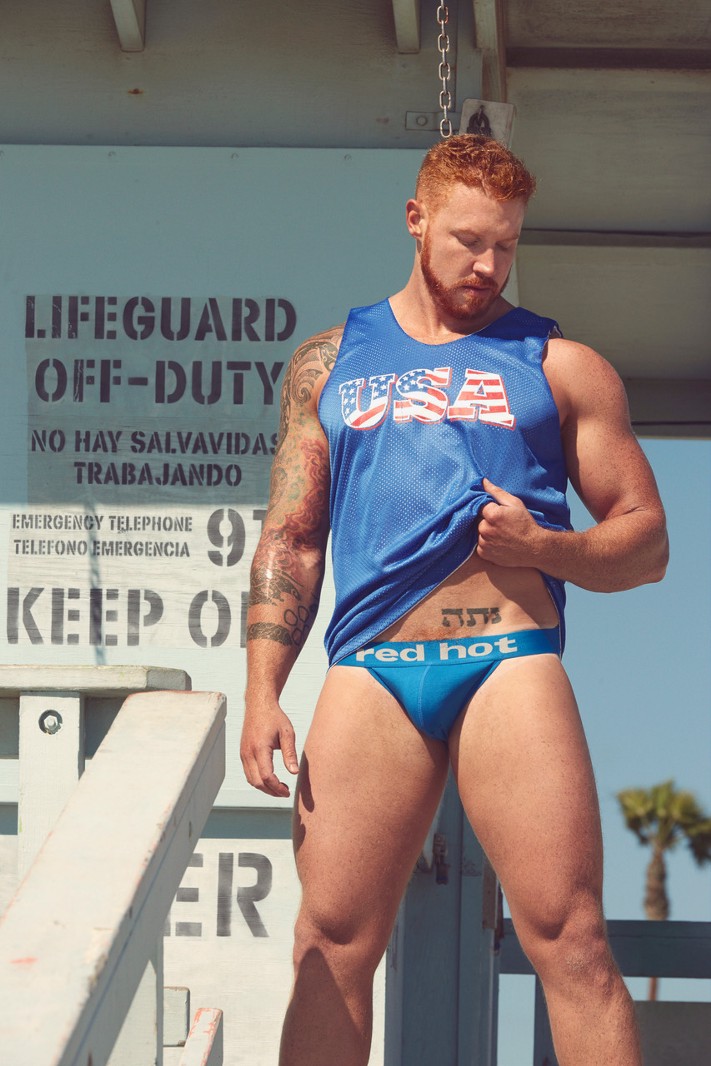 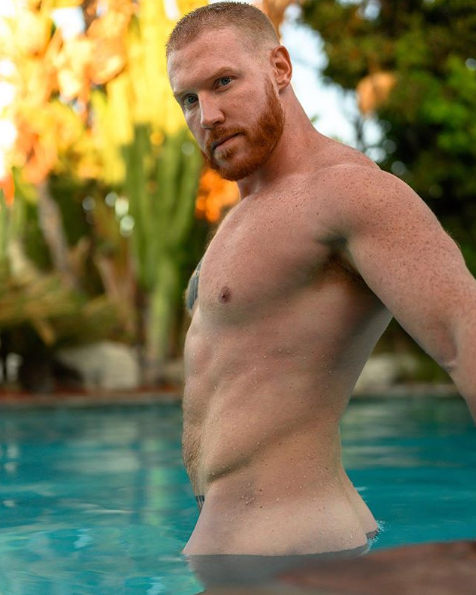 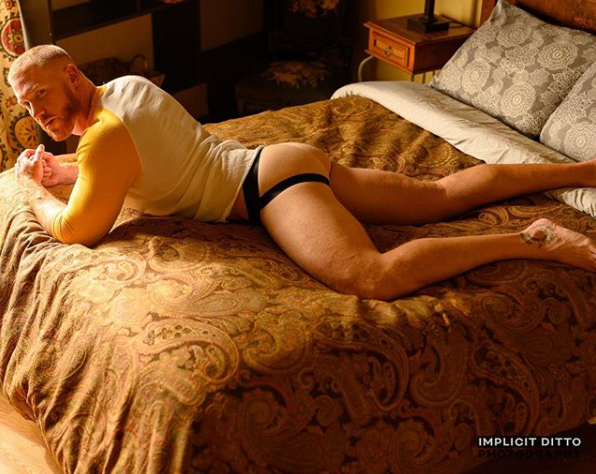 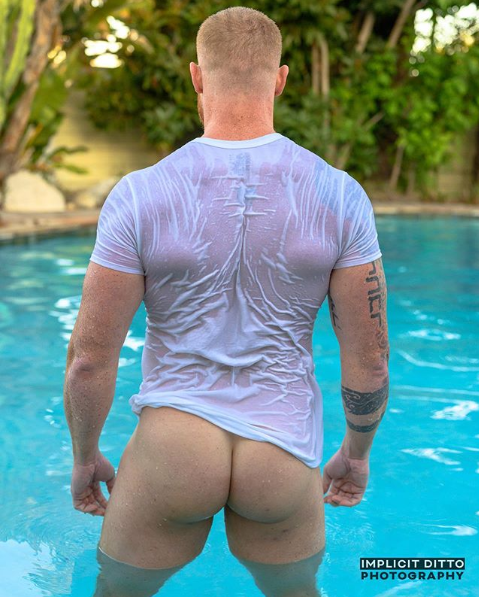 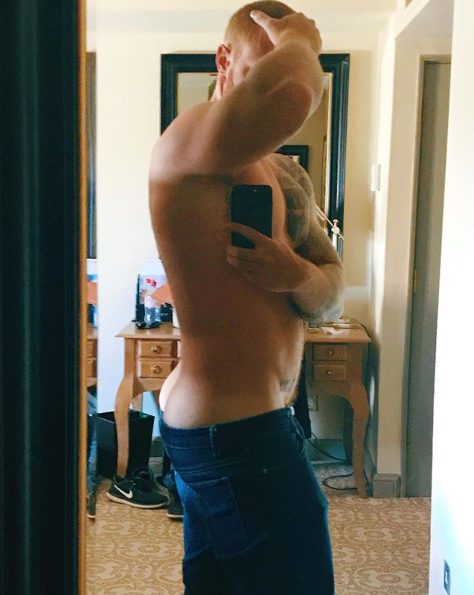 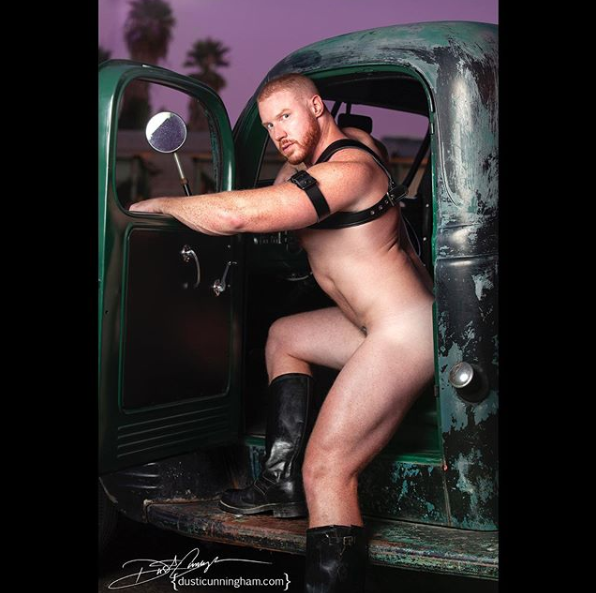 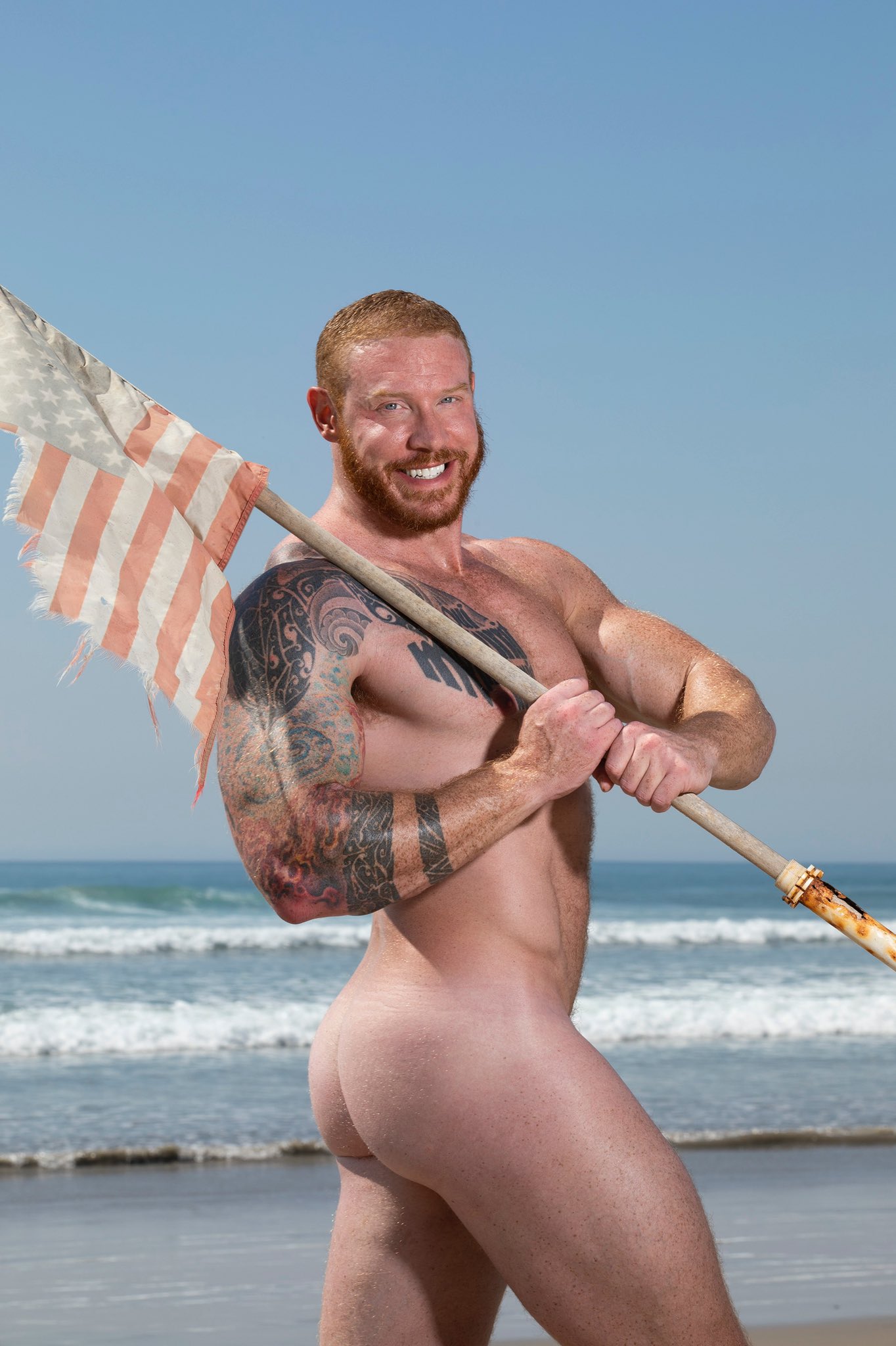 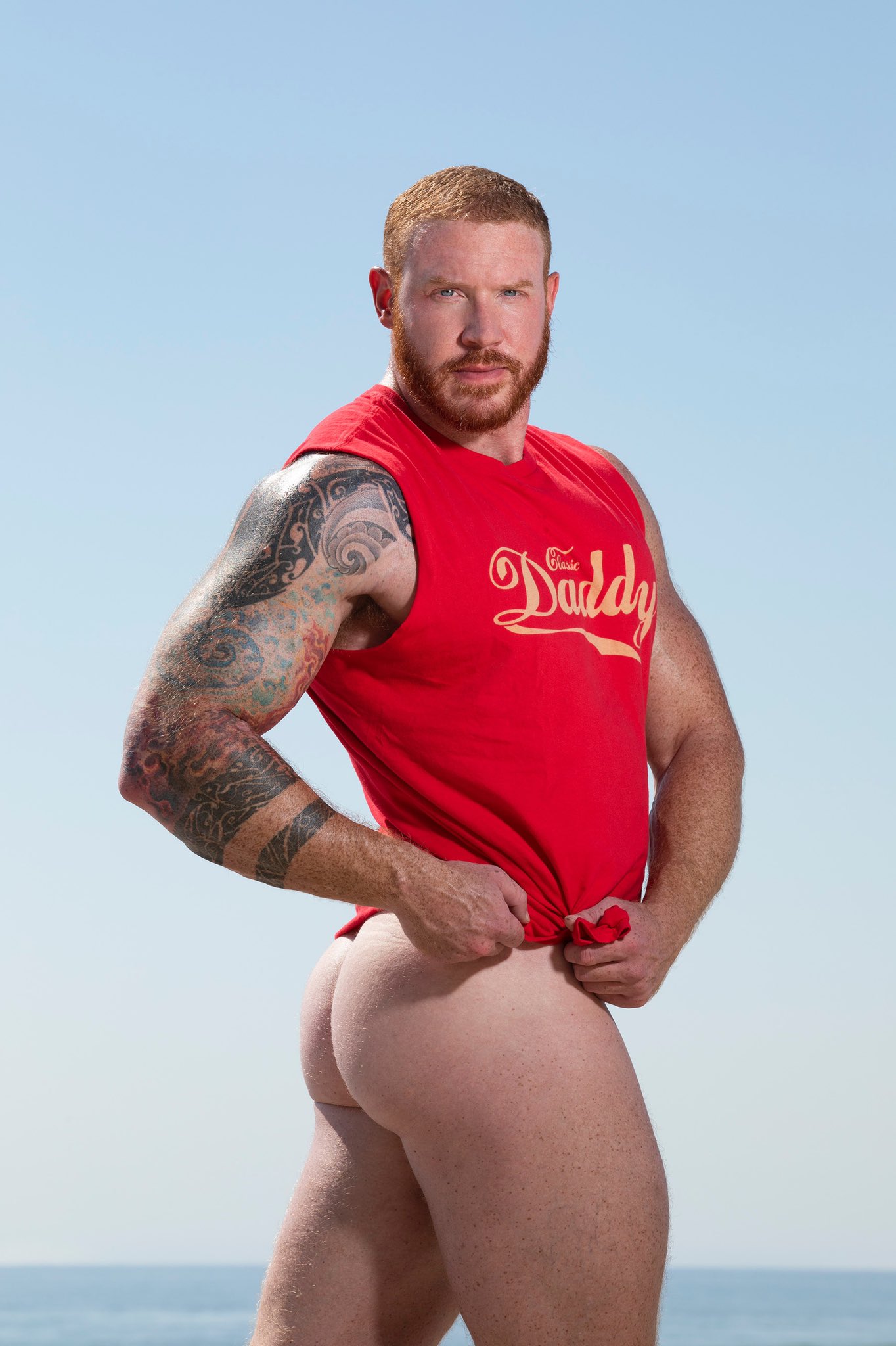 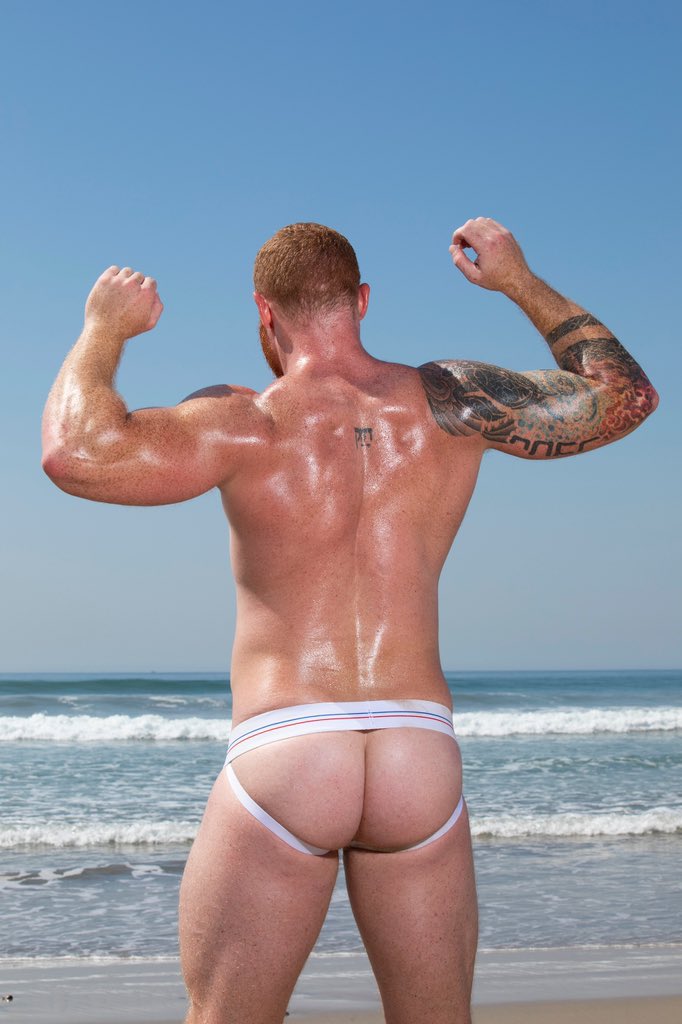 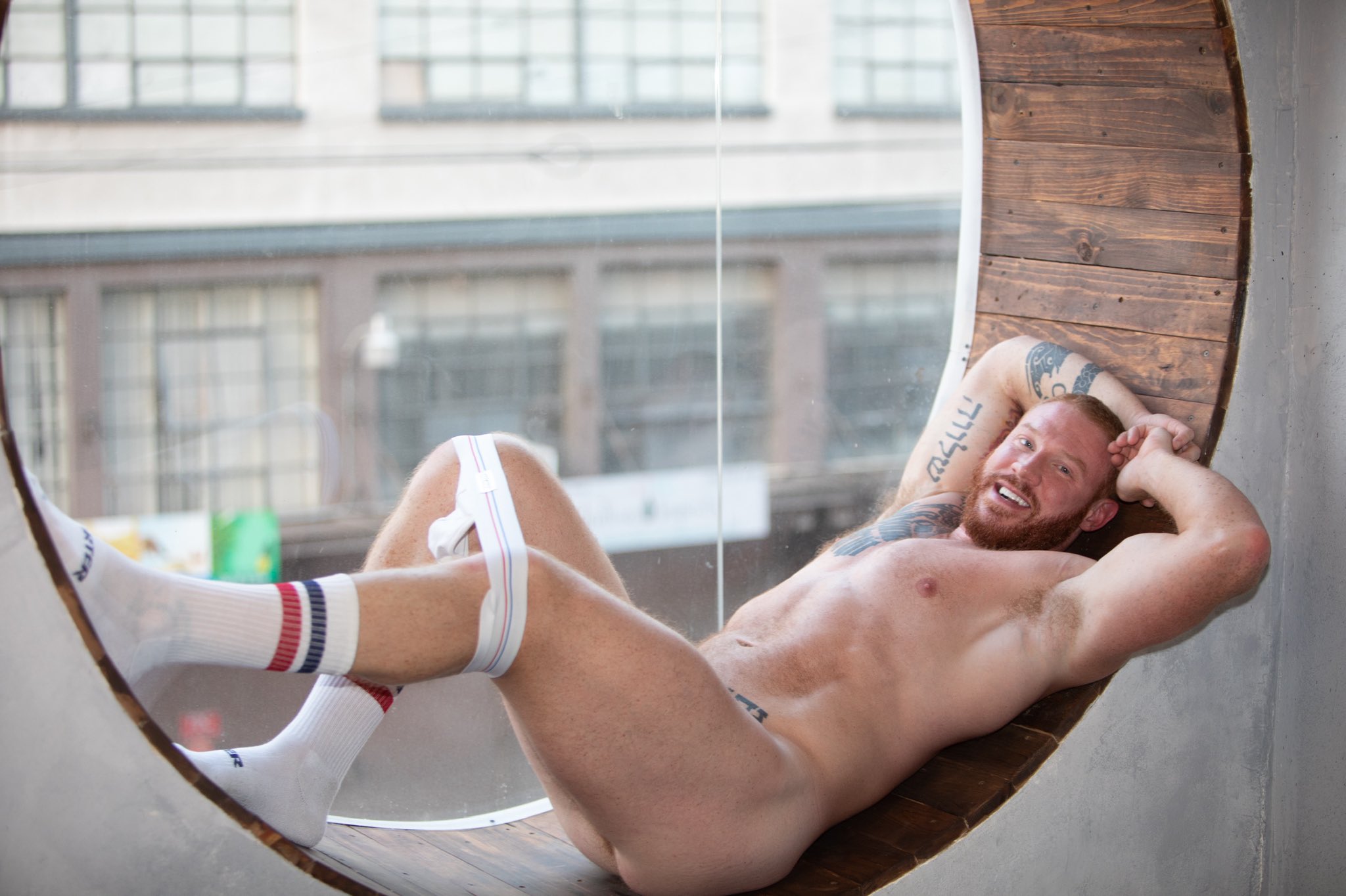 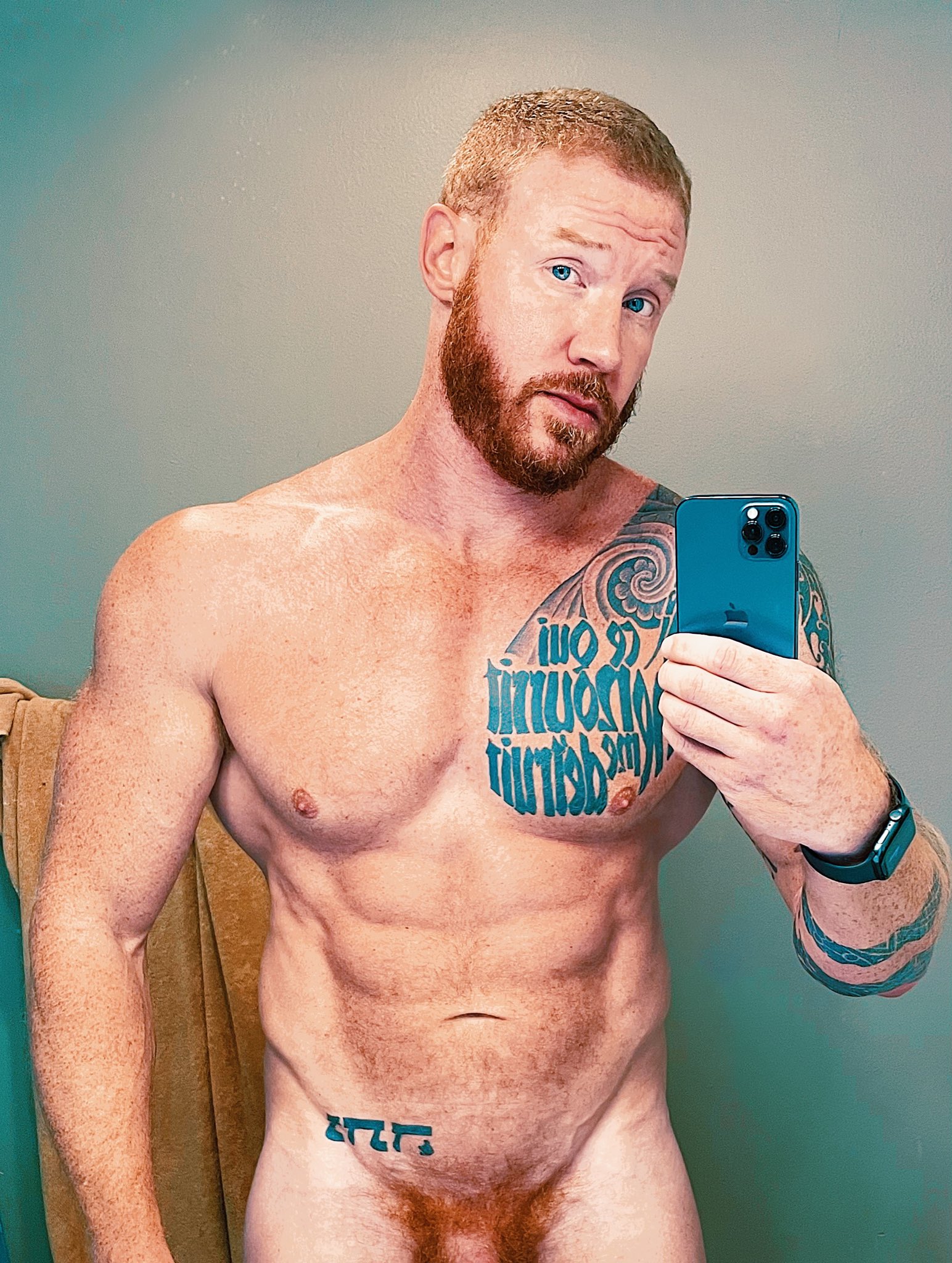 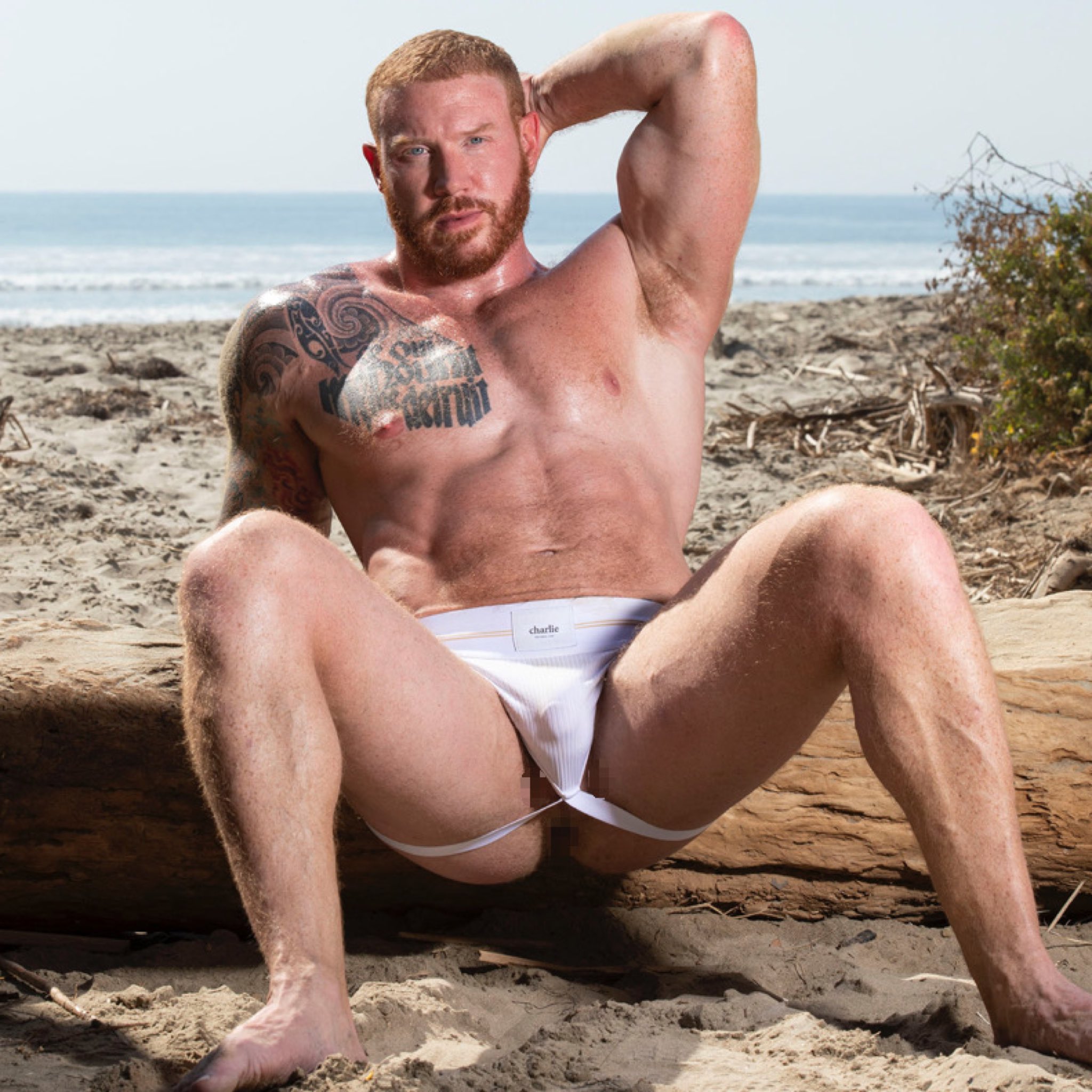 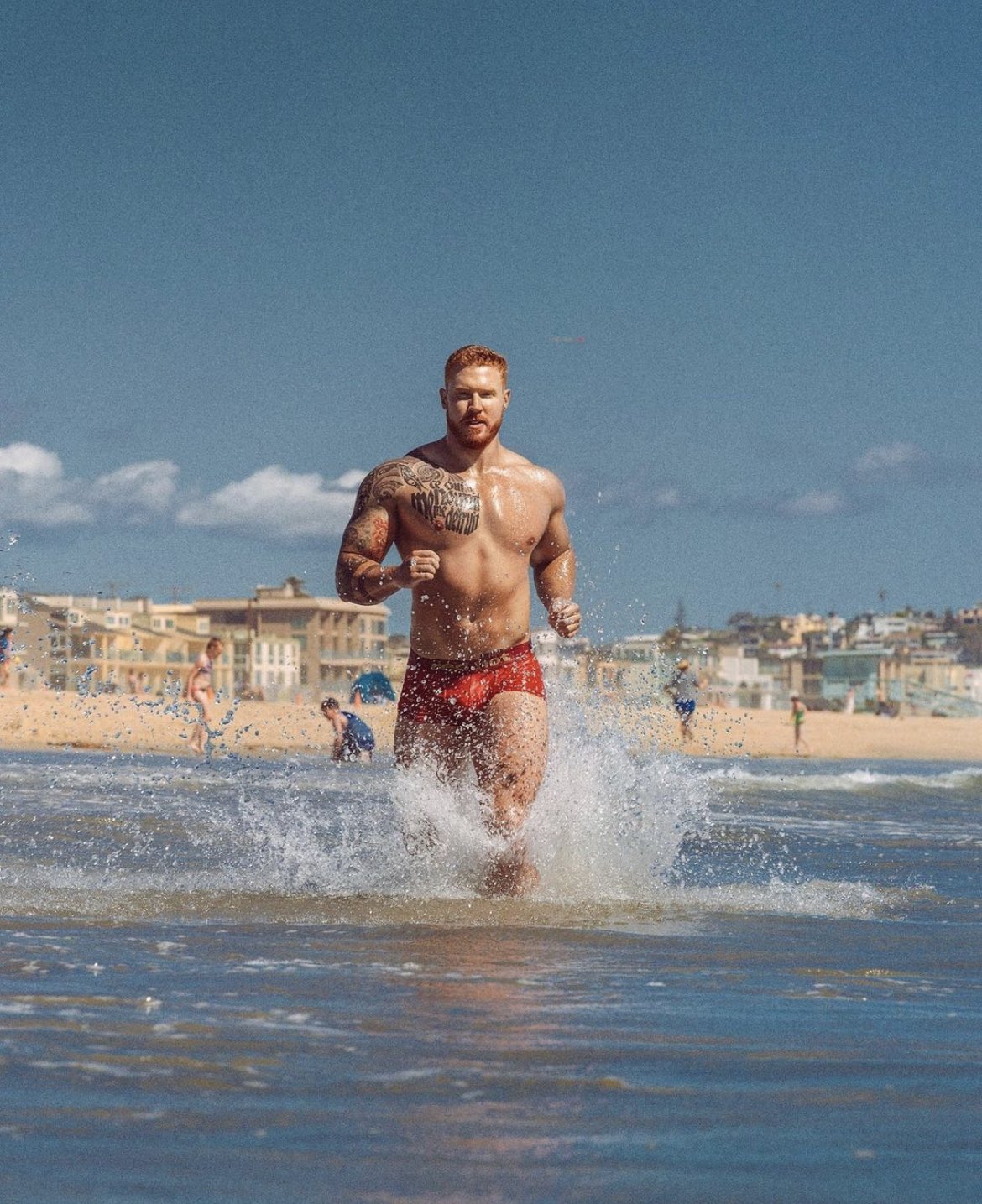 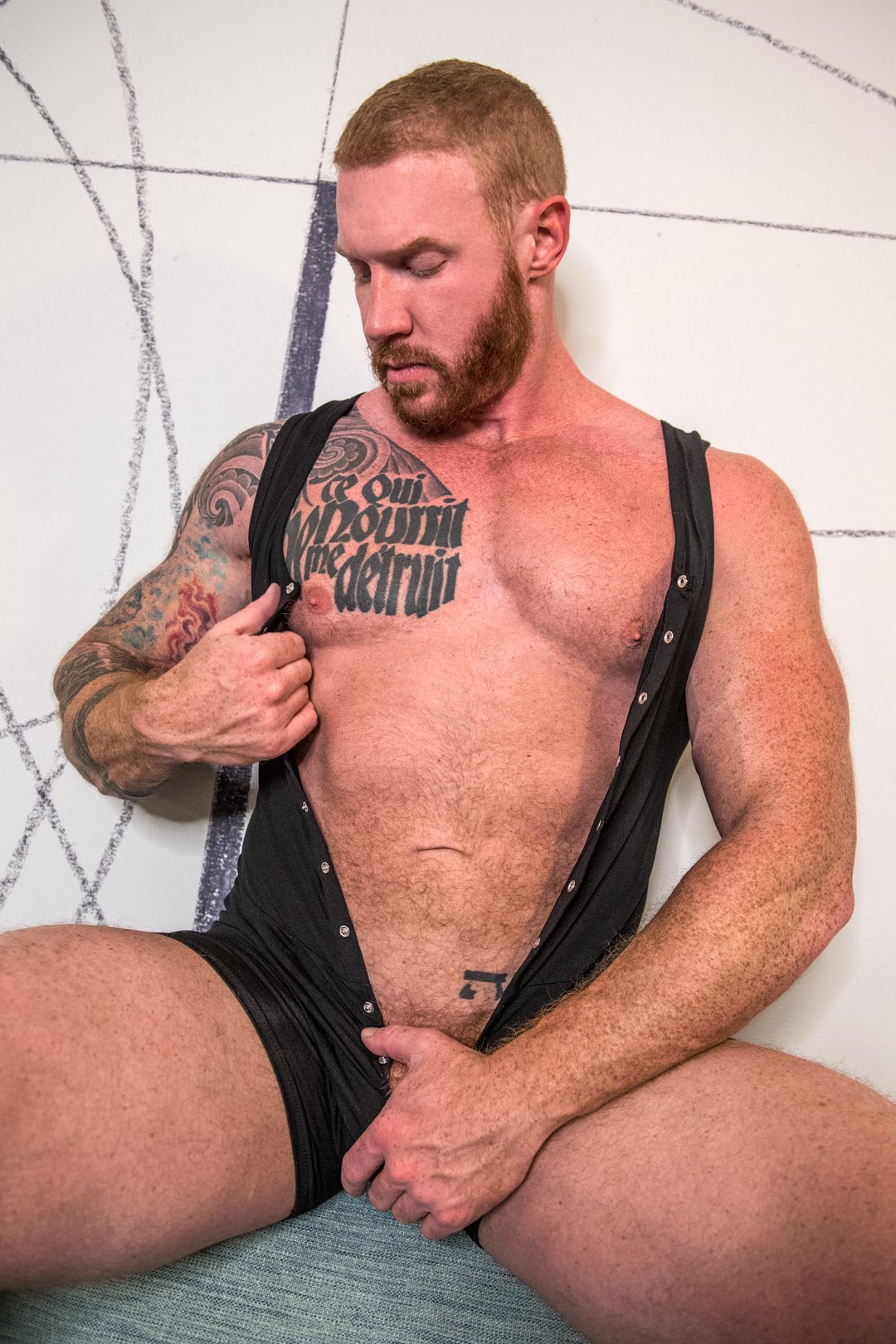 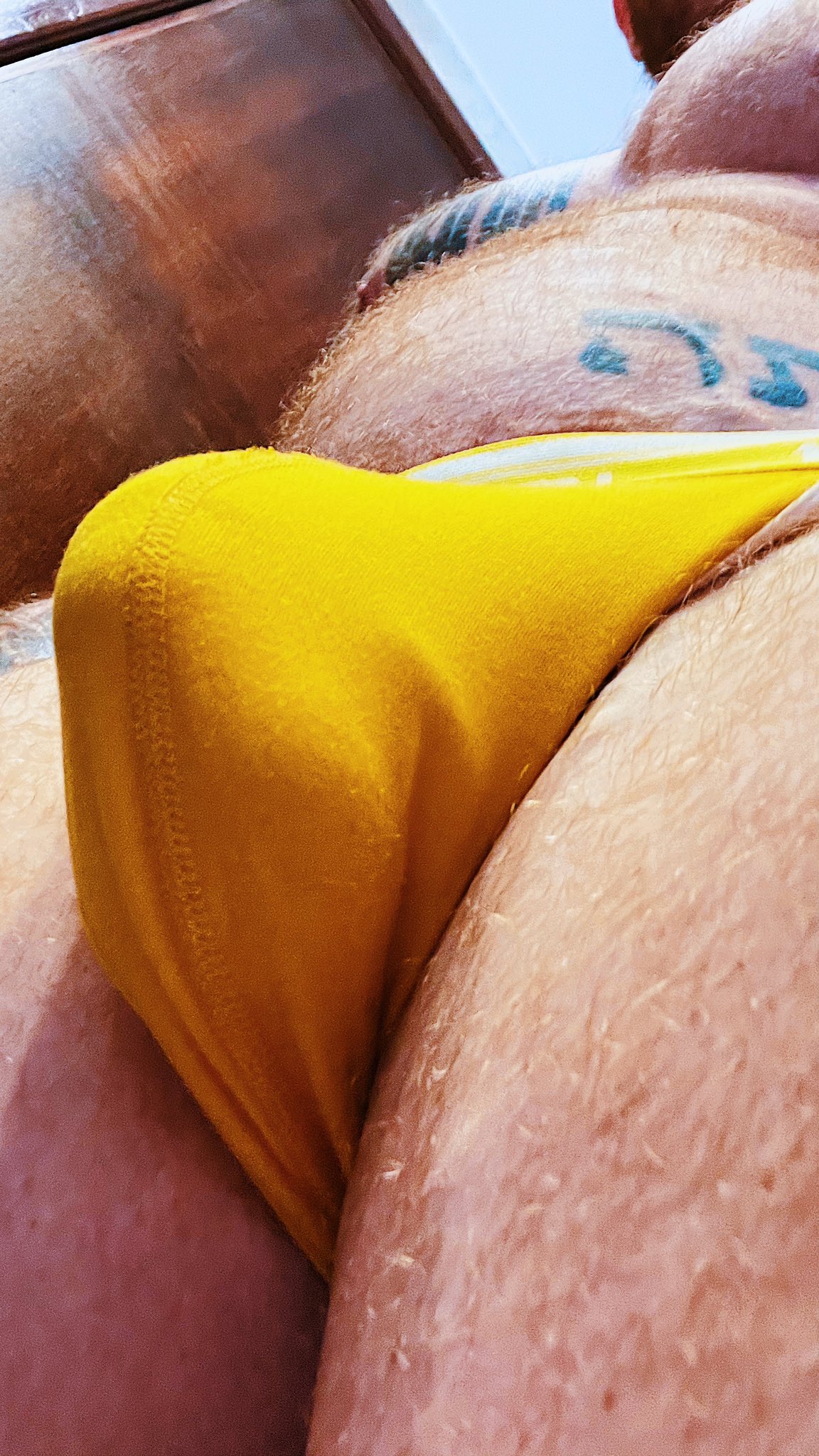 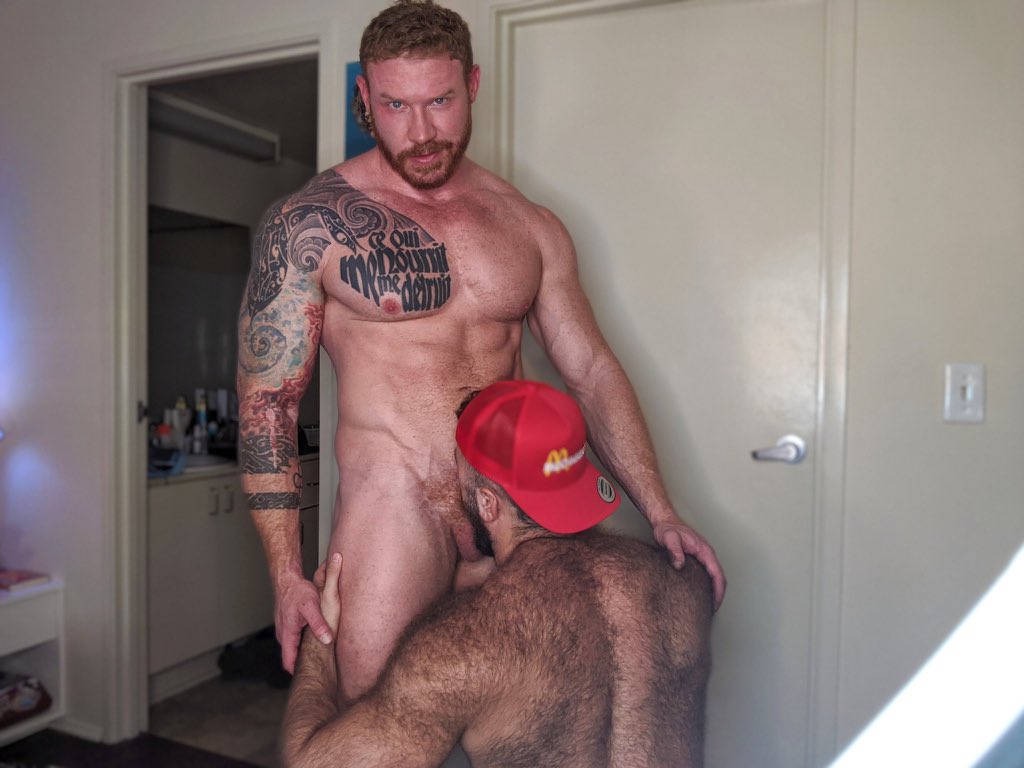 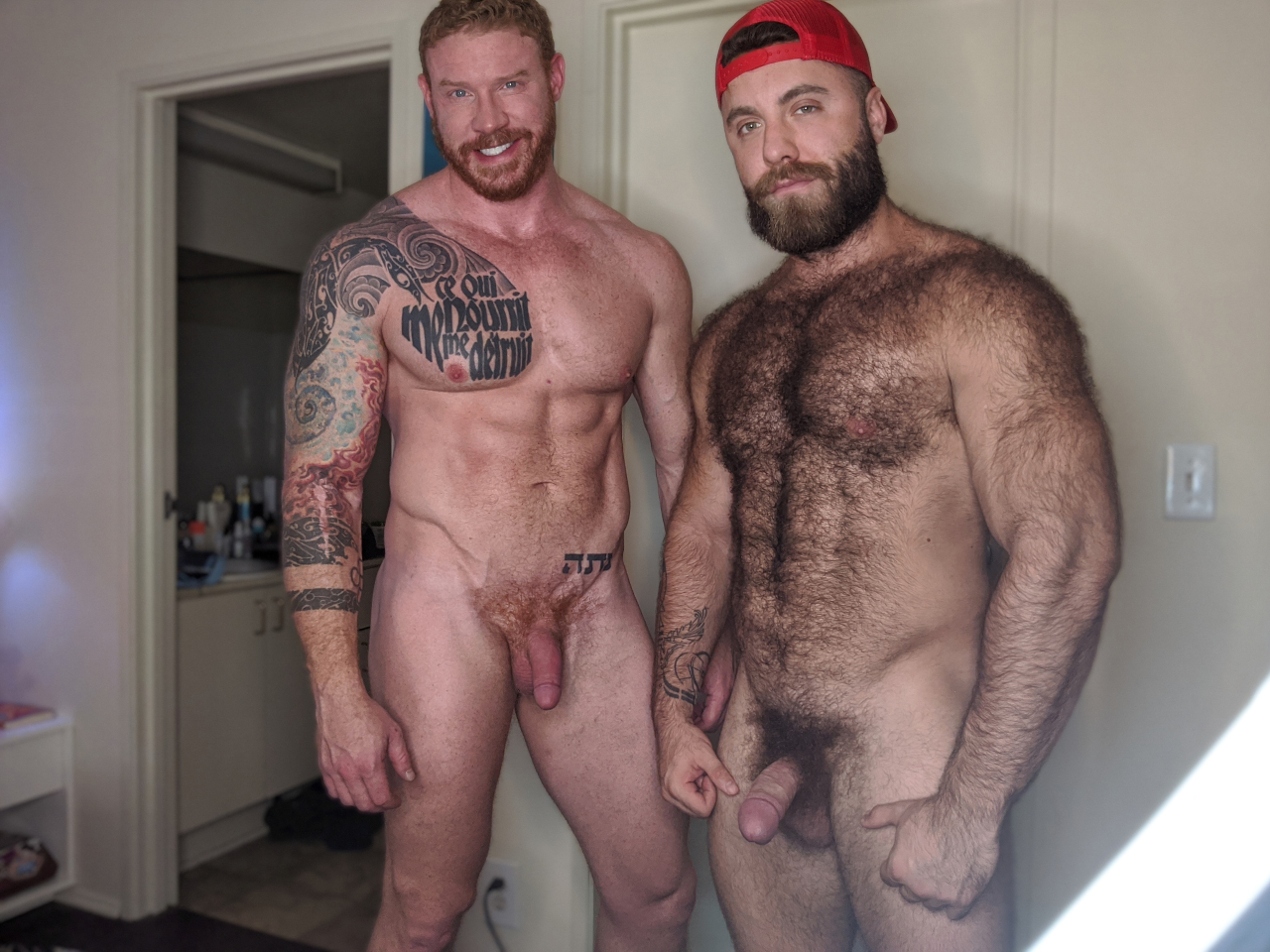 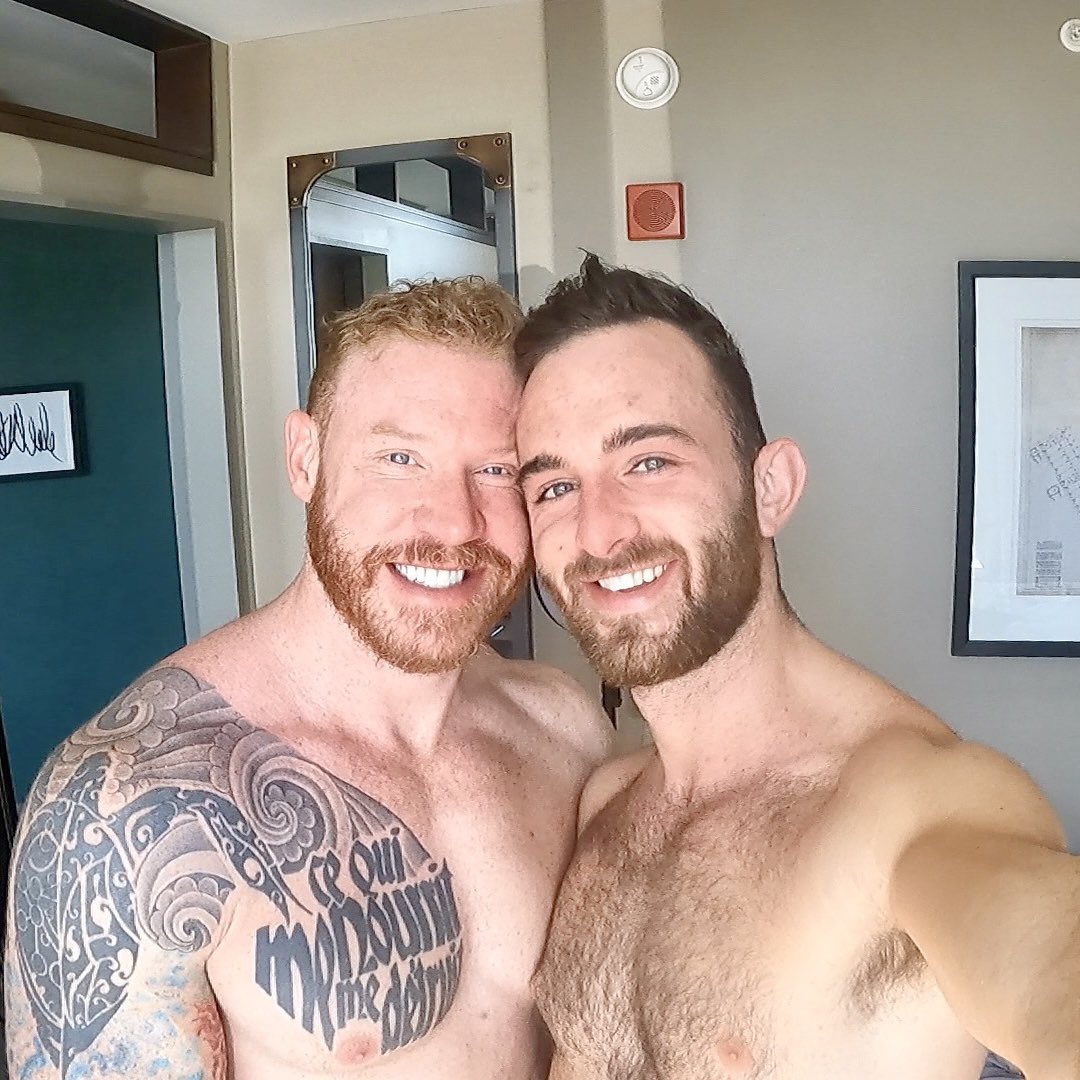 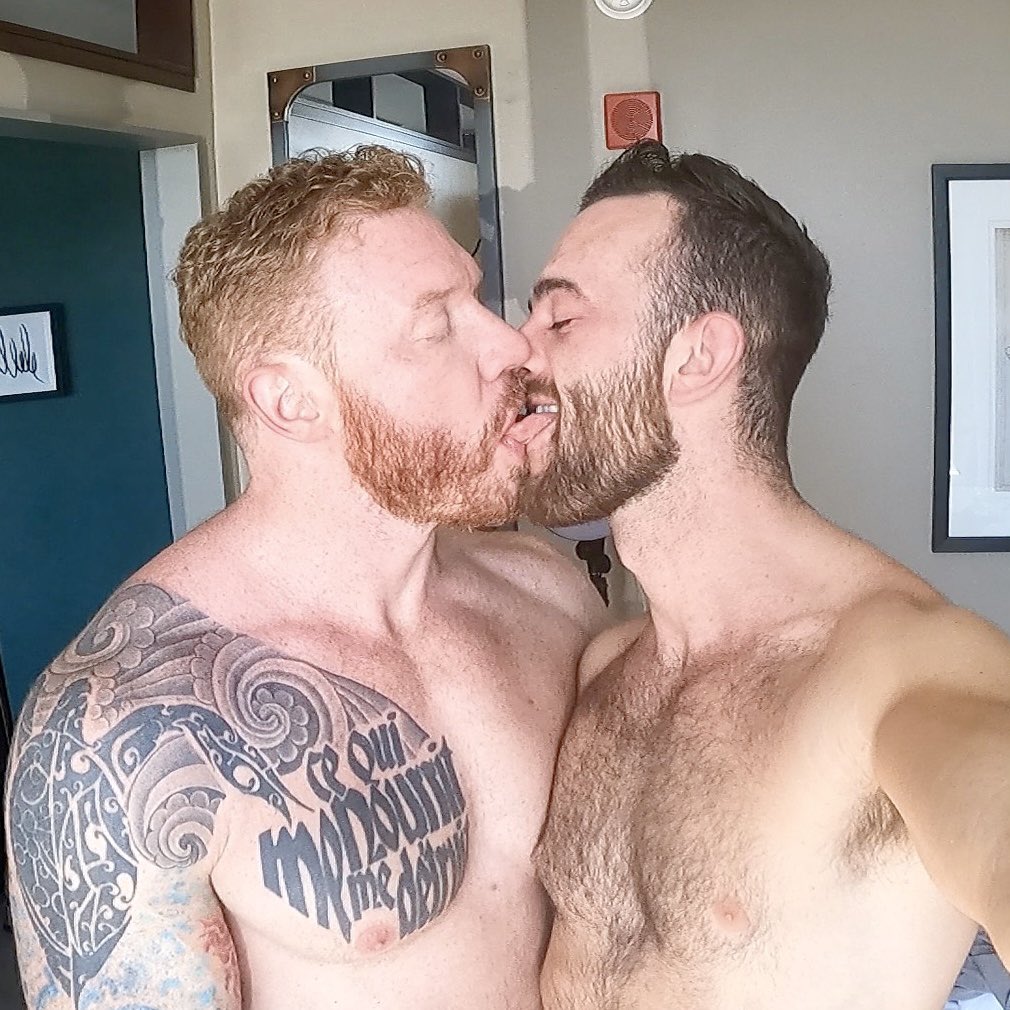 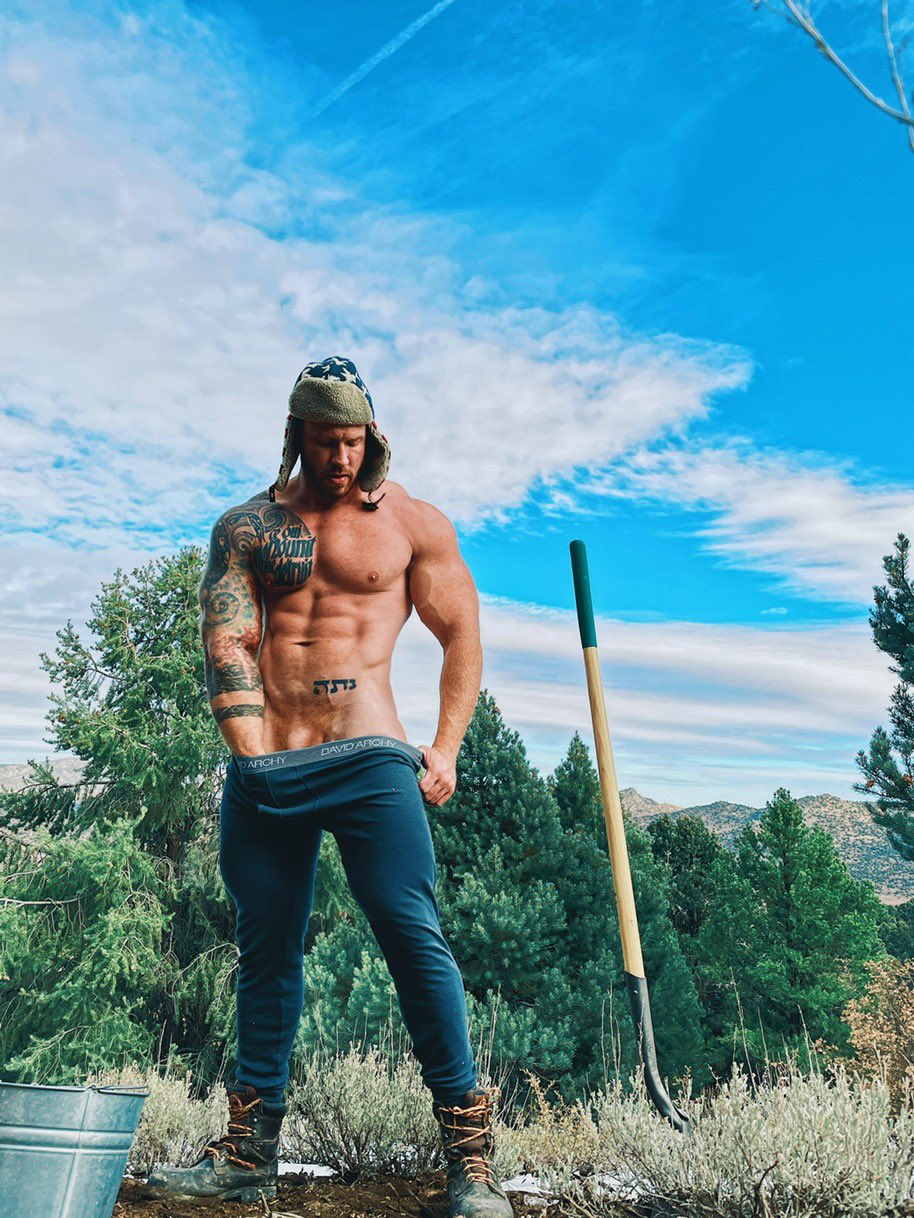 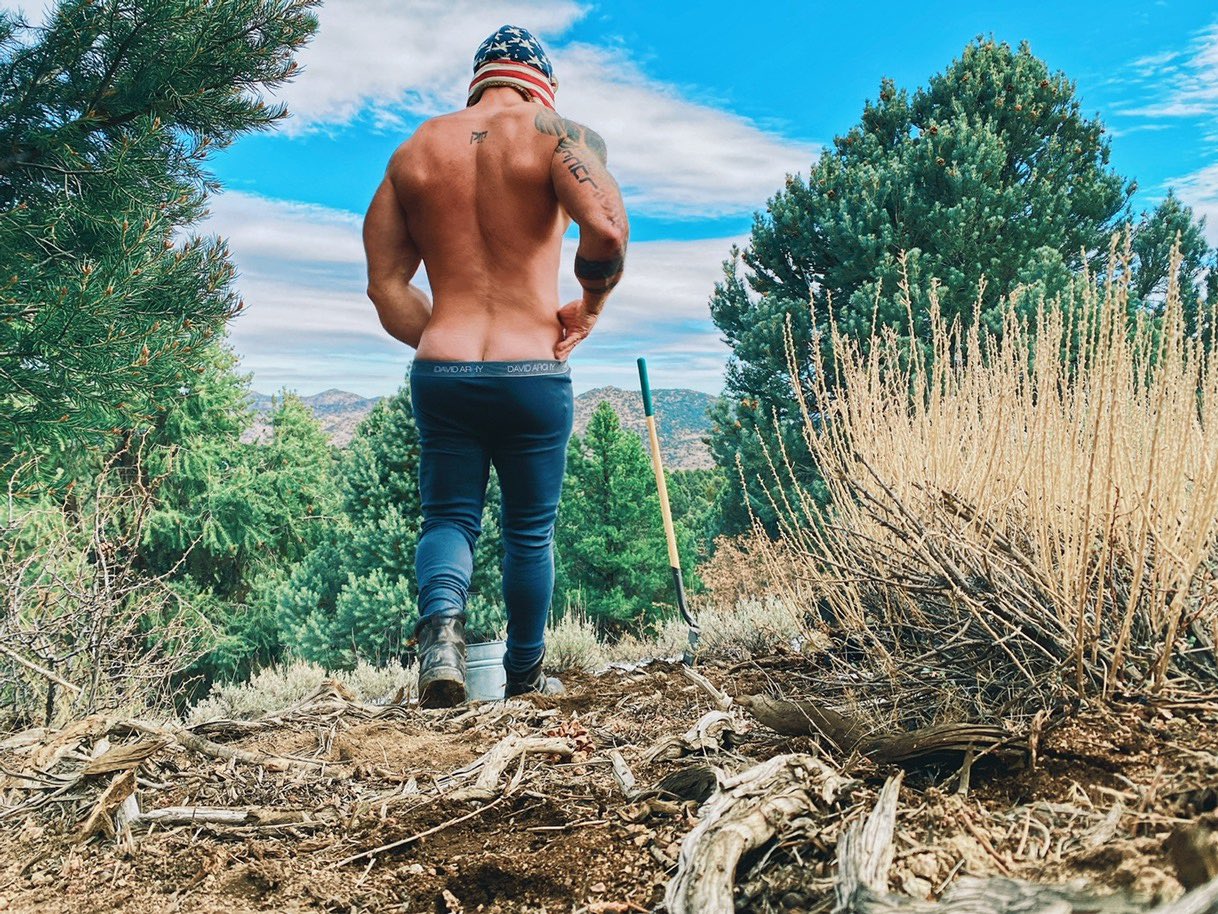 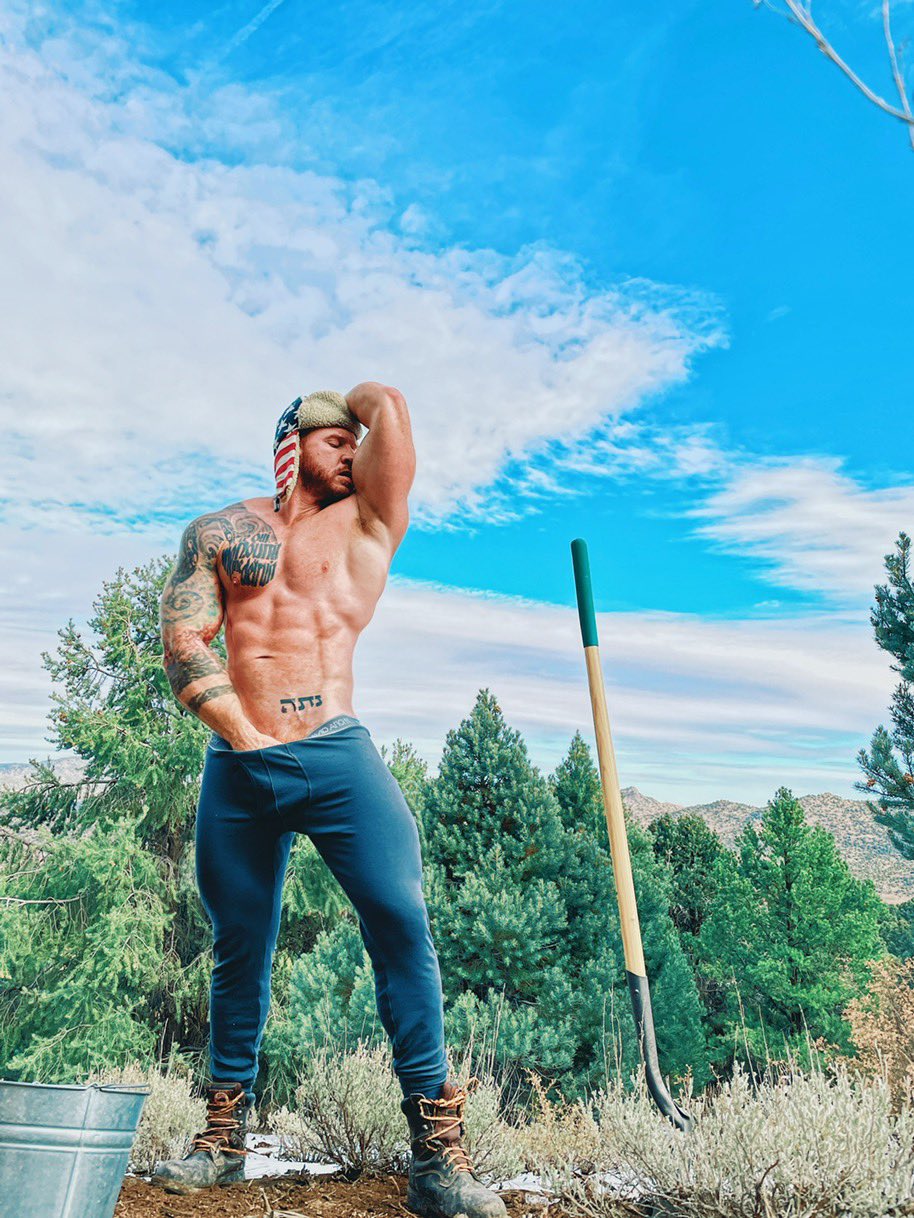 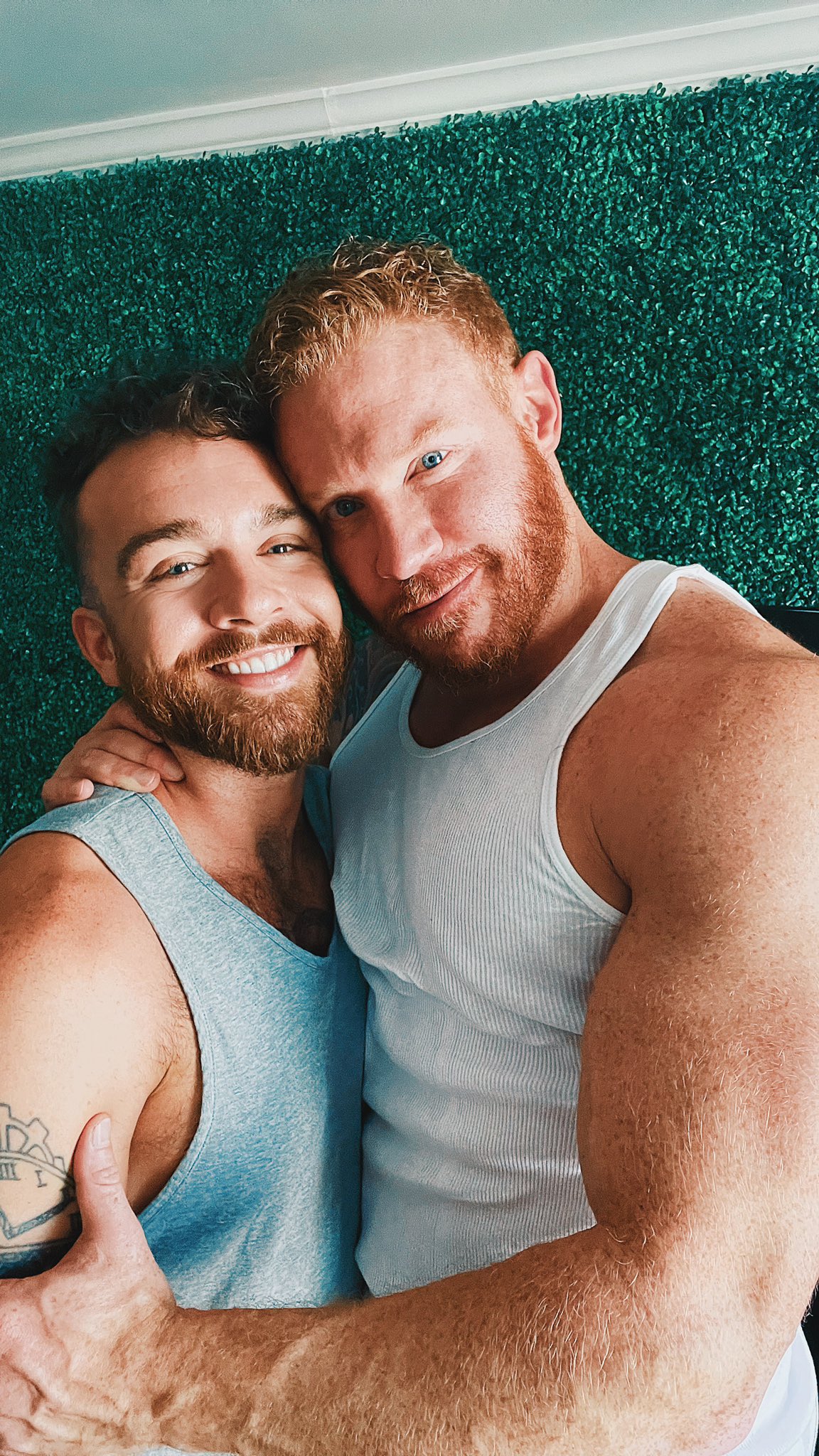 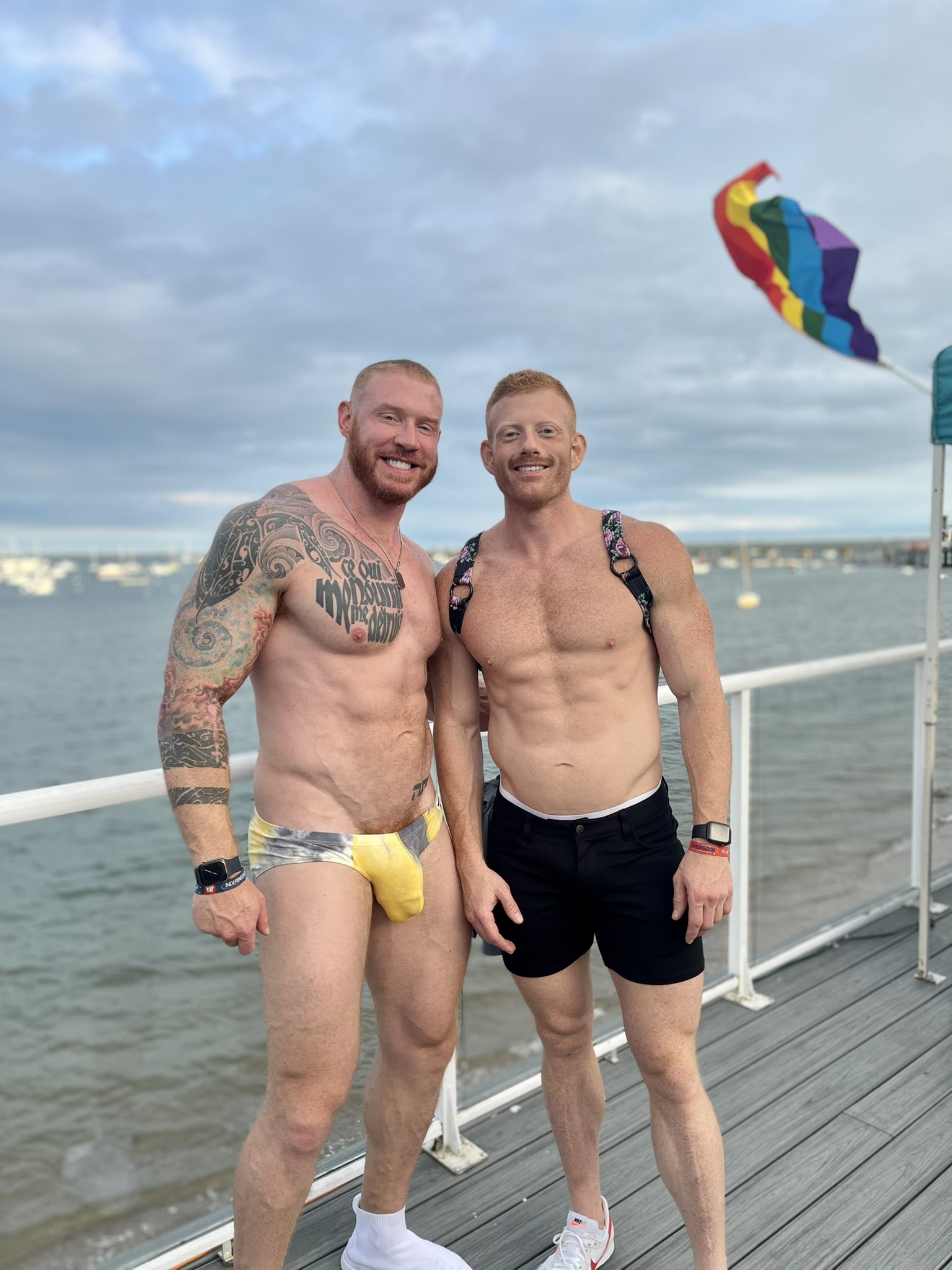 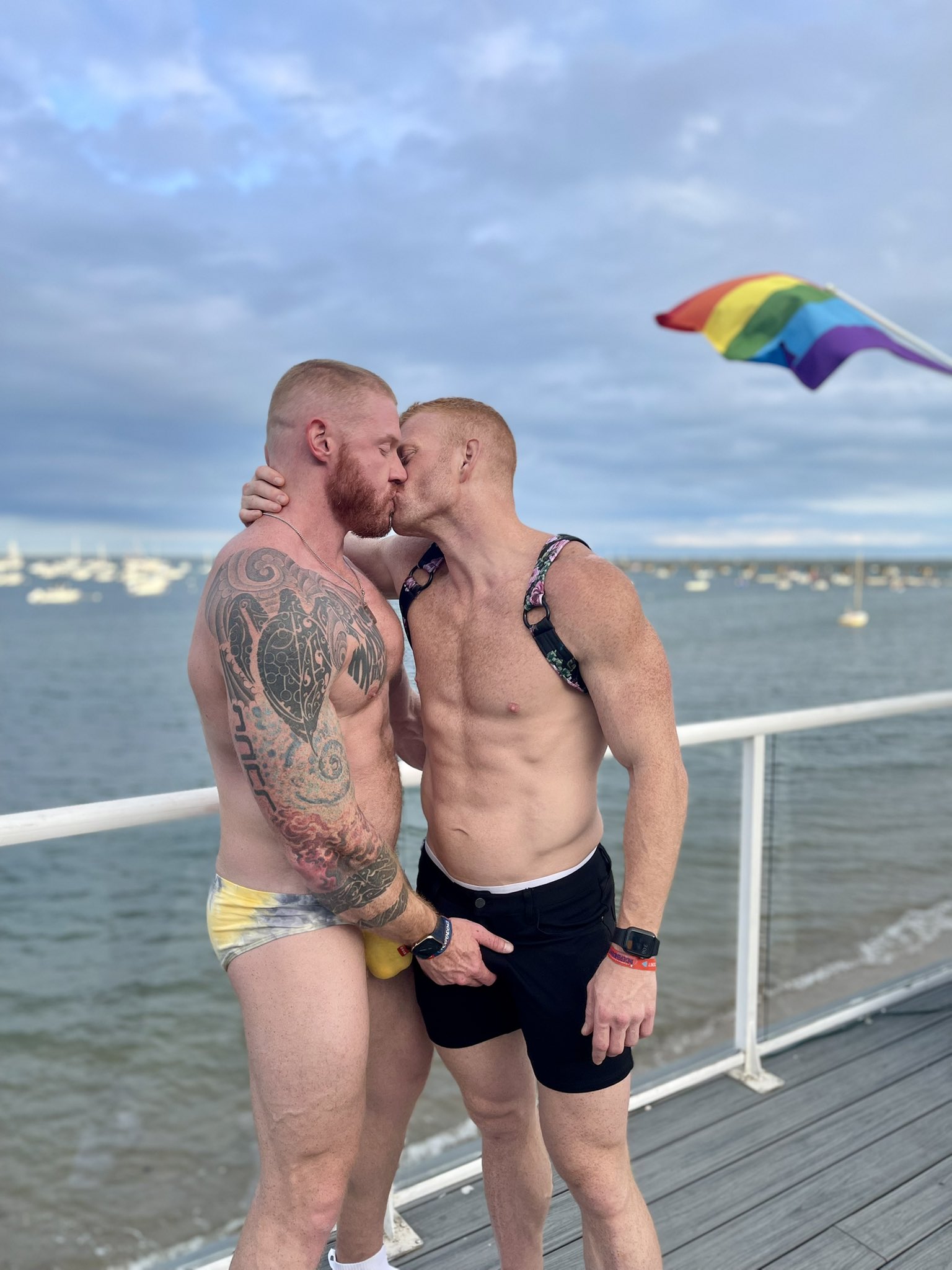 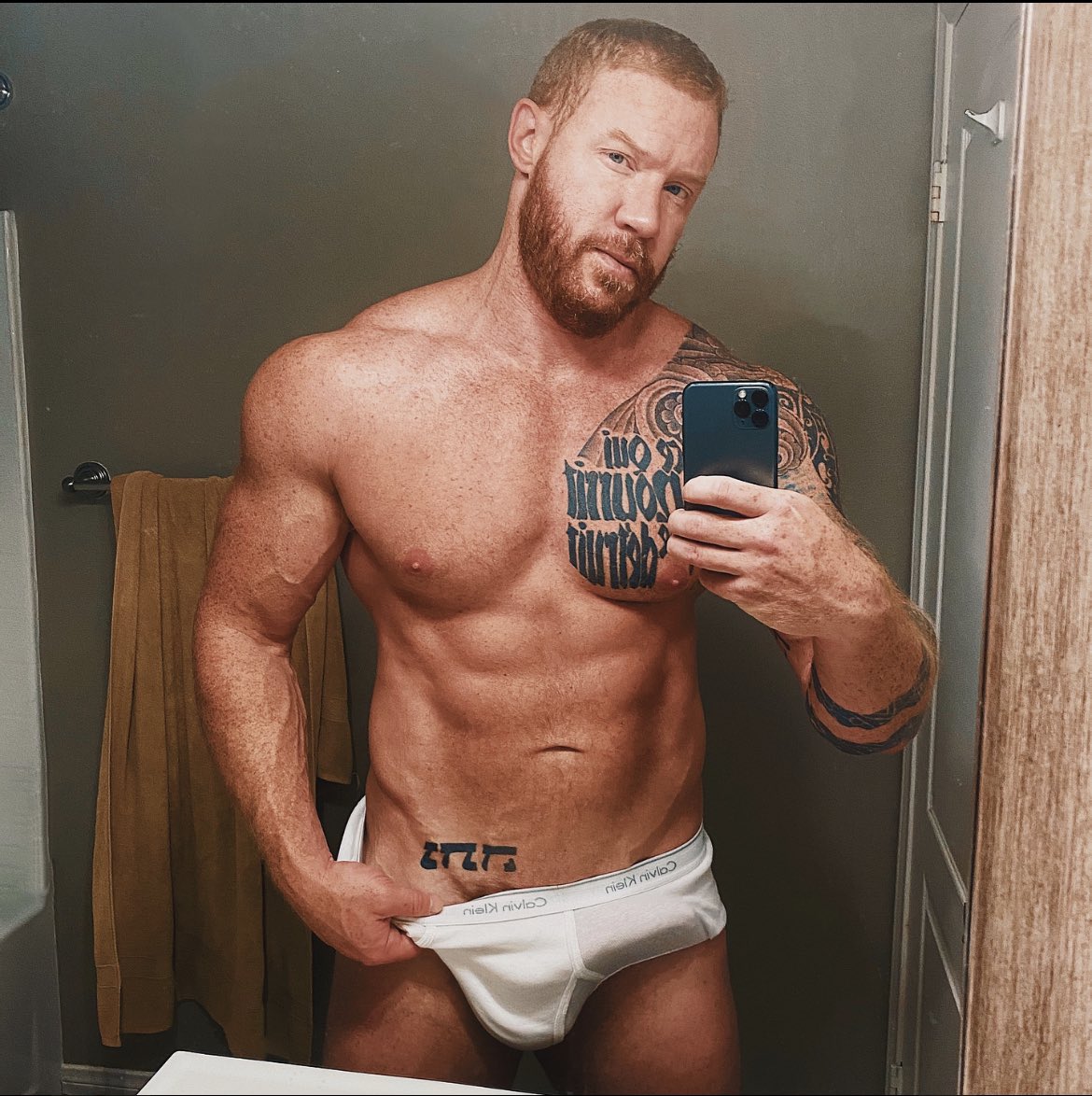 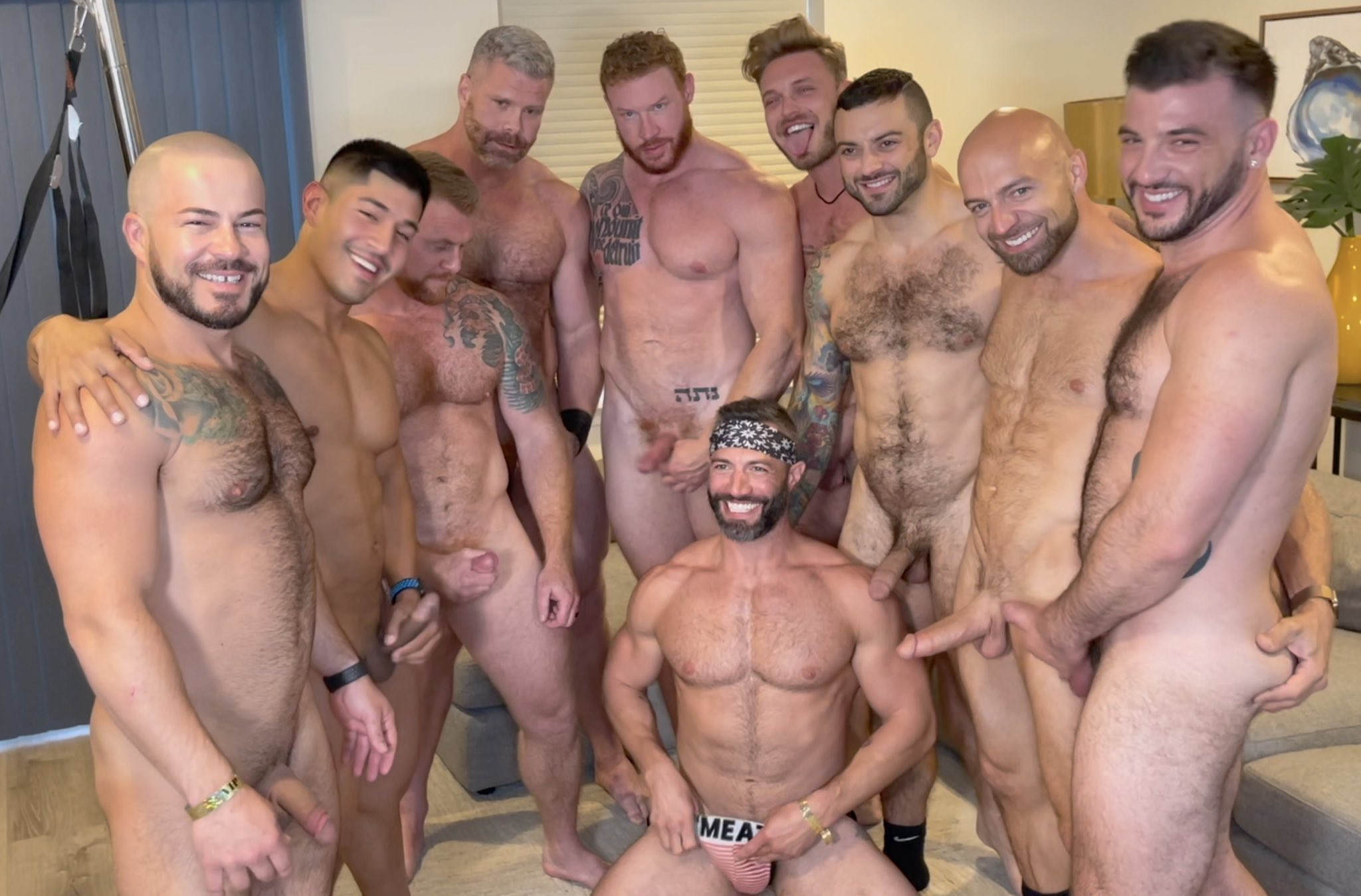 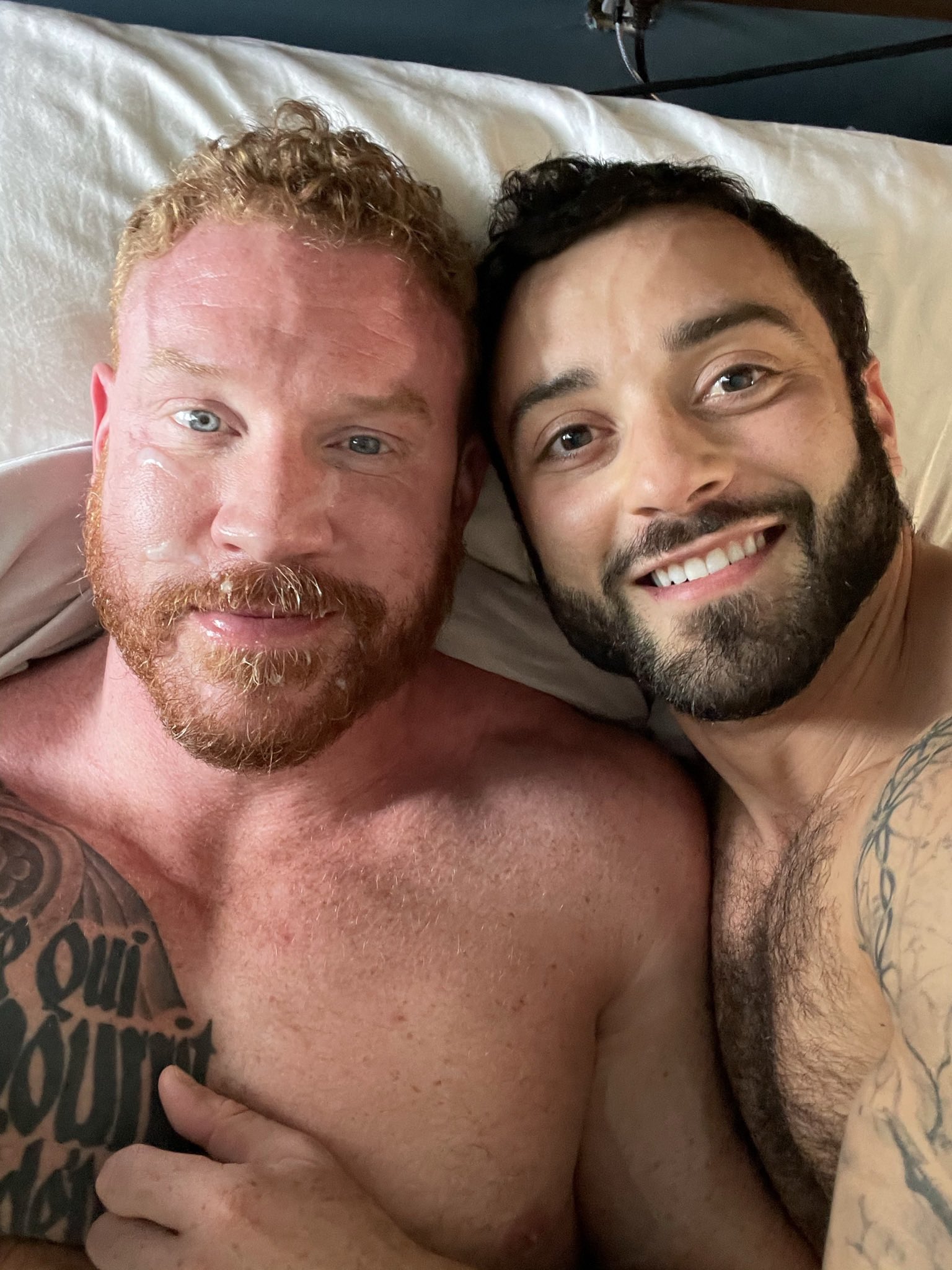