We caught up with artist Kurt Walters to talk about the art of painting men.

You’ve talked about being inspired by the work of Renaissance painters – what was your first exposure to that period of art?

My earliest recollections of exposure to Renaissance art was at the small library in the town I grew up in in Western New York, South of Buffalo, on the shores of Lake Erie. For some reason, the art books were on low shelves, just like the children’s books, so it was easy for me to access them.

The earliest ones I remember always checking out were books on Fra Angelico, Botticelli, and Raphael. They were of a small format, so they were easy for a child to grasp. The bright colours and deceptively simple graphic lines appealed to me instantly.

As I was able to read from an early age, I gobbled up all the stories and myths from various cultures. It was fun for me to look at these paintings of saints, legends, and Greek myths to try to find the visual clues as to who was being depicted.

I still love allegory  –  whether it’s a saint or a god there seems to always be an attribute nearby for you to identify them.

Beyond the Renaissance painters, who are some of your art heroes and inspirations?

Van Eyck would have been the first artist I gravitated towards after the Italian Renaissance Masters. He would be considered early northern Renaissance. His microscopic precision in painting everything  –  hair, brocade fabric, fur, glass, metal  –  was astounding to me.

Ingres is another. Again, like Van Eyck, his precision in capturing the vital elements of what he’s trying to paint is what I find exciting. The textures, the lustre  –  in some cases you feel that you can almost hear the fabric, if the figure were to move  -  that’s something I’d love to achieve, just once in my life.

Also, Vermeer. I love the stillness and his ability to convey a monumental message with the barest minimum of essential elements in the painting necessary.

Then there’s Maxfield Parrish. My technique is often compared to this artist’s work. I do like the way he creates fantasy landscapes that don’t veer into the surreal. His worlds are grounded in a world that’s identifiable to us, thus they seem approachable. It’s like a grown-up version of children’s fairy tale books.

J. C. Leyendecker is another. I love the bold strokes that so easily describe things. He’s able to convey texture with such simplicity. I also love the just under the surface, homoerotic nature of his work. Unfortunately, he lived in an era where being gay was not tolerated. Apparently a lot of his most homoerotic works were destroyed at his request by his longtime partner upon his death. Can you just imagine what those must have looked like!

Also, Alphonse Mucha  -  particularly the sensual curving lines, and the fantasy element that’s still approachable and identifiable. For example, in Donuts – one of my recent paintings from my Desserts series – a man is holding a wreath of donuts. There’s no reason why they would be held together in a circle, but you just go with it.  Mucha does a lot of that, which I love.

In most cases, when creating my paintings, I get a vague idea of a direction I want to go. Whether it’s a series or an individual piece, I start by scribbling out tiny thumbnails on vellum just to get ideas out of my head and on paper.

I then progress the ideas that I want to take forward by working them up to final sketches. While doing that, I begin looking online for images that will support what I’m working on. I go down rabbit holes on Google, Pinterest, or any site that might give me a solution.

I have occasionally used live models  –  especially if there’s a situation where I’ve designed something in my head, and I need to understand how the body works from the vantage point of the painting I’m working on. Perhaps it’s an odd angle or a strange twist to the hand or body and I just can’t figure it out without looking directly at a model.

How would you describe the way that you represent men in your work?

I find that I like painting men that are not traditionally attractive to everyone. I’m looking at the guy in the back of the group, with a broken nose, missing a tooth, or ears that stand out too far. I like men that have an edge, something that separates them from the pack.

I also intentionally paint in an approach-ability, or a kindness to the eyes and face. I prefer a welcoming open feeling as opposed to one that is arrogant, self-entitled, or unapproachable.

What are people generally looking for when they commission a piece of work from you?

Tongue-in-Cheek Classicism, with a bit of whimsy and fantasy, some sexiness or sensuality, and always painted beautifully.

Also, a professionalism.  I’m willing to work with the person that commissioned the piece to provide them a painting that they’ll treasure for decades. I will modify sketches or even change something in a painting until they’re satisfied. Since they commissioned it, I treat them like one of the Medici.

What do you hope that people feel when looking at your work?

My favourite ultimate compliment, something I’ve heard now a few times is  -  ”I want to be there.” This touches me so deeply because I’ve created a world from my head, and through my talent have been able to translate it onto a canvas which then a complete stranger can see and identify something that touches them to the point that they would like to go there. I find that overwhelming.

Dive into the world of Kurt Walters 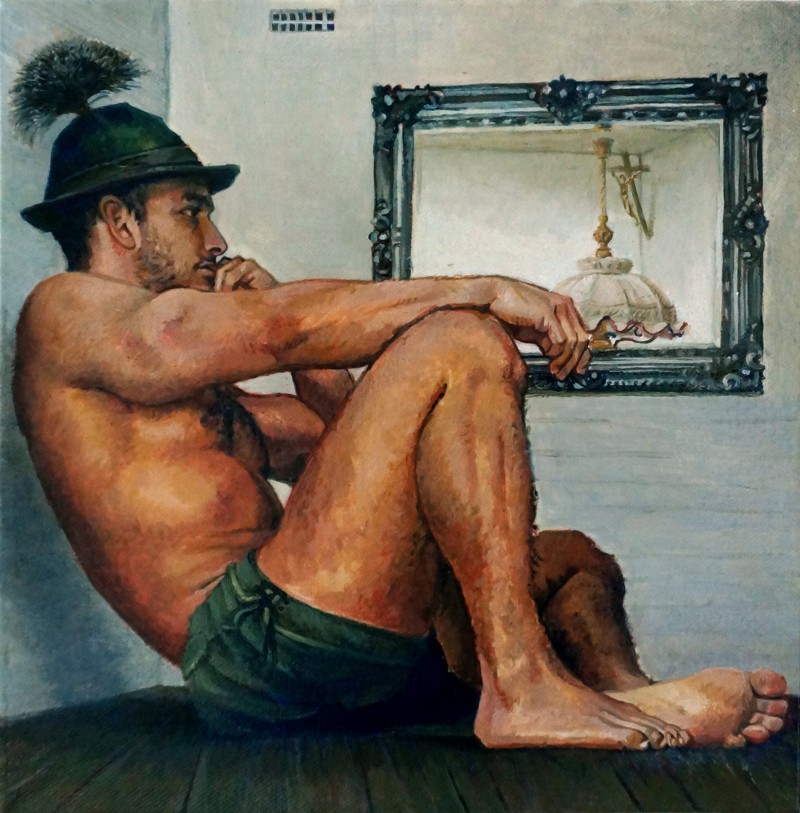 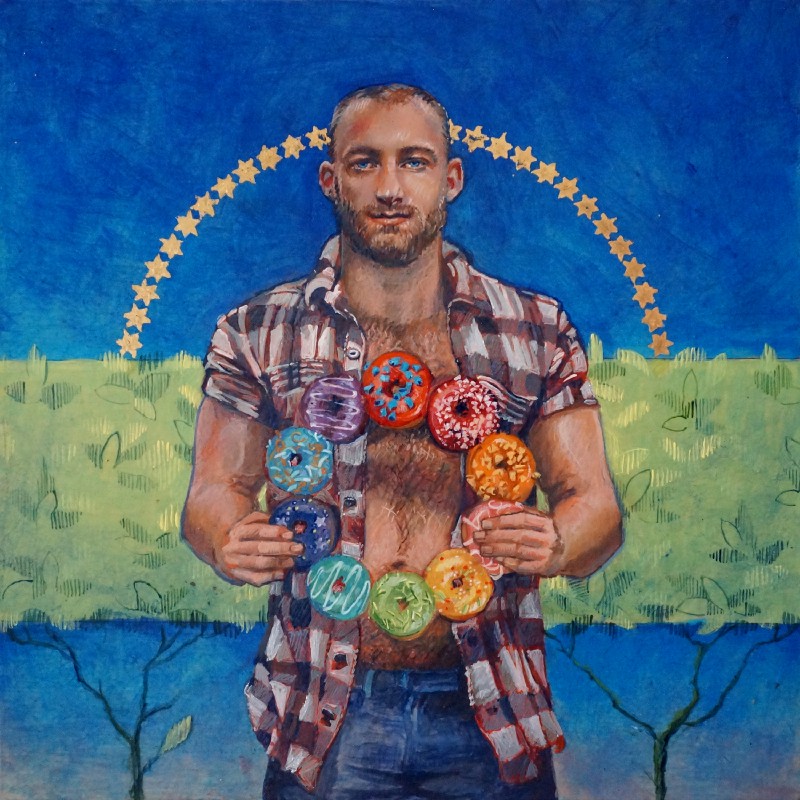 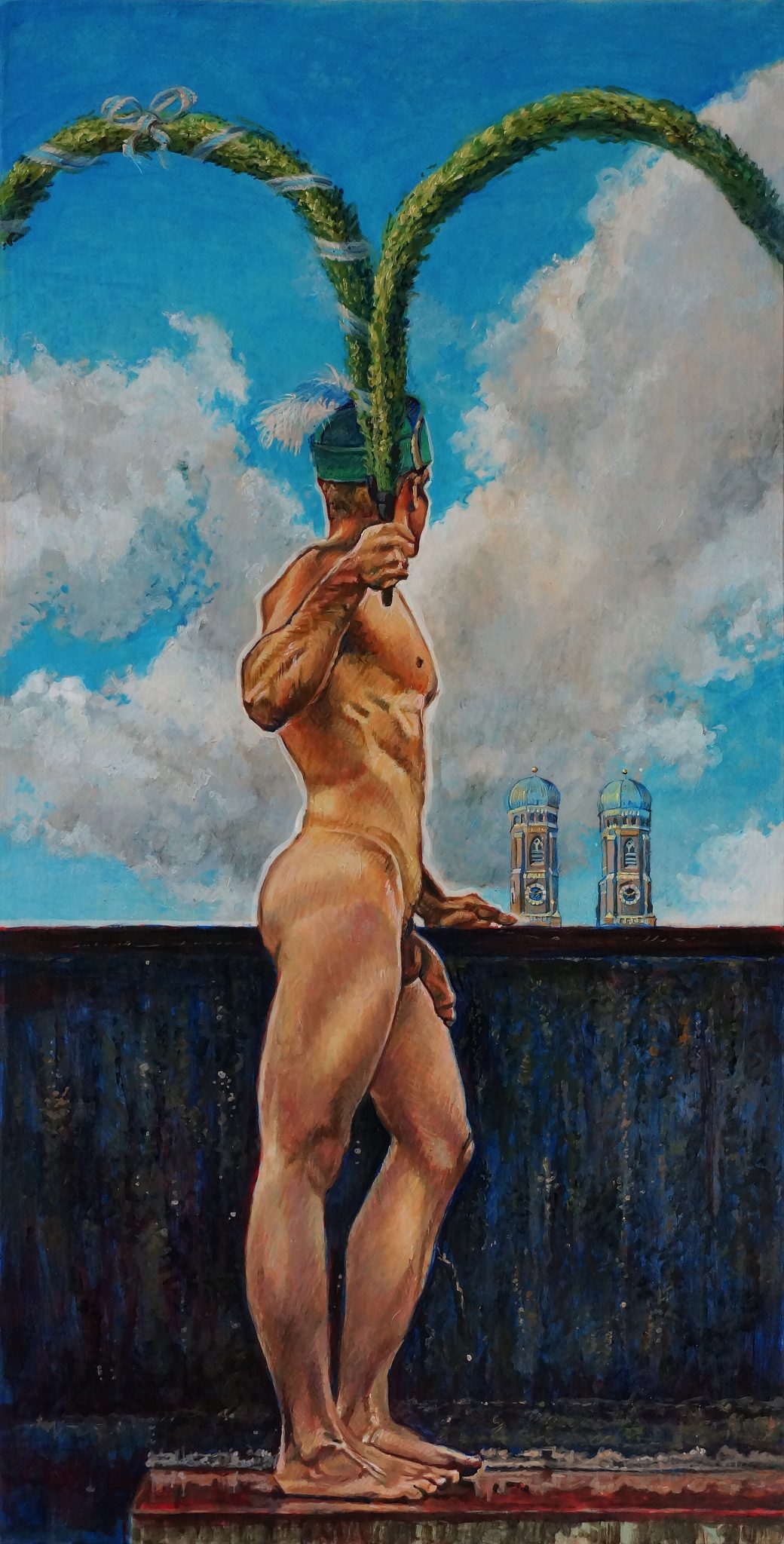 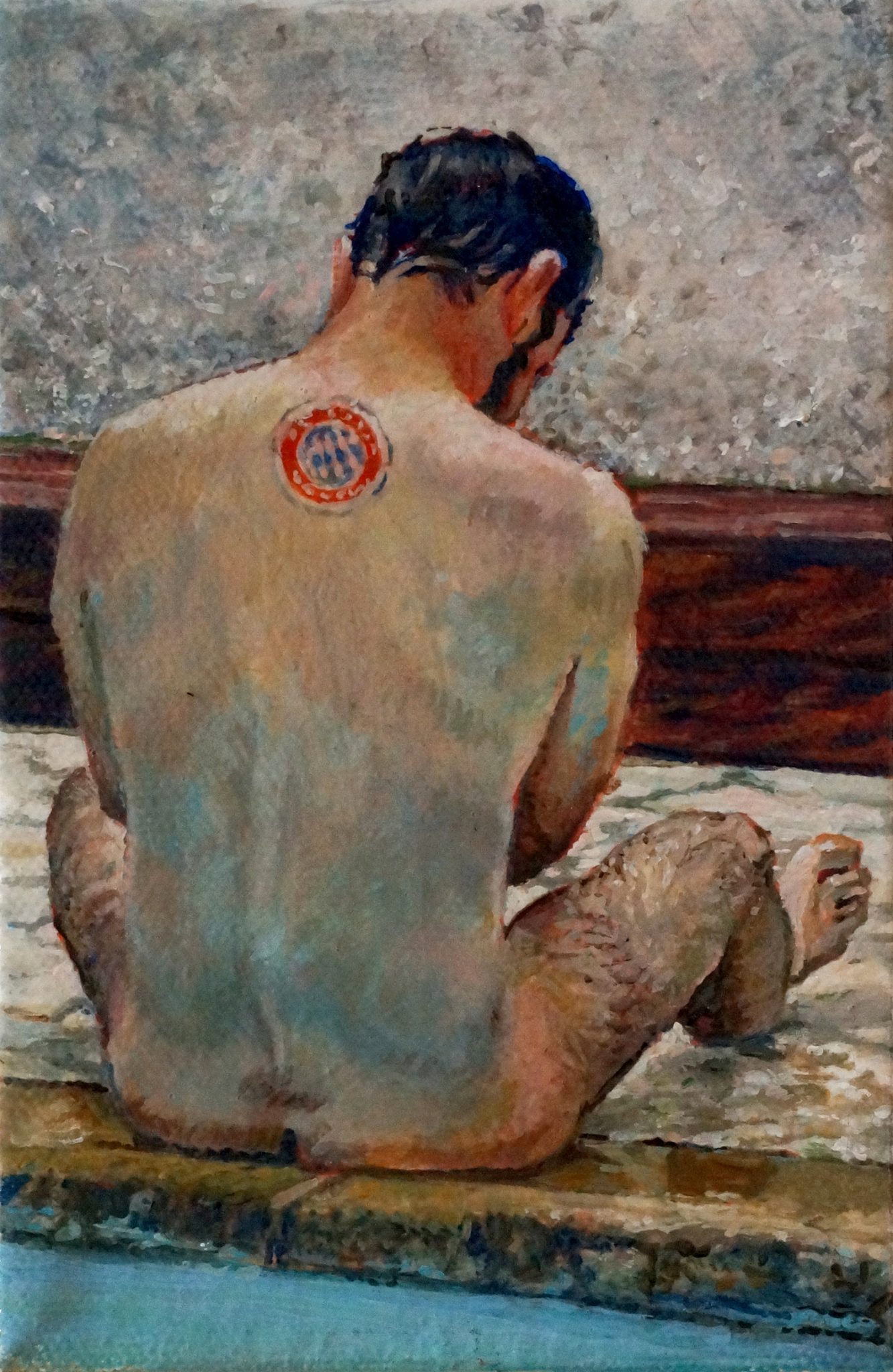 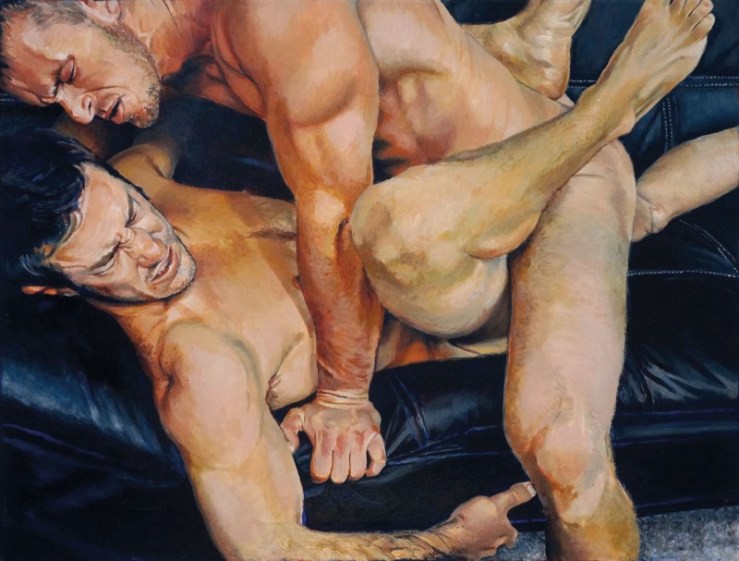 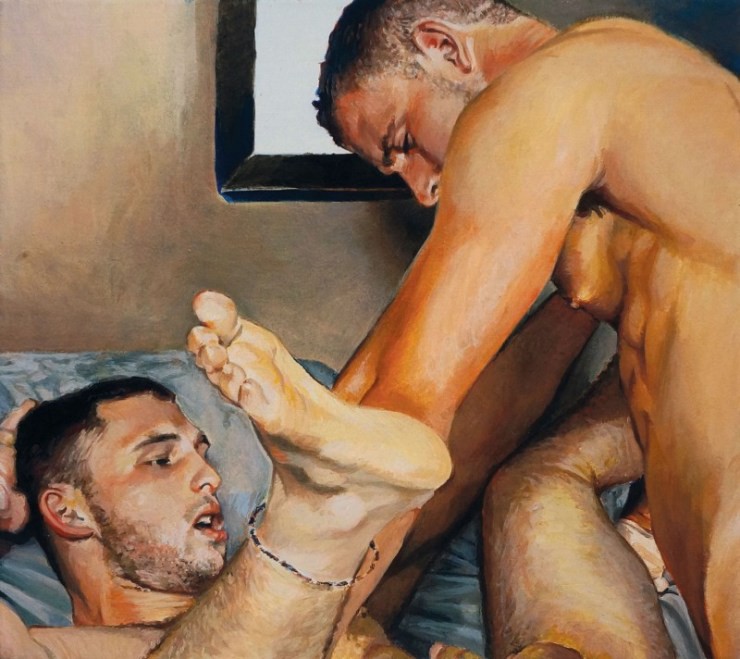 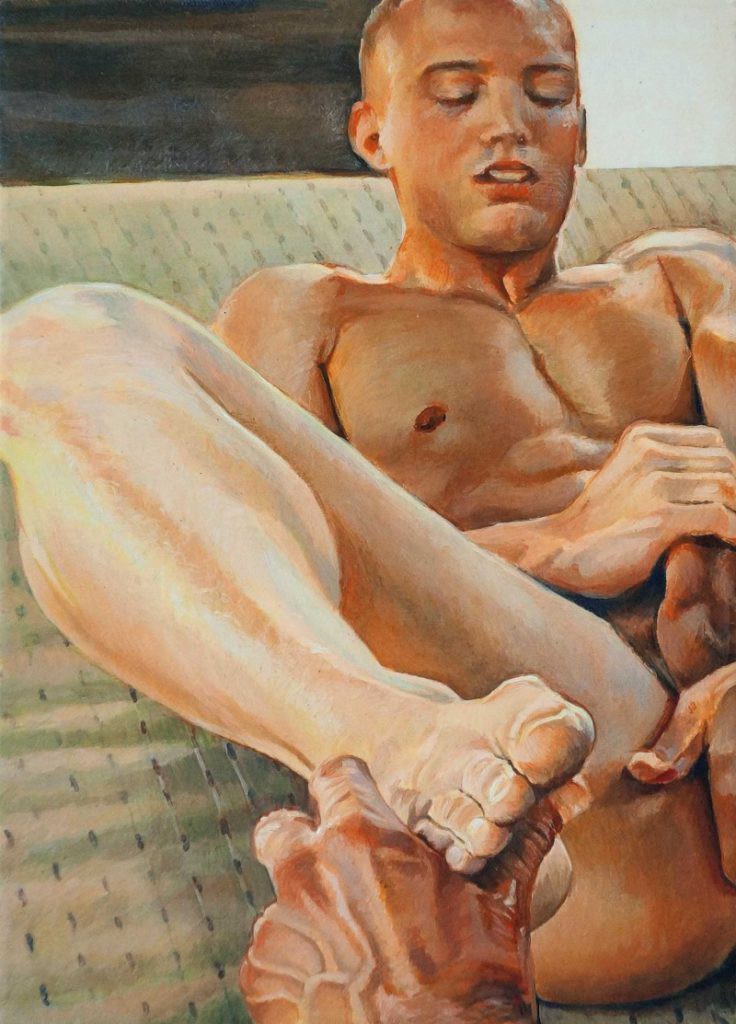 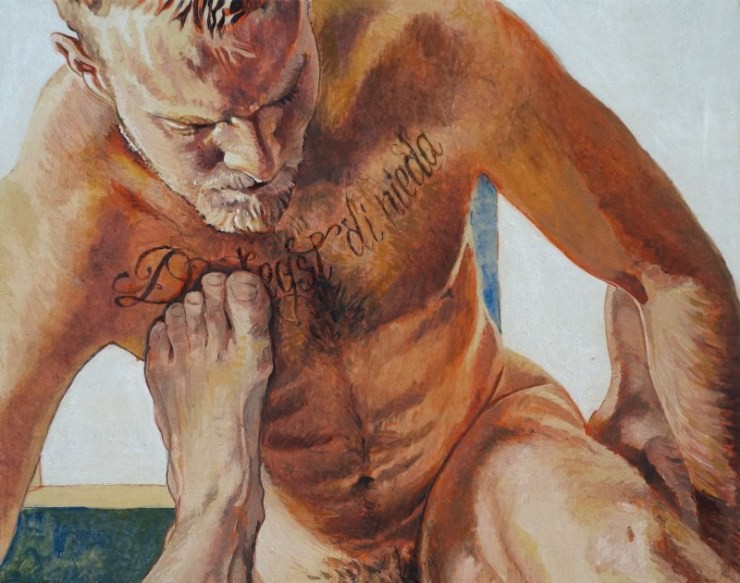 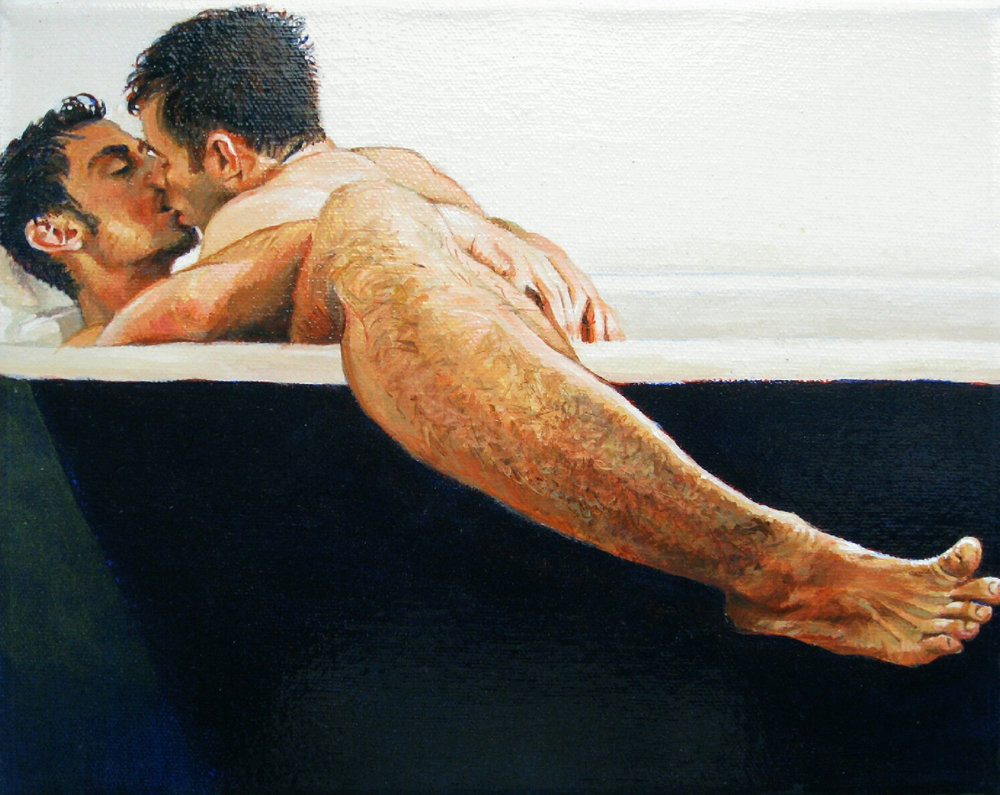 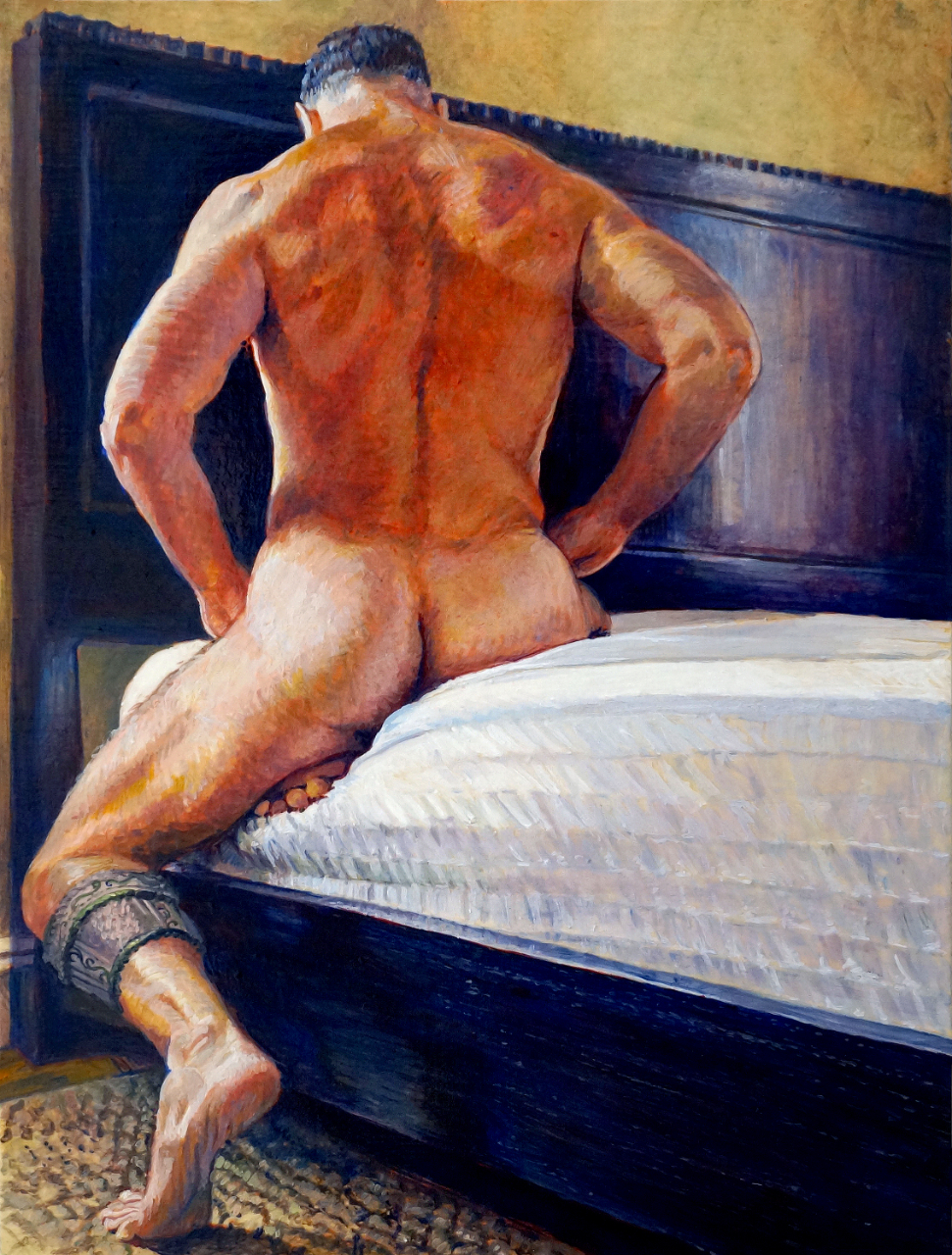 The Tower of the Winds

In Athens, Greece, at the foot of the world famous Acropolis, lies the ancient agora of Athens. Amongst the many scattered ruins, majestically stands The Tower of The Winds.

It’s a small and solid structure, built of Pentelic marble. It’s an octagonal clocktower that functioned as a “horologion” or “timepiece”. The structure houses a combination of sundials, a water clock, and a wind vane. It is thought to be the world’s first meteorological station. It’s also called “Aerides”, which means “Winds” in Greek, thus its common name of The Tower of The Winds.

Scholars debate when exactly it was built – some suggest as early as the 2nd century B.C. before the rest of the agora.

Along the top of the tower, you can see The Winds as they adorn the building. They are friezes, each facing the correct direction of the Wind demi-god they represent.

Luckily, throughout the ages, this unique little building captivated both the locals and the authorities. This is why it is so well preserved. In early Christian times, the building was used as a bell-tower for a nearby Eastern Orthodox church. Under Ottoman rule, it became a tekke and was used by whirling dervishes. At that time, it was half buried, and traces of this can be observed in the interior, where Turkish inscriptions are visible on the walls. In the 19th century, it was fully excavated by the Archaeological Society of Athens.

The Tower of the Winds has inspired this series. 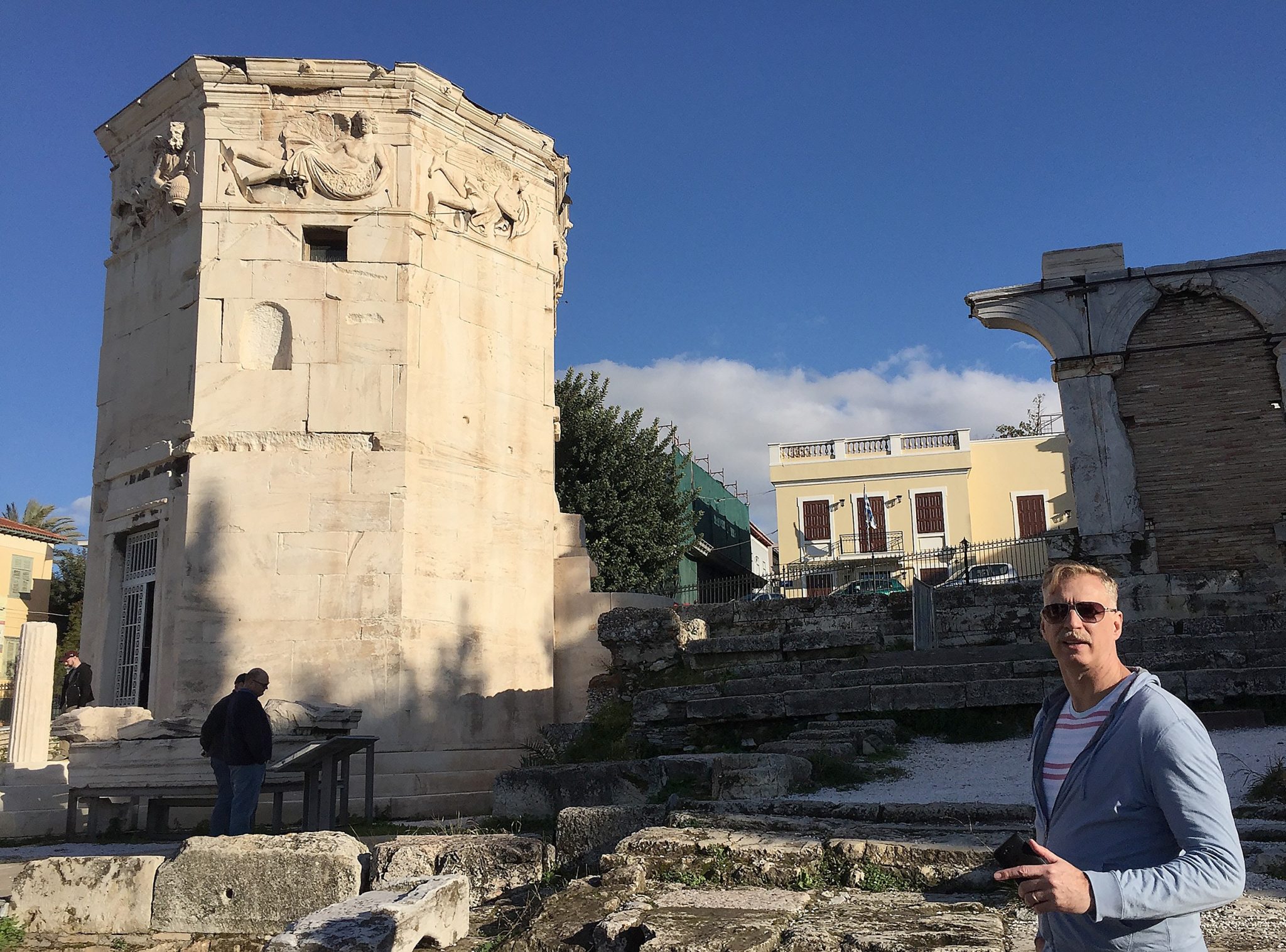 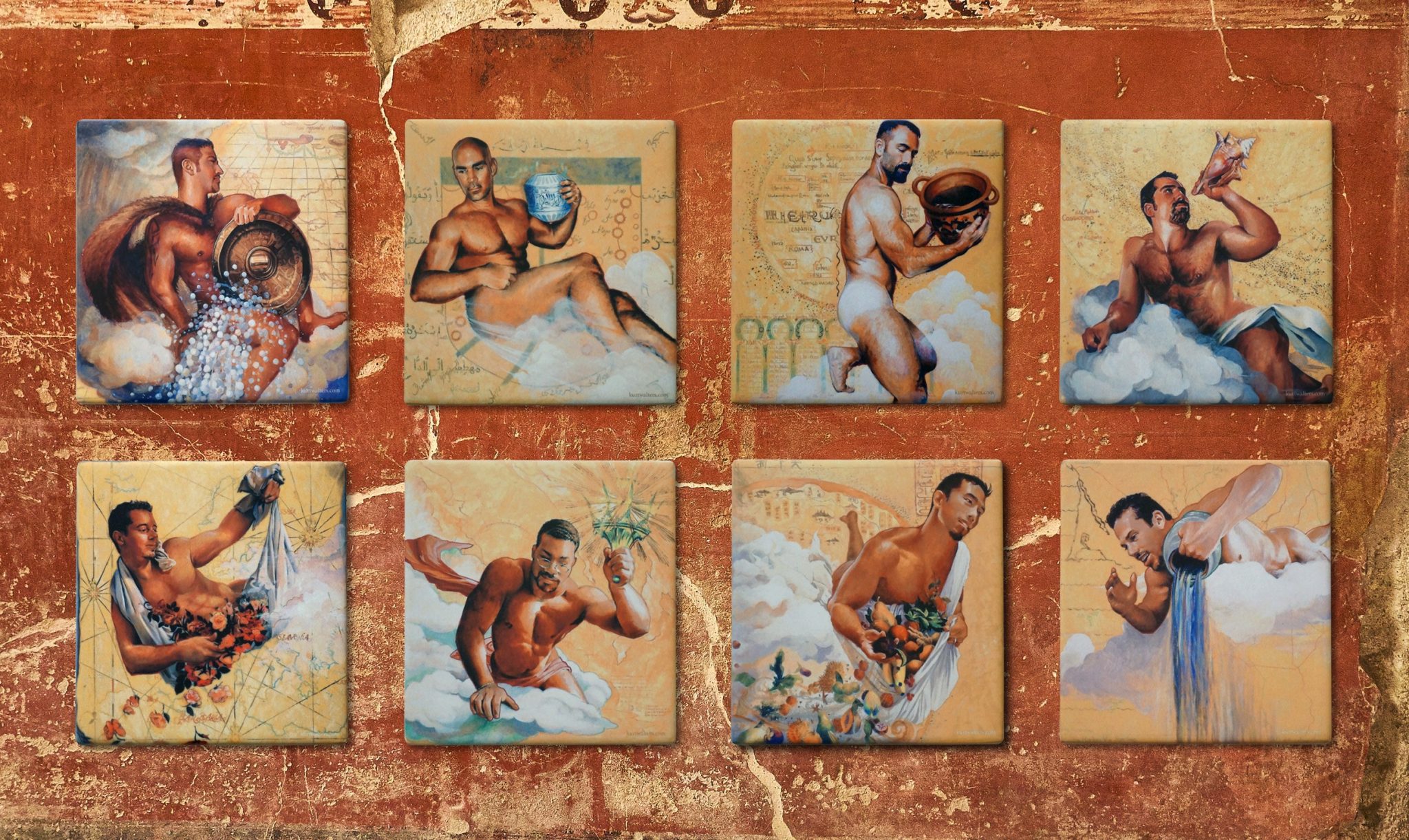 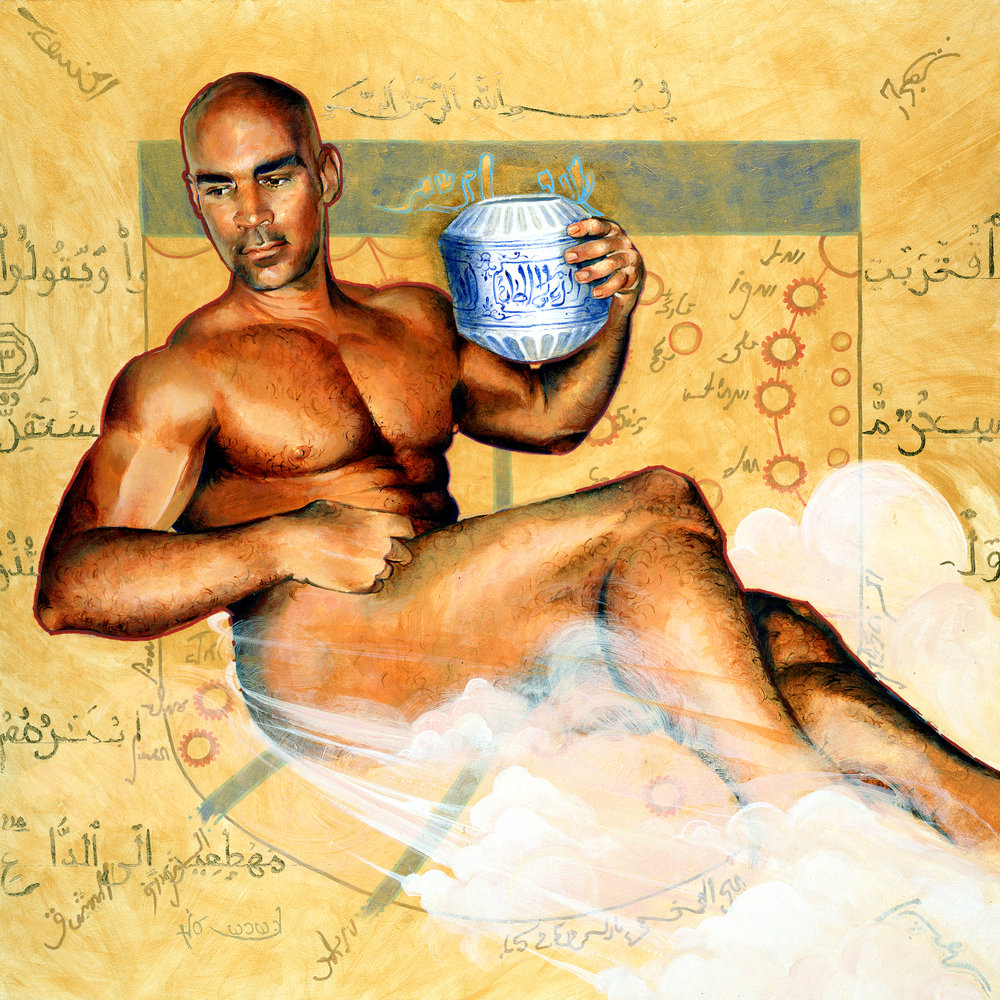 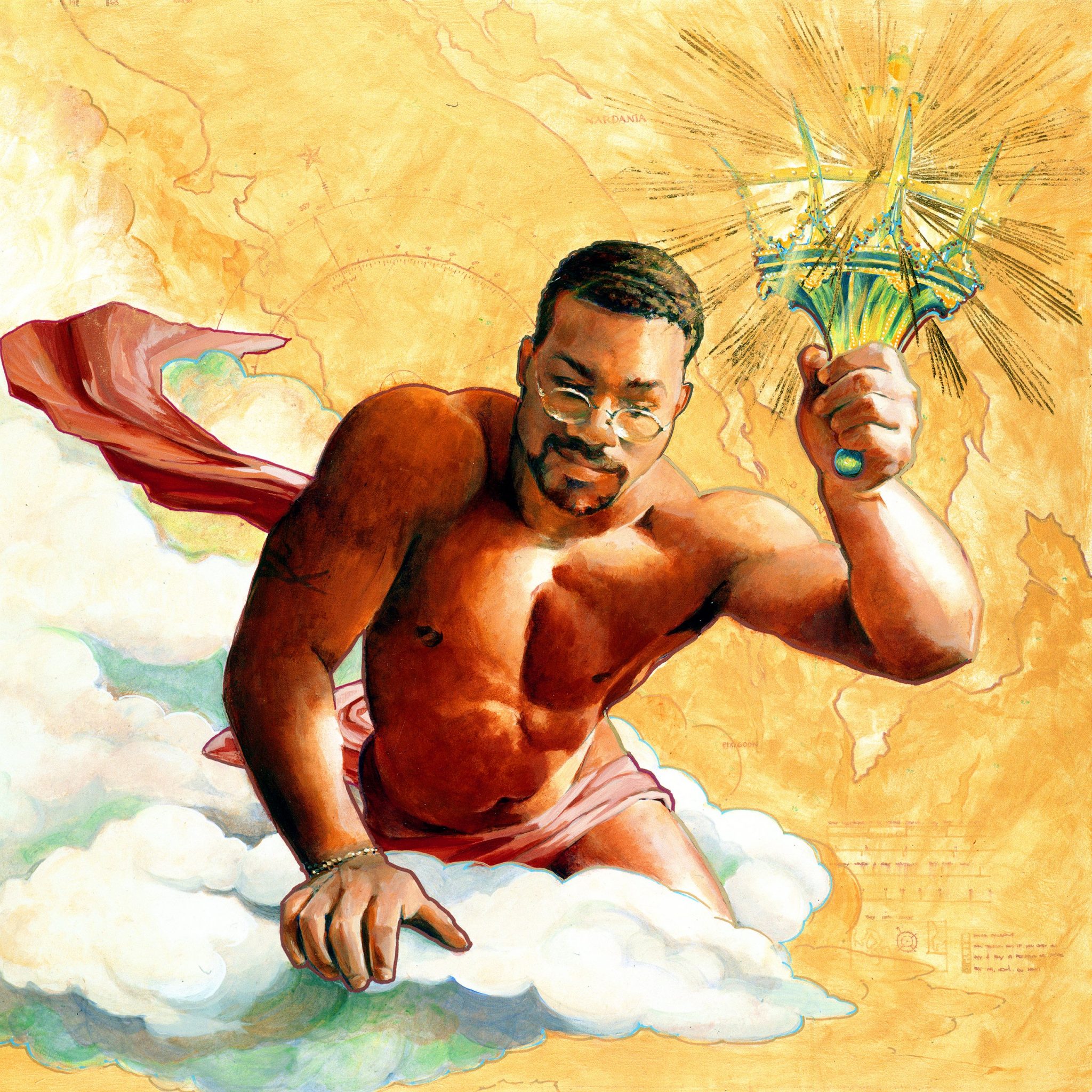 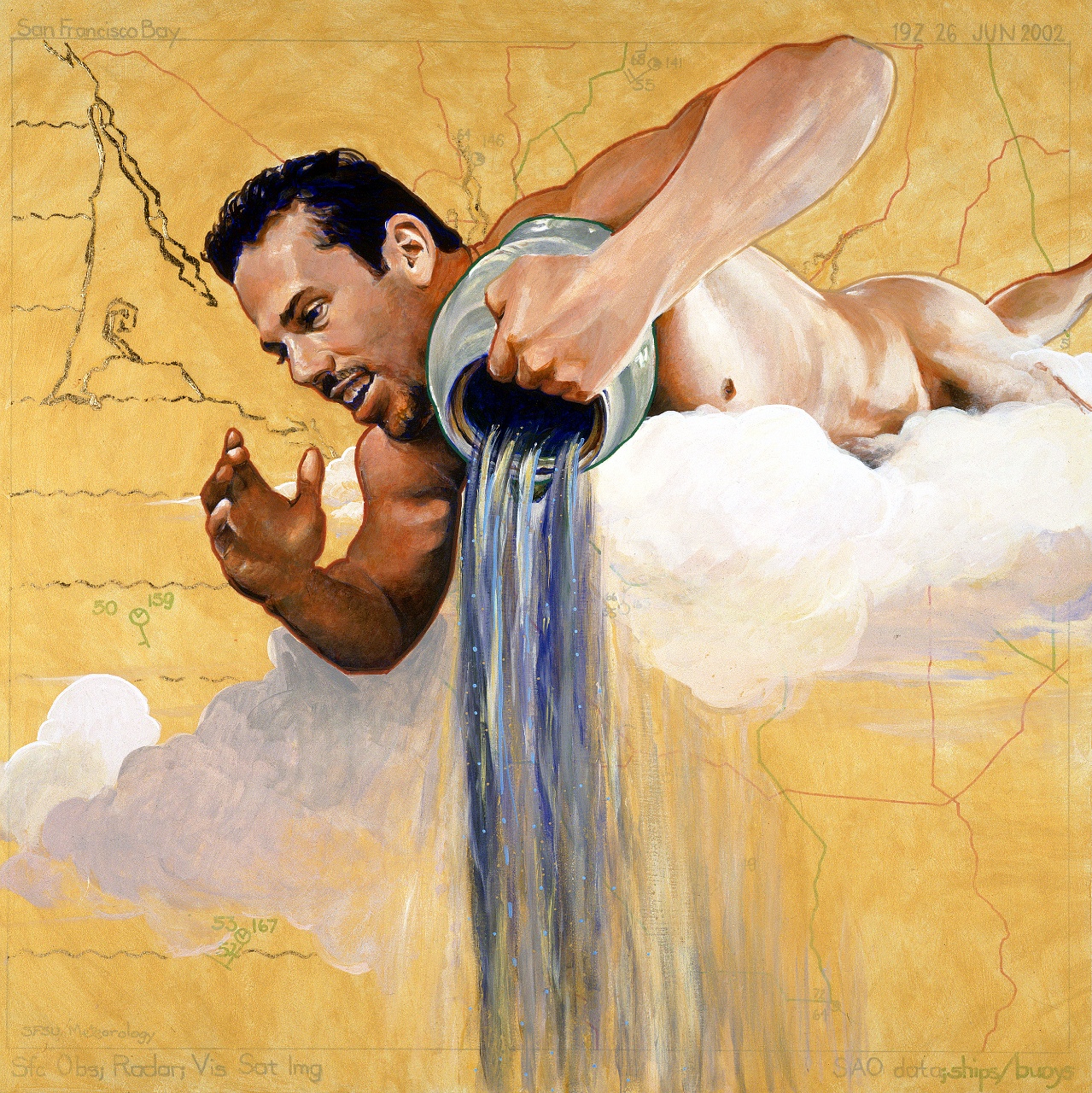 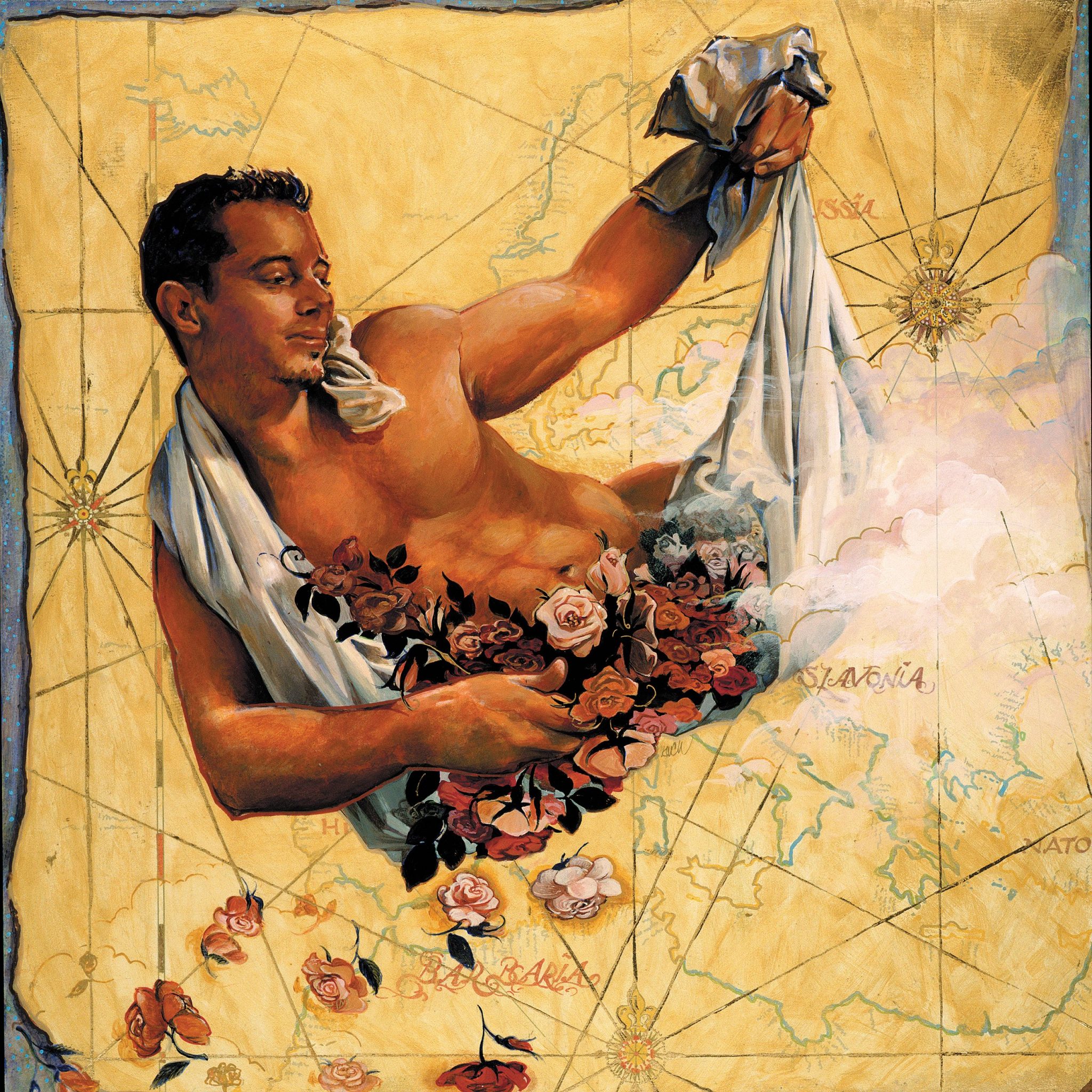 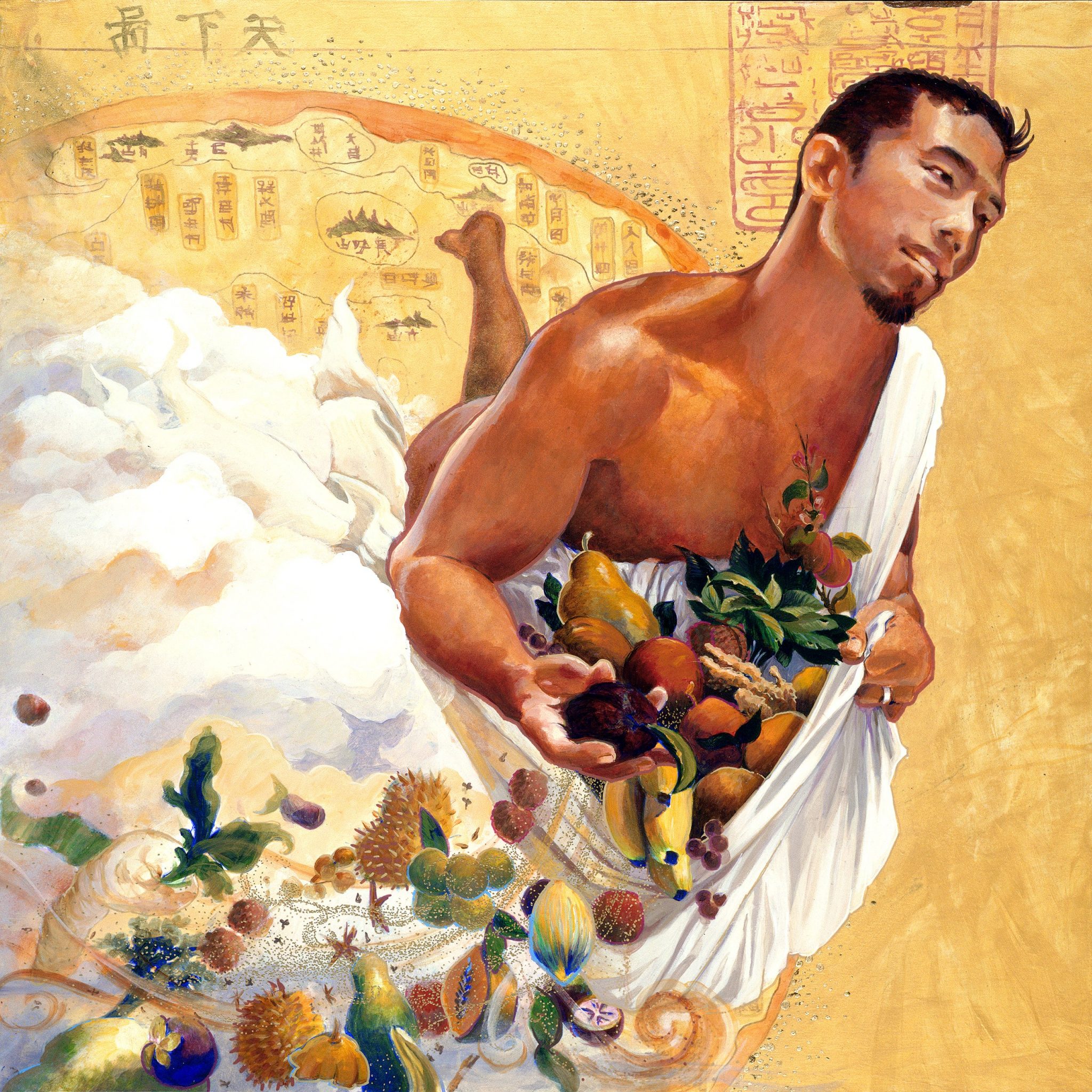