Join David Hockney in painting a celebration of Spring

One of the most influential artists of the 20th century, in recent years David Hockney has made his home in the French countryside of Normandy.

Accompanied by his long-time assistants Jean-Pierre Gonçalves de Lima and Jonathan Wilkinson, and their dog Ruby, Hockney is immersing himself in his work and the optimism of Spring as a distraction from the bleakness of the Covid-19 pandemic.

Much of Hockney’s most celebrated work is intrinsically associated with the sunshine, the swimming pools, and the sensuality of the LA lifestyle.

Hockney has attributed his move away from Los Angeles primarily to the city’s strict anti-smoking laws.

“I’d like to just work and paint…” Hockney told the Wall Street Journal. “The French know how to live. They know about pleasure.”

The BBC reports that Hockney is in lock-down at his property in Normandy.

“I intend to carry on with my work, which I now see as very important…” Hockney told the BBC. “We have lost touch with nature rather foolishly as we are a part of it, not outside it. This will in time be over and then what? What have we learned? I am 83 years old, I will die. The cause of death is birth. The only real things in life are food and love in that order, just like our little dog Ruby. I really believe this and the source of art is love. I love life.”

Hockney’s embrace of Spring has inspired the Châtelet theatre in Paris to launch an online competition. Amateur artists are invited to draw or paint their experience of Spring and submit them for consideration.

“I’m 82, I’m going to die…” wrote Hockney. “We die because we are born. The only things that matter in life are food and love, in that order, and also our little dog Ruby. I truly believe this, and for me, the basis of art is love. I love life.” 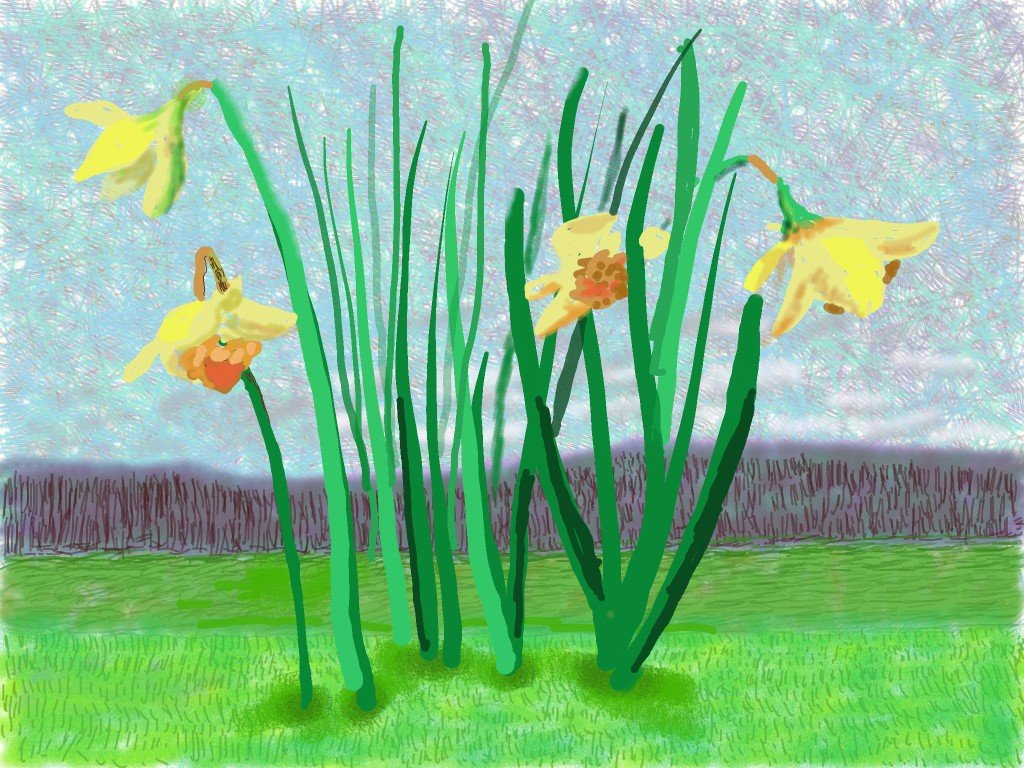 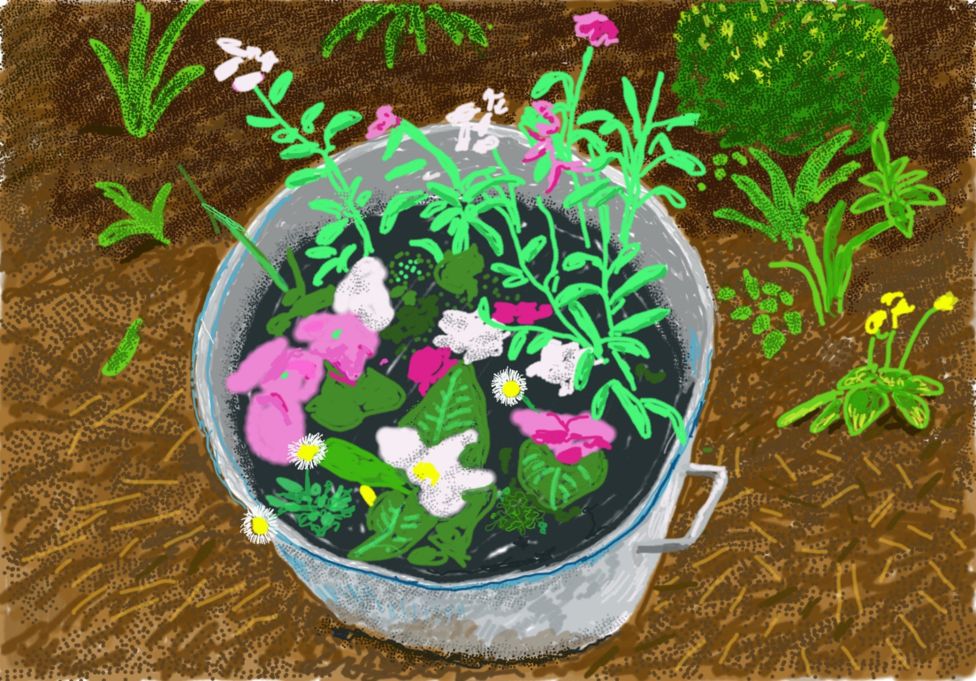 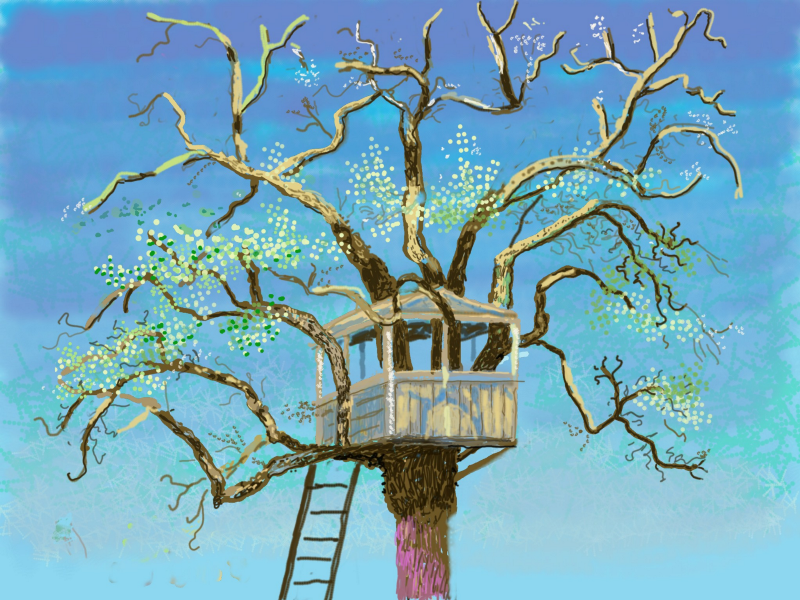 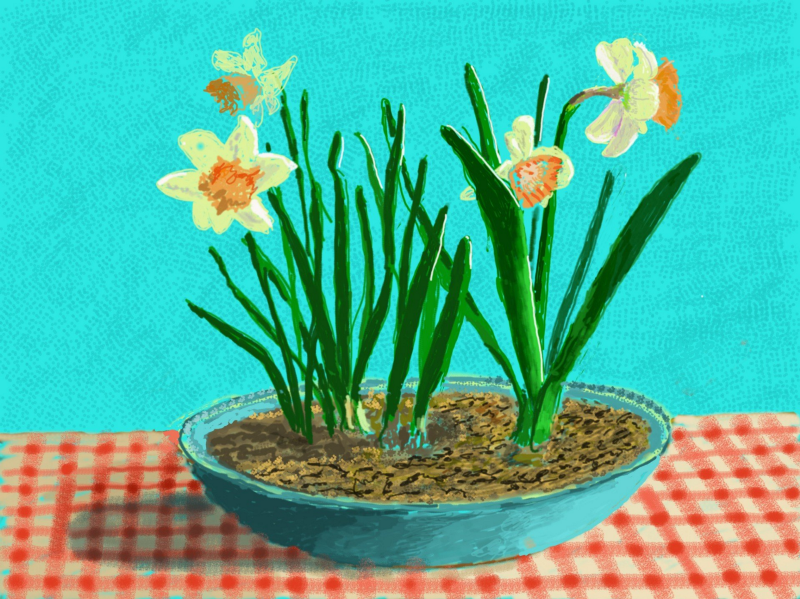 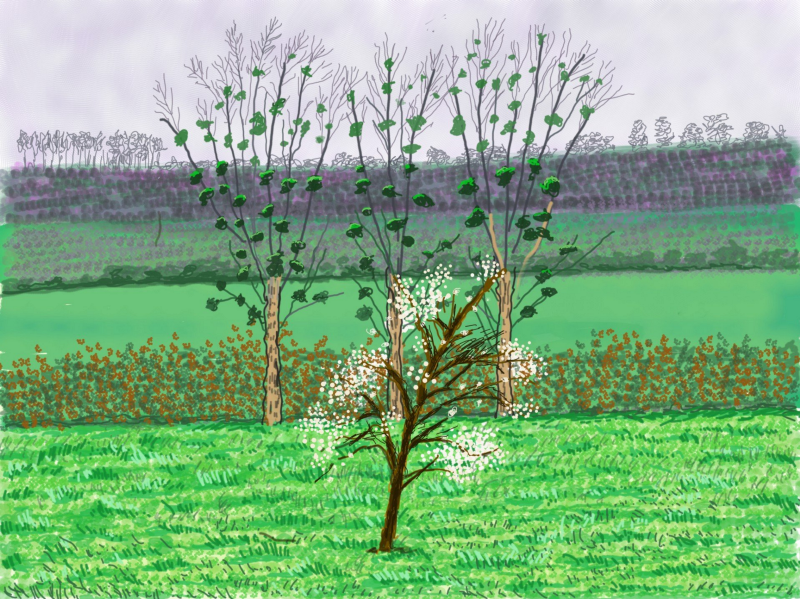 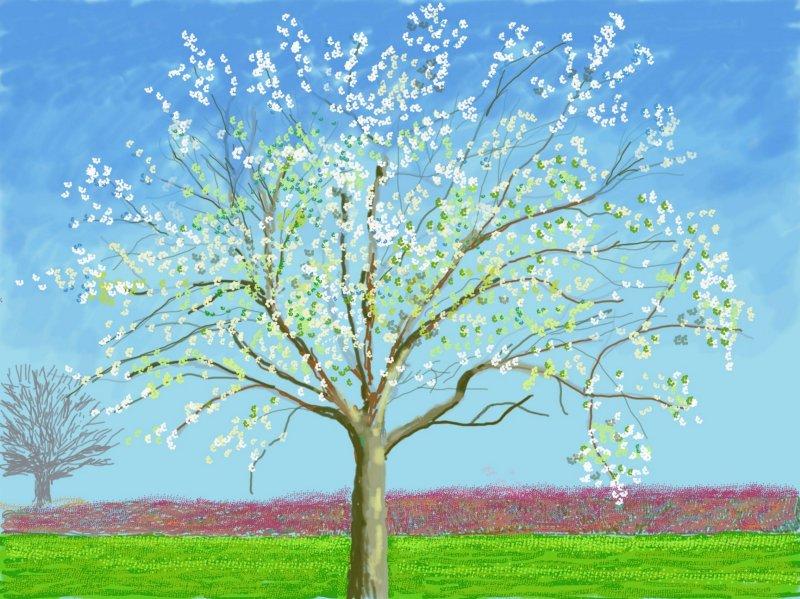 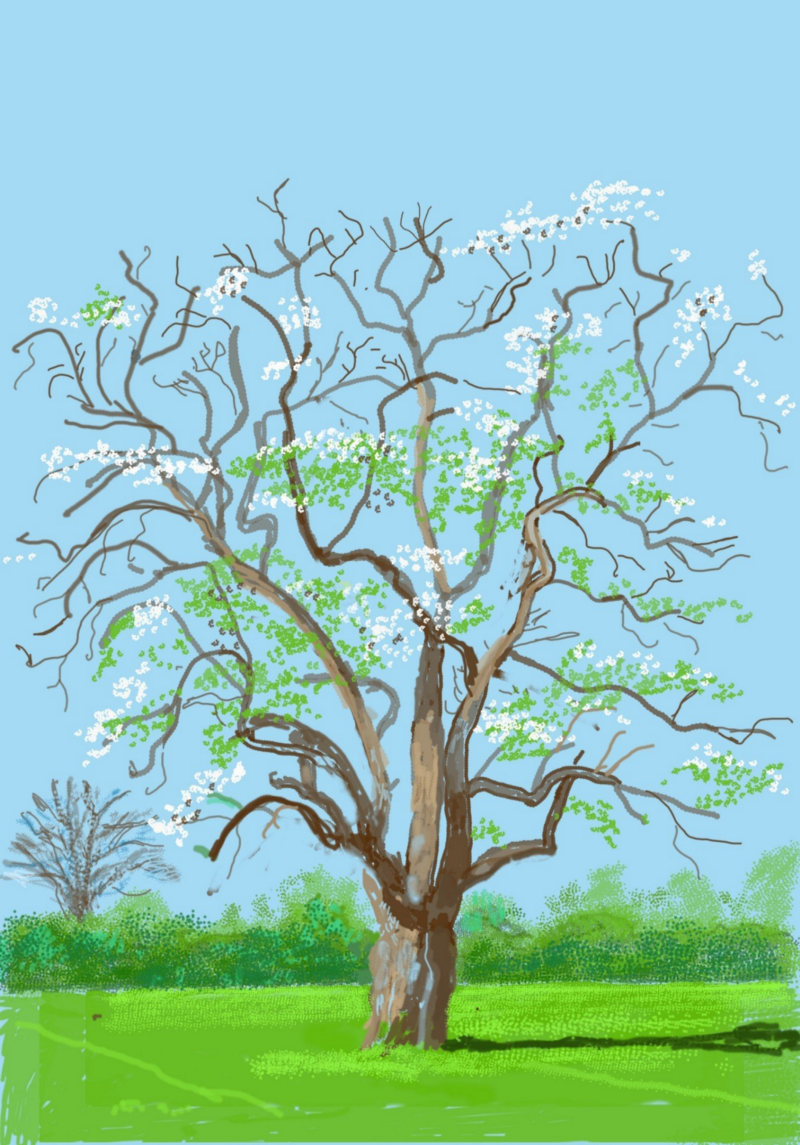 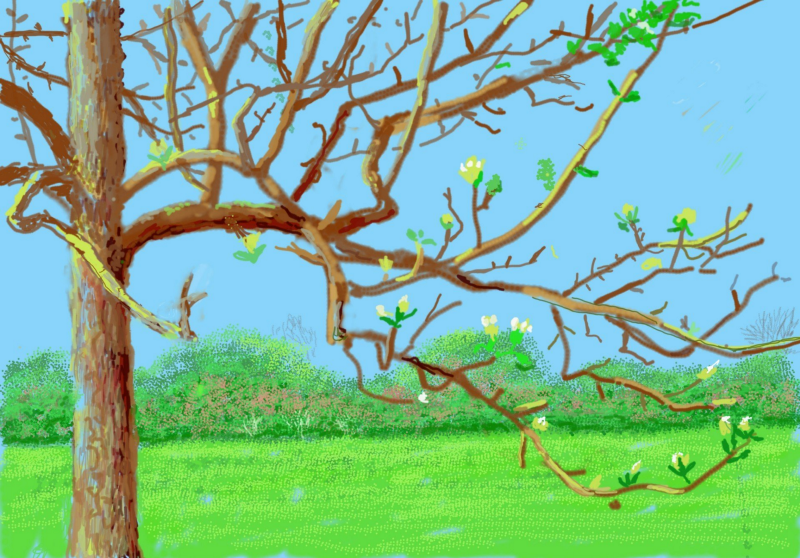 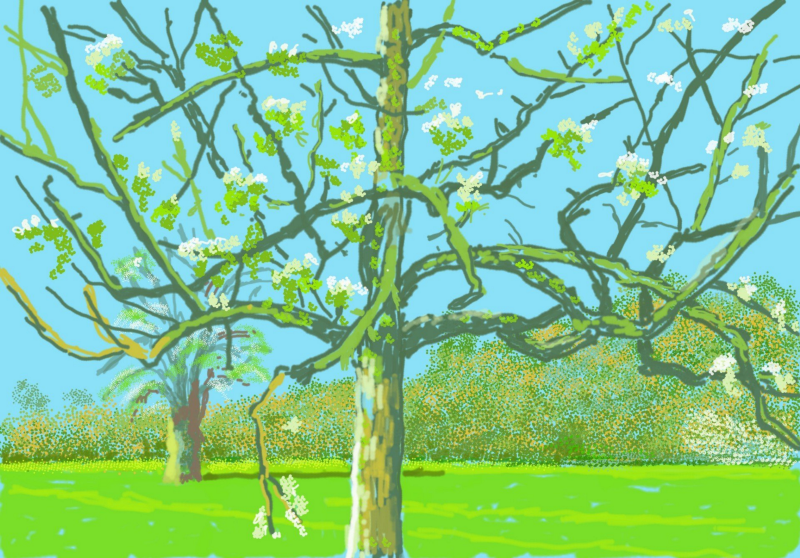 Who is David Hockney?

Born in Bradford in 1937, Hockney went on to study at the Royal College of Art in London.

Soon after graduating from the Royal College of Art, in 1964 Hockney moved to live in Los Angeles. It was here that he began working on his swimming pool series. Working with the bright, bold colours of acrylics, the swimming pool series has in many ways defined his career.

His 1972 painting – Portrait of an Artist (Pool with Two Figures) – last year became the most expensive painting sold by a living artist when it was auctioned for USD$90m.

Hockney has consistently represented gay life and gay relationships in his work. Celebrating the domesticity of gay relationships, and drawing inspiration from the iconic publication Physique Pictorial.

In 2017, the Tate Britain presented a major retrospective of Hockney’s work, marking his 80th year. The exhibition then travelled to both Paris and New York.

Hockney is generally associated with the Pop Art movement, but his work also draws influence from the Expressionist traditions. 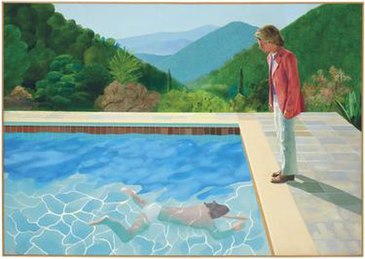 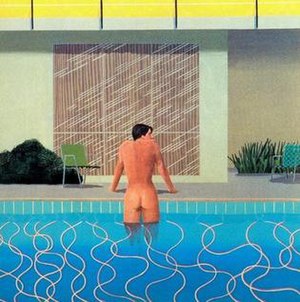 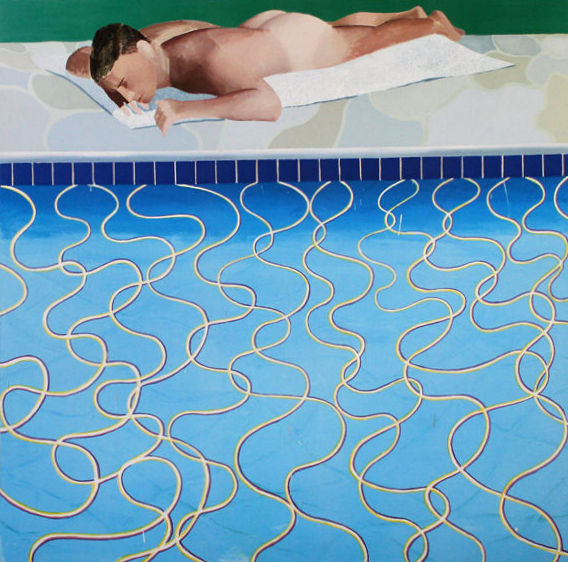 Is a drag queen a reliable guide ...