Tom Ford reveals that his husband, Richard Buckley, has died

Tom Ford has announced the death of his husband, Richard Buckley.

The couple have been together for over 35 years, and have son together – Alexander John Buckley is aged eight.

The announcement of Buckley’s death, aged 72, indicated that he died following a long illness. Details of the illness have not been revealed, but it is known that Buckley was treated for throat cancer in 1989.

Buckley was a fashion journalist. He began his career in 1979 at New York Magazine, followed by stints with Women’s Wear Daily, Vanity Fair, and Mirabella. He became Editor in Chief of Vogue Hommes International in 1999.

Who is Tom Ford?

He studied interior architecture at Parsons The New School for Design.

Ford’s introduction to the world of fashion was while he was working at Chloé in Paris.

After stints at US designers Cathy Hardwick and Perry Ellis, Ford made his reputation by moving to Milan and turning around the failing Gucci fashion house.

Ford has since gone on to create the Tom Ford International label.

Ford’s first foray into the world of film was a resounding success — his stylish and studied 2009 adaptation of the Christopher Isherwood novel A Single Man was critically acclaimed and award winning.

Ford originally moved to New York City to study art history at New York University, but dropped out after one year to focus on his acting career — he appeared in a number of television commercials.

During his time in New York, Ford was a fixture at legendary nightclub Studio 54. The club’s disco-driven glamour remains a continuing creative touch-point.

Ford and his husband, fashion journalist Richard Buckley met in 1986.

Their son, Alexander, was born in September 2012.

By the late 1980s, Gucci — the once aspirational fashion powerhouse — had faltered, and had become known as a declining luxury goods company.

In a risky move for Gucci, the then-unknown Tom Ford was hired as the brand’s chief women’s ready-to-wear designer in 1990.

By 1993 he was in charge of designing eleven product lines.

In 1994 Ford was promoted to the key position of creative director. Glamour became synonymous with Gucci, and in 1995 photographer Mario Testino was brought in to create a new advertising campaign.

By 1999, the house of Gucci — which had been almost bankrupt at the time that Ford joined — was valued at USD$4.3billion.

When Ford left in 2004, the Gucci group was valued at USD$10billion.

2005 saw the launch of Tom Ford International which produced womenswear, optical frames and sunglasses, as well as the Tom Ford beauty brand.

In 2007 Ford launched his own directly owned flagship store on Madison Avenue in New York — coinciding with the launch of the Tom Ford menswear and accessory collection.

The fragrance line produced by Tom Ford has become synonymous with quality and aspirational style — with the price tag to match. Most of the fragrance names are fairly descriptive of the scents that have been used to create the fragrance — White Patchouli; Velvet Orchid; or Grey Vetiver are examples. But there’s also a cheeky sense of fun — our favourite fragrance from Ford is simply called Fucking Fabulous. 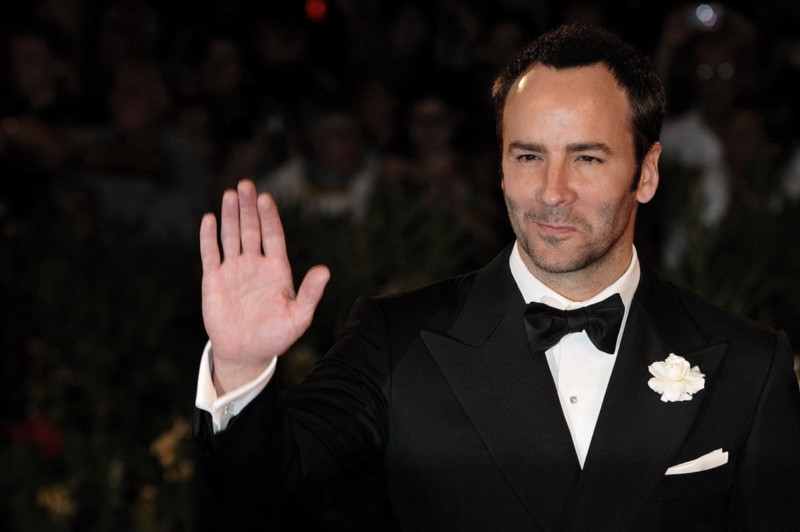