The queer history of gay Pirates

As men who operated outside of the law, it’s perhaps not surprising that pirates made their own rules when it came to same-sex relationships and that they weren’t bound by the socially-conservative restrictions of the time.

The history of piracy

Piracy in some form or another seems to have existed as long as people have been sailing boats. The first documented examples of maritime piracy as we know it today can be traced to the 14th century BC, when attacks against ships in the Aegean and Mediterranean were disrupting trade routes.

The name ‘pirate’ draws from Ancient Greek, being first recorded in the English language around the year 1300.

The golden age of piracy

The image of pirates that informs popular culture today draws primarily from a specific era of time in the Caribbean.  The period of 1650 to the mid-1720s is generally referred to as the ‘golden age’ of piracy.

There are a range of political, economic, and social factors that led to the ascendancy of piracy in the Caribbean during this period. The islands of Hispaniola and Tortuga – which have become modern-day Haiti – were initially the main hubs of activity, but the pirates followed the money throughout the Americas as the fortunes of the competing colonial powers waxed and waned.

How gay were pirates?

The way that we perceive the sexuality and relationships of pirates depends a little on the interpretation of the custom of matelotage. A word that’s from the French language, ‘matelotage’ is equivalent to the English term ‘seamanship’. However, the word matelotage refers to a custom practised generally among seaman but particularly by pirates. Matelotage was a partnership between two shipmates that saw them share goods and wealth, and also involved survivor’s benefits should one of them die.

We don’t really have any detailed specifics of how a matelotage worked – they weren’t written agreements. While some historians describe matelotage arrangements as non-sexual partnerships focused on property, it’s not hard to imagine that – in a world where women were rarely encountered – that the two men that formed a matelotage were bound by more than just the loot that they shared.

Are there any famous gay pirates?

Robert Culliford and John Swann are often cited as an example of a matelotage that closely resembled a gay relationship as we would recognise it today. Culliford was an English pirate, active in the Caribbean in the late 1600s. Swan was his shipmate, and Culliford and Swann were partners by matelotage. There seems to be evidence of Culliford and Swann continuing to live together when not on ship, with some contemporary accounts indicating that the two men were in a relationship together.

Bartholomew Roberts was a Welsh pirate captain active in the Caribbean around the year 1720. He’s viewed as one of the most successful pirates of the golden age, and it’s widely accepted that he was gay. Roberts was a particularly organised captain – noted for documenting the Pirate’s Code. These are probably the rules that were commonly observed across most pirate ships at that time, but it’s an indication of his efficiency that a copy of the code enforced by Roberts has survived. What’s also notable is the affection that Roberts showed to George Wilson – a young surgeon that Roberts and his crew encountered on their voyages. This was something beyond a matelotage – Wilson was no pirate. Roberts and Wilson were described as intimate and spent considerable time together.

Do pirates fuel your fap fantasies?

If you fancy a bit of cabin-boy role-play to fuel your fap fantasies, Men.com might have what you’re looking for.

Back in 2017, they produced a film called Pirates – inspired by the Pirates of the Caribbean film franchise.

Johnny Rapid is the cabin boy, Diego Sans is the pirate captain, and Paddy O’Brien is a captain with the British Navy, determined to bring everyone to justice.

It’s a story that involves a lot of seamen, and plenty of semen. 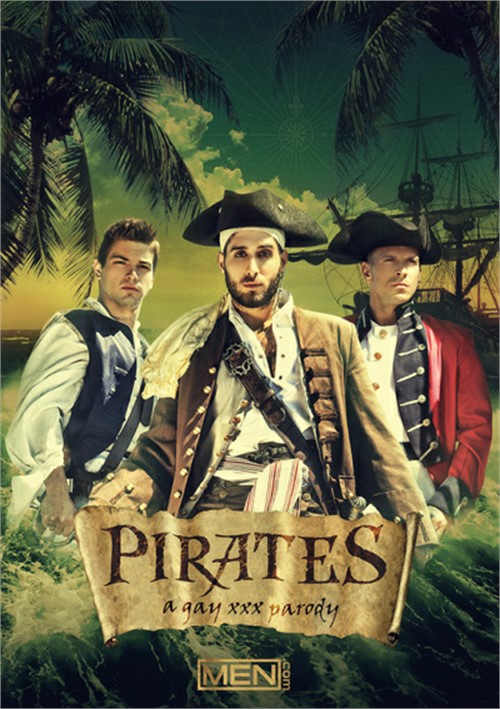 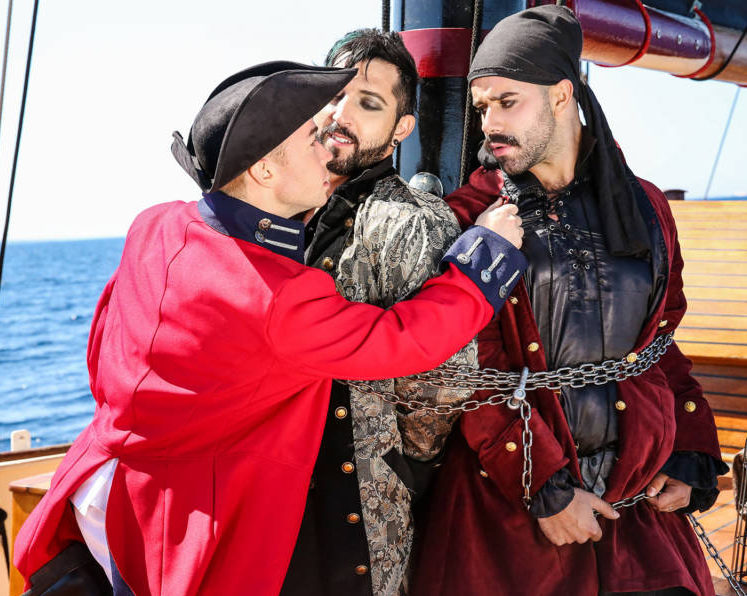 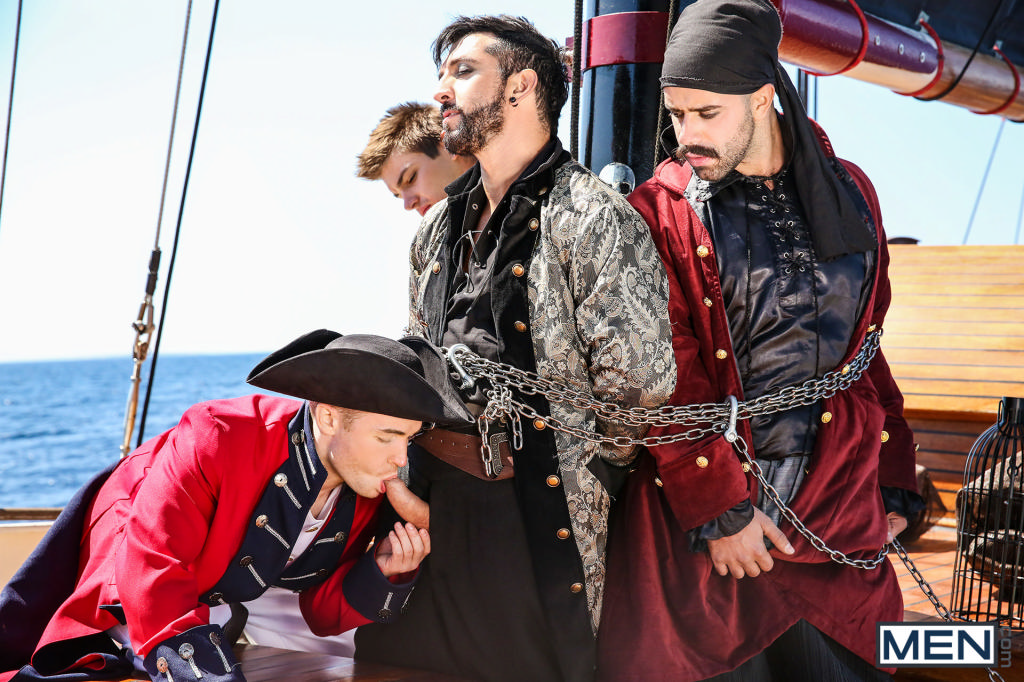 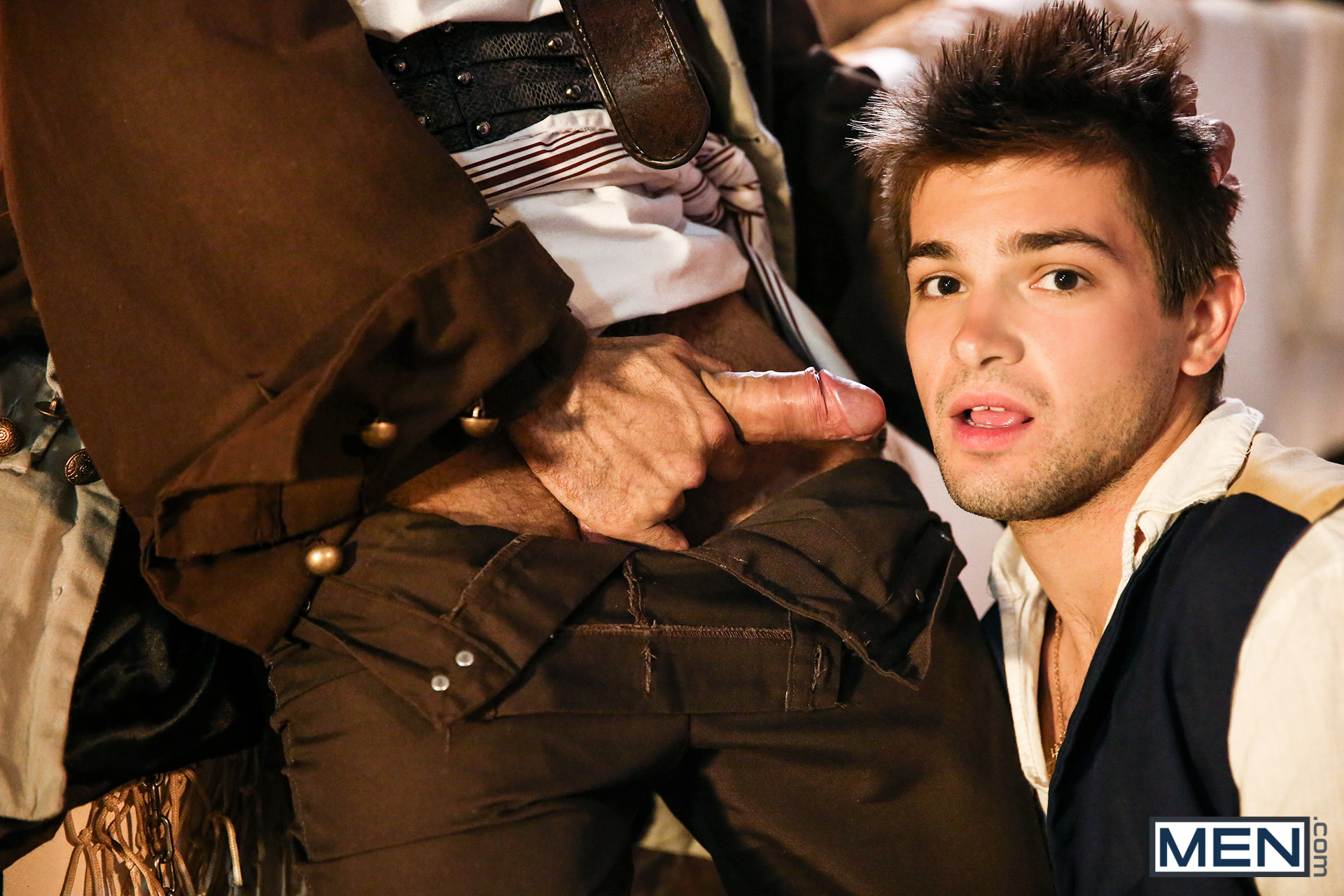 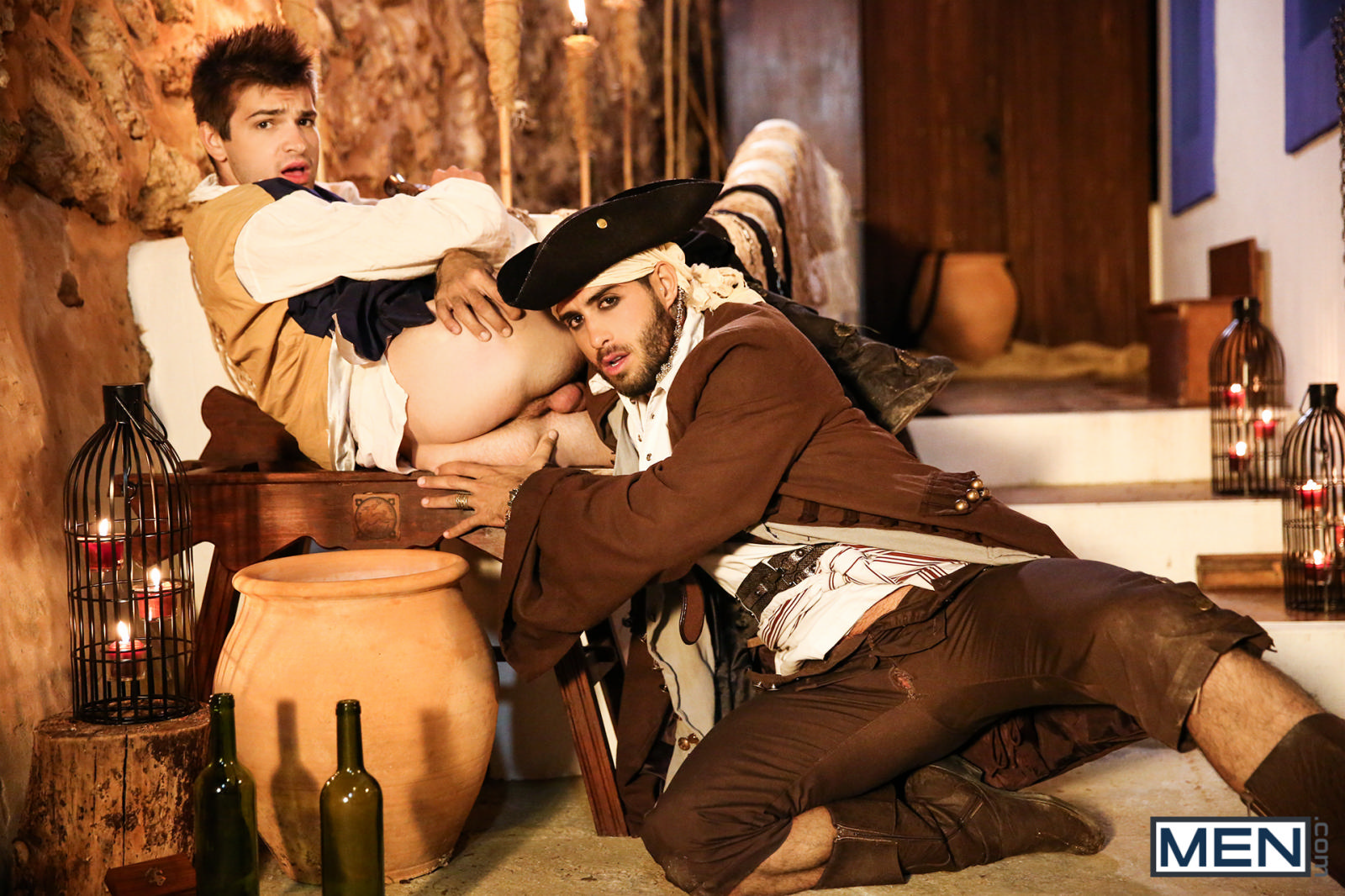 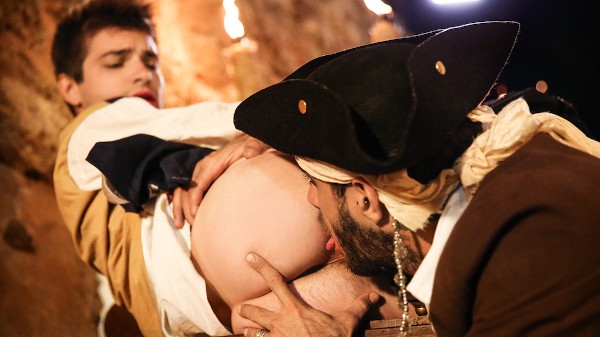 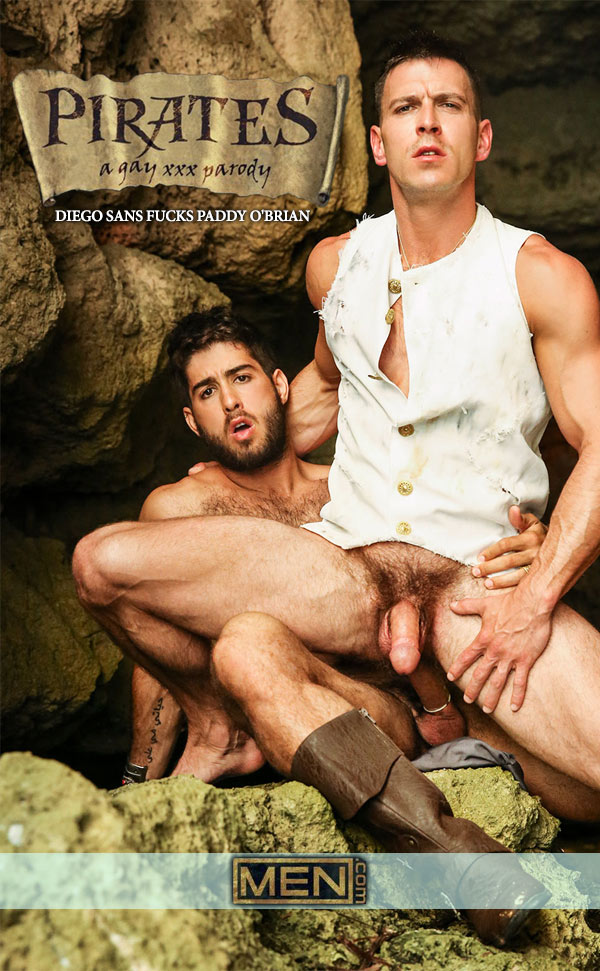 The art of Danny Gunn

The art of Jean Carlos Puerto