One of the stories of the summer has been the ongoing dramas surrounding Ellen DeGeneres and her production company.

It was reports from BuzzFeed that brought long-standing industry rumours out into the public domain.

BuzzFeed spoke to former employees on The Ellen DeGeneres Show who shared their experiences that included bullying and workplace harassment. The picture painted was a toxic culture at a show that encourages us all to #BeKind.

In the latest development in the story, three senior producers of the show have been fired. Ellen had a video call with staff to announce the changes, confirming that Ed Glavin, Kevin Leman, and Jonathan Norman had left the production company.

It’s reported that the production company is continuing with an internal investigation into the claims alleged in the BuzzFeed article.

Born in 1958, DeGeneres was born in Louisiana. When her mother re-married, the family moved to Texas.

DeGeneres went to college in New Orleans, where she majored in Communication Studies, but she dropped out of college and began working a variety of different jobs.

After college, while she was working in New Orleans, DeGeneres began to try her hand at stand-up comedy. By 1981, she had progressed to become the emcee of a local comedy club and from there began to tour the national comedy circuit.

In the 1990s, DeGeneres moved into television – playing supporting roles in a number of sitcoms, before landing her own series. Simply called ‘Ellen’, the sitcom launched in 1994.

In 2003, DeGeneres launched her talk-show. It is the talk-show that has made her an international celebrity and one of the most influential people in the world of entertainment.

In 1997, during the fourth season of Ellen, DeGeneres spoke publicly for the first time about her sexuality. This coming-out process was mirrored on the sitcom where the character of Ellen also came out as a lesbian.

DeGeneres has since spoken about how her decision to talk about her sexuality impacted her career and made it difficult for her to work for a number of years.

After a number of high-profile relationships, DeGeneres began dating actress Portia de Rossi in 2004. The couple were married in 2008 – almost immediately after the state of California enacted marriage equality legislation.

The couple tied the knot on 17 August, 2008 at their Los Angeles home. 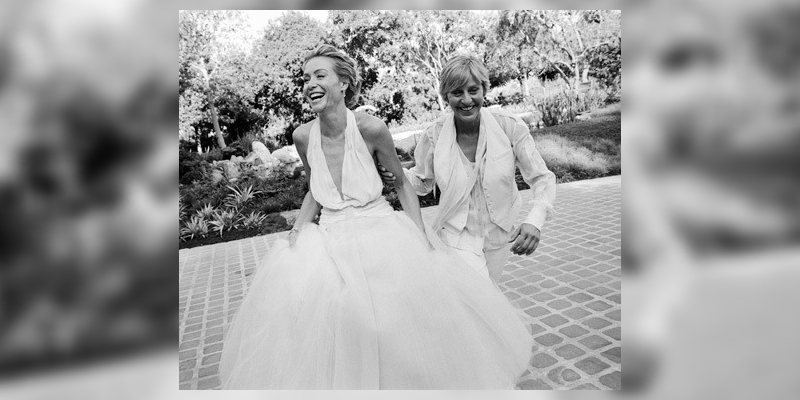 How do you become a life model ...

Seduction and sensuality in the farmlands of ...