As well as being a personal challenge, Vicki was able to use the swim to raise money for the Out For Sport awards.

I caught up with Vicki to see whether it’s something we should all be tackling.

Was swimming the channel something that you’ve always wanted to do?

I haven’t always had this dream, but about 12 years ago I went on a Swimtrek holiday and discovered a love of open water and endurance swims.

I’m an average pool swimmer, and love training with Out To Swim, but I don’t really like competing anymore. Swimming the Channel is the ultimate endurance test.

Eleven years ago, my Dad helped me to pay for the Pilot to guide me, but then as my tide approached the weather changed and I wasn’t able to go in the end. Over the next few years, my parents became more frail, and then my father died and then my mother. Having recovered from these emotional events, I have had a bit more time to devote to training.

What sort of training and preparation did you have to do ahead of the swim?

You need to put aside about 18 months. I train with Out To Swim for fitness and fun, with Swim For Tri for specific technique help, and with Dover Channel Training for cold water acclimatisation and endurance work.

Last summer, I trained in Dover and I did a ten-hour swim. Through the autumn and winter I did loads of technique work, and some dipping in cold water at Parliament Hill Lido. I also did some swim camps, so I could do longer swims earlier in the season.

The season starts in May and I spent pretty much every weekend in Dover from then until my swim. The training is great, and hanging out with other people doing the same thing is really helpful on all counts but particularly with the mental training – 80 percent of the challenge is about mental strength.

What were some of the moments that really tested your mental strength?

During the swim, I was lucky not to have too many dark moments – just one where I realised that I wasn’t about to finish but had a long way still to go.

During training, I had injuries and illness that were very hard to deal with since it felt like all my plans were going wrong and that maybe I wouldn’t even start.

Swimming the channel seems a pretty macho thing to do? Are there many women or queer people tackling the swim?

Women are really the best at endurance events, and women also tend to have more mental strength. Alison Streeter holds the record for the most crossings ever.

That being said, there are slightly more men who swim it than women – I think. When I trained 11 years ago, I was quiet about my sexuality – not hidden but not shouted.

This year, there were three swimmers from Out To Swim and at least two other ‘out’ swimmers. We did Pride on the beach and have generally camped it up at any available moment. My wife, Oonagh, has been on the beach supporting me the whole way through. It’s been a very gay year.

What advice or guidance would you give to someone who was thinking of swimming the channel one day?

Find a swimming club – Out To Swim is perfect to keep your fitness and speed up. Find a Channel swimming group for the summer, and also book some swim camps. There’s loads of information available but going and talking to an expert like Emma France at Dover will give you a taster of what it’s like.

How did you feel as you completed the swim?

Tired and very grateful to my support team – Oonagh my wife, Hunter my support swimmer, and Kevin my rock. 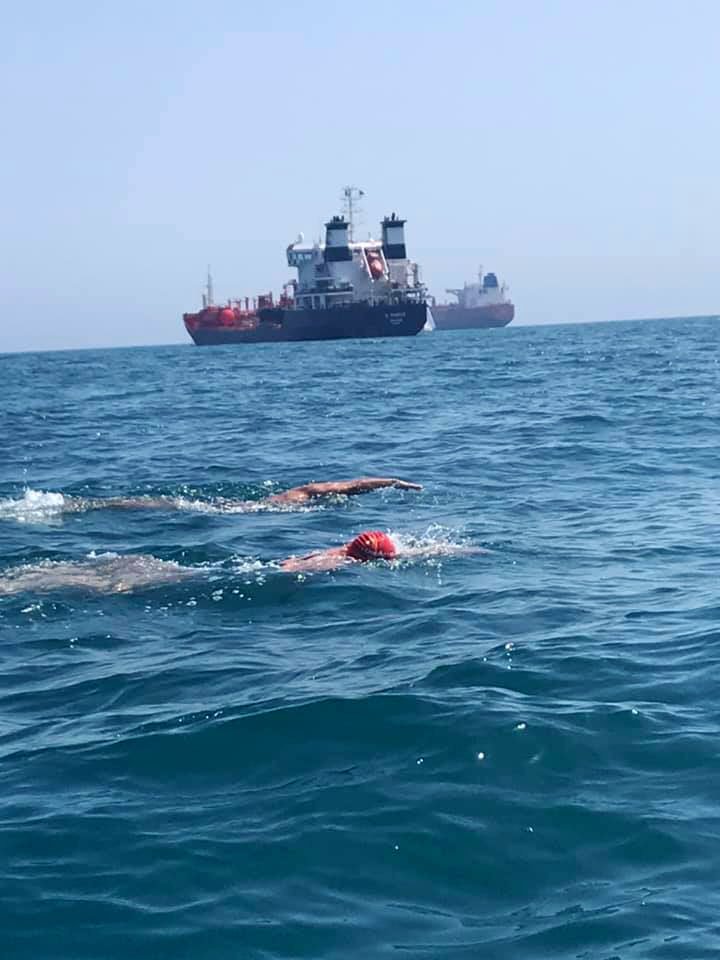 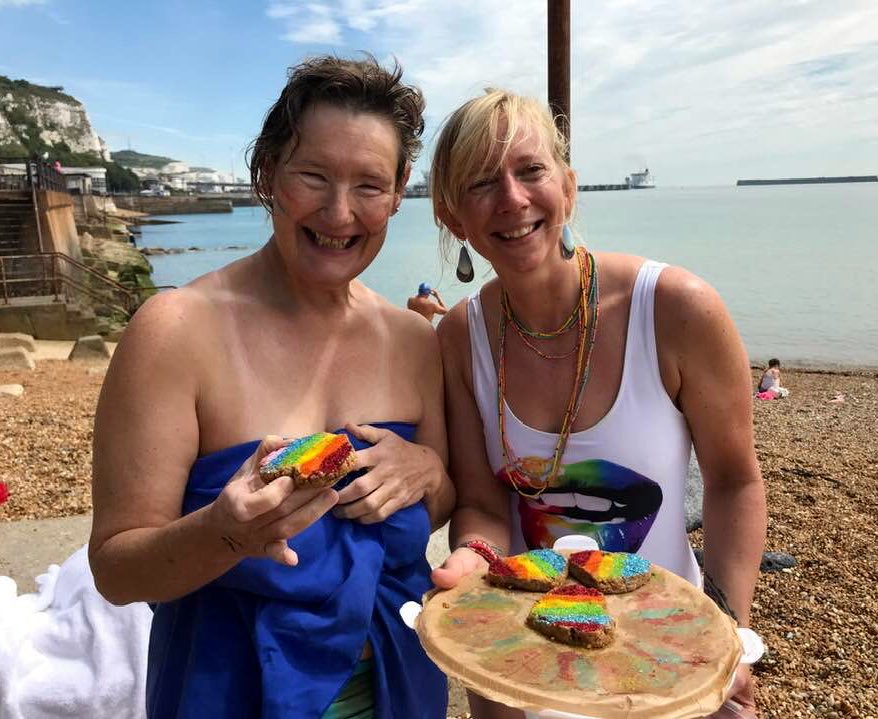 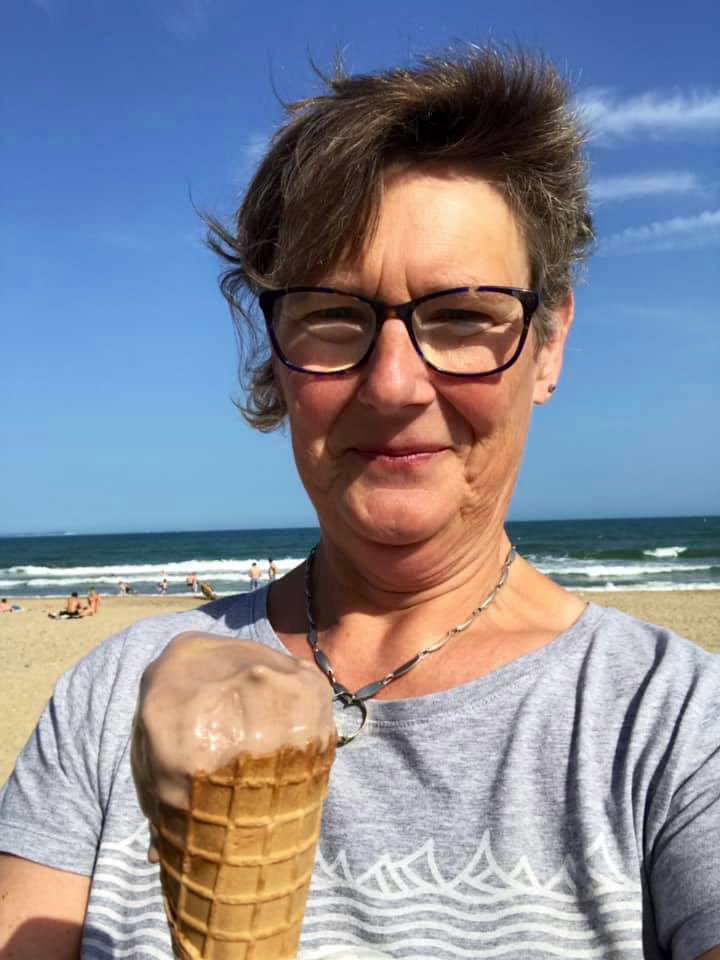 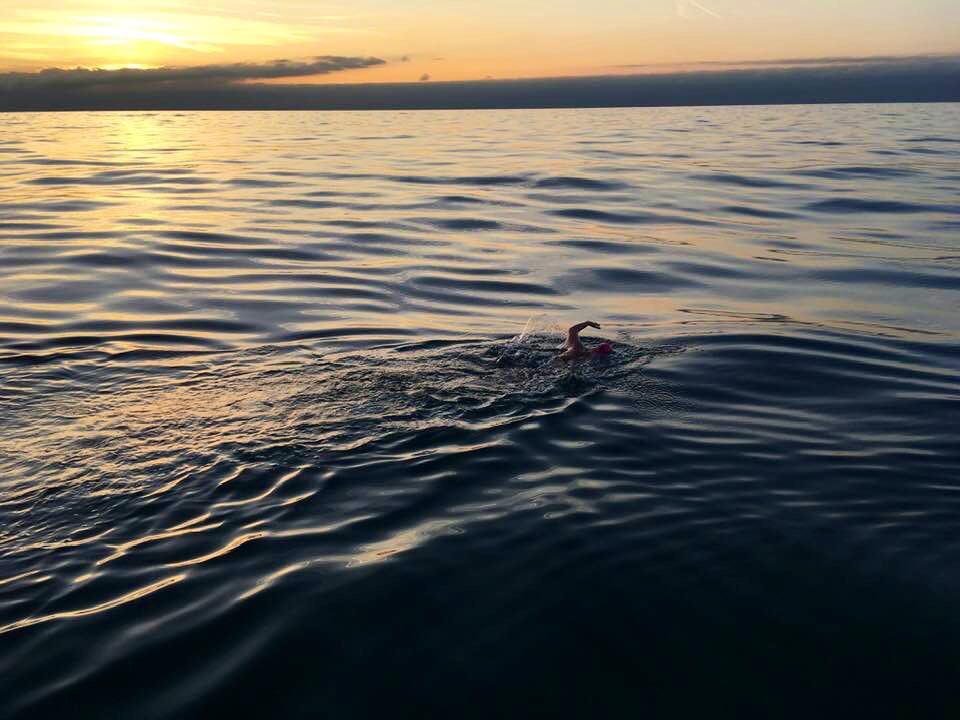 Why do we need LGBTQ teachers to ...