A guide to London’s bathhouses

If you’re looking for a bit of fun or just some relaxation in London, there’s three main bathhouse options to investigate.

The address for Sweatbox is 1-2 Ramillies St, W1F 7LN.

Entrance is through the big red door on the corner.

Sweatbox is just off Oxford Street. The closest tube station is Oxford Circus.

The address is 124 Cornwall Rd, SE1 8XE – it’s in the railway arches beneath the tracks, just across from Waterloo station.

As the name suggests, you’ll find this bathhouse in Covent Garden.

The entry door is at street level, but you immediately go downstairs to reception.

What makes a good bathhouse?

If you’re just looking for a quick hook-up so you can get off, you’re going to be prioritising different things than if you want somewhere relaxing where you can hang out for a while.

General cleanliness is a good starting point. You don’t want somewhere that smells like a hospital, a sex-on-premises venue needs to have a bit of raunch about it, but there shouldn’t be trash lying around and there should be a general level of hygiene that makes you feel comfortable. It’s generally a good idea to take a pair of flip-flops to a sauna. Most saunas will sell you flip-flops if you’ve forgotten them.

Bigger saunas will tend to offer the full range of facilities – things such as a gym, and having masseurs available who can actually give you a proper massage.

There’ll generally be some sort of refreshments available. It might only be basic snacks and soft-drinks, but there should be something you can buy. Don’t assume that there will be alcohol available, some saunas don’t sell alcohol because they don’t want to have to deal with drunk people.

Some saunas will offer live shows or pool parties or other forms of entertainment. These are generally a bit of a marketing tool to get guys in through the door. You might find that you have a better time when there’s not some sort of special event happening.

You can usually tell the quality of a sauna by what their wet areas are like. Obviously, there should be a selection of steam rooms, dry sauna areas, hot-tubs, and showers, but are they clean? Are they well maintained? Are they at the right temperature? Is the lighting right?

There’s generally an option to spend some time in a private space. You may be able to book a private room or cabin, or you might just need to find an empty cabin and claim it. There should be an option to lock the door, if that’s what you want. The cabins should be regularly cleaned and should smell fresh. No one really wants to be having sex surrounded by other people’s condoms and lube packets.

If you’re into glory-holes, you won’t necessarily find these in all saunas, but most will have a glory-hole option somewhere.

Safety and security are also important factors. There’s a couple of elements to this. You want to feel confident that whatever you put in your locker is going to still be there when you’re ready to leave. You also want to feel physically safe. Most saunas these days are quite strict about not tolerating drug use. That’s usually a good sign – if they’re not switched on about drug use, anything could be happening.

The staff at a sauna can generally be what makes or breaks the experience. You want the staff to be friendly and efficient, but not too chatty. Don’t be afraid to talk to the staff – if you’ve got a question or a problem, let them know.

One of the main things with a successful sauna visit is that you want there to be guys there that you want to have some fun with. That doesn’t mean it has to be super-busy, but you need enough guys there so that you’ve got some options. Different saunas will be busy at different times. It can be hard to predict. But a Friday night crowd is going to be different to a Sunday afternoon crowd. Both can be good options, it just depends what you’re in the mood for.

What sort of guys go to a bathhouse?

All sorts. Some bathhouses might market themselves to a particular demographic, but generally you’ll find a broad variety of all types of guys at bathhouses.

In the age of hook-up apps, some people might think that bathhouses are places for just for older or unfit guys, however that’s ill-informed – lots of young and fit guys really enjoy bathhouse encounters.

There’s some cultural differences depending on where you are in the world. In parts of Europe and Asia, communal bathing and saunas have long been part of everyday life. In Russia they have the Banya, in Germany and Scandinavia they have the sauna, Turkey the hamman, Japan the onsen, and Korean spas are also very traditional. That kind of cultural tradition doesn’t exist in some countries or cultures which is why gay bathhouses are generally only found in the larger cities.

Are bathhouses or saunas just all about sex?

Sometimes, you might meet guys at a bathhouse, build a connection, and they become a regular bathhouse fuck-buddy.

Is the golden age of bathhouses over?

The golden age of bathhouses is generally seen as the 1970s – the period when gay men were becoming more visible and were publicly embracing their sexuality. The arrival of HIV in the 1980s led to the closure of a lot of bathhouses, saunas, and sex-on-premises venues.

But bathhouses are still with us. They’re not the same as they were in the 1970s, they’ve evolved.

Your phone can help you find a hook-up, but your phone doesn’t deliver the same experience as a bathhouse.

What do I need to know about a bathhouse before going for the first time?

Some bathhouses are cash-only. You will need to pay for entry, and you might want to buy some drinks or snacks while you’re there. Increasingly, bathhouses will take card payments but – if you’re on the down-low – you may not want the name of a bathhouse appearing on your bank statement.

It’s advisable to wear something on your feet. Some bathhouses provide flip-flops, but it’s generally best to take your own.

Most bathhouses will provide lockers. If not, a small drawstring gym bag can be a handy way of carrying your valuables. Even if there is a locker, don’t leave anything too valuable in there. Travel light.

Most bathhouses will provide lube, but it’s not going to be the best quality. You might want to think about taking your own. Same goes for condoms if you want to use them. Poppers, a cock ring, some toys, or a douche are other things you might want to pack in your gym bag.

Due to drug-control measures, some bathhouses may be very strict about what you’re allowed to take with you or access from your locker. Don’t get upset – follow whatever rules the bathhouse is operating under.

Don’t take drugs at a bathhouse, or go to a bathhouse when you’re high. Don’t share drinks with other guys. Don’t get drunk.

If bathhouse staff suspect that you may be carrying drugs, or they find drugs on you, they may be obliged to call the police.

Saunas and sex-on-premises venues are places where words are kept to a minimum. There’s probably going to be some loud dance music providing the soundtrack to your experience. Most communication is carried out through body language. If verbal communication is required, keeping it brief is essential.

If there’s a lounge or bar area, this tends to be more of a social place. If you want to chat with someone, or talk to the staff – that’s where you should focus your Chatty-Cathy energy.

Take your time. Don’t rush things. Get a feel for the place, see who’s there. Be relaxed – see who’s catching your eye and whether you’re catching anyone’s attention.

A stake-out near the entrance to a dark-room is a great way to eye before you buy.

Walking into a private room with someone may attract the eye of a third party. If you’re not into three-ways or group encounters, just be upfront and direct but polite as you make it clear what you want to do with whom.

You’re not obliged to have sex with anyone unless you want to. If someone can’t take no for an answer, or if you see something that looks non-consensual, let the staff know. That’s what they’re there for.

Even in the biggest of cities, the chances of running into your neighbour, your boss, or your friend’s dad at a sauna can be quite high. It’s okay to acknowledge each other, but you’re not obliged to do anything more than that. There’s nothing to be embarrassed about – everyone is there for the same reasons.

You don’t actually have to have sex. If you don’t want to have sex, you don’t have to. You can also indulge your voyeuristic side and just watch or be watched. If the bathhouse has a pool and gym – many do – you can swim or have a work-out. 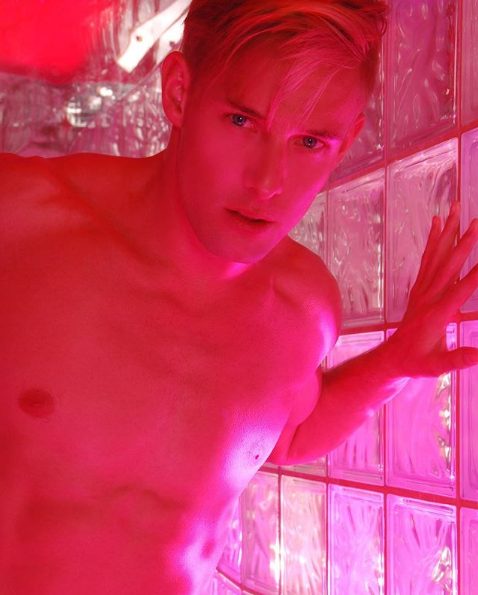 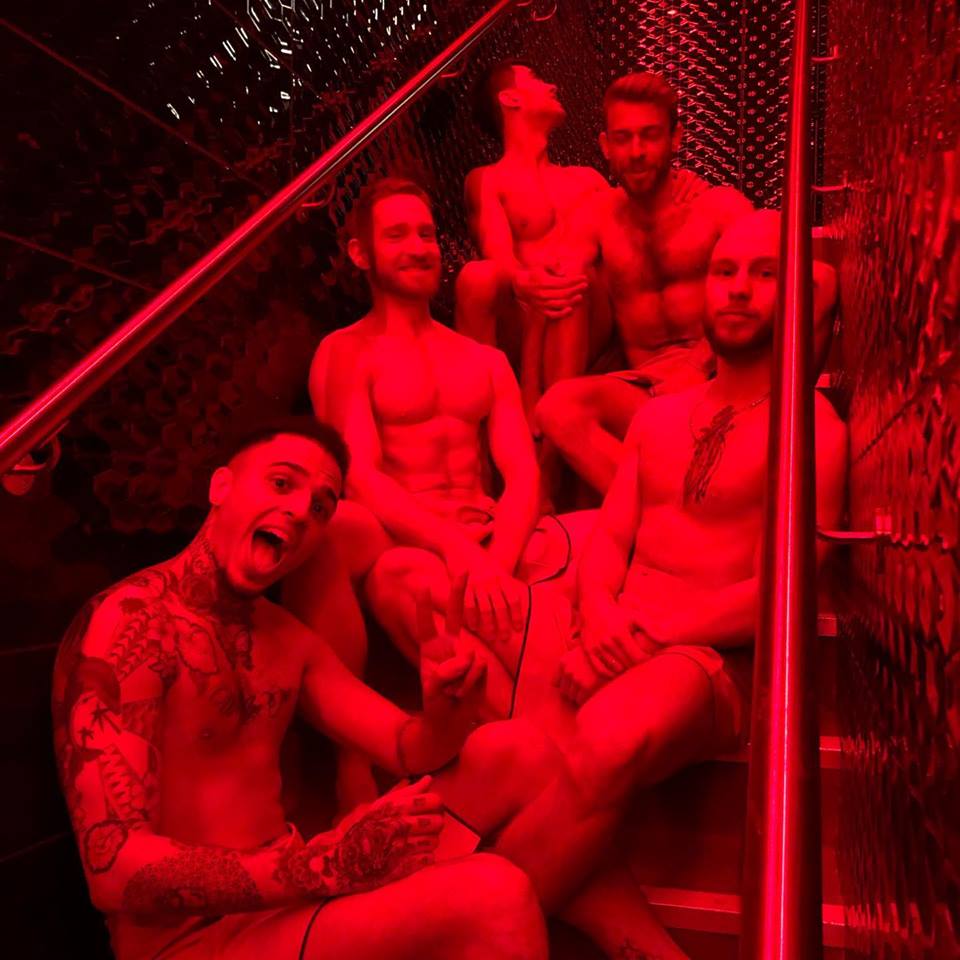 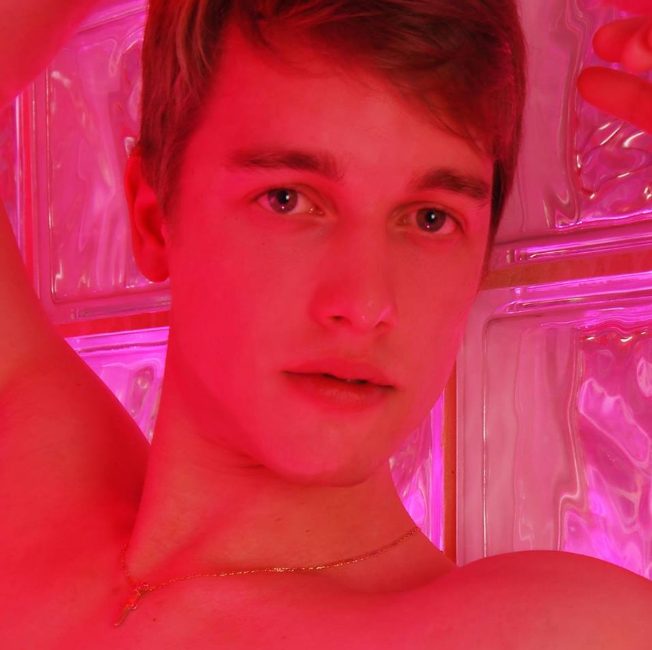 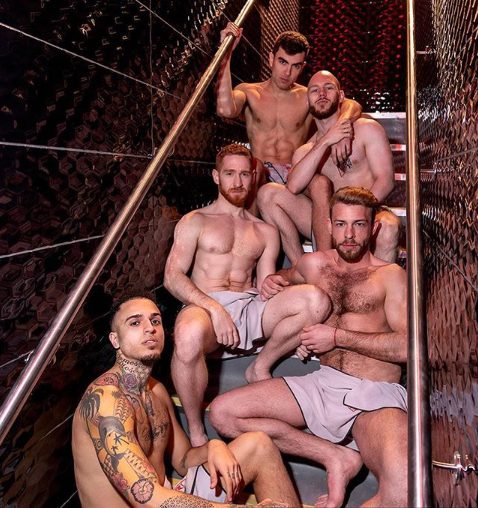