I caught up with Danny Mahoney for a behind-the-scenes look at his on-screen life.

You’ve been acting from a young age – was there anything specific that fuelled your passion for acting?

I have no idea! I was a shy kid with separation anxiety, yet I loved performing.

For some reason, when I was on a stage, I felt like I was free, and playing different characters was fascinating to me and brought me so much joy and excitement.

It’s something I’ve always loved and my passion for it only grew as I got older.

Has the Covid-19 pandemic in any way changed your perspective on your career as an actor?

It’s been a difficult 18 months, both psychologically and financially.

I’ve done a lot of mindset work during this time and one of the things I’m trying to implement towards my career – and life in general – is the acceptance that there are things within my control and things that are not. So, first I identify the things that I can and put all my energy into that – preparation and auditioning for example – and try to stop stressing about the things I can’t.

It’s one of the hardest things about the auditioning process – after you’ve done the audition, and sent it off, you just have to forget about it because what happens after that is out of your hands.

You’re originally from Canada but now based in London? With travel now becoming more of an option, which destinations are top of your wish-list?

I’ve actually been quite fortunate being based in London during the pandemic, as travel in Europe opened up a lot sooner than it did in Canada.

So, I was able to travel to my friend’s wedding in Greece last Fall, and then Armenia to film at the beginning of 2021. I even took a little holiday to Spain this summer.

Unfortunately, due to Canada’s tight restrictions, I’ve only been able to travel home to see my family and friends right now, actually! I just arrived in Toronto last week after nearly two years!

The destination currently top of my wish-list though is Vienna, because that’s where a certain someone is currently based.

We’ve gone deep on your Instagram – fitness is obviously a priority for you. Did it feel good being able to get back into a gym after a long period of not being able to work out?

I couldn’t wait to get back in the gym! I had my home workout routine going, and that was sufficient for the first couple of months, but there’s only so much you can do with dumbbells in a tiny London flat.

One habit I formed during lockdown was going for walks. During the first lockdown in London, we were allowed to leave our house for one hour a day for exercise. I tried taking up running again but I don’t know what has happened in my 30s – for several days after a run I can barely walk, I’m so stiff. So, I’ve taken to walking every day and it’s a great way to switch off, relax, and get some light cardio in every day. I highly recommend it.

Can we talk underwear? We’ve seen a lot of photos of you in your underwear.

I do some fitness modelling every now and then – it’s a great way to find some motivation when I get a photo-shoot that I need to prepare for.

Day-to-day and for the gym, I wear trunks – I find them the most comfortable. But I’m a big fan of briefs, I think they look the best.

I’ve been so excited about my current trip back home to Canada that I haven’t even thought about what comes after!

The second season of my new TV series, Purgatory, has just come out and is airing on Popstar TV – hopefully that will lead to another TV job soon. After working mainly in film and theatre, this was my first major role in a TV series – I absolutely loved it. I loved the excitement of it – TV is a much faster-paced medium and comes with different challenges that I’ve now got a taste for. 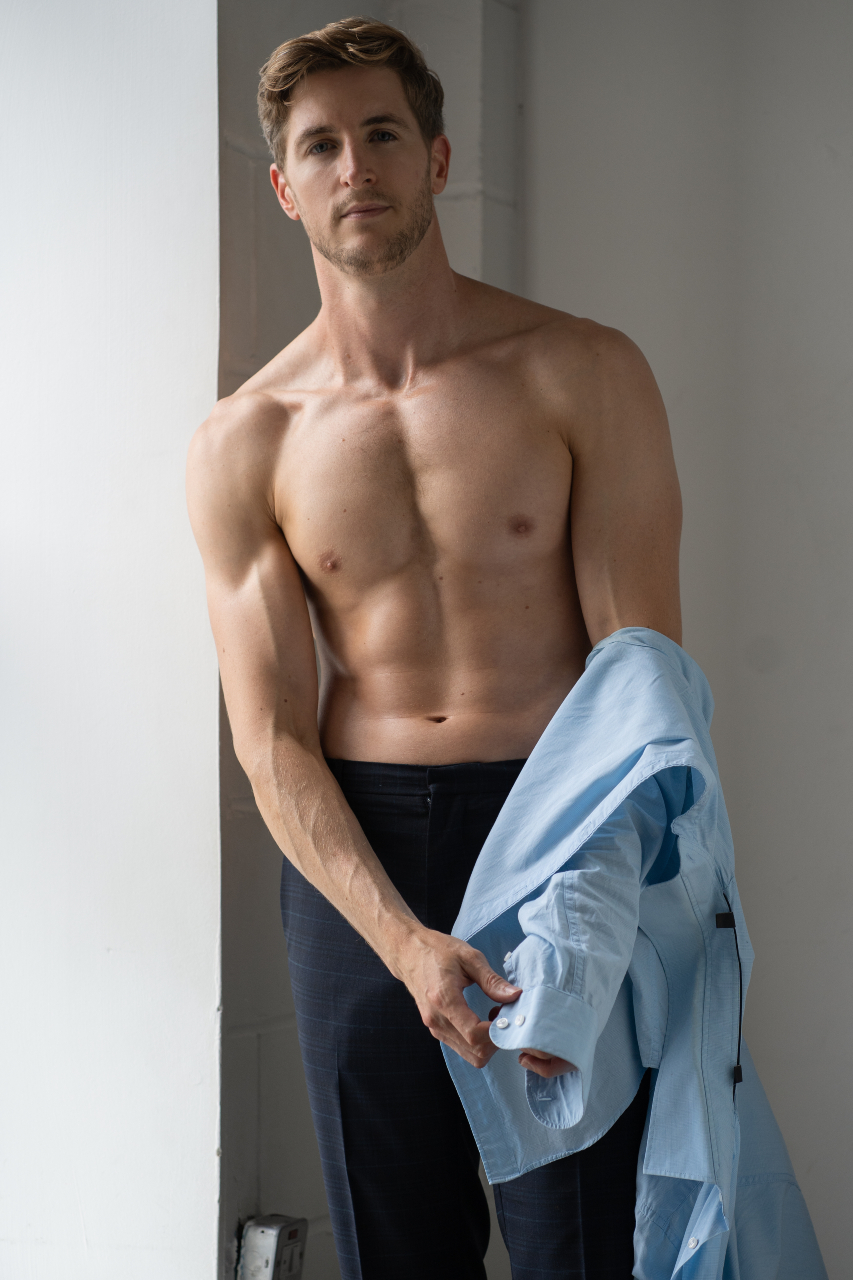 Things are queer in Brighton