Meet the drag queen who is rescuing neglected horses

If you’ve been for a night out in Benidorm, chances are that you’ll have been entertained by the fabulousness that is Miss Coco Chanel.

The man behind the make-up is Colin Brown. Originally from Scotland, Colin has now made his home in Benidorm.

As well as his love of entertaining, Colin also has a deep affection for animals. It’s a passion that has led him to establish Helping Coco – a rescue centre for equines.

I caught up with Colin for a behind-the-scenes look at Helping Coco.

When did you discover your love for animals?

I’ve always had compassion for animals. More so those that are in desperate situations – abandoned, neglected, or abused – those that have had a poor start in life or have fallen on hard times.

I would always walk our neighbours’ dogs, and I helped out at a local horse-riding stables. In return, they taught me how to ride and how to care for the horses.

We weren’t allowed pets as kids – I think I’m making up for it now.

What led you to establish the rescue centre?

It started when I found two abandoned horses – they were tied to trees without food or water. Sadly, one was too far gone and passed away about a month after we’d found her. I’d named her Coco – after my drag name. I couldn’t help Coco, but I wanted to do more.

That was the beginning, we’re now a charity called Helping Coco Horse Rescue.

Here in Spain, there aren’t many animal rescue centres – especially for equines. If the police are called about neglected equines, most of the time nothing is done – the police have nowhere to place them.

Now, with our charity, we’re able to work with the police and they can place neglected equines with us.

How does the rescue centre work?

Most of the equines have come to us from the police or through social media adverts.

Where someone’s circumstances have changed – financially, health issues, or death – then family members are often looking for someone to take the equines on.

I’ve been doing this for three years now. As more people get to know about the work we do, we get called in to help with rescues.

In Spain, you need a licence to be able to keep horses. We have a licence for a maximum of nine equines. That means that I must always re-home the horses if I’m going to be able to continue to help and rescue more.

Once the equines are in good health, they’re put up for adoption.

Most of my rescues are sent from Spain to the UK. In Spain, most horses are stabled all the time, so they don’t have a lot of freedom. In the UK, they’re generally held in a field. I always check that they’re going to a new home that can look after them – I get sent a monthly update to make sure that they’re okay. Each year, I go to the UK to check up on all the equines that I’ve re-homed.

What are some of the challenges with running the rescue centre?

I pretty much run the charity and rescue centre single-handed. I do everything – from mucking out everyday, feeding the horses, to fundraising and social media.

I struggle mainly with the website and social media, as I’m not very technically gifted. I also struggle to find the time to do it after working all day with the equines. But somehow I manage.

I have a good following from my drag work, and that’s trickled over to the rescue centre. I do get a lot of support in all I do, and I’m truly grateful for it.

How compatible is being a drag queen with running a rescue centre?

As I only work a few hours in the clubs in drag in the evening, it frees up my days for the rescue centre. But it does feel like I never stop.

Had I not done drag first, I don’t think I would have set up the rescue centre. I’ve done it because I was confident that I would get good support from my drag following. Thankfully, I have – if not, it would be so difficult to keep it running.

How can people support the work that you’re doing with the rescue centre?

People can donate vía my website or on PayPal. 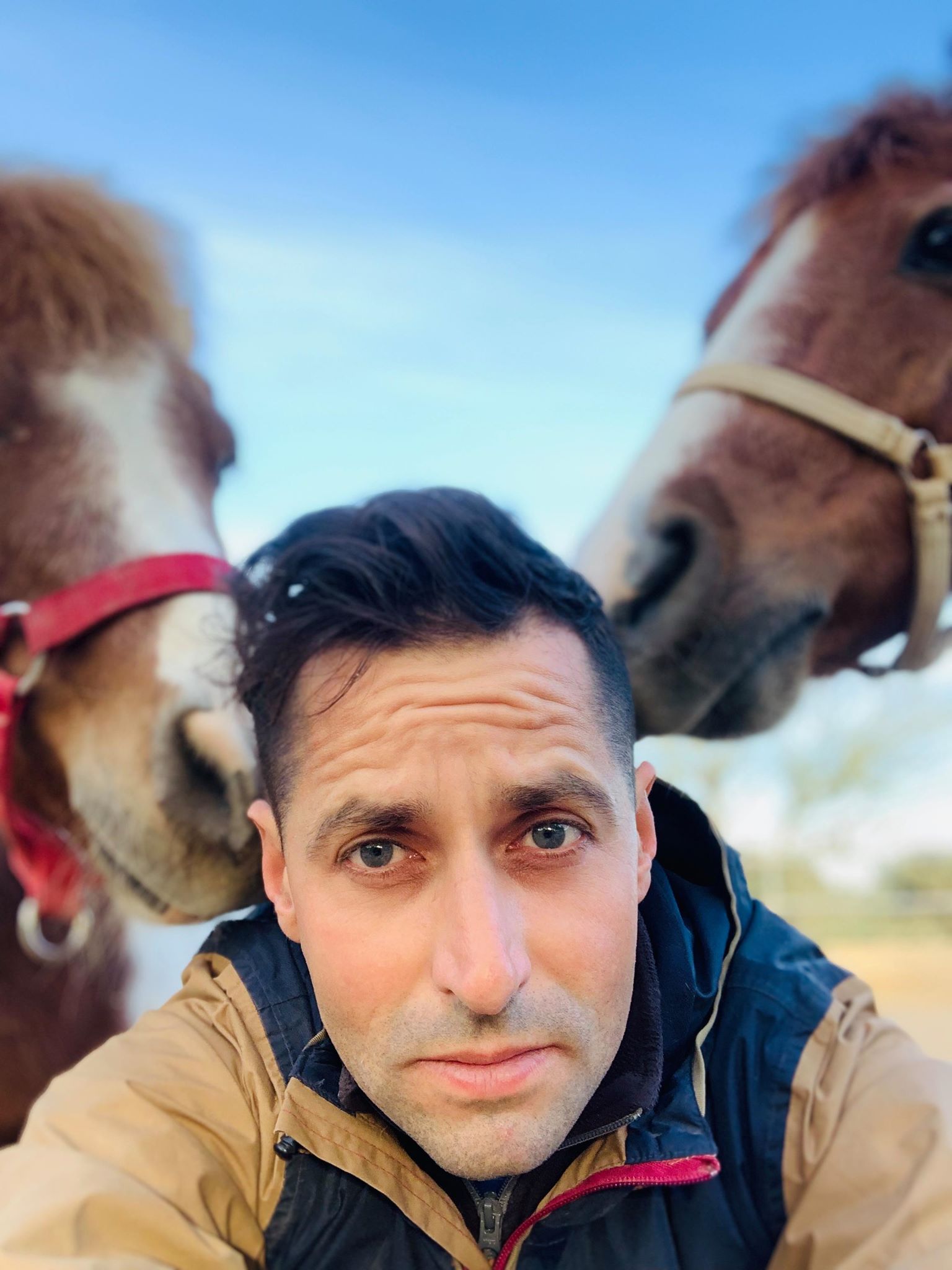 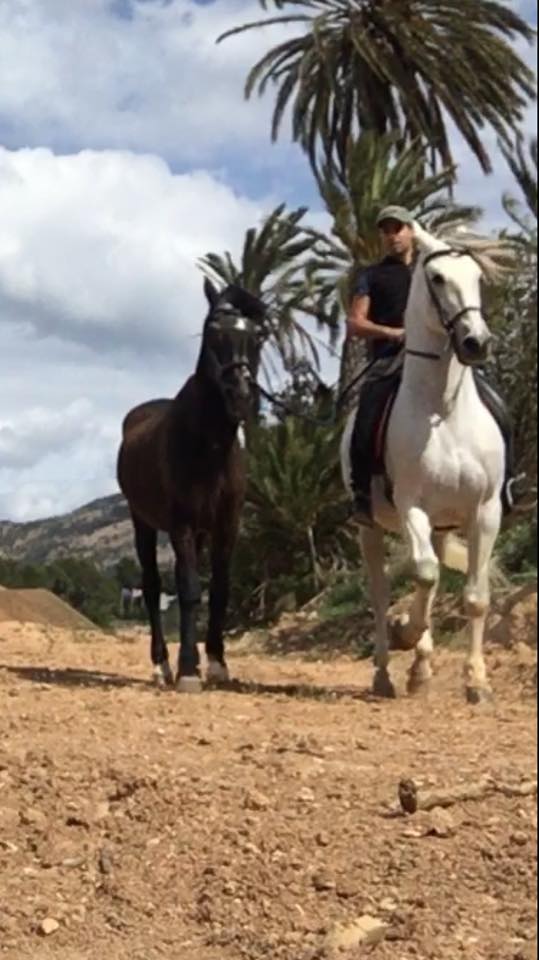 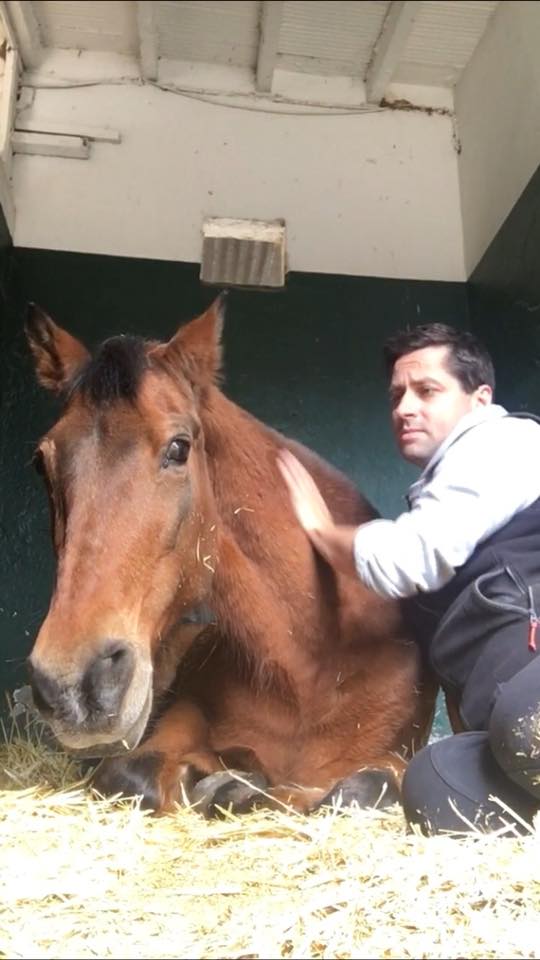 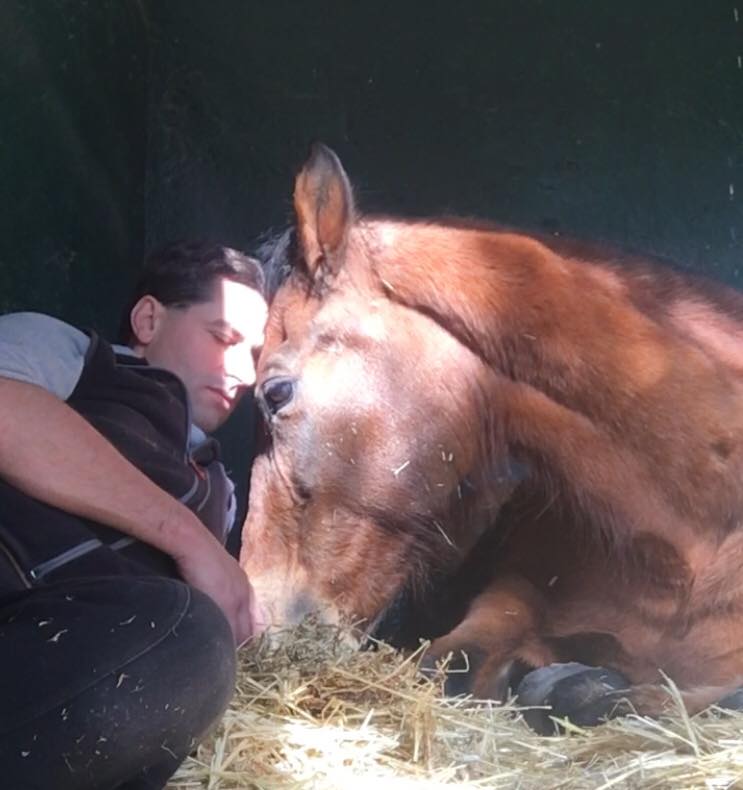 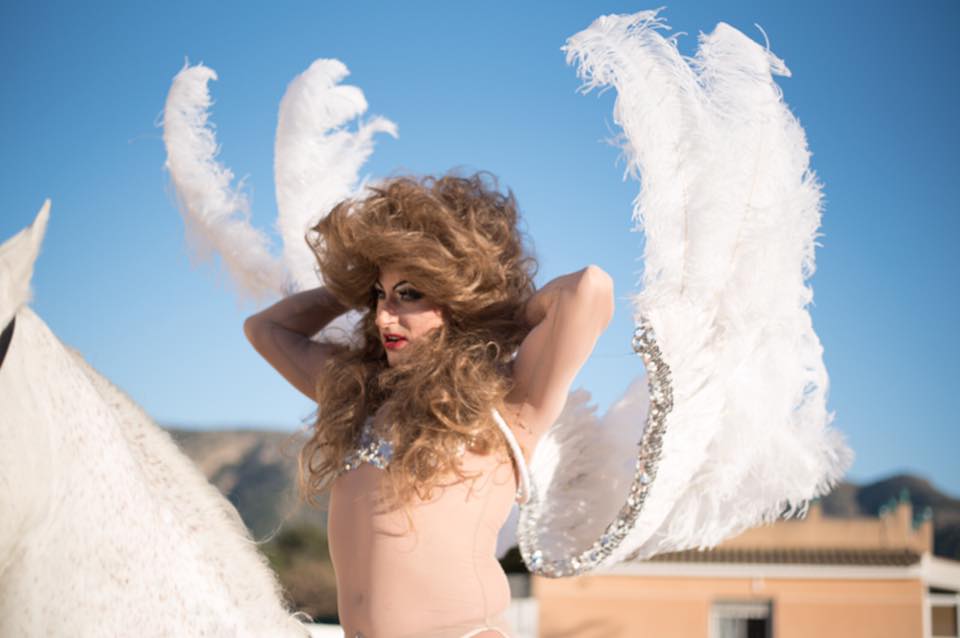 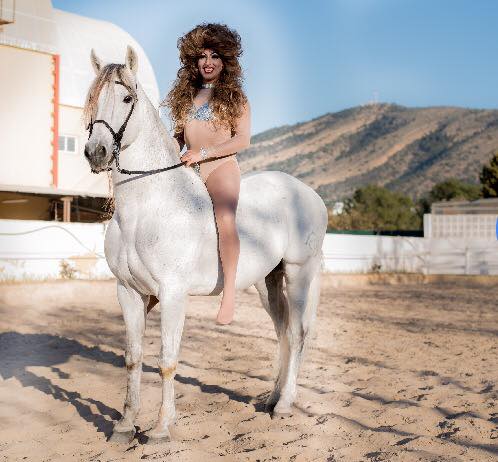 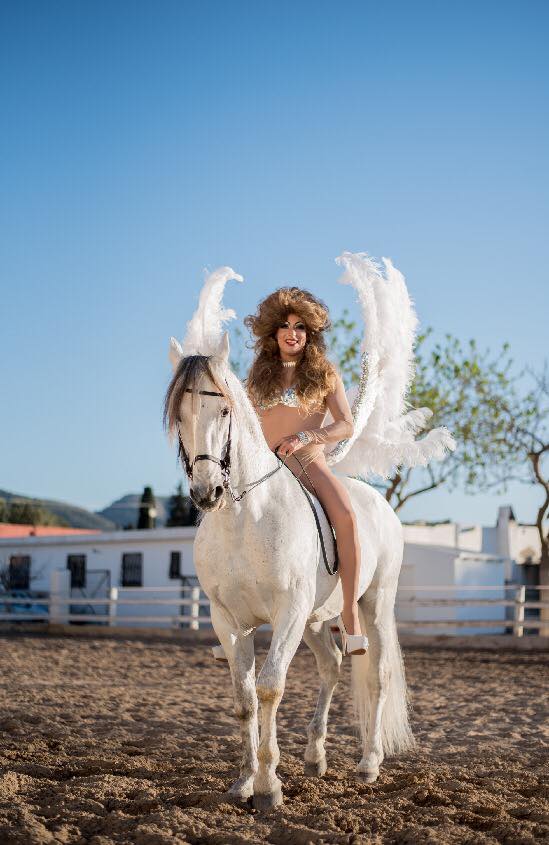 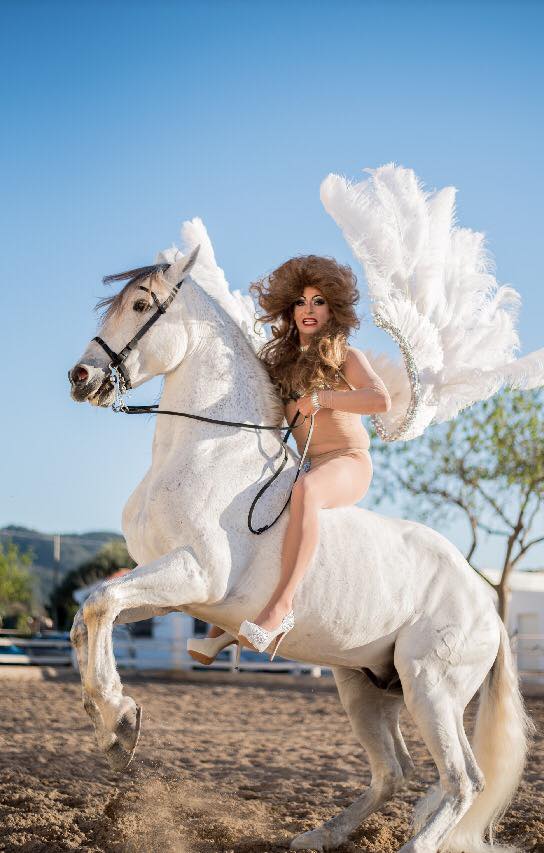 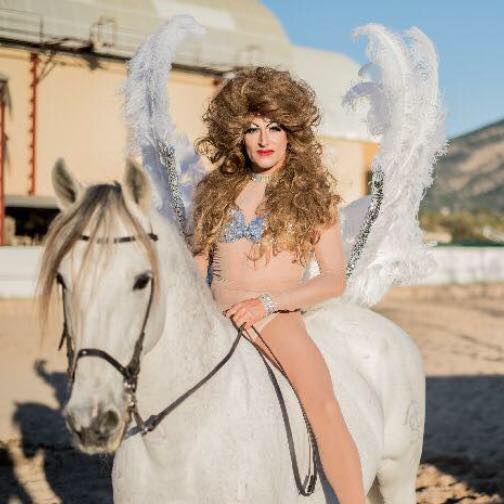 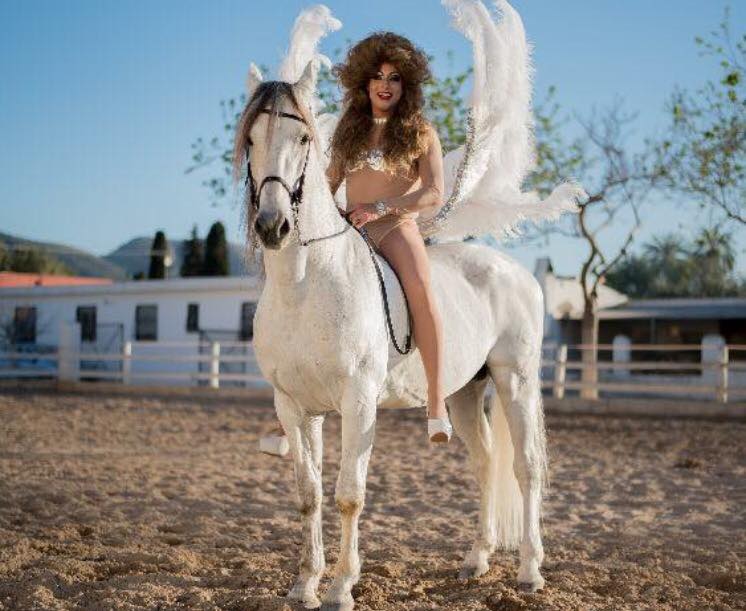 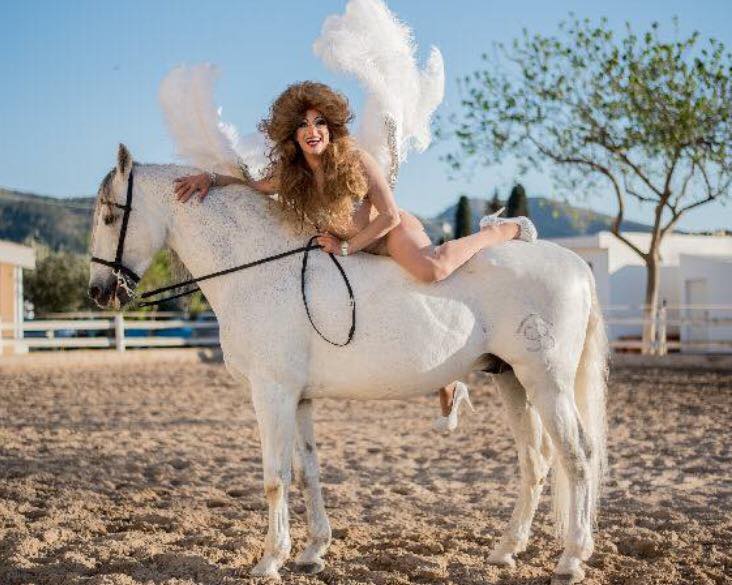 A Very Sunny Christmas is exactly the ...