The Shiny Shrimps is now on Netflix!

Inspired by his experience of joining a gay water polo team in Paris, filmmaker Cédric Le Gallo has created The Shiny Shrimps – Les crevettes pailletées – an affectionate and comedic look at the adventures of an LGBTQ sports team.

You can now watch the film on Netflix.

The film gives us the story of Matthias Le Goff – an Olympic champion nearing the end of his career – who makes a homophobic statement during a live post-race interview. To demonstrate that he’s not actually homophobic and to save his career, the swimming authorities require him to coach the Shiny Shrimps – a flamboyant and amateur gay water polo team – on their journey to compete in the Gay Games.

We caught up with Cédric Le Gallo for a behind-the-scenes look at the film.

“This film is inspired by my real-life gay water polo team…” explains Le Gallo. “It was a time when I didn’t really have any gay friends. I went to a training session and enjoyed the really friendly atmosphere. I went back for more and I was soon playing in tournaments. They became my best mates. Meeting them changed my life – I didn’t realise that being part of a group would be so important for me to blossom and accept who I was.”

“A couple of years after starting to play with the water polo team, I began to think about this idea for a film…” adds Le Gallo. “I quit my job and decided to write the movie.”

“While this story is fiction, all the spirit, the jokes, and the characters are very authentic…” confirms Le Gallo. “Some of the dialogue is taken directly from real life. When my teammates saw it for the very first time it was crazy – it was us but not exactly us.”

“As a teenager, I was really scared about doing sport…” says Le Gallo. “After being traumatised by the sporting experience at school, I didn’t play any sports until I was 30. With the macho, alpha-male atmosphere in the changing room – if you’re different, people make fun of you. But with the Shiny Shrimps, difference is celebrated. That’s helped me to become who I am.”

“The challenge  with the film was not to exclude the general audience from a world that they don’t know…” adds Le Gallo. “The film is an invitation to love the Shiny Shrimps.”

The toughest sport in the world

One of the consistent themes from interviews with the cast of The Shiny Shrimps is that they all found the water polo scenes very challenging. I asked Le Gallo if the actors had realised exactly what they were signing up for.

“Water polo is a tough sport…” says Le Gallo. “Most people think that you can stand in the pool, but you can’t – you have to move all the time. Even resting pose is movement. It doesn’t look so hard because all of the effort and the fighting is under the water – you can do pretty much anything you like as long as the referee can’t see it.”

“I play water polo, but I’m no champion…” adds Le Gallo. “I thought that if I can do it, anyone can do it. I underestimated how hard it would be for everyone to learn. Long days of filming in water were very challenging. Everyone was really exhausted.”

“When I was a child, I didn’t have a film or a TV series to explain things to me or to give me the keys as to how to live my life as a gay man…” explains Le Gallo. “Gay stories were always about drama and how terrible it is to be gay.”

“I think that it’s important that when you’re a kid or a teenager or a young adult, that you have positive role models, and heroes…” continues Le Gallo. “The Shiny Shrimps love their life. I wanted to say to the younger generation that it’s cool to be gay – your life is going to be great, you can have a family, a job, you can party, you can be a happy single guy if you want. You just need to find people who encourage you to be yourself.”

“This film is essentially a gay version of the TV series Friends…” adds Le Gallo. “I was a big fan of Friends. If every character in Friends had been gay, that would have helped me a lot.”

“Meeting the Shiny Shrimps changed my life…” concludes Le Gallo. “I hope that this film can also change the lives of people watching. 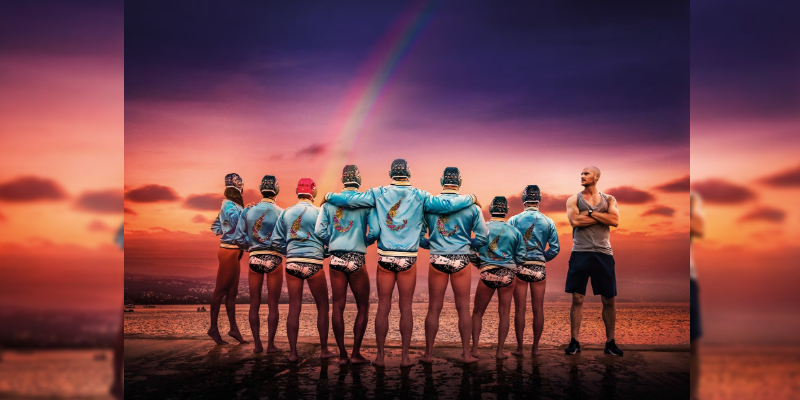 Do gay guys get prostate cancer?