JustFor.Fans has been an incredible platform for my husband and me, and it gave us an audience that I’m not sure we would have found without it. We didn’t plan for any of this to unfold in the high-voltage way that it has. We really just figured we’d put a few videos out and maybe we’d get a couple of subscribers. But, surprisingly, we discovered there’s a fairly large demand for real-life daddy couples who are open with their sex life.

As a result of our popularity, we’ve shown that we can reach a large audience and that people are interested in watching us fuck. Several studios have been eager to work with us but we haven’t done a couples scene for a studio yet.

I’ve been out there making a couple of studio scenes, and I’m really enjoying it. I have two studio scenes coming up in the next couple of months. Digger is a hold-out for doing a studio scene, but it’s still on the menu. If the right studio opportunity came along, then you’ll see us together on a studio project. My passion right now, though, is making JustFor.Fans content with Digger – that’s where my attention and focus is.

As a couple, how do you navigate sharing footage of your sexual escapades with the world?

Digger and I had a big wedding earlier this year – it was incredible. We’ve been together five years, and we’ve been completely open sexually the entire time. We’re both very turned on by each other’s sexual adventures and we love watching each other make a connection with another man.

Some people wonder if this stokes any insecurity or jealousy – for us, that just doesn’t happen. We’re deeply bonded to each other and we want each other to be happy. I don’t expect that I can be the sole source of sexual fulfilment for anyone, and I know that monogamy is not how either of us is put together.

I love seeing him film with other men – hell, I’ve been the cameraman for it! I really love watching him smile and I want him to be who he was meant to be. I have no desire to control his sexuality or him as a person – except perhaps how he folds towels!

We make it a point to be completely open about our feelings. If something bothers either of us – it does happen, we’re human – we talk to each other and work it out. Having honest and intimate communication is crucial for resolving conflicts. Fortunately, because we’re so open with each other, we tend to move through conflicts fairly quickly – we resolve them and move on.

There are some things we don’t film – not much, but some. Usually it’s because we just didn’t think to pull a camera out, or something is happening spontaneously and we didn’t want to bust the vibe by pulling equipment out. There are some moments that are just meant to be private and off-camera. We also hook up with guys that don’t want to be filmed and we’re cool with that. We don’t expect everyone to be okay with having their cock or ass on film.

We don’t seem to have trouble finding guys, which I think can be traced to our overall philosophy – to be kind, authentic, and fun. It helps that we’re a tatted muscle-daddy couple – there’s an appeal to that that guys seem to like.

Plus, our cameraman and editor – Norbert Szeman – is very talented and he makes everyone look great. Because of this, we deliver a final scene that most guys can’t achieve with just their phones.

Put all this together, along with the ProAm style we’ve adopted, and it makes it sort of a no-brainer for other models.

As far as guys that just fuck and film with their phones, I think the ubiquitousness of cameras and phones have made people much more comfortable with being filmed having sex – it’s not such a big stretch for someone to say, “yeah, I’ll film with you guys!” We get a lot of non-studio guys who’ll happily jump in front of the camera with us.

Digger is probably my biggest hero and inspiration. He was the catalyst for all of this, and he’s been incredibly supportive throughout the process – including me doing studio films.

Jack Mackenroth has probably had the biggest hand in putting Digger and me on the map. We shot our first two scenes with him, and his star-power catapulted us in a way we didn’t anticipate. Our second scene – 4-Way Slingfuck – won a Raven’s Eden award for best Web Scene, winning over every studio scene that was nominated with it. Jack really put us on the map and I’m incredibly grateful for all of his support.

My favourites are briefs and jockstraps – anything that shows off my package and ass! NastyPig, Fort Troff and Cellblock13 are my favourite brands – they feel good and fit great on my body.

I generally don’t wear underwear to the gym – I’m usually free-balling there.

As far as other guys go, I don’t pay much attention to the underwear that they wear – I’m more interested in getting them off their body.

We’re just playing all of this by ear and letting it unfold without too much control over the end-point.

We do have some projects in the works and I’m thinking what long-term goals this can help us achieve. But so much has happened so fast, we’re really just getting caught up with it.

There are a few more studio scenes I have coming up, so you’ll continue to see more of me and Digger in the near future. 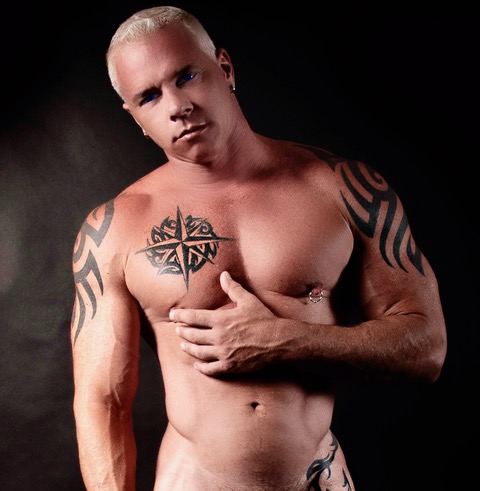 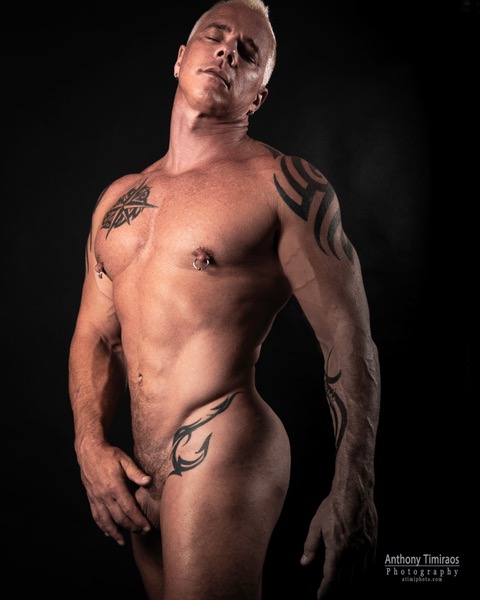 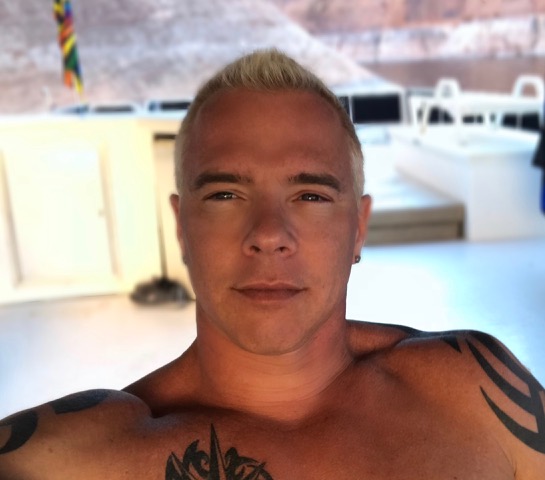 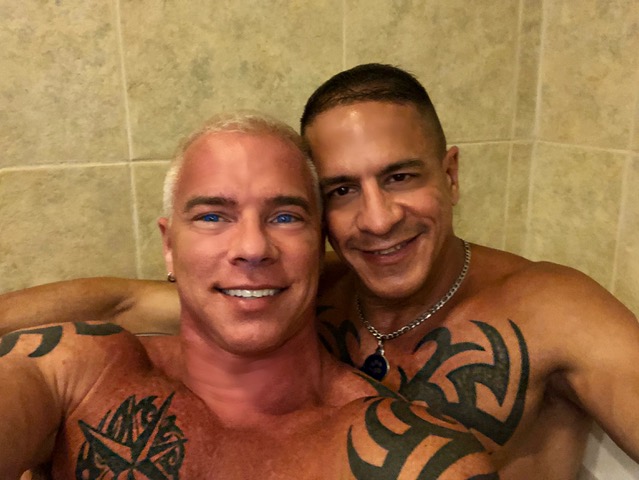 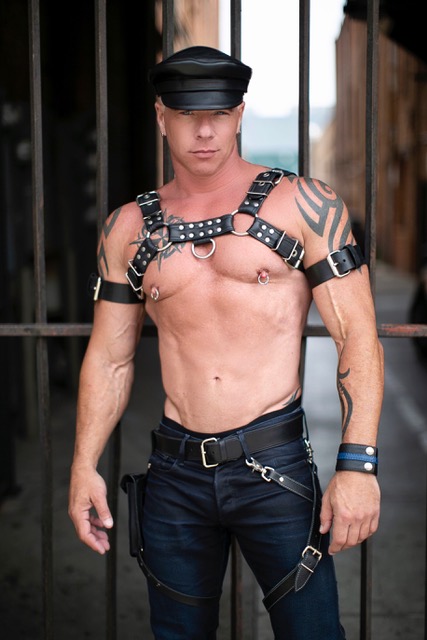 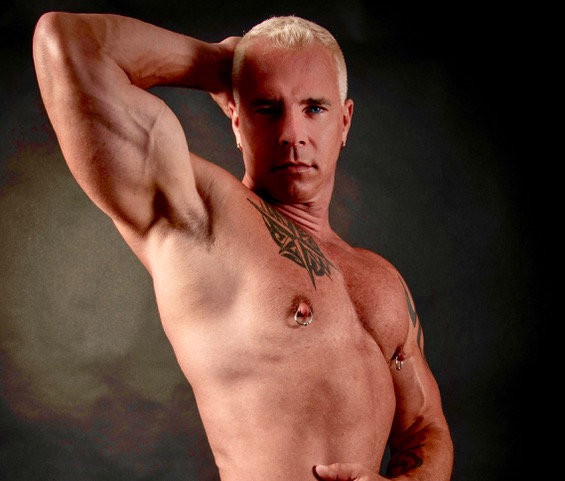 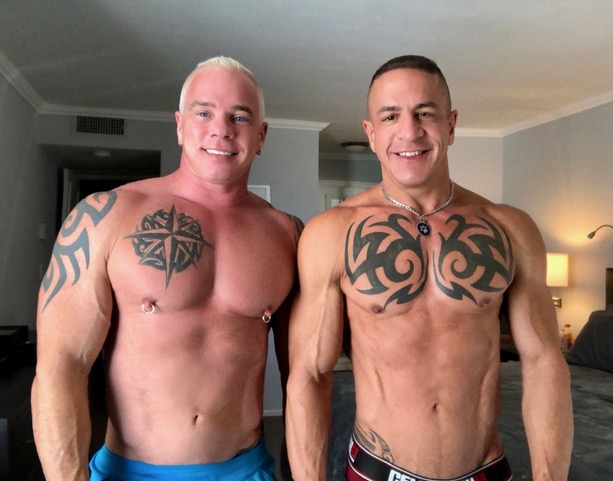 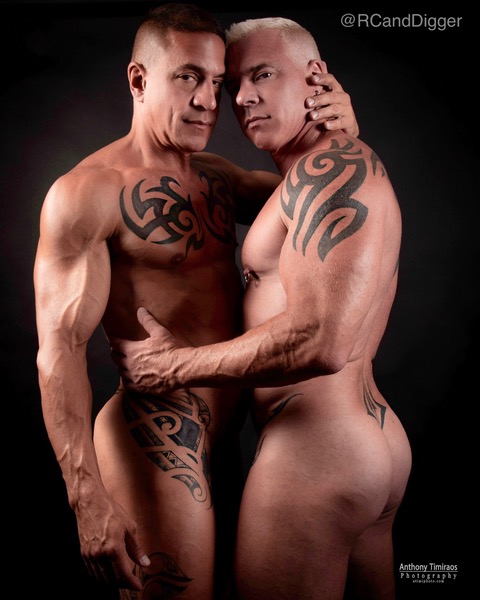