I once met a gay, white American tourist at a bar in Bangkok who, like so many before him, made everything about race. Unsurprisingly, once he had my attention, he felt compelled to share the racial dimensions of his sexual inclinations.

As he leaned in, I braced myself for more of the same old, same old:

“I’ve never been with a black man.”

“I’ve always wanted to be with a black man.”

“Is it true what they say about black men?”

I’d been hearing the song and dance of gratuitous racial profiling and sexual objectification since leaving the United States years earlier to live abroad in countries where black wasn’t just a minority but a true rarity (first Argentina, then Australia, and finally – at the time – Thailand). However, the gay, white American tourist’s variation on the oh-so-familiar theme came with a twist.

“I’m into Asians and black guys,” the farang said to me, as if he were the first white person ever to utter those words. Then, the kicker: “I’m not attracted to white guys at all.”

Sexually and romantically speaking, they were virtual non-entities to him. He barely noticed them.

He wasn’t the first GWM I’d encountered with a distaste for anyone lighter than beige. I’d been wined, dined, and pursued by so many who had gone black and had no intention of ever going back. But for those guys, the no-whites dating policy was always heavily implied, never stated out loud.

This GWM, though, was different. He spoke with such obvious pride and gave me a look laden with great expectations, as if it was my ethnic duty as a gay black male to admire his excellent taste in men.

The subtext of his words and chest-thumping tone was clear: How cool – and how sexy – that he was so open-minded! But does someone with a truly open mind take an entire race – even the one that’s normally most-wanted among gay men pretty much everywhere – put it into a box, and toss it into the dumpster?

I wasn’t impressed. Nor did I jump for joy because his predilection for Asian and black meant I had a shot with him. I was turned off in the way I generally am by so-called “rice queens” and “chocolate queens” (distasteful tags gay men invented to describe players with limited taste). Why did the crux of his desire or lack of it have to be race?

It was too easy to sub “black guys” with “white guys” in his first sentence and “white guys” with “black guys” in the second to reflect a status quo that had made me a second-class gay for most of my adult life. I didn’t want to be in a first class where the price of admission was being a certain race, even if it was my race. There might be extra legroom there and a gourmet meal, but I would prefer to travel through life without colour-coded seating.

“In other words, your penis is racist,” I said, waiting for the age-old excuse.

The truth about cats and dogs

Only it wasn’t just a preference. If someone were to say, “I like dogs better than cats,” that would qualify as a preference – just a preference. It wouldn’t rule out cats and file them under “pointless,” even if the speaker secretly thought they were. The takeaway would be that given a choice, he or she would pick a dog over a cat.

“I love dogs, but I don’t like cats,” however, is more than a declaration of preference. “Dogs only!” is a rejection of feline. If you’re going to build a blockade over something as loaded as race, there’s no spinning it as being harmlessly neutral.

“I don’t like white guys” or “I’m not attracted to white guys” – whether a white or a non-white person says it – is a cop-out. I put any gay man who would announce it publicly in the same category as the ones who put “No Asians/blacks” in their dating-app profiles.

Gay black men sometimes declare their beds and their hearts a no-whites zone, too, but there’s often knotty psychology at work there. For many, it’s a conscious or subconscious reaction to lifetimes spent being devalued by white people – preemptive dismissal as armour. At the beginning of a year I spent based in Cape Town, a Zimbabwean friend who lived there told me that many of his black African friends were so tired of being rejected by white South Africans that they made a point of wading in the black dating pool only.

Blanket rejection of white men by white men, though, is generally more aesthetic. “Caucasian,” though, covers such a massive range of looks and nationalities (including, technically, Latinos –  and I’ve yet to meet a gay man of any colour who wouldn’t give them the time of day or night) that to say you aren’t attracted to white men at all suggests that you’re barely bothering to glance at them. You might be so determined to cling to a “preference,” dismissing “white” out of hand, that you’re not seeing individuals, only race.

“Racist” is just a word

Is that racism? Who knows? Who cares? I don’t – not anymore. It’s a tiresome debate, and I’m over people like Roseanne Barr, Morrissey, Donald Trump, and their apologists trying to deflect criticism over racial comments and ideas by focusing solely on one word. It’s a defence tactic that diminishes complex issues and postpones real self-examination.

Call it what you want – or don’t call it anything at all. Racial comments and ideas don’t have to be “racist” to be objectionable and offensive.

Anyone who has spent a significant amount of time living in the real world should know that race, unlike dogs vs. cats, is a conversation minefield. Creating hierarchies of sex appeal based on race is like playing with a loaded gun. If one must qualify Mr. Perfect to someone who has most likely spent his entire life being judged and/or discriminated against because of the colour of his skin, there are plenty of criteria that don’t depend on race.

I could have lived with “I prefer brunettes to blonds,” or even “I’m not into blonds.” I might be guilty of having said the latter myself once or twice in passing. People like to defend racial sexual and romantic inclinations by equating them with favouring a certain hair or eye colour, but that’s ridiculous. How we react to race is not on par with how we respond to hair and eye colour.

I’m pretty sure the cliched assertions that “gentlemen prefer blondes” – which happens to be the title of a classic 1953 Marilyn Monroe movie – or that “blondes have more fun” (used by Rod Stewart as the title of his multi-platinum 1978 album) haven’t left scores of brunettes feeling unwanted, unloved, and un-fun. But consider what would happen if race replaced hair hue. How would the world respond to a movie called Gentlemen Prefer White Women or an album titled Whites Have More Fun?

Black and white vs. white on blond

We can’t help what we like and what we don’t like, but we owe it to our self-awareness to try to understand why, especially when it involves something as significant as an entire race. Ignorance is bliss only because it creates a fake safety zone where you don’t have to risk disturbing the peace with inconvenient thoughts.

I’m not interested in policing lust. I don’t expect anyone to start sleeping with people they aren’t attracted to just to be politically correct. But to me, few things are sexier than diversity in desire. Black and white doesn’t have to preclude white on blond – or any other colour combo. In fact, they’re hottest when they all can co-exist in the same bed. 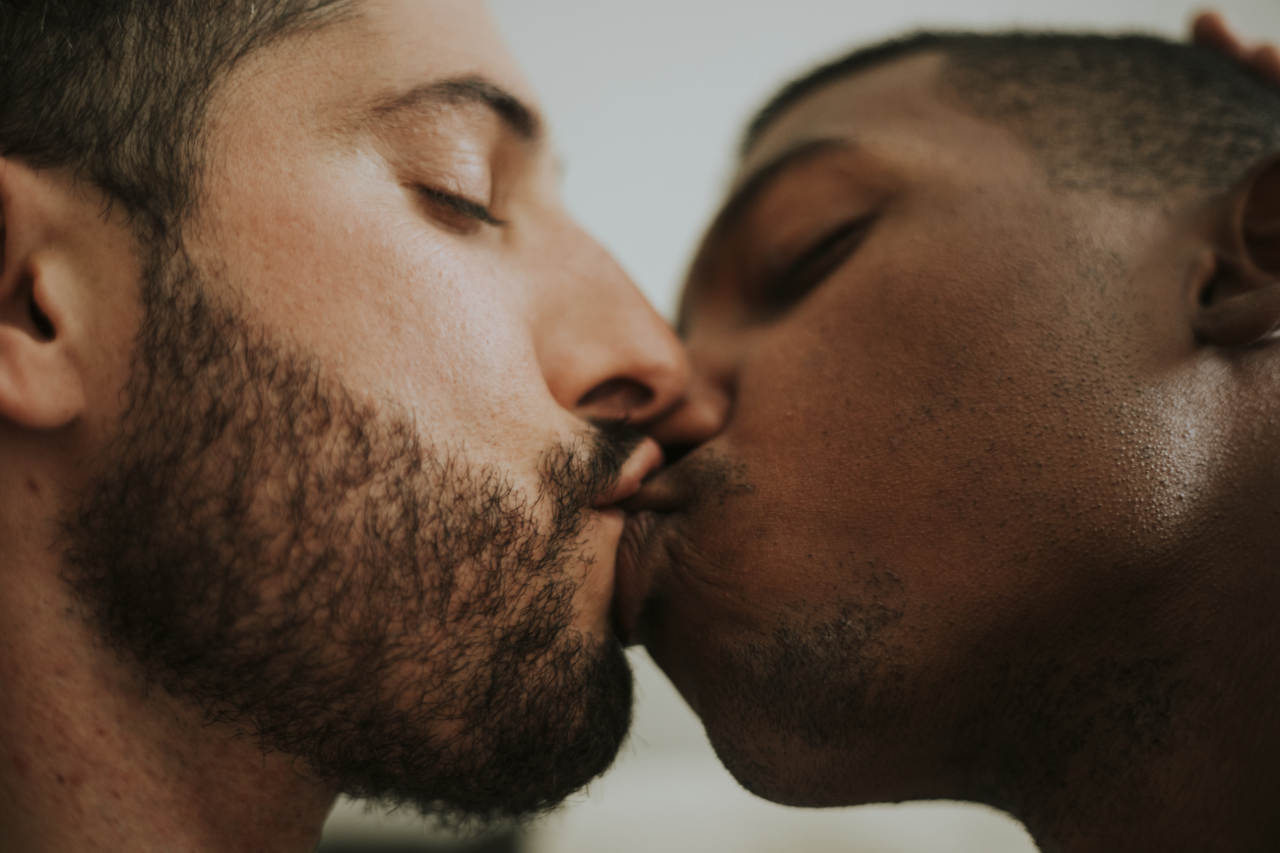 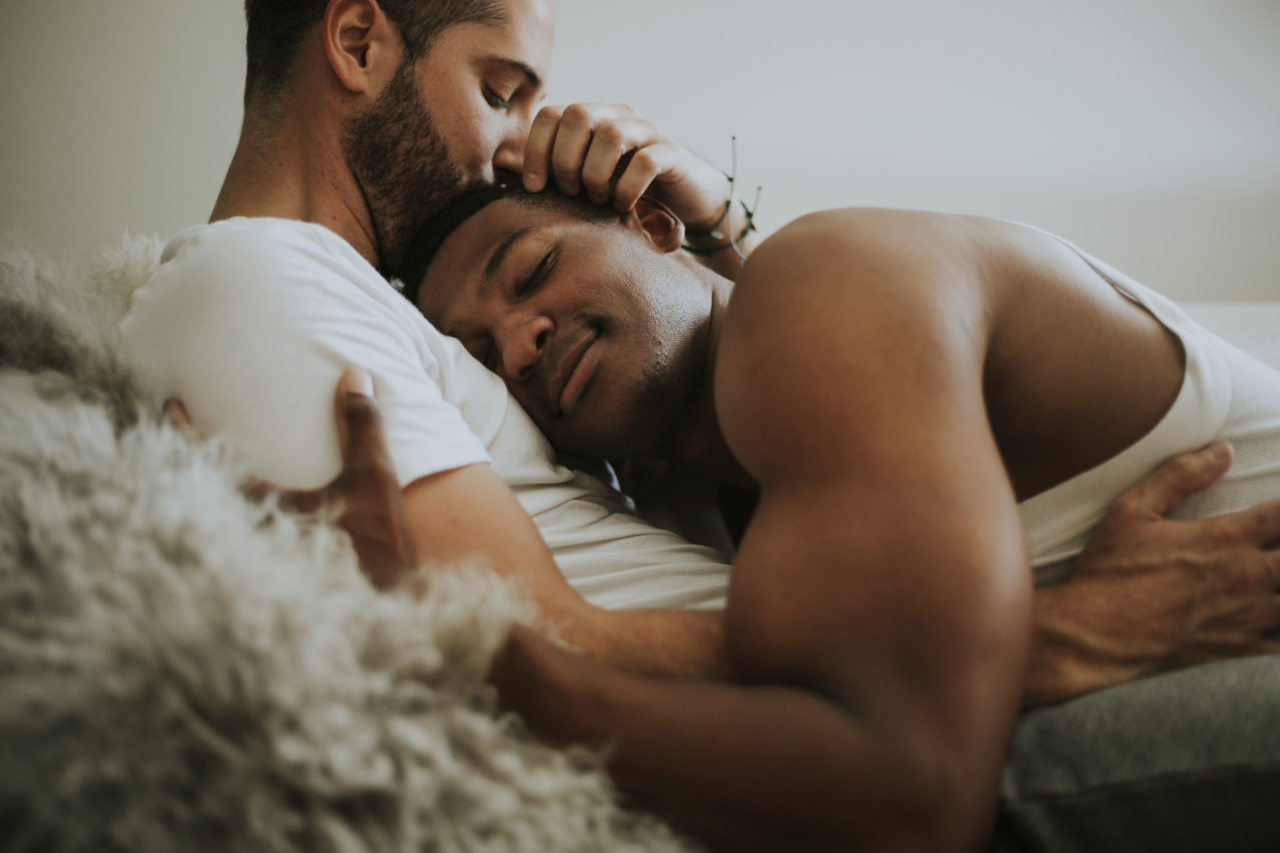