Features
Home›Features›Opinion: Leonardo da Vinci was gay – we can’t allow this to be erased from history

Opinion: Leonardo da Vinci was gay – we can’t allow this to be erased from history

It’s difficult to resist judging a book by its cover.

Leonardo is an eight-part series that will be released on Amazon Prime on 16 April.

Will it be worth watching? Well, we haven’t had the benefit of a preview – all we’ve got to go on is the trailer and some advance reviews in UK publications.

While there’s clearly a market for period dramas and the intrigues of the Renaissance era, basing a series around da Vinci seems a bit of an odd choice when you’re catering to an audience looking for the next Poldark or Bridgerton.

Da Vinci is an odd choice because he was a gay man. Contemporary reports tell us that da Vinci surrounded himself with an entourage of good-looking young men – they were his assistants and pupils – he dressed them in luxurious and extravagant outfits, and drew extremely sensual male nudes.

The innovative solution that the filmmakers of this series have come up with is to play a bit fast and loose with the facts. In the series, Leonardo (Aidan Turner) discovers his muse – a woman called Caterina da Cremona (Matilda de Angelis). The drama is anchored around an allegation that Leonardo poisoned Caterina.

No one is shocked that the filmmakers are playing a bit fast and loose with the facts – it’s a fiction based loosely on an historical character.

The advance reviews confirm that da Vinci’s “ambiguous sexuality” is alluded to, and that the filmmakers haven’t created a romance between Leonardo and Caterina. Digital Spy’s review reassures us that the series “is serious fare about a serious artist whose true love wasn’t a man or a woman, but with art itself.”

That’s the bit that frustrates me. We’ve got a drama series about possibly the most influential gay man in history, and what’s presented is a desexualised version. We’re somehow expected to accept that we can separate a man and his work from the reality of who he was as a person.

How queer was da Vinci?

While he was creating masterpieces, Da Vinci was shagging boys in his workshop. By all accounts, most of the artists in Florence were. In 1432, the authorities in Florence set up an agency called the Office of the Night to try and investigate all the allegations of sodomy that were being made. Analysis by historians of the records of the Office of the Night confirm that “the majority of local males at least once in their lifetimes were officially incriminated for engaging in homosexual relations”.

Da Vinci inevitably attracted the attention of the Office of the Night – he appeared before a magistrate in 1476, accused of sodomy. Apparently he’d been caught having sex with a well-known male prostitute.

Da Vinci wasn’t just some introverted genius who painted religious masterpieces, he was as complicated and messy and sexed-up as the rest of us.

Does it matter that we get a desexualised version of da Vinci on our screens?

There’s no point getting angry with the filmmakers behind Leonardo, the series – units have to be sold, content needs to find its audience. While there’s probably a strong case to be made that the Bridgerton/Poldark audience would be very up for seeing Aidan Turner getting hot and sweaty in a bit of man-on-man action, that’s probably not going to get the green light from whoever is putting up the money.

Visibility matters. Representation matters. It’s really important that young queer kids today know that they have just as much potential for genius and greatness as Leonardo da Vinci.

While they’re not going to get that message from this series on Amazon, we all have an obligation to keep telling that story.

Leonardo da Vinci was a massive bender. That didn’t hold him back – his sexuality wasn’t a disadvantage or something to be ashamed of – it’s an intrinsic part of what made him great. 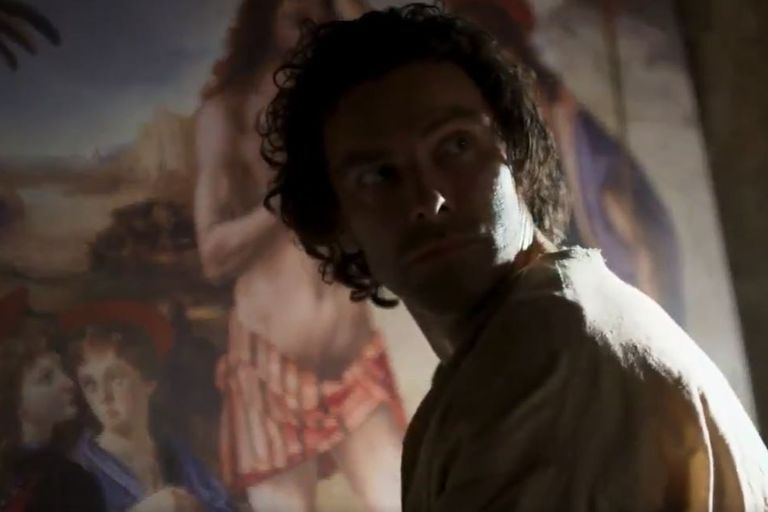 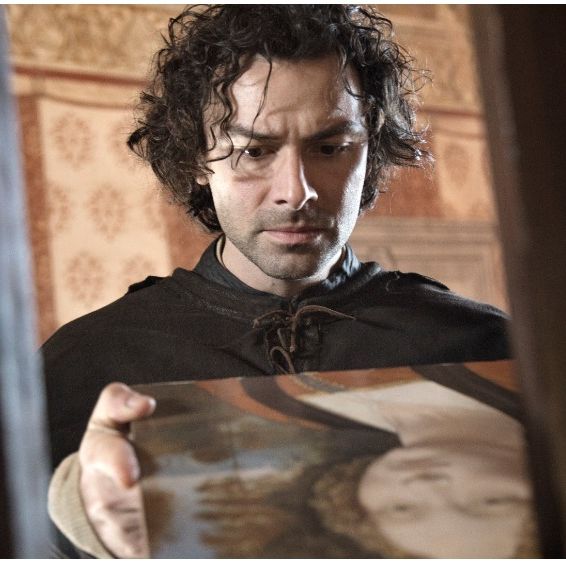 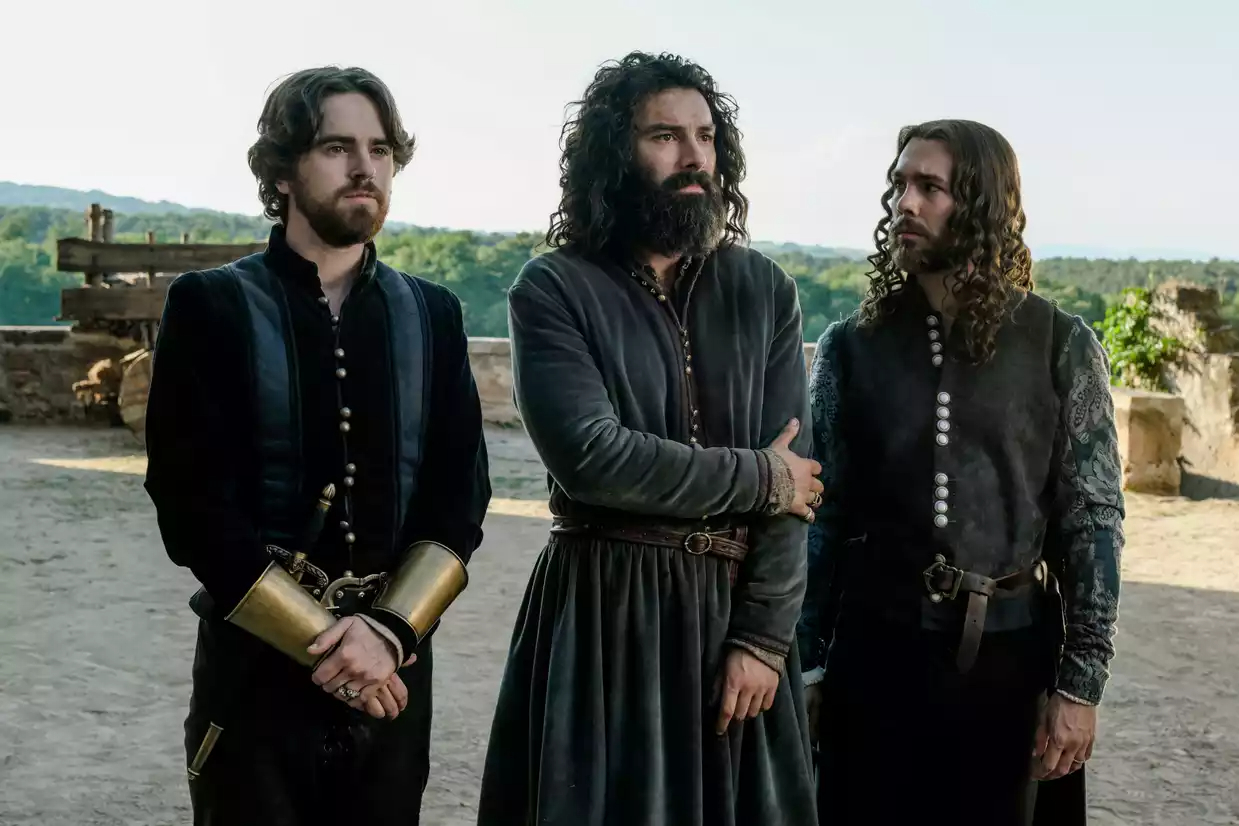 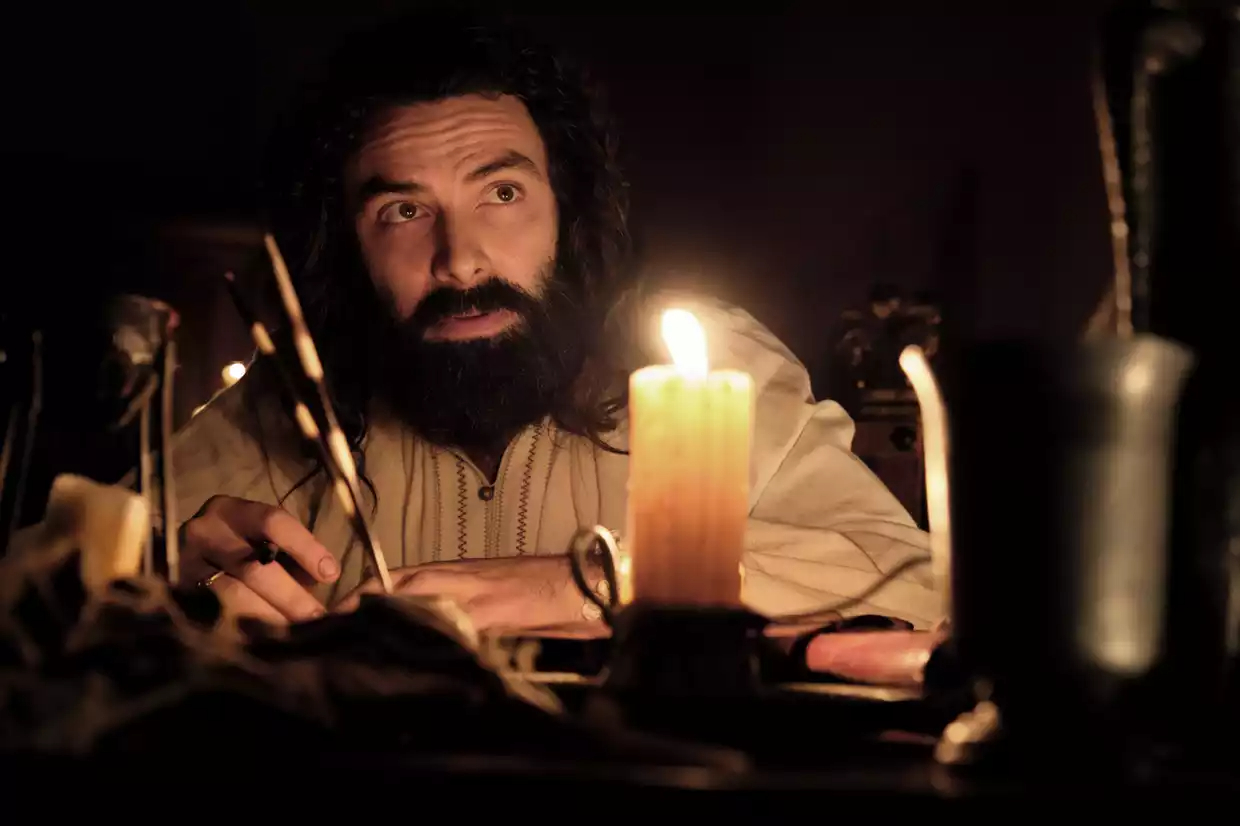 Who was Leonardo da Vinci?

Widely considered one of the greatest painters of all time, Da Vinci’s most widely-recognised works include the Mona Lisa, The Last Supper, and the Vitruvian Man. Although he worked prolifically, only 15 of his original paintings are in existence.

Born in 1452 in the Tuscan hill town of Vinci, Leonardo was the out-of-wedlock son of a wealthy notary and a local woman.

Leonardo was primarily raised in the household of his father, in the lower valley of the Arno river.

At the time, this was part of the territory of the Medici-ruled Republic of Florence.

Around the age of 14, Leonardo began working towards an apprenticeship in the workshop of Verrocchio, who was the leading Florentine painter and sculptor of his time.

By 1472, at the age of 20, Leonardo had qualified as a master in the Guild of Saint Luke – the guild of artists. Leonardo’s earliest-known dated work is a 1473 pen-and-ink drawing of the Arno valley.

The commissions began to flow, as did the patronage of the Duke of Milan and the Medici family of Florence.

It is generally assumed by historians that da Vinci was gay.

Court records of 1476, when Leonardo was aged twenty-four, show that Leonardo and three other young men were charged with sodomy in an incident involving a well-known male prostitute.

Two of Leonardo’s significant relationships appear to have been with his pupils Salaì, and Melzi.

According to reporting by The New Yorker, Salai’s full name was Gian Giacomo Caprotti. Leonardo gave him the nickname Salaì – Little Devil. He was ten years old when he entered Da Vinci’s workshop. Described as a poor boy of extraordinary beauty, Salai was brought in as a servant. He modelled for Da Vinci and was trained as a painter.

Francesco Melzi is remembered as being a total contrast to Salaì. Melzi was aristocratic, educated, serious, and devoted to Da Vinci.

During his lifetime, Leonardo’s fame made him a favourite across the courts of Europe.

Across the centuries, interest in his work has never diminished, and today crowds queue to see his art.

Great Ideas for a Night Out in ...