Marriage Equality is now a reality in Northern Ireland, and a Belfast couple have been the first to exchange vows since the change came into effect.

Robyn Peoples and Sharni Edwards held their wedding ceremony in a hotel in Carrickfergus, County Antrim – the first same-sex couple to get married since Northern Ireland came into line with the rest of the UK.

The Guardian reports that the date of their wedding marked the sixth anniversary for Peoples and Edwards. The couple had initially booked the event as a civil partnership ceremony, but once it became clear that Marriage Equality would become a reality, they changed their plans to have a wedding.

Speaking after their wedding, Edwards thanked the activists who have campaigned for Marriage Equality in Northern Ireland.

“For Northern Ireland, we need to be the face of the people to show everyone it’s OK…” added Peoples. “We fought so long and hard for this opportunity to be seen as equal and now we are here and it’s just amazing.”

“We feel humbled that our wedding is a landmark moment for equal rights in Northern Ireland…” said Edwards. “We didn’t set out to make history – we just fell in love. We are so grateful to the thousands of people who marched for our freedoms, to the Love Equality campaign who led the way, and the politicians who voted to change the law. Without you, our wedding wouldn’t have been possible. We will be forever thankful.”

How did we get here?

One of the complexities of the UK, from a political and legal perspective, is that much of government and legislative powers is devolved to the national assemblies. That means that on some issues, you can have different laws in Scotland, Wales, and Northern Ireland.

When it comes to LGBTQ people, these regional differences have been particularly apparent on the question of marriage equality.

Marriage is one of those areas of law that is devolved. Decisions about marriage are not made by the UK government on behalf of the entire country, but each national assembly has the power to make relevant decisions.

As the clock passed midnight and 22 October began, Northern Ireland’s LGBTQ community finally got the same rights as everyone else in the UK – Marriage Equality became law.

It’s a victory for the LGBTQ community of Northern Ireland, and it’s one that they’ve spent years campaigning for. However, there is a sense of anti-climax with this victory. Unlike the referendum that was held in the Republic of Ireland, or the plebiscite of Australia, Northern Ireland adopted Marriage Equality by default. Because the devolved Parliament of Northern Ireland has been locked in a dysfunctional stalemate, there was no one that was able to vote for it or against it, it just happened.

How did change happen?

Although a new power-sharing deal has recently been struck, the Northern Ireland Assembly – the legislative body that governs Northern Ireland – has been suspended and inoperative for a period of three years.

The political dysfunction in Northern Ireland arose due to a dispute between the main political parties. This meant that there was no functioning authority in place that could vote on those areas of law that have been devolved to it.

In July 2019, the UK House of Commons – the lower chamber of Parliament – voted in favour of a bill that required the Government to liberalise abortion and extend same-sex marriage to Northern Ireland if devolution was not restored – that is, if the Northern Ireland Assembly remained dysfunctional and suspended.

The vote was part of a Commons debate aimed at keeping Northern Ireland running in the absence of devolved government – the main purpose of the original bill was to extend the government’s legal power to delay a fresh election in Northern Ireland.

Members of Parliament – led by Stella Creasy and Conor McGinn – used the opportunity to table a series of other amendments, arguing that issues such as access to abortions and same-sex marriage should not be stalled due to the lack of a devolved legislature.

The vote in relation to same-sex marriage was passed by 383 votes to 73. The vote on ensuring access to abortion was also passed.

The deadline for the Northern Ireland Assembly to be restored and take back control of the legislative process on both same-sex marriage and abortion was 21 October. Despite some last minute attempts by the DUP – who were particularly motivated to try and prevent any liberalisation of access to abortion – the deadline passed and the Westminster legislation came into effect.

A disconnect between Northern Ireland and the rest of the UK – when it comes to LGBTQ equality – is not a new thing.

In 1967, when partial decriminalisation of homosexuality was introduced to England and Wales, this did not apply to Northern Ireland.

It wasn’t until 1982, when a decision by the European Court of Human Rights found that the criminalisation of same-sex sexual activity by Northern Ireland was in breach of the European Convention on Human Rights, that the UK government was forced to step in and pass the necessary legislation to legalise homosexuality.

In 2015, the UK Parliament passed the Civil Partnership Act. This legislation applied to people living in Northern Ireland because it was not a devolved area of law. Civil partners are entitled to property rights, tax benefits, and parental responsibilities.

Northern Ireland is generally seen as a socially conservative part of the UK. Religion plays an important role in day-to-day life, and over the years there has been a lot of public opposition to any moves towards LGBTQ equality.

Before now, there were five attempts to introduce the legislation required for Marriage Equality into the Northern Ireland Assembly – the most recent being in 2015. The complexity of politics in Northern Ireland means that the Democratic Unionist Party – a political party that is particularly conservative on social issues – was able to veto the 2015 vote on the legislation, despite there being a parliamentary majority in favour. Polling suggests that there is a public opinion majority in favour of marriage equality. 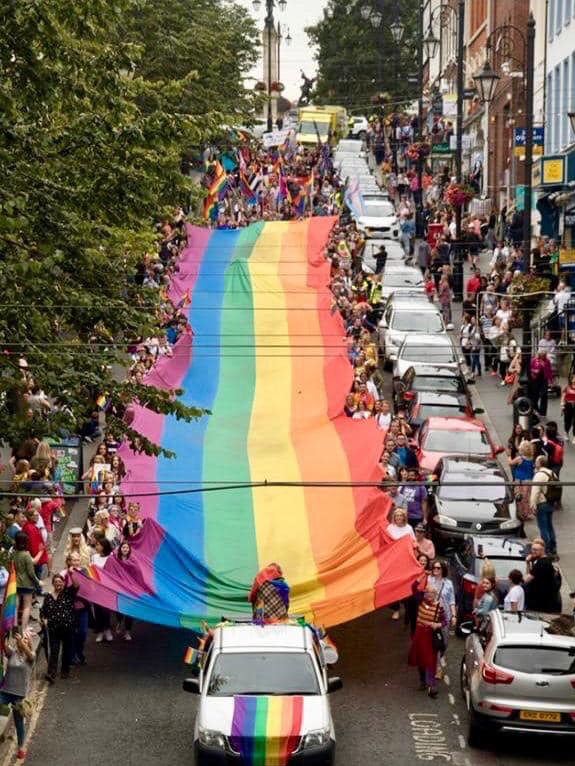 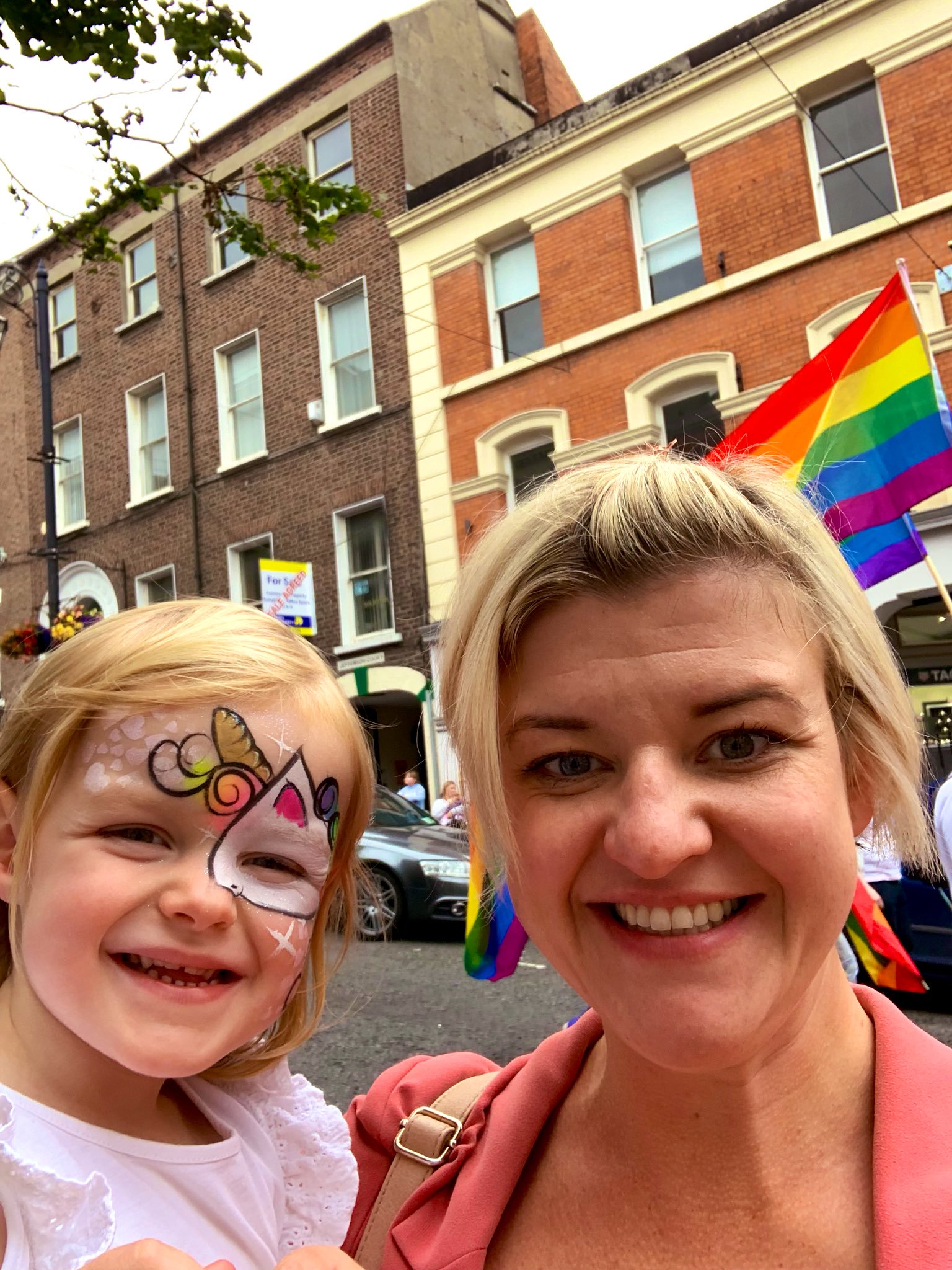 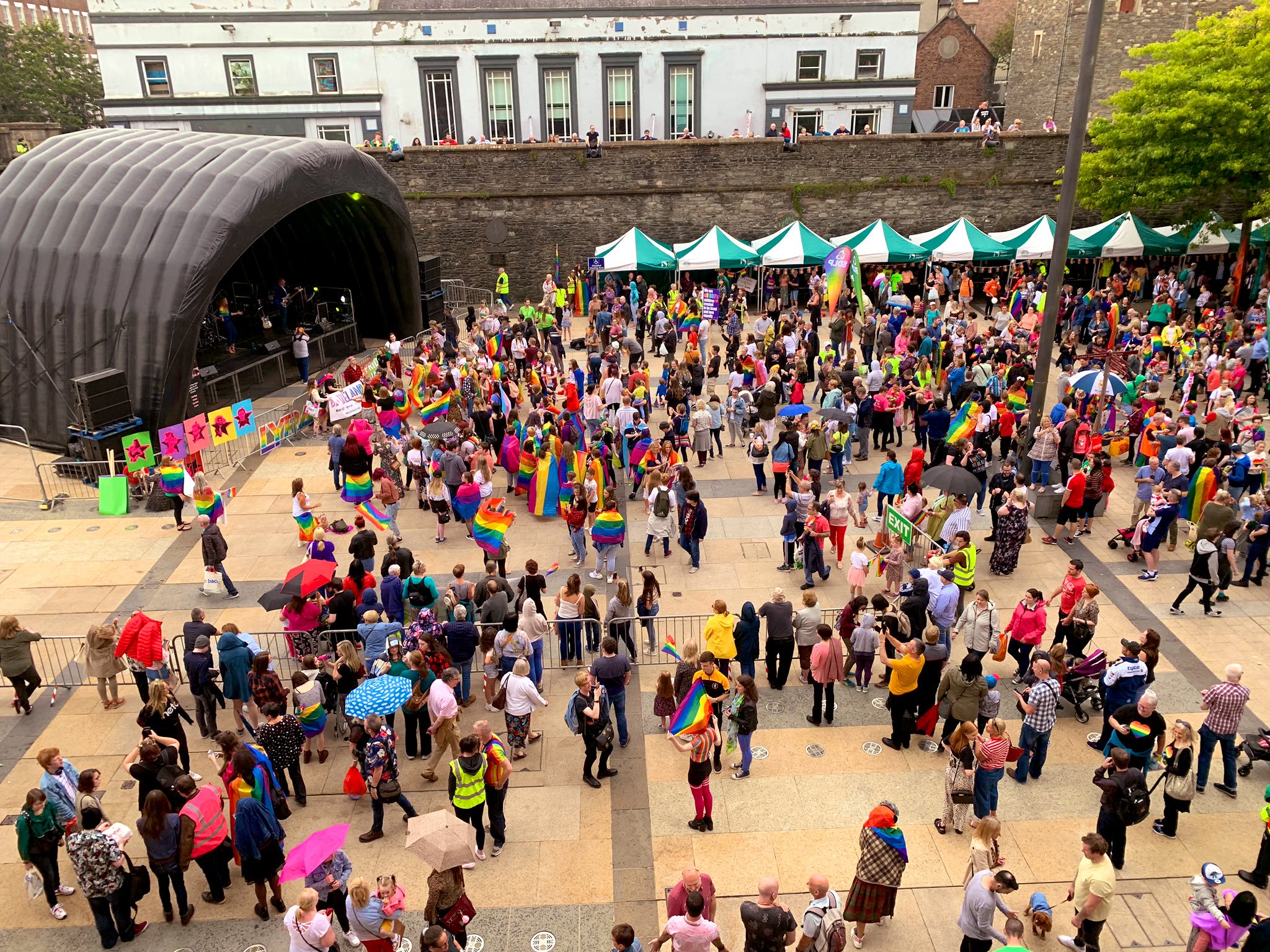 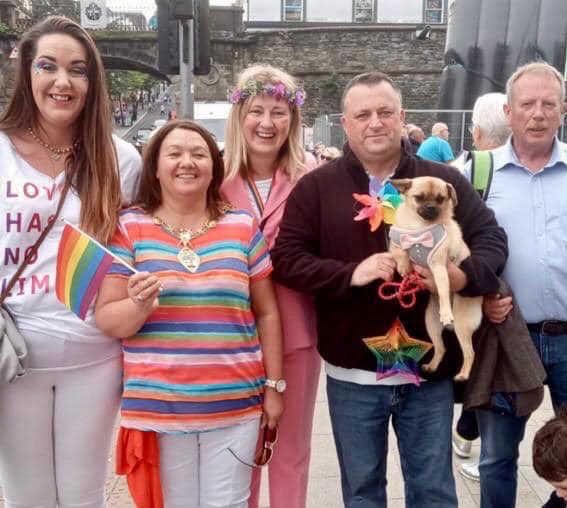 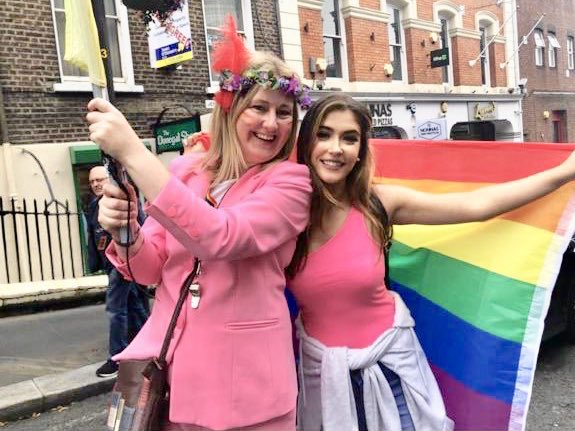 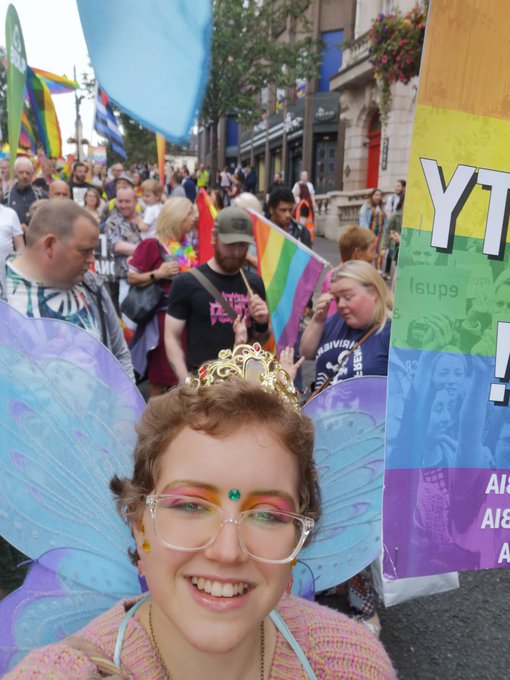 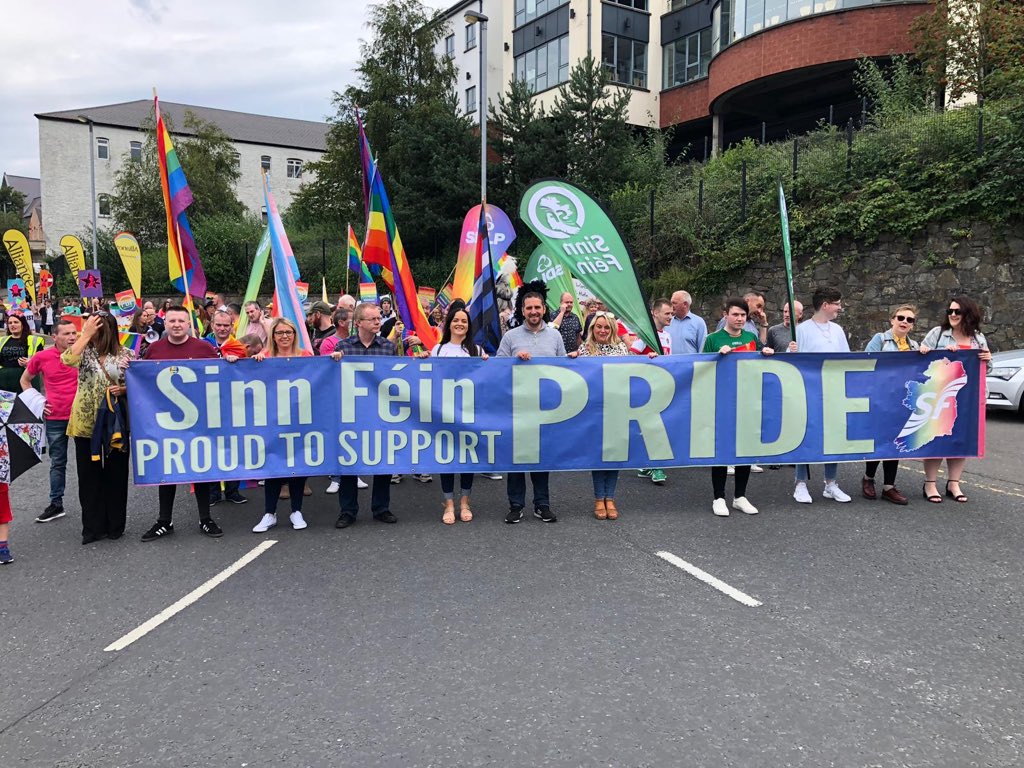 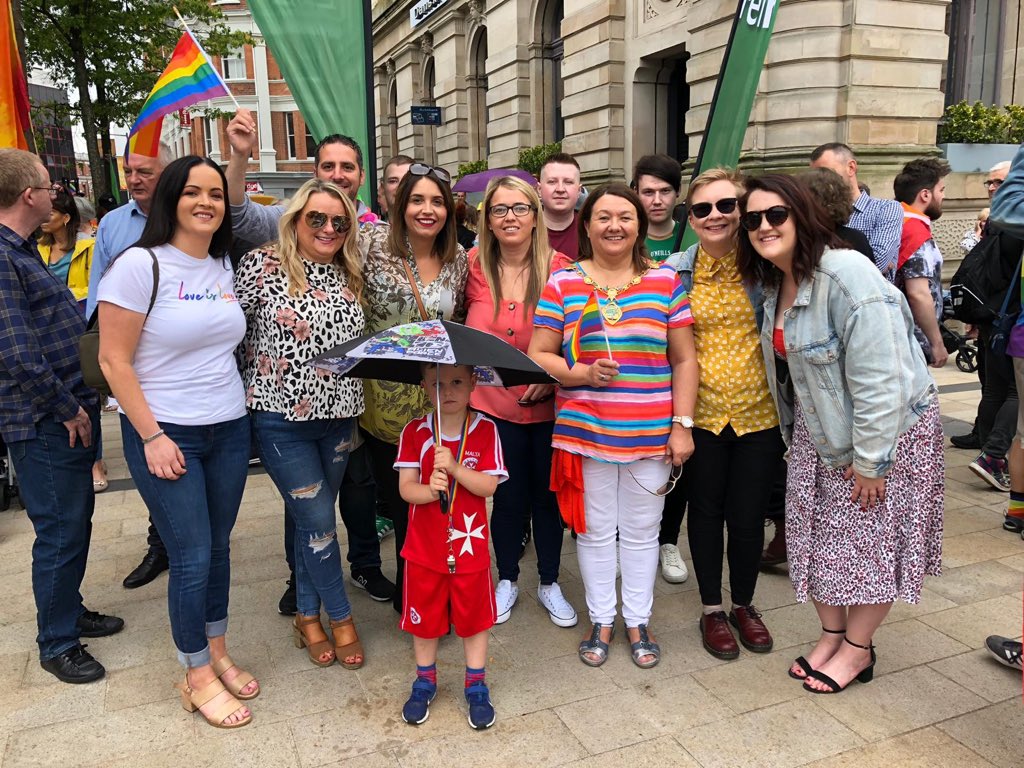 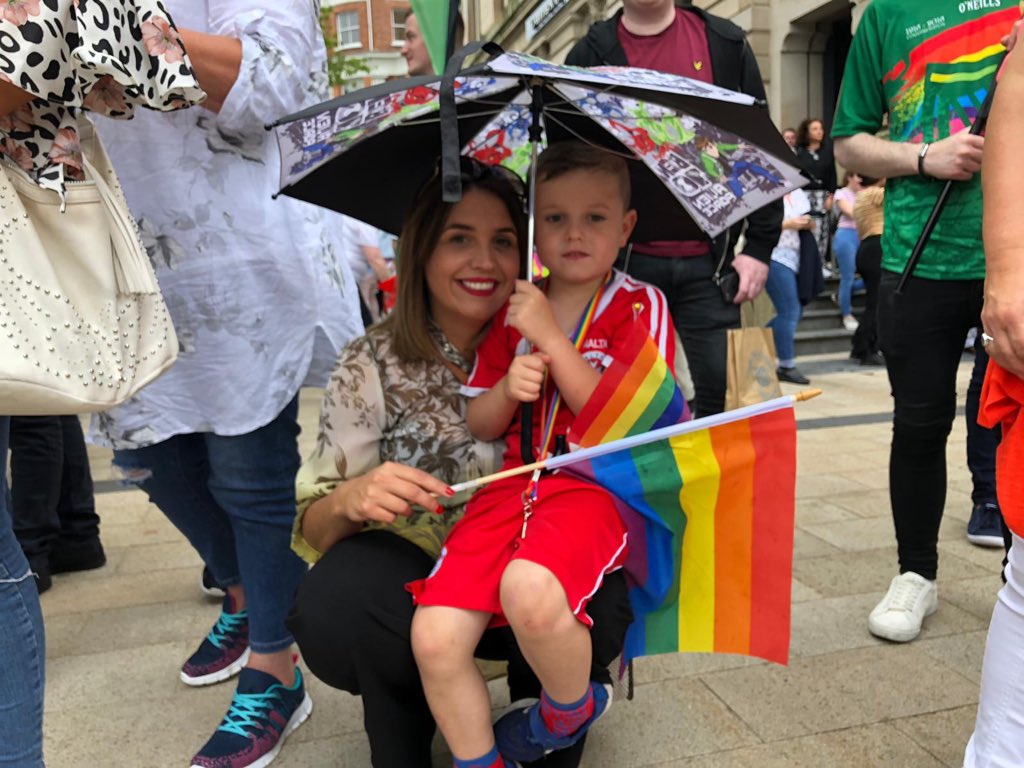 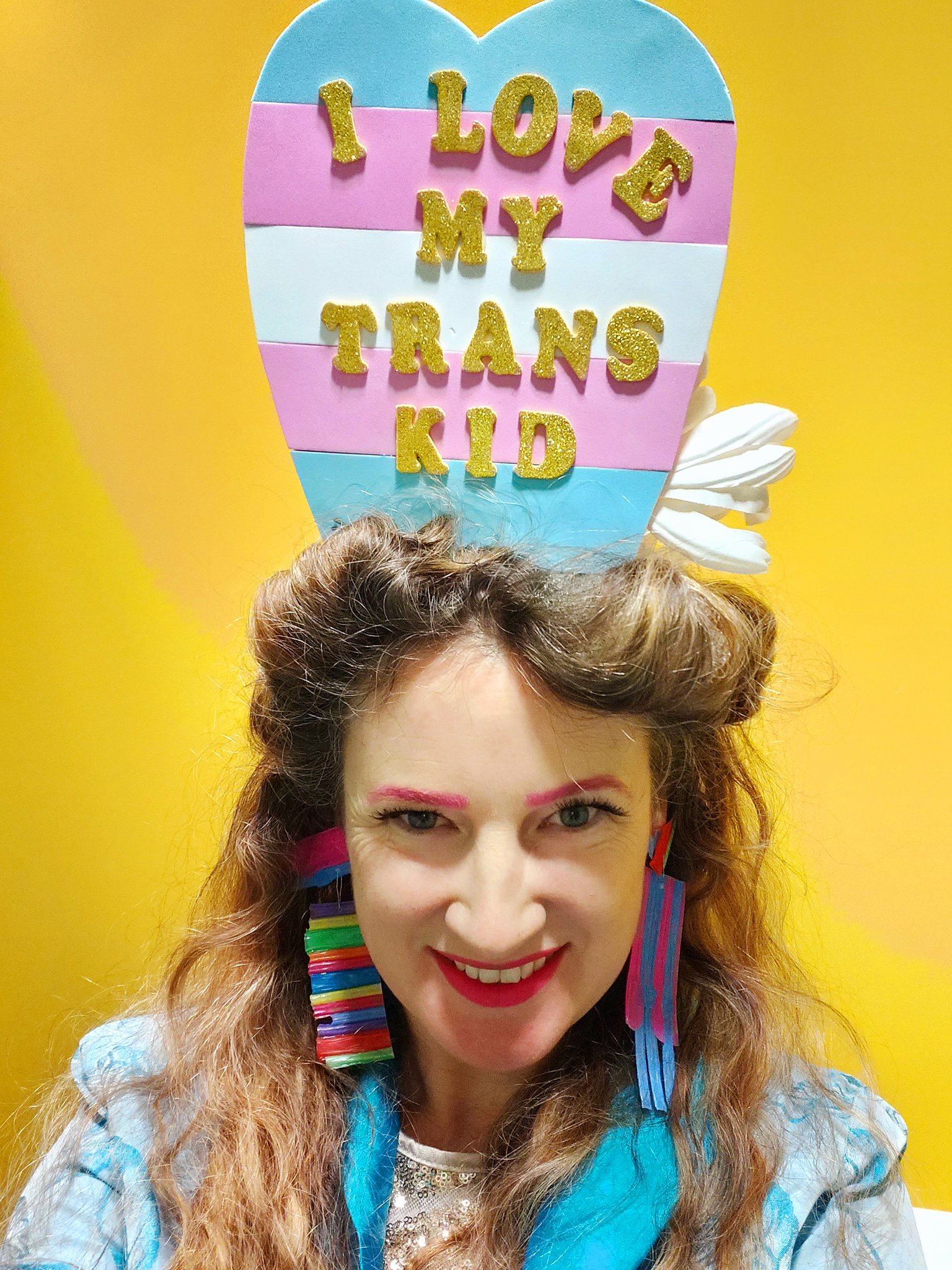 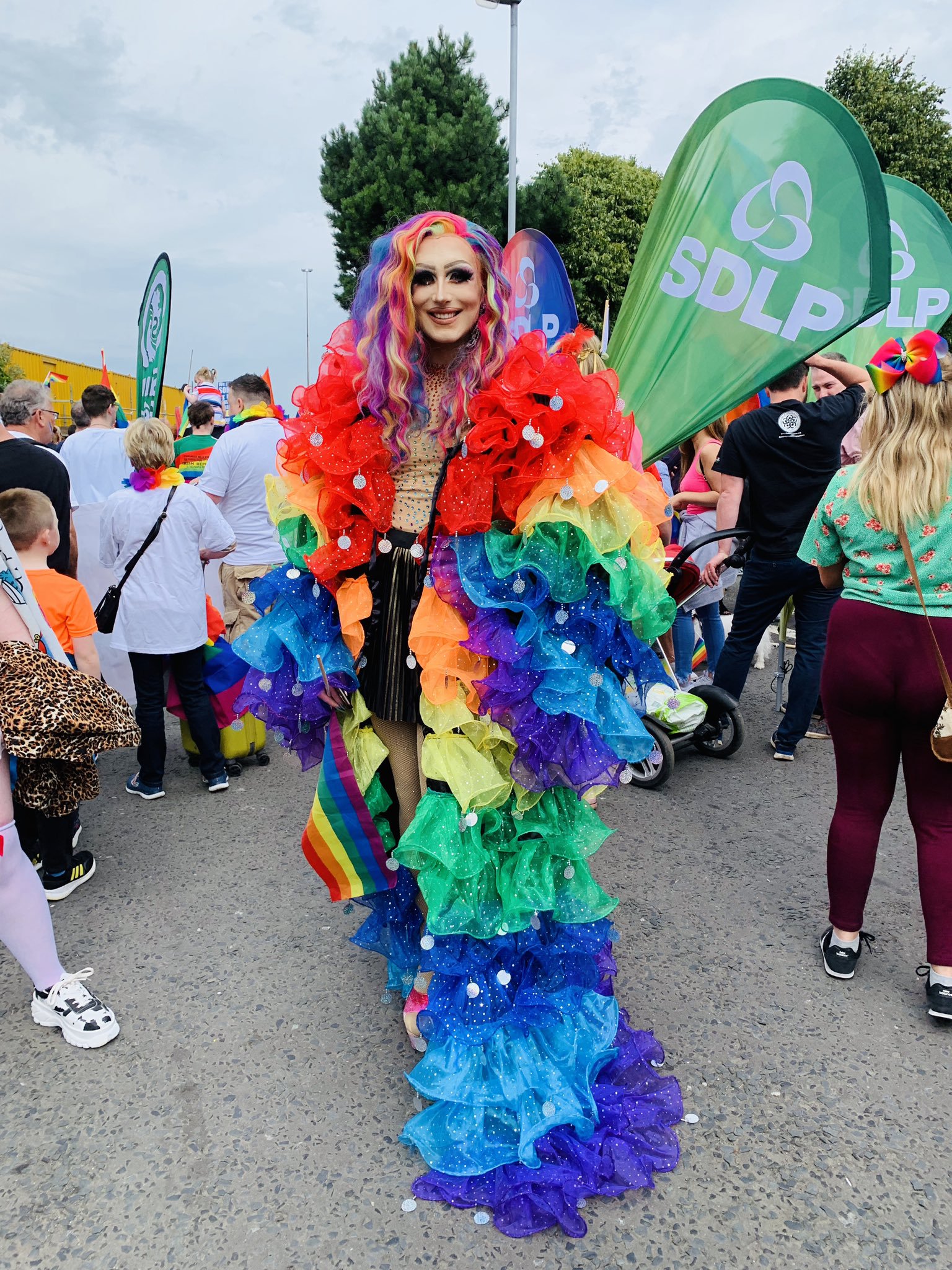 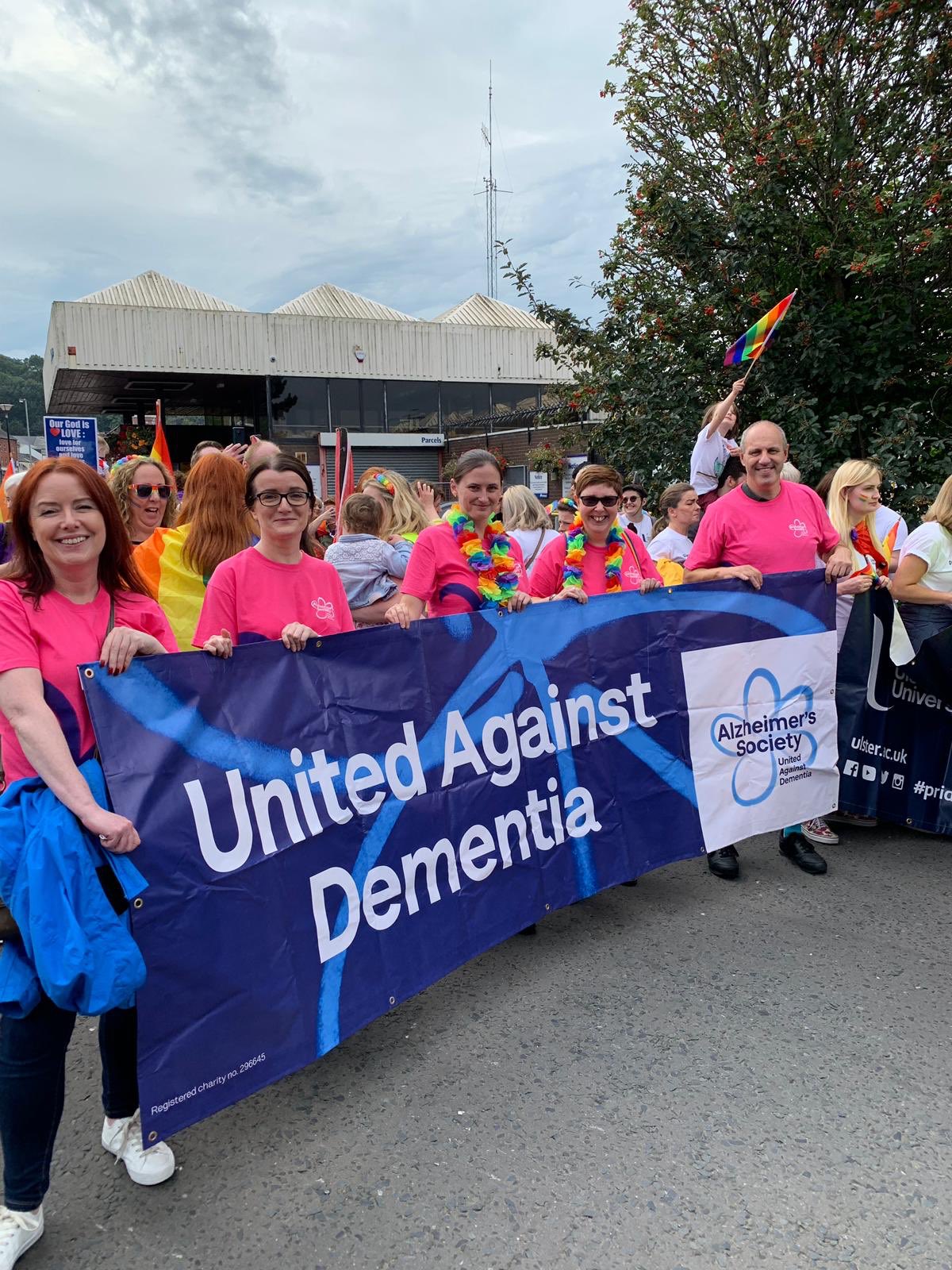 The celebration of LGBTQ Pride takes all sorts of different forms around the world. What began as a political movement, demanding equality and human rights for LGBTQ people, has evolved in many places. Today’s Pride events often include festivals, parades, and parties of all shapes and sizes.

What’s undeniable is that the focus and character of a Pride event is very much shaped by the city and people that it represents, and you see this best illustrated in smaller communities.

The Foyle Pride Festival  -  which brings together the people of Derry-Londonderry in Northern Ireland for celebrations each summer – is a great example of how smaller Pride events can often pack the biggest emotional punch.

Held on 24 August, 2019’s celebrations was the 26th time that a Pride event has been held in Derry-Londonderry.

The city of Derry-Londonderry has a bit of a broken history. The fact that it’s a place called different things by different people is an indication that religious and cultural differences run deep and time heals slowly. In recent months, there seems to have been an increase in sectarian tensions, with violence and bombings that echo the Troubles.

The first LGBTQ Pride celebrations in Derry-Londonderry were started in 1993 by a couple of community leaders, who advertised in the classified sections of local papers to get people involved. Everything is organised by a volunteer committee – the success of each Pride is dependent on the energy that people bring to the organising committee. Locals report that each year, more and more people are returning to Derry-Londonderry to be part of the Pride celebrations.

How many people take part?

Around 15,000 people participate in some way during the week-long Pride celebrations each year, with about 8,000 people actually marching in the parade. The route followed by the Pride parade is the Bloody Sunday route – a route that is historic and highly significant in terms of the civil rights history of this city. Every year there is a small group of anti-gay protesters, this year was no exception but they were held at a safe distance by police.

Monarchy want to rule your hearts with ...

Is sexual compatibility a deal-breaker?