Singapore DJ and music producer Johnson Ong – who performs as DJ Big Kid – is one of the activists currently mounting the 377A challenge in the High Court of Singapore. As part of his campaign for equality, Johnson has released a music video in support of his new dance single, I Dare You To Dream.

The song is written and performed by American vocalist Audrey Callahan, with music production and arrangement by DJ Big Kid. The single is released under independent music label, Queen House Music.

Directed by Singaporean director Samuel Nai, the music video tells three stories of brave LGBTQ Singaporeans who live their authentic lives despite facing obstacles and discrimination in a city state that stigmatises and marginalises people who are LGBTQ.

“We are human beings with our own struggles and relationship difficulties, with hopes and dreams of love and family, just like everyone else…” added DJ Big Kid. “The first story in particular is very personal to me, because it is a situation I myself experienced in a previous physically abusive same-sex relationship.”

What is the challenge to Singapore’s anti-LGBTQ laws?

LGBTQ activists in Singapore have launched a legal challenge to try and overturn the country’s laws that make gay sex illegal.

As a former colony of Britain, Singapore inherited its anti-gay laws from the Victorian era, but has consistently refused to make any steps towards equality for LGBTQ people.

The specific provisions of Singapore’s Penal Code are referred to as Section 377A. This provision describes consensual sex between two men as an act of “gross indecency” and is punishable by imprisonment for up to two years. Prosecutions under Section 377A are rare, but the local LGBTQ community has been advocating for many years for the law to be removed.

Previous legal challenges to overturn the ban have failed, although recent opinion polls indicated there is growing support for LGBTQ equality.

This latest legal challenge is currently being heard by the High Court of Singapore.

There are three separate cases on this issue, all being heard concurrently by Justice See Kee Oon of the High Court. Singapore’s Attorney General is the respondent in all three cases. As well as Johnson Ong, the other complainants are Bryan Choong Chee Hong, the former head of an LGBTQ rights charity, and Tan Seng Kee, a retired doctor. Hearings are being held in chambers and are not open to the public.

The multicultural make-up of Singapore’s population of 5.6 million seems to push Singapore to being relatively socially conservative. Religion plays an important role in the day-to-day life of many people. Addressing questions of LGBTQ equality, Prime Minister Lee Hsien Loong has said that Singapore society “is not that liberal on these matters”.

One of the primary arguments in the current legal challenge is that the provisions of Section 377A of Singapore’s Penal Code violates the country’s Constitution. Article 9 of the Constitution guarantees the right to life and personal liberty, and Article 12 guarantees equal protection before the law.

The complainants have presented evidence to the court that sexual orientation cannot be wilfully changed and is a product of genetic factors. The court has been hearing from medical experts before making a ruling on this question.

The court has also been presented with evidence that any form of purported therapy that is aimed at changing sexual orientation – such as reparative or conversion therapy – is neither safe or effective.

“It is absurd, irrational and discriminatory to criminalise a person on the basis of his natural, unchangeable identity and for non-harmful private acts…” said the legal team representing the complainants, speaking to The Straits Times.

One interesting insight that has emerged from the early stages of these hearings is that it’s led to the release of some British Government archives that shed some light on why anti-gay laws were included in Singapore’s Penal Code.

In their submission, lawyers for Bryan Choong Chee Hong have included a 1940 report to the British Government official responsible for the administration of Singapore – according to reporting by This Week In Asia. The argument is that there is a direct link between the enactment of Section 377A and the colonial administrations concerns about its Singapore officials extensive use of male prostitutes at that time. The 1940 report details disciplinary action taken against government officials in 1938 – the year that Section 377A came into effect.

This line of argument asserts that the intention of the law was to tackle prostitution and wasn’t intended to address what happened in private between consenting adults. On that basis, Section 377A could be struck down as being unclear and unable to be enforced.

Submissions in the case have now been completed. A date for the court to deliver its judgement has not yet been set.

Who is Johnson Ong?

I caught up with Johnson Ong to talk about his music and his fight for equality.

What was the trigger-point that led you to personally challenge Singapore’s anti-LGBTQ laws?

It was right after the Indian Supreme Court judgement which decriminalised homosexuality that my childhood friend and human rights lawyer, Eugene Thuraisingam and I discussed the possibility of challenging Singapore’s anti-gay law, Penal Code S377A. Singapore’s ambassador-at-large, Professor Tommy Koh, had also urged the LGBTQ community to mount a legal challenge, so I decided to go ahead.

What sort of support are you receiving from Singapore’s LGBTQ community for your legal challenge?

I was very moved by the outpouring of support. I received numerous messages from my various social channels, with many sharing words of encouragement and their personal stories. Some even offered financial assistance, however, the legal team from Eugene Thuraisingam LLP took this cause up pro bono, so no financial assistance was needed or received.

What do you hope that people feel when they’re dancing to I Dare You To Dream?

I would like this song and music video to send the message to LGBTQ people that they should feel brave and empowered to live their dream, for many it’s merely to live authentic lives, without internalised shame. I also want people to know they are worthy and valued much more than what society often tells them, because this affects our ability to make the right decisions in matters of relationships, family and career – all the aspects of life that define who we are as a person.

Is Singapore worth visiting for LGBTQ travellers?

Not just a hub for business and travel in the region, Singapore is a dynamic city that blends together a fascinating cultural mix with a forward-looking eye on the future.

Here’s some of the highlights that you might want to consider adding to your itinerary.

The food market is a great place to go for an affordable meal, day or night – choose from one or more of the stalls and share a table with other diners. The night market sells a lot of souvenirs, but there are a few gems and it’s great fun.

Notable temples in this neighbourhood include:

Full of traders selling gold, incense, fine fabrics, and essential oils, Little India is a busy and vibrant part of town. There’s plenty of great food options to be found here as well – tuck into a fish-head curry, or snack on some roti prata.

Sometimes it feels a little like life in Singapore revolves around shopping – numerous enormous, air-conditioned shopping malls can provide a respite from the heat and humidity as well as some retail-therapy.

There are malls around the city but it all reaches its height on Orchard Road where the shopping opportunities seem endless.

Most of the shopping malls also contain impressive food courts –  if you need a pick-me-up lunch then you might be tempted by a big bowl of chilli crab.

Gardens by the Bay

Two enormous biodomes take you through a huge range of flowering plants – from cacti to roses, orchids and pitcher plants – with a centrepiece of a spectacular waterfall. These giant super-trees are one of Singapore’s must-see attractions.

One of the founders of modern Singapore, Stamford Raffles, split the developing community into villages, or kampongs, for its different ethnic groups. Kampong Glam was set aside for the local Sultan, and the Malay and Arab communities –  earning it the unofficial title of the Muslim Quarter.

Restored shop-houses, often housing trendy boutique outlets, line the narrow streets or sit under the shade of palm trees. The large Sultan Mosque is a focal point for the local community.

Despite the ban on gay sex, there’s a resilient and vibrant queer community, and a handful of gay bars and saunas – Taboo, Tantric, Out Bar, and Epiphyte are among the options.

Public displays of affection are not common – Singapore is a socially conservative country – but LGBTQ visitors are unlikely to run into any issues.

The annual LGBTQ Pride celebrations are called Pink Dot. The event is generally held in June. Due to restrictions by the authorities, this is an event designed for local people and visitors to Singapore are not encouraged to attend.

Plan your trip to Singapore

If you’re thinking of adding Singapore to your travel wish-list, contact the Gaydar Travel-desk for a free, no-obligation quote. 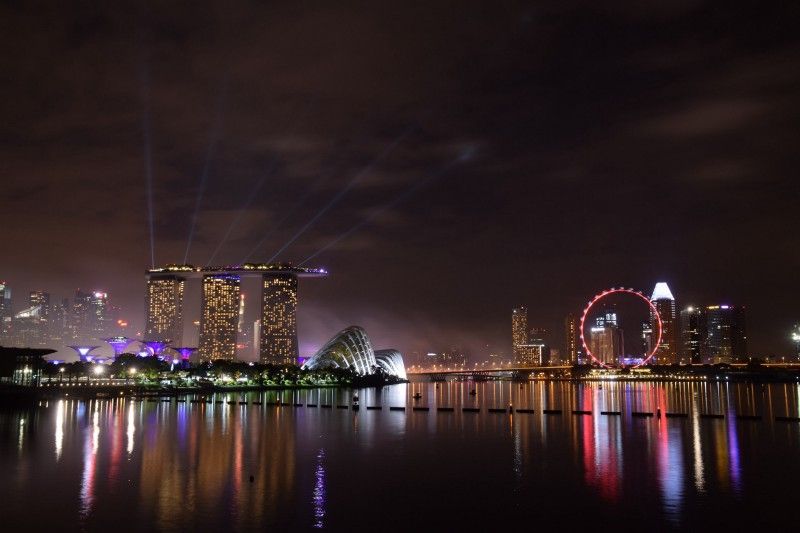 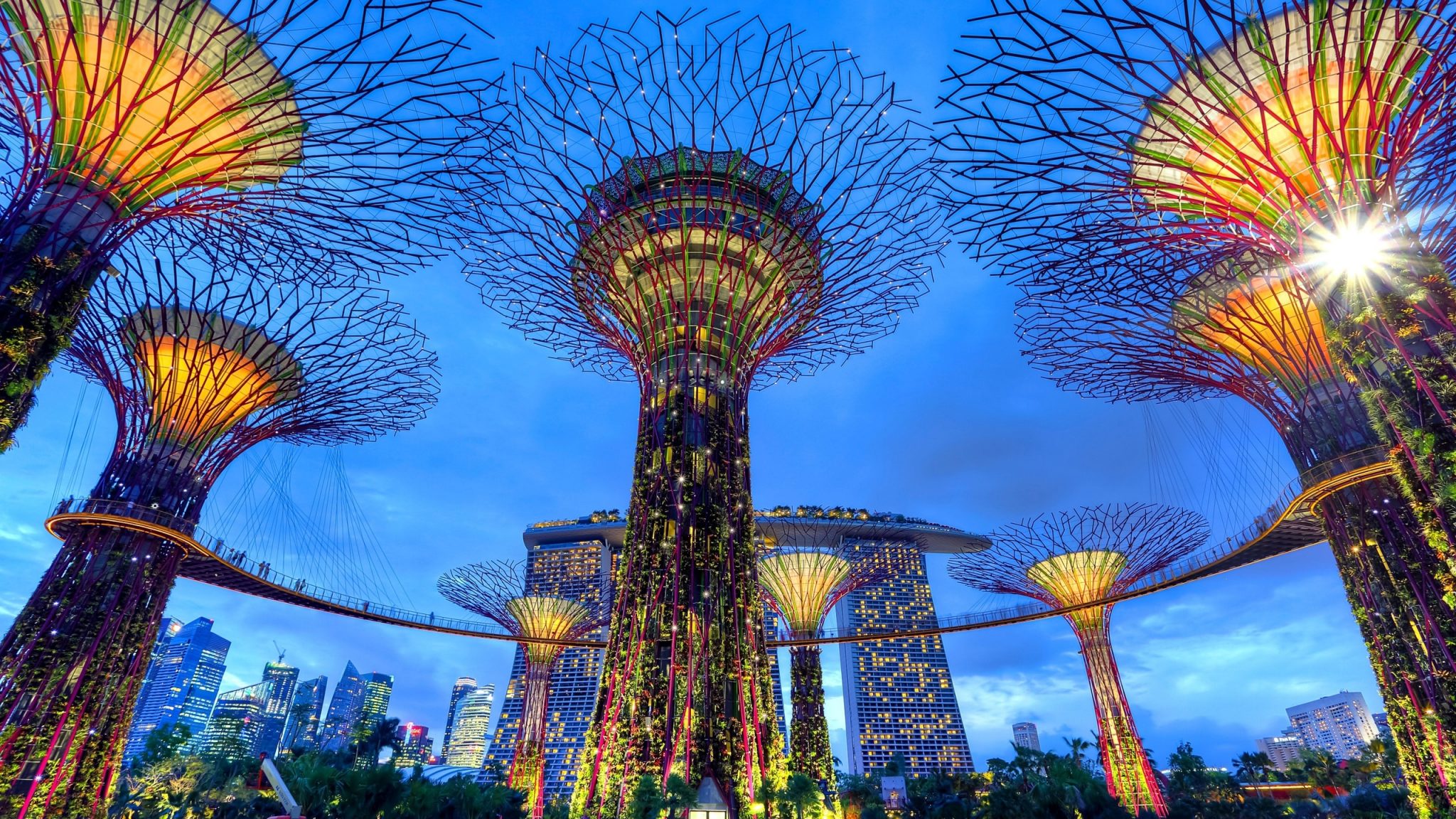