A photo-shoot mini-challenge is always a great way to start the season. This is a really strong cast and there’s lots of personalities competing for screen-time.

Peppa was declared the winner, although there didn’t seem to be any advantage to that.

This was a big runway, with two looks required. First up, it was a BBC tribute, and then the second look was sort of tell us who you are in drag.

Most of the cast were declared safe.

That left us with a Top 3 of Peppa, Sminty, and Starlet, and a Bottom 3 of Copper, May, and Dakota.

I was surprised that Starlet was in the Top, because her Patsy was very weak, but very happy to see Peppa and Sminty in the Top. The win could easily have gone to either of them, but it was Peppa that was declared the winner of Episode 1.

The Bottom was a bit of a raffle, but we ended up with a Bottom 2 of May and Dakota, which seemed fair enough.

The track was Let Them Know by Mabel.

This is a tricky track to lip-sync to. It’s upbeat but relatively one-note.

This wasn’t a particularly memorable lip-sync battle. By her own admission, Just May isn’t a great lip-sync performer – she is known for singing live.

Just May sort of wandered aimlessly around the stage, Dakota’s performance had more of a sense of purpose.

It wasn’t a surprise when Dakota was safe and Just May was eliminated.

Describing herself as “London’s afro-punk princess,” 25-year-old Baby studied musical theatre before doing drag, so expect her to be a triple threat, ready to slay any singing and dancing challenges Mama Ru can throw at her.

Baby (her name comes from being the youngest sibling of five) has been doing drag for four years. She is a mainstay of the London brunch and club scene who in her own words loves “playing in the area where black culture and alternative culture meet.”

Current Ranking: Safe in Episode 1 but it was a strong week for Baby. Very likeable and she gives good TV. 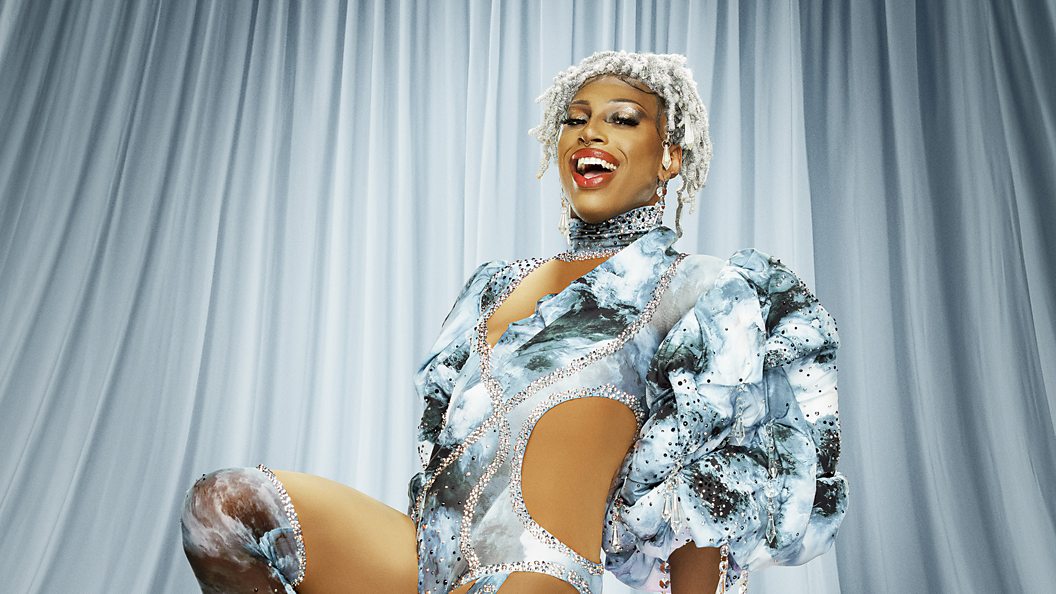 Black Peppa, 29, brings a Caribbean flavour to Drag Race UK, having been born on the island of Saint Martin. Since 2014, however, she has been making the Birmingham drag scene fierce. Now, she is bringing a little seasoning and spice to the Drag Race stage.

Despite serving high glamour, Black Peppa got her drag name from a surprising source: Peppa Pig. “Peppa pig is the OG,” she said, “and that is why I’m ‘Black Peppa’ with a twist!” Unlike Peppa Pig though, Black Peppa can death drop, split and dip in her high-energy shows.

Current Ranking: Winning Episode 1 is as good as it gets but the pressure is now on to maintain that momentum. There’s a lot to love about Peppa and she seems made for TV. 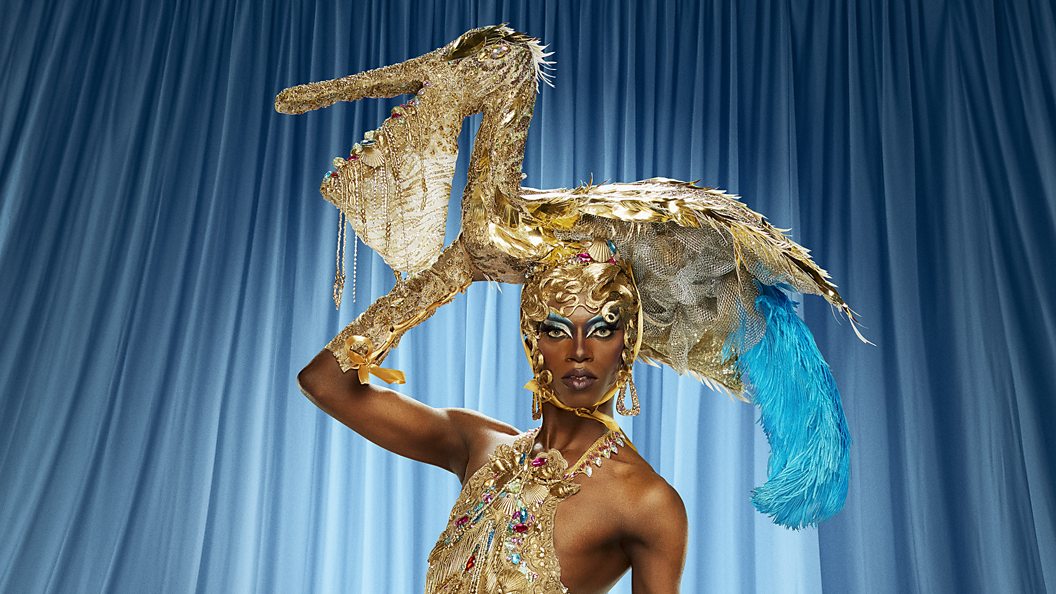 Cheddar might be the self-described “Queen Bee of Manchester,” but will she make a buzz in the competition? A legend on the cabaret scene, the 38-year-old has also previously been the star of a drag makeover TV show. She is also the first Drag Race UK queen with a doctorate, meaning her fellow queens might be about to get schooled.

The queen describes herself as a “living spectacle,” who has been dabbling in drag since her early teens. A childhood where she was obsessed with science fiction and fantasy has turned her into a queen whose out of this world looks have been seen everywhere from the clubs to the museums.

Current Ranking: Cheddar is an extremely accomplished drag queen, known for creating extraordinary looks. Safe in Episode 1 but the big question is whether she will be able to adapt her skills to the challenges presented by this competition. 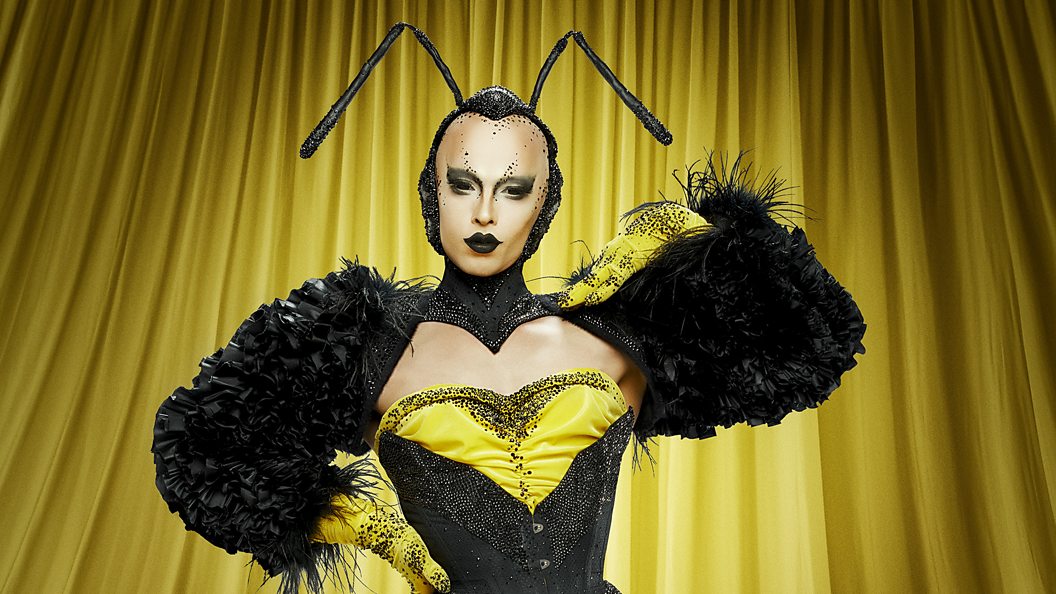 The 38-year-old Cheltenham Spa resident and panto lover became a queen later in life, but after four years she is ready for Britain’s biggest drag stage. Copper Topp is also the star of a series of bingo ads – but does she have what it takes to get to the ‘top of the shop’?

Though her drag is inspired by British camp icons like Julie Walters, Victoria Wood and the Cheeky Girls, Copper loves to surprise an audience by going into the splits as part of her “camp and physical shows.”

Current Ranking: Bottom 3 in Episode 1 wasn’t a great start, so it can only get better from here. 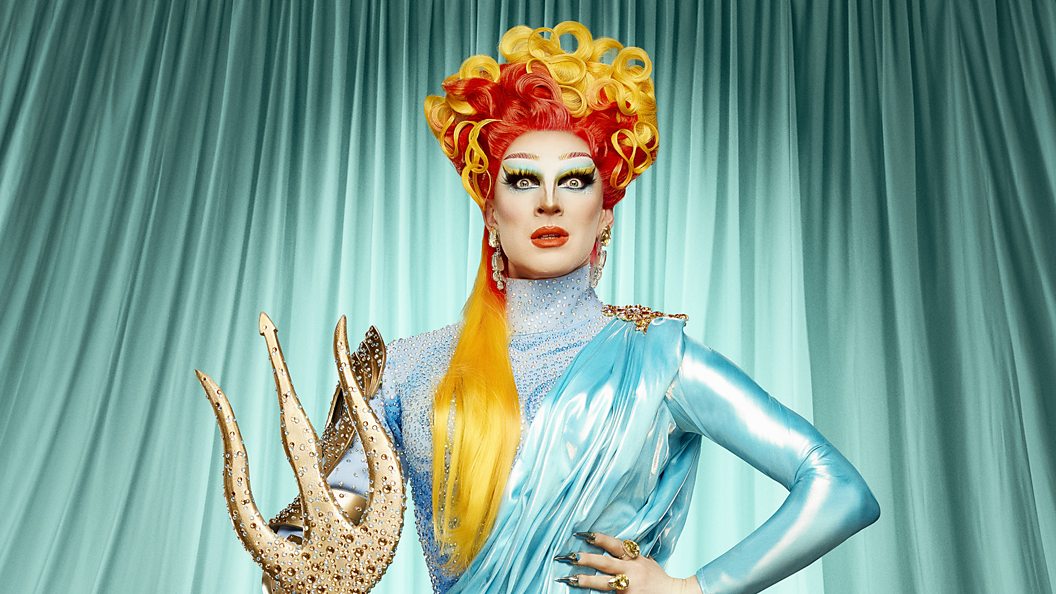 Sussex resident Dakota Schiffer is making Drag Race her-story as the first UK trans contestant. The 22-year-old fashion obsessive has been doing drag for four years, and is bringing her 1960s-inspired high fashion looks (and a secret nerdy streak) to the runway.

Dakota describes Sussex as having “absolutely no drag scene,” but that did not stop her from growing up obsessed with fashion, hair and make-up. Now, she is ready for Drag Race UK to put her on the global stage, showing the world her ’60s-meets-’90s style.

Current Ranking: Not the greatest of starts for Dakota, surviving the lip-sync in Episode 1. She seems nervous so it will be interesting if she’s now able to leave the nerves behind her and find her feet in this competition. 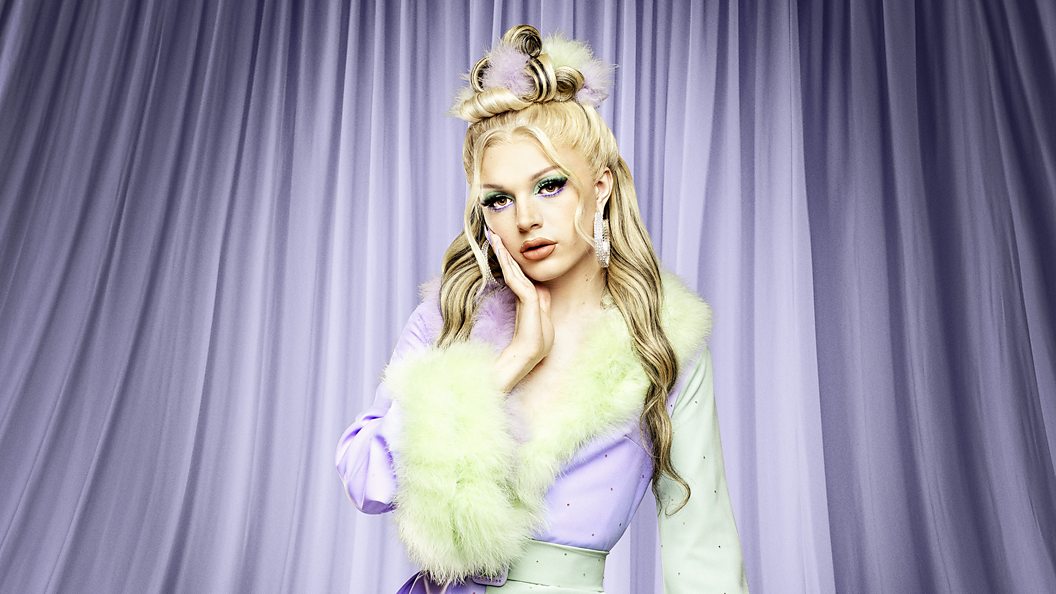 Liverpool’s own Danny Beard is Drag Race UK’s first bearded queen, with hopes of becoming a stubbly Scouse sensation. Known for her signature white face-make-up, 29-year-old Danny serves club kid-inspired looks that have made her one of the most original presences on the UK drag scene.

Current Ranking: Safe in Episode 1 but Danny comes into this competition with a big reputation and very high expectations. 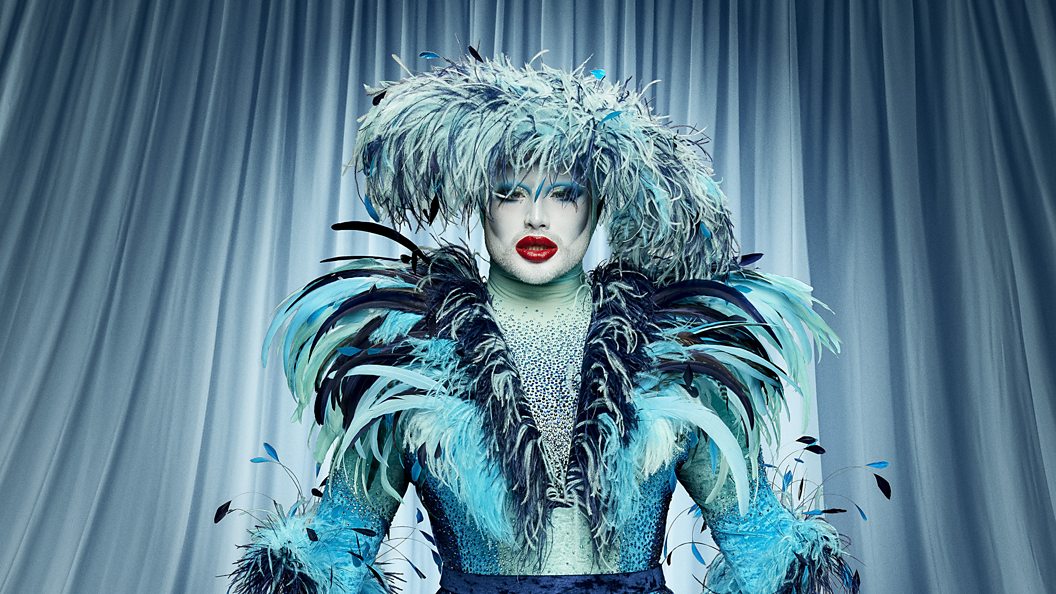 Representing Northern Ireland, 33-year-old Jonbers Blonde has been doing drag for 14 years, as well as working as a model, a fashion editor and a dancer for acts like Melanie C and Sophie Ellis-Bextor.

Starting life in a small town near Belfast, Jonbers moved to the big smoke, and describes herself as “East London royalty”. As she puts it herself: “I’m a showgirl on a Saturday and an absolute bonfire on a Sunday!”

Current Ranking: Safe in Episode 1 but she’s clearly an experienced queen who should be able to adapt herself to these challenges. 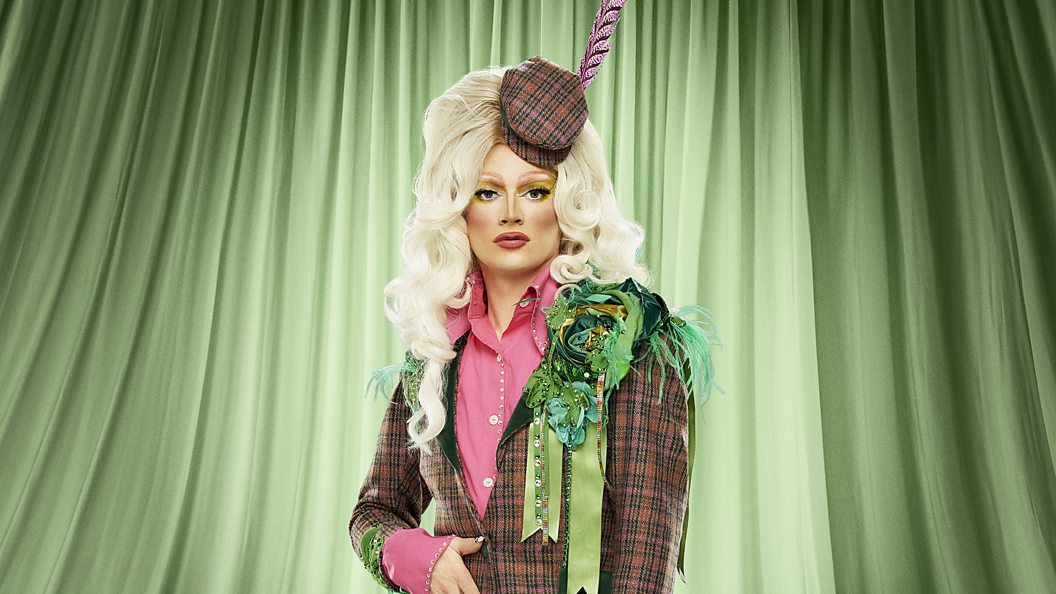 Calling themselves the “all-singing, all-dancing, all-sewing Chinese pop star from Brighouse,” 36-year-old Le Fil is a one-time member (alongside Jonbers) of the legendary Sink the Pink collective, who have performed with Sam Smith, Drag Race series four guest judge Olly Alexander and many other megastars.

Brighouse is also the home of Drag Race UK star Divina Da Campo, but Le Fil is a very different queen to the season 1 runner-up. Le Fil describes her drag as “the intersection of art, fashion music and sculpture,” and her shows as “live art.”

Current Ranking: There’s a lot to like about Le Fil. Safe in Episode 1 but she seems like she’s not here to mess around. 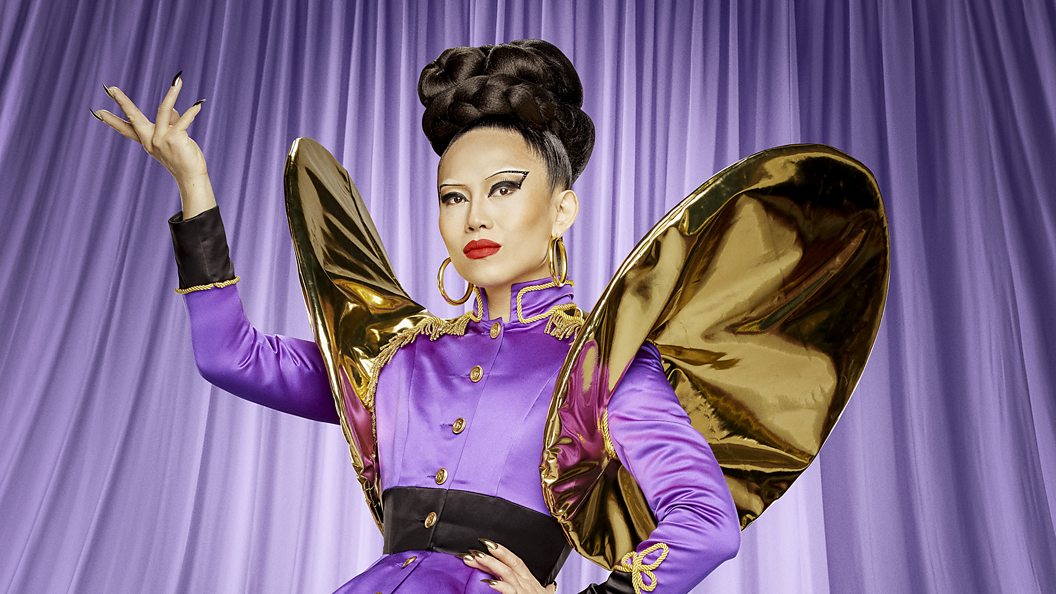 Pixie Polite already has a Drag Race connection: She was in a girl band with (and even dated) series 2 star Tia Kofi. Now, however, The 29-year-old Brighton-based queen and self-described “big ol’ camp cow” is on the show in her own right, and is ready to show that even on reality TV, politeness can pay. 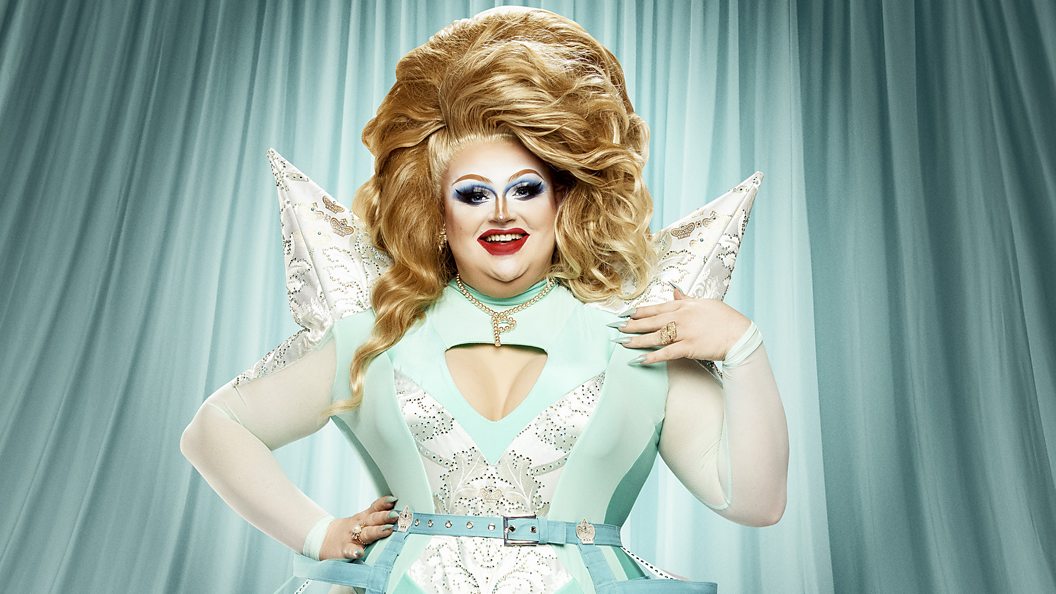 Describing herself as a “sexy cyber supermodel from space,” 23-year-old Sminty Drop is ready to drop some major looks onto the runway. The Manchester queen is a member of the House of Kendoll alongside first ever Drag Race UK eliminated queen Gothy Kendoll. Will she be able to break the Kendoll curse?

Sminty Drop got her name from her habit of dropping the mints she used to carry for when she wanted to kiss boys. After three years doing drag (and a “busted” year she does not count,) she sees herself as “literally the embodiment of contemporary British drag.”

Current Ranking: Sminty is stunning and that got her into the Top 3 of Episode 1. She seems like one to watch. 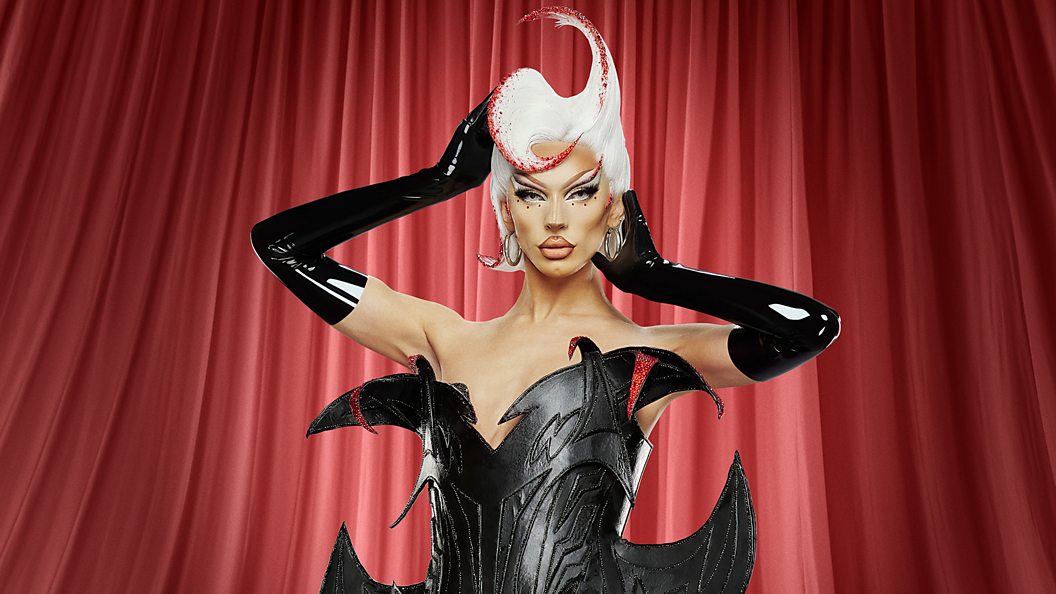 This 23-year-old “polished pin-up” is originally from Johannesburg, making her the first South African queen in Drag Race UK her-story. Since coming to Britain, Starlet has been bringing old-school Hollywood glamour to the streets of Surrey, building up a significant Instagram fanbase along the way.

Despite never having seen a drag queen when she lived in South Africa, Starlet has become “a living walking vintage movie star” who is “gently tippy toeing into the performance side of drag.”

Current Ranking: Starlet is beautiful and is turning looks – that saw her in the Top 3 of Episode 1. However, she seems quite introverted and may struggle in some of the more personality-driven performance challenges. 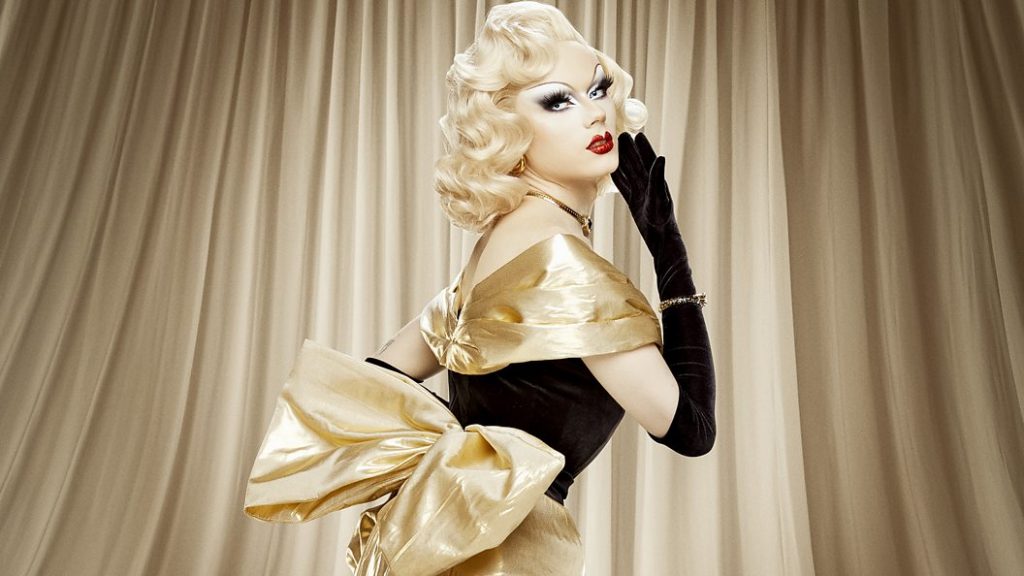 Essex’s premier Geri Halliwell impersonator will be telling the world to ‘Look At Me’ as she appears on Drag Race UK series four. Though best known for parodying Ginger Spice, 32-year-old Just May is hoping to prove she isn’t just a wannabe after 10 years of spicing up her life in drag.

“I wanted to do drag because Geri stopped being Ginger Spice and so I felt someone had to take over,” Just May said of her start in drag. But she can do other things besides Geri: “Sometimes, I wear a red wig without a blonde streak. Wild, I know.”

Final Ranking: Just May is the Pork Chop of Season 4, eliminated in Episode 1, beaten in the lip-sync by Dakota. 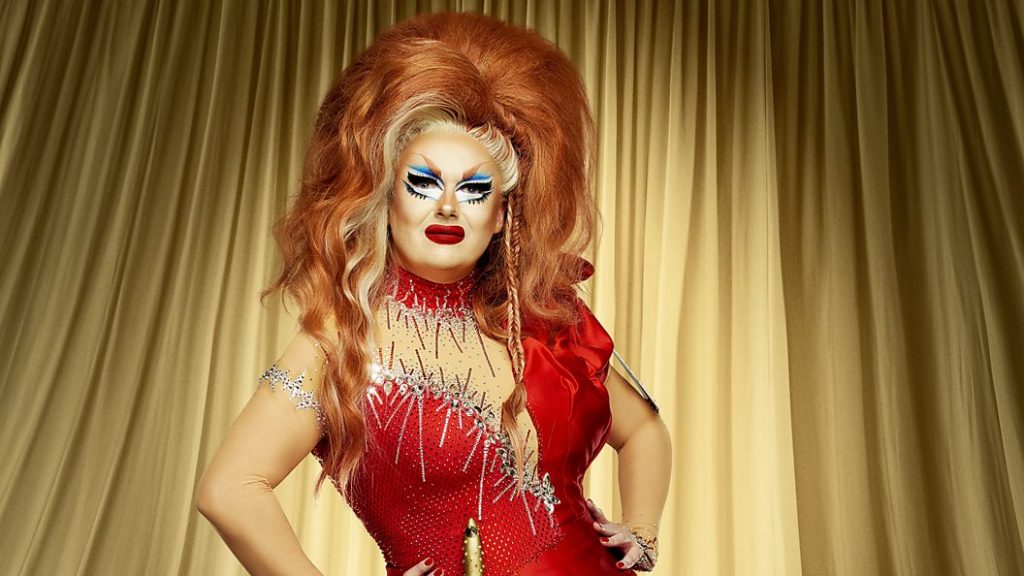