I’m not a doctor. I’ve got the white coat for role-plays, obviously, but there’s a lot of people who are a lot more qualified than I am who you should be listening to when it comes to Covid-19.

Make sure you’re getting your updates and insights from experts who are informed and know what they’re talking about.

However, I find it useful to try and keep up-to-date with what’s going on with Covid-19 around the world. It’s a coping mechanism to try and prevent myself from feeling overwhelmed by it all.

One of the unexpected consequences of this pandemic is that we’ve all become data experts as we try to keep on top of the facts. Every day in this new-normal is an exercise in critical analysis. We always need to be questioning – Does this person know what they’re talking about? How objective are they? What’s the context of this information? Does this information apply to me?

It’s undeniably really good news for everyone that significant progress is being made on vaccines against Covid-19.

While the roll-out of vaccine solutions is underway, it’s obviously going to take some time and we’re already seeing a lot of variation around the world in terms of access to vaccines.

Here in the UK, good progress has been made – all adults are now being offered the vaccine.

The roadmap out of lockdown

A while back, the UK government has published a ‘roadmap’ of how and when they plan to lift restrictions in England – Scotland, Wales, and Northern Ireland are setting their own agenda.

The government framed this roadmap as being based on “Data not Dates” but then proceeded to set out a series of key dates that we’ve all dutifully inked into our diaries.

The first step was getting schools back into classrooms. This happened on 8 March.

The next milestone was 29 March, when the stay-at-home order was lifted in England.

Then, on 12 April, non-essential shops – retail as well as pubs and hairdressers – reopened. Self-catering holiday homes can also now be booked for single-household staycations.

From 17 May, indoor dining for cafes, restaurants, and pubs have been able to reopen. This is the date at which some international leisure travel became possible, although that’s still quite confusing as to how it all works.

According to the published roadmap, 21 June was the earliest that we could expect the removal of the last of the restrictions. But, in the run-up to that event, the government announced that this was to be delayed by four weeks due to the uncertainty being created by the Delta variant.

The 4-week delay in any further easing of restrictions was to enable greater vaccine coverage to be achieved.

Sticking to their commitment to double-speak, the government’s declaration of “Data not Dates” actually turned out to mean “Dates not Data”. Despite surging infection levels and limited vaccine coverage, all restrictions were lifted on 19 July – as per the published schedule.

I don’t think the UK government has set a target on the level of coverage that they are aiming for, but looking at what other countries are doing, it seems like 70% of the adult population is probably the benchmark. On current figures, 71% of the UK’s adult population has now been fully vaccinated against Covid-19.

The best data source that we seem to have is the government’s Covid-19 page on its website.

One of the key failings of this government has been an inability to establish an effective test trace and track system. Other countries have done it, but not the UK. The capabilities around testing appear to be improving, but we’re still relying on lag indicators not lead indicators to shape our response.

Because we’re not testing everyone all the time, test results give a sense of where we’re at with infection numbers but don’t give us a complete picture. What we do know that we had our highest rate of recorded infections on 1Jan21 when the 7-day average hit 61K. Since then, infection rates have been on a slow decline – dropping to a 7-day average of around 1.8K at the end of April. Now, we’re seeing infection rates rising again. The 7-day average is currently around 35K new infections per day. That’s concerning.

Hospital Admission rates is a real crunch-point. We currently have around 6K people in hospital because of Covid-19, and we’re currently seeing around 900 people being admitted each day.

In terms of deaths, the data on this got pretty messy. After several months, the government realised that different parts of the health infrastructure were counting Covid-19 related deaths in different ways. They’re now officially counting deaths as Covid-19 related if they occur within 28 days of a positive test, but even that seems to come with quite a few caveats. If we take the UK-level data at face-value, we’ve had over 129K Covid-related deaths and we’re currently averaging around 62 Covid-related deaths per day.

One of the challenges with viruses is that they mutate – they’re unpredictable. The more infections and transmissions that are occurring, the more opportunities that the virus has to adapt and evolve.

The continued emergence of new strains highlights the risks that we’re facing and why it’s imperative that vaccine solutions are rolled out to everyone around the world as quickly as possible. 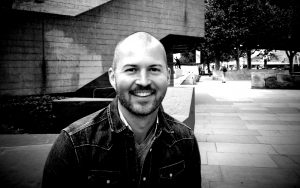