Owen Jones is a leading journalist and political commentator in the UK.

Born in Sheffield in 1984, Jones was raised in Manchester.

He describes himself as a fourth-generation socialist. His grandfather was a member of the Communist Party. His father was a trade union shop steward and his parents met as members of the Trotskyist group.

After graduating from Oxford, Jones worked as a trade union lobbyist, and as a parliamentary researcher for Labour Party MP John McDonnell.

After beginning his journalism career with The Independent, Jones is now a weekly columnist for The Guardian.

Jones regularly appears on television news programs as a political commentator, as well as speaking on issues relevant to the LGBTQ community.

In 2011, Jones published his first book - Chavs: The Demonization of the Working Class.

In 2014, Jones published his second book  –  The Establishment: And How They Get Away With It.

In the aftermath of the 2016 attack on the Pulse nightclub in Orlando, Jones walked out of an interview on Sky News in protest at the attack’s impact on the LGBTQ community being downplayed. 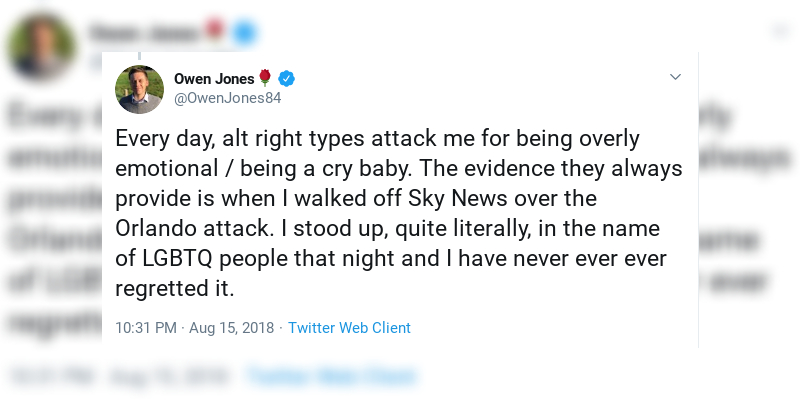 Back in August of 2019, journalist Owen Jones was assaulted in London.

Three men were charged with the attack – James Healy, 39, from Portsmouth; Liam Tracey, 34, from Camden, London; and Charlie Ambrose, 29, from Brighton.

A further trial was held to determine whether Healy’s actions were motivated by homophobia and hostility to Jones’s left-wing views – a charge that Healy denied but of which the court convicted him.

According to reporting by the Guardian, Anne Studd QC, the presiding judge, concluded that Jones was the victim of a “wholly unprovoked assault” because of “his LGBT and his left-wing beliefs”. The defendant, James Healy, 40, had “far-right” views, Studd added.

Jones was celebrating his birthday with five friends. It was a Friday night at a pub in Islington, close to where Jones lives. At the end of the night, the friends were leaving the pub and saying their goodbyes.

A group of men followed Jones and his friends out of the pub and attacked them. Jones was kicked in the back and hit in the head. His friends were also assaulted as they tried to defend him. The attackers then immediately fled the scene.

The next day, Jones shared details of the attack via Twitter, confirming that he was okay, just suffering a big bump on his head and a cut on his back.

Jones had no doubt that it was a premeditated attack, specifically targeting him. 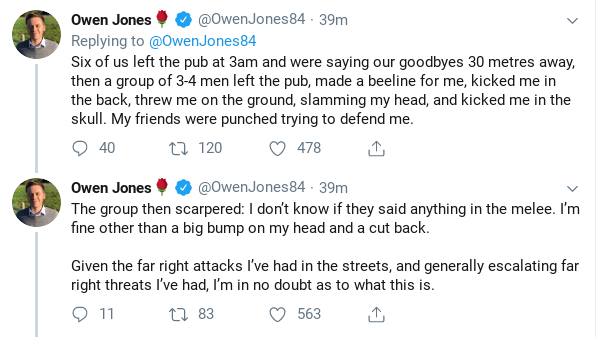 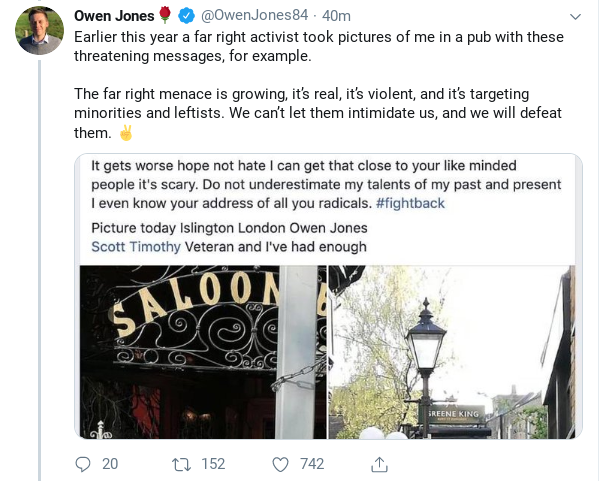 The attack sparked an outpouring of support following a wave of violence and intimidation against journalists, with Labour leader Jeremy Corbyn saying it appeared to have been “politically motivated”.