E.M. Forster wrote his novel Maurice in 1914, but it wasn’t published until 1971  -  a year after Forster’s death. As a closeted gay man, Maurice was an opportunity for Forster to explore his own experiences and those of his close circle.

In Maurice, Forster gives us the story of Maurice Hall. While at college at Cambridge in the early 1900s, Maurice falls in love with Clive Durham. Realising the risk to his career and social standing, Clive ends the relationship with Maurice and marries. Maurice seeks medical help to try and cure himself of being gay, but once he meets and falls in love with Alec Scudder, he accepts that he cannot change who he is.

The film adaptation, by James Ivory and Ismail Merchant, was released in 1987. It has has now been digitally restored and remastered.

Written by James Ivory and directed by Ismail Merchant, Maurice has all the hallmarks of what made Merchant Ivory productions so iconic  -  a respectful literary adaptation, delivering quintessential period-drama.

It’s a film with a strong cast, post-card-perfect locations, and it’s beautifully shot by cinematographer Pierre Lhomme. It’s got all the stately grandeur and class-ist Englishness that a Downton Abbey fan could wish for, and Hugh Grant’s hair is award-worthy in its own right.

However, the context of the film makes it even more powerful. Released in 1987, it was only six years after the first cases of HIV and AIDS had been reported  –  these were some of the worst years of the pandemic. Merchant and Ivory were lovers as well as creative partners  -  this film was, in effect, their cinematic coming out. It was a big budget, lavish, period-drama with a gay love story at its heart  –  a gay love story with a happy ending.

Jump forward thirty years, and James Ivory is once again at the helm of an iconic movie  – it was Ivory that  adapted the novel of Call Me By Your Name for the screen. Ismail Merchant may no longer be by his side (he died in 2005), but James Ivory is still filling our screens with love and helping his characters and us to navigate the complexity of our emotions.

Maurice isn’t a perfect film, but the Merchant Ivory team have not only given us a story in which we can immerse ourselves, they’ve created a celebration of the hidden life of E.M. Forster, and they’ve delivered a compelling and timely statement on the worth and humanity of gay men.

In any list of of great gay movies, Maurice deserves to be near the top. 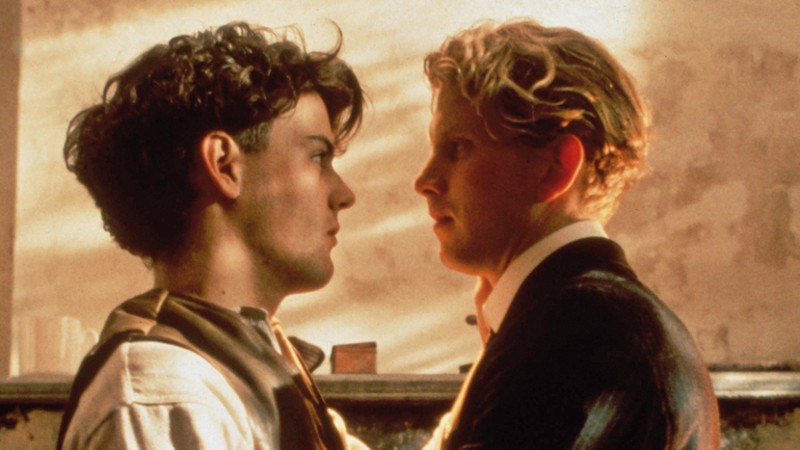 Dinner theatre with a powerful message