We caught up with artist James Newland – Space Pup Silver – to talk drawing, kink, and transformation.

When did you discover and start to explore your passion for drawing and illustration?

I’ve been drawing for as long as I remember. The earliest I remember putting pencil to paper was drawing Pokémon from old annuals I had lying around as a kid. I was always attracted more to cartoons than any other kind of TV, even today I much prefer putting on a silly Saturday morning cartoon over any big TV drama. Over time, that turned into going to college and university to study illustration, and now I’m a freelance illustrator.

When did you start turning your creative attention to the world of fetish and kink?

It was directly after university that I became aware of the gay fetish world. I was introduced to it by a friend in London. I knew that rubber was a thing, but it was sort of on this plateau of being a really expensive luxury item, so I’d never considered buying any. My friend introduced me to the basics of pup play. I felt really great being surrounded by people who were so passionate about this strange sexual world where the obsession was focused around a theme beyond actual sex, so I started drawing it.

On your website you write that your personal interests with the kink world are exclusively visual. What does that mean?

I identify as an Asexual Fetishist, which is incredibly ironic as I’m surrounded by sex in everything I now do. What that means is that I enjoy being around a sexually-charged atmosphere, but I don’t care one bit about sexual interaction involving myself. I’d describe myself very much as an audience member to kink — I enjoy watching, and seeing all the wacky things people wear. I go mad for hyper-crazy visual outfits — fetish gear is a type of drag, and I love being a part of it. In a sea of plain black rubber, I absolutely adore seeing weirder visuals appear in every colour of the rainbow.

Transformation is my main kink. I’d describe it as my original fetish, as it’s something that I had an obsession with long before I became aware of gear-based fetish. I love cartoons — episodes focused on weird ray-guns that transform the main characters into other things were my total jam. In practice, this usually involves role-play. But I don’t enjoy role-play with other people that much, so I explore the interest by playing dress-up with myself. I have a whole wardrobe of impulse buys — from inflatable rubber, to specialist underwear to enhance a bulge or remove it entirely. For me, as a visual person, I don’t just want to pretend I’ve transformed in some way, I want to look in the mirror and actually see something has changed.

What’s your favourite type of kink or fetish to draw?

My absolute favourite thing to draw is transformation and hypnosis. In terms of BDSM, the concept of someone else deciding how you look, think and feel is such a turn-on to me. Whether someone wants their muscles pumped up to rival He-Man, or to be dipped in a vat of rubber like a candle, I love it! The old Batman shows of the 60s are a huge influence for me in terms of bondage ideas. Back then, they had these huge set pieces that our daring heroes would be trapped in — such as a giant hourglass or a comic book press. That era of campiness is long-gone now, but that’s exactly how I still think of superheroes and the kind of zaniness I like my work to reference.

When people commission your kink-related work, what sort of illustration are they generally looking for?

Most of the time people want me to simply draw them in their gear. People spend so much money on their fetish gear, they want to get something drawn to enjoy how they look and celebrate their unique appearance. Full-on scenarios do happen, but it’s a lot rarer compared to simple vanity pieces. Most people who hire me have never hired an artist before, so they don’t always appreciate how liberating art is in how you’re not obeying the laws of reality.

I talk often with friends about the sheer contrast in people that hired me through the fetish scene compared to the furry community. With furries, people have a character that they know isn’t real, so they already feel they can do anything with it. Be that being 80 feet high, or pumping their junk to be three times as big as the character themselves. From the fetish scene, people who are using themselves as a character want to retain some sense of realness with what they can do, so they don’t go super-crazy in what they’re after. 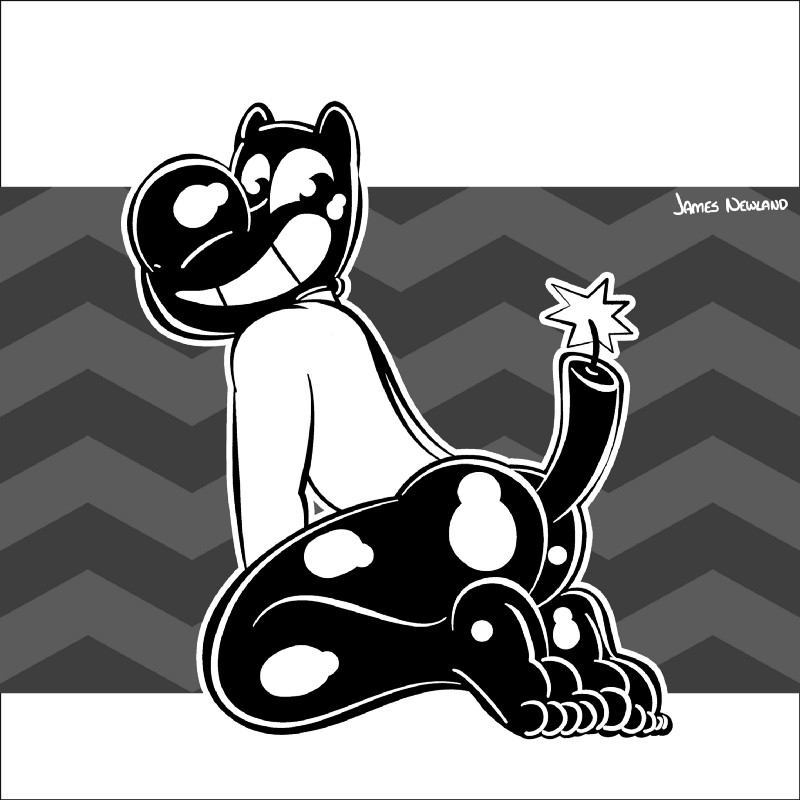 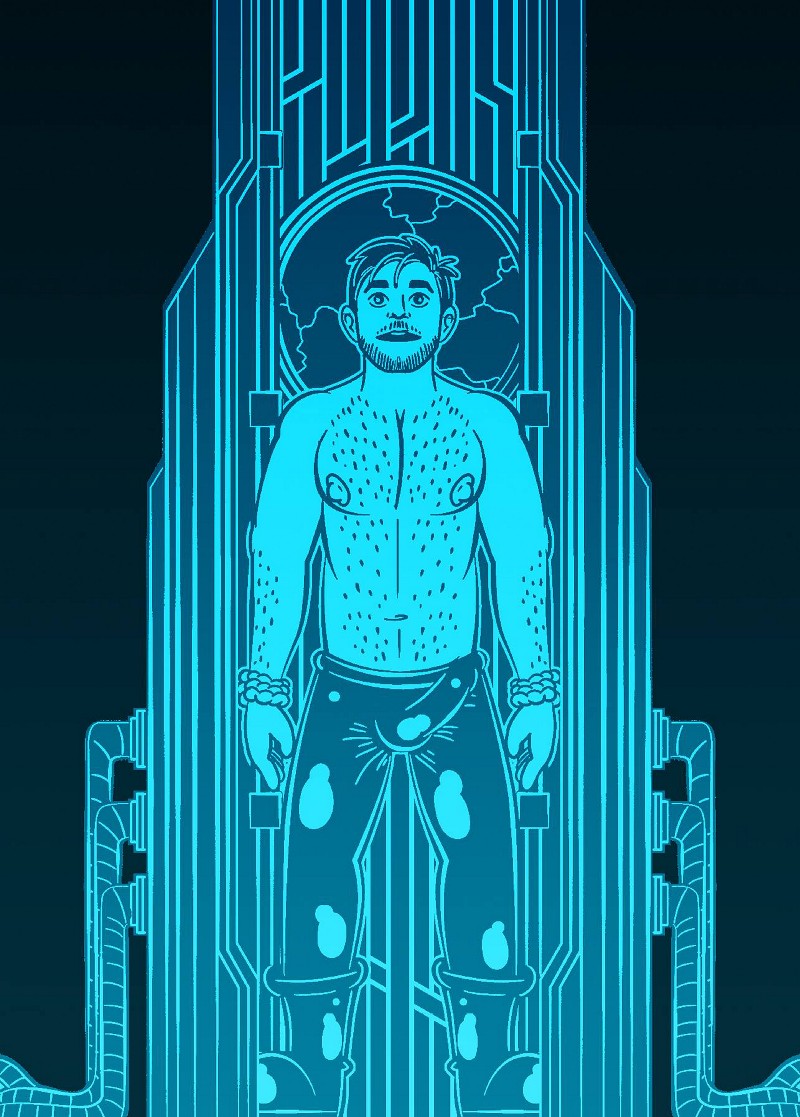 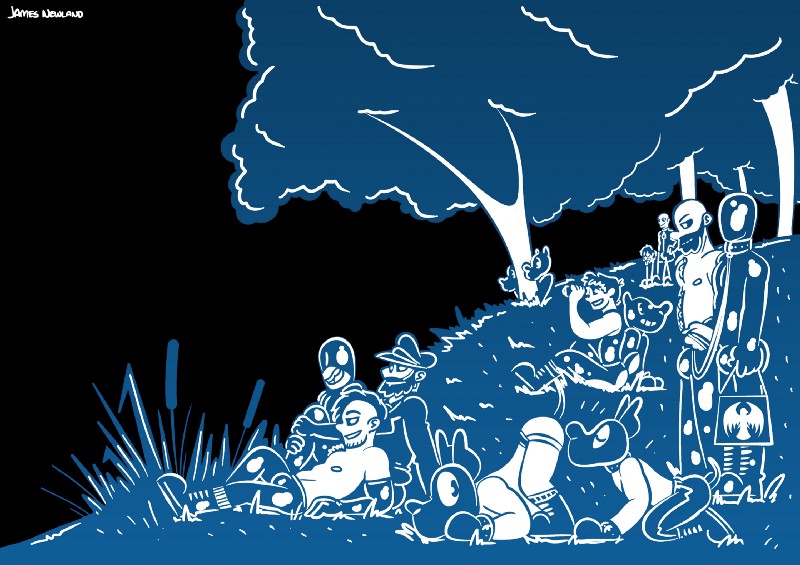 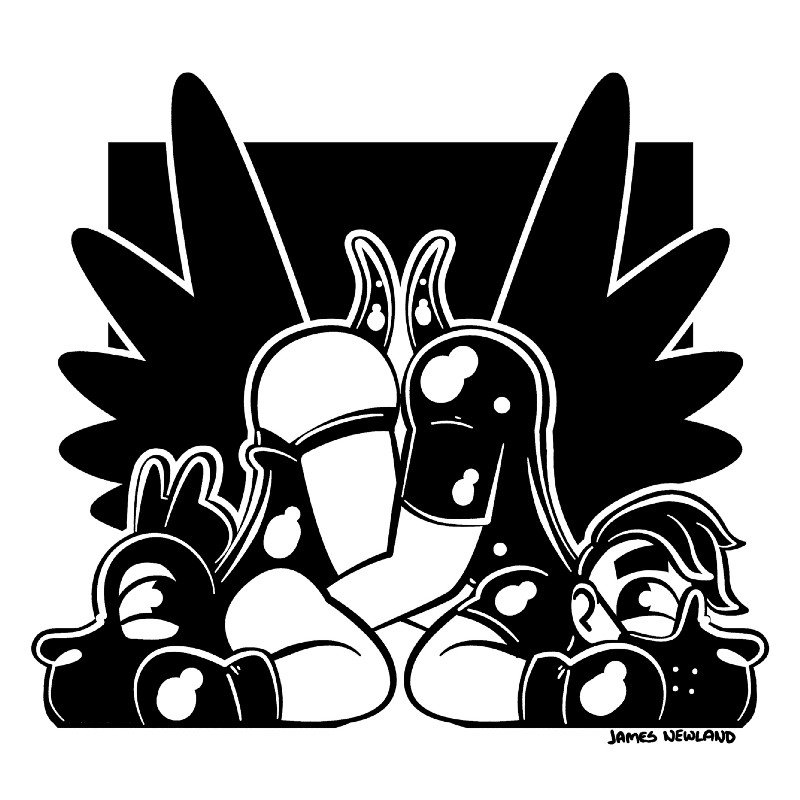 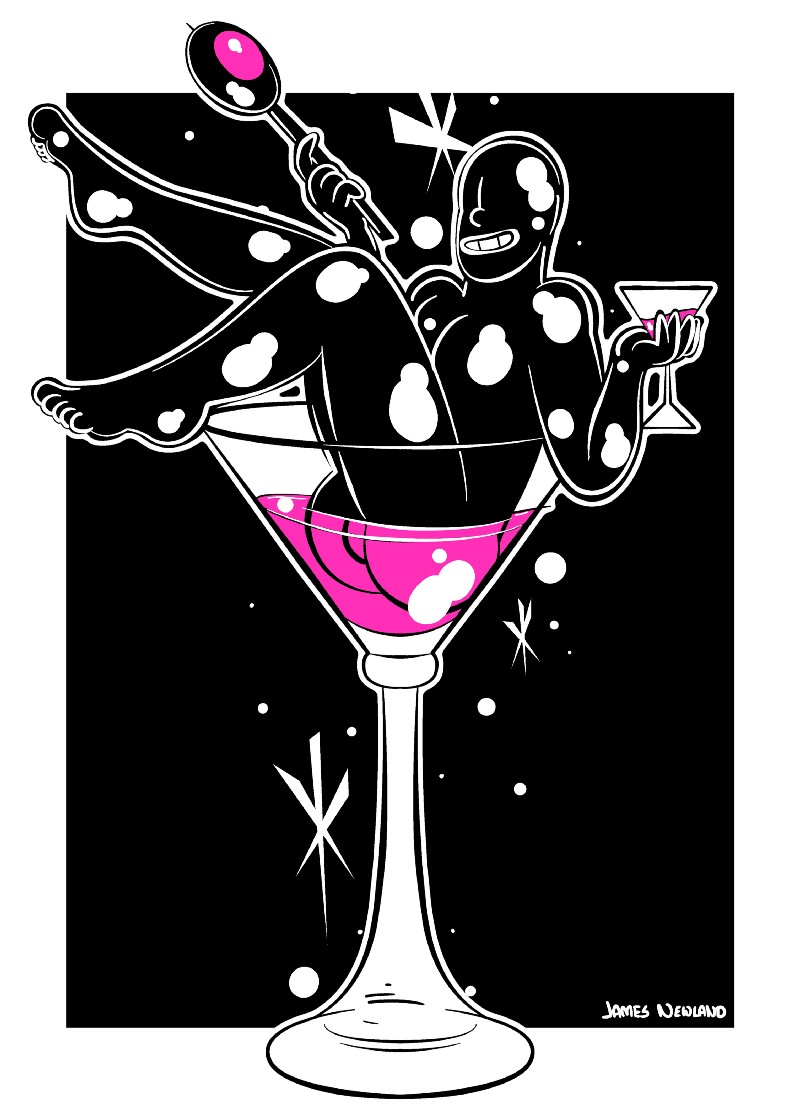 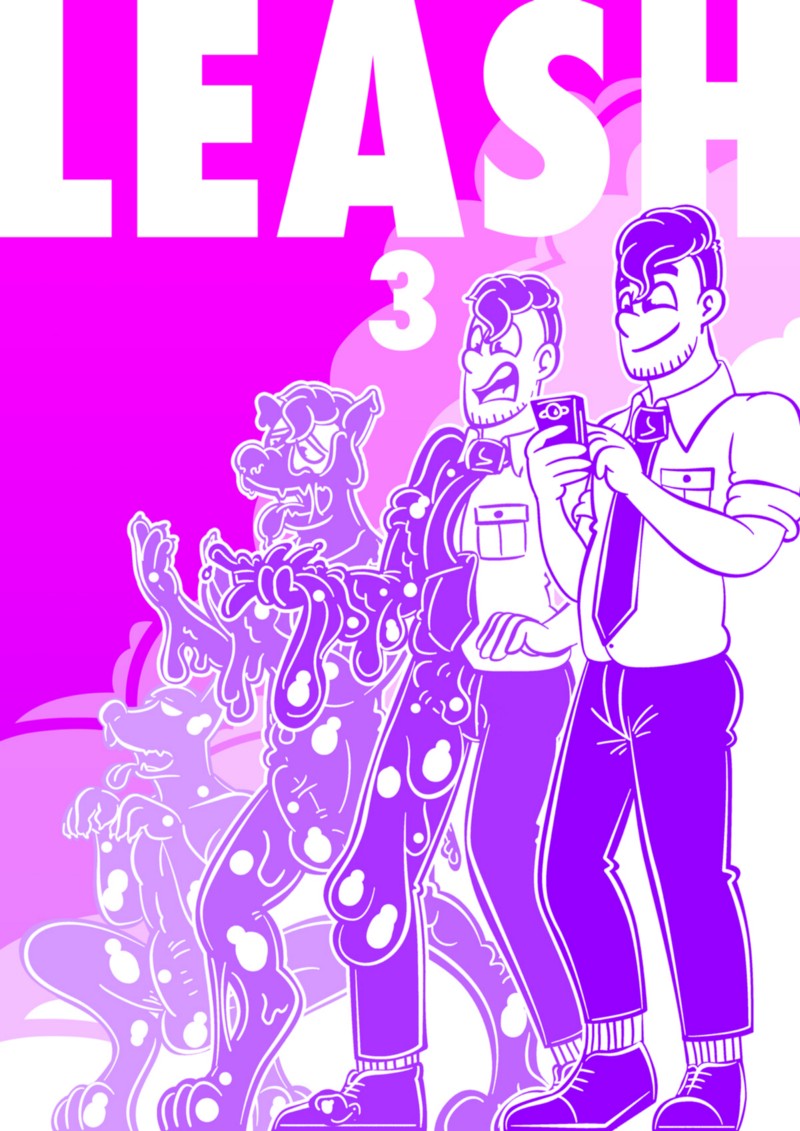 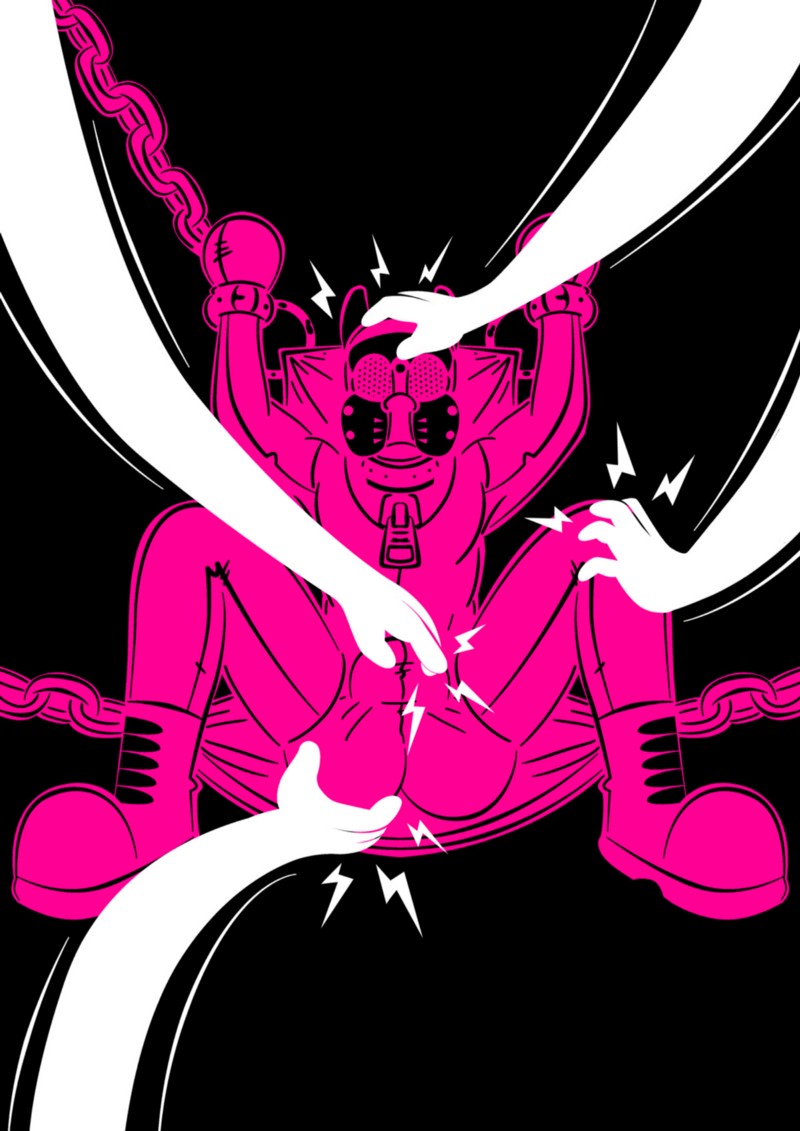 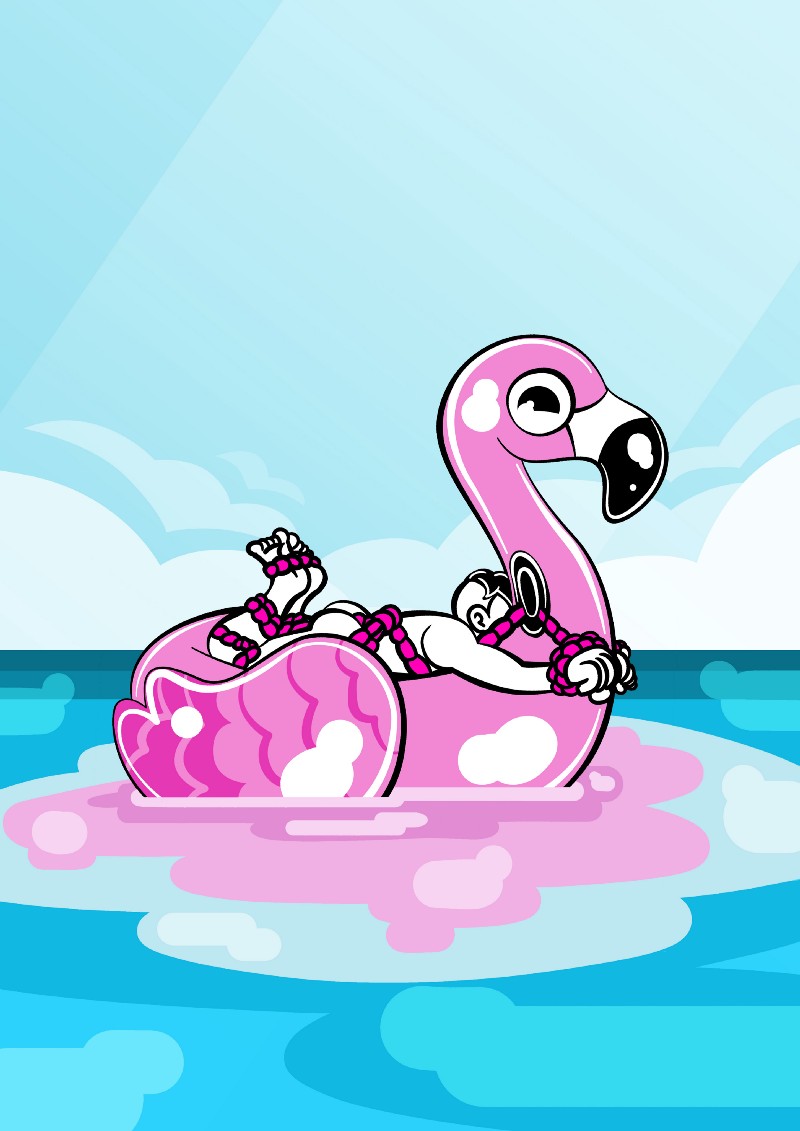 Writing a book of poetry?