Culture
Home›Culture›The Male Gaze: Three’s Company – a collection of short films worth adding to your watch-list

The Male Gaze: Three’s Company – a collection of short films worth adding to your watch-list

If you’re looking to add some queer content to your watch-list, then The Male Gaze: Three’s Company is a collection of short films that is worth diving into.

Short film collections such as The Male Gaze often take you in unexpected directions. This volume – Three’s Company – is no exception, bringing together films from around the world that explore different facets of the queer experience and bring fresh perspectives on the lives that we lead. Highlights include the voyeuristic thrill of bears on the beach, and the gentle stirrings of paternal instincts in Brussels. What stays with you after watching the films presented in Three’s Company is that love and life is a fairly messy proposition – it doesn’t always play out the way that you’d planned, but the ride is always interesting.

Three friends break into their old private school to try to recapture their adolescence, but troubling memories make it difficult to reconcile the boys they were with the men they want to be.

The sun is setting on couples Rico and Eva and Friedrich and Julia’s forest road trip. Tight bonds have formed across the group, none more so than between free-spirited Rico and vertical thinker Friedrich, who is coming to terms with a side of his sexuality that had previously remained in the shadows. As the foursome drink, party, swim and while away the hours by a picturesque lake, the food supplies dwindle, and the sheen starts to come off their idyllic escape.

The Middle of a Lake

After the cremation of his father, Vincent and his family gather relatives in the back of the family butcher shop for a final tribute. A meal is laid out, bottles of wine are opened, speeches are made – yet there is tension in the air. When Vincent announces to his family that he will leave early with his boyfriend Olivier, brother Thierry enters the fray.

On a Saturday night in the Paris, two men get into a fight – frustrated with the way society reduces them to stereotypes. But they become united in their hatred for someone they despise even more than each other.

Kiko, a Japanese illustrator on assignment in France, spends her days drawing in the peace and quiet of the coastal dunes. One day she is suddenly overwhelmed by a strange new inspiration, in the shape of a pair of nude muscle-bound lovers who she spies frolicking in the surf. Before long, spying on the men and putting their sexscapades to paper becomes a regular obsession, to the point where the barriers she has created around her begin to crumble, and she can finally break free.

Stuck in Iceland due to a volcano eruption that has blotted out the skies, a pair of worried parents call upon their friends Jean and Vincent to take care of their baby daughter. For several days, the precocious Thelma makes Jean and Vincent’s lives a living hell. But before long, the couple warm to her and open up to their parenting side.

The Male Gaze: Three’s Company is distributed by NQV Media 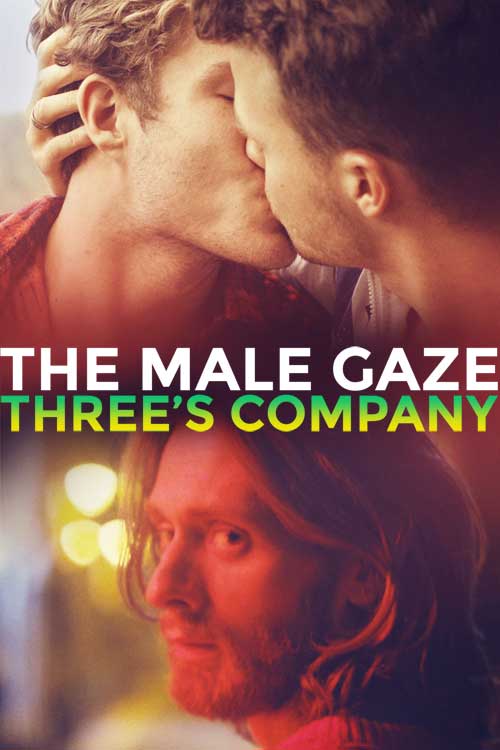 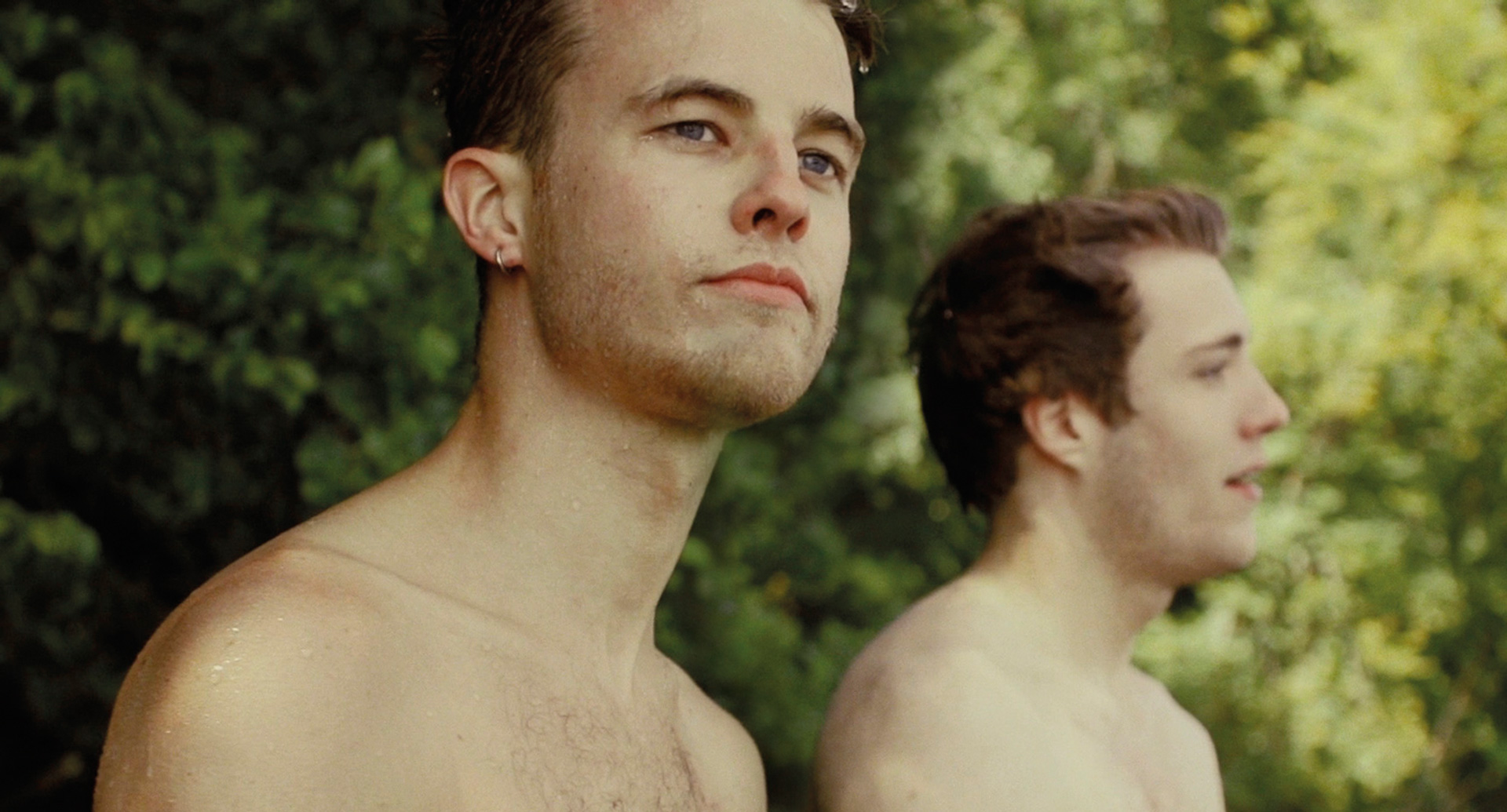 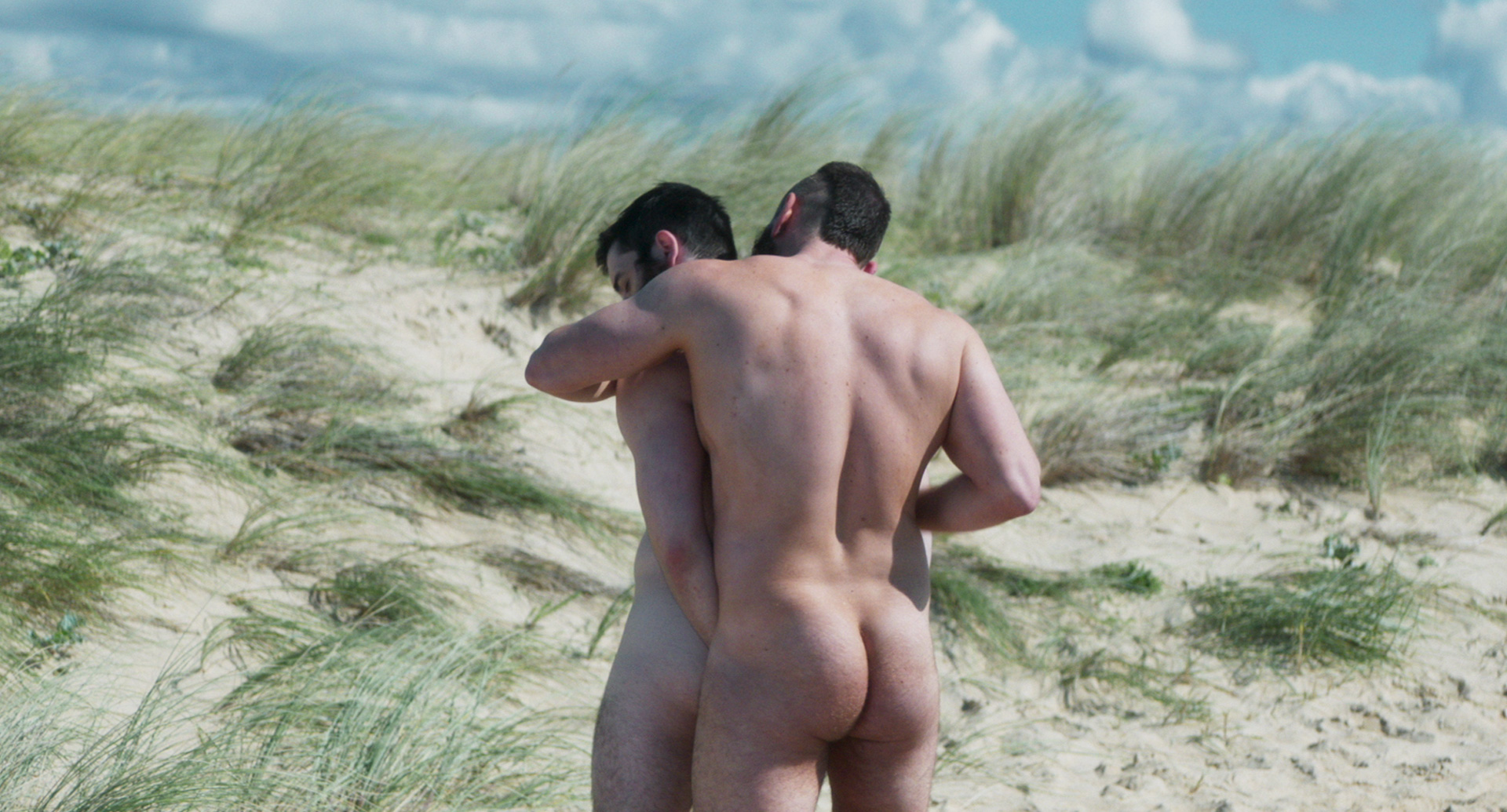 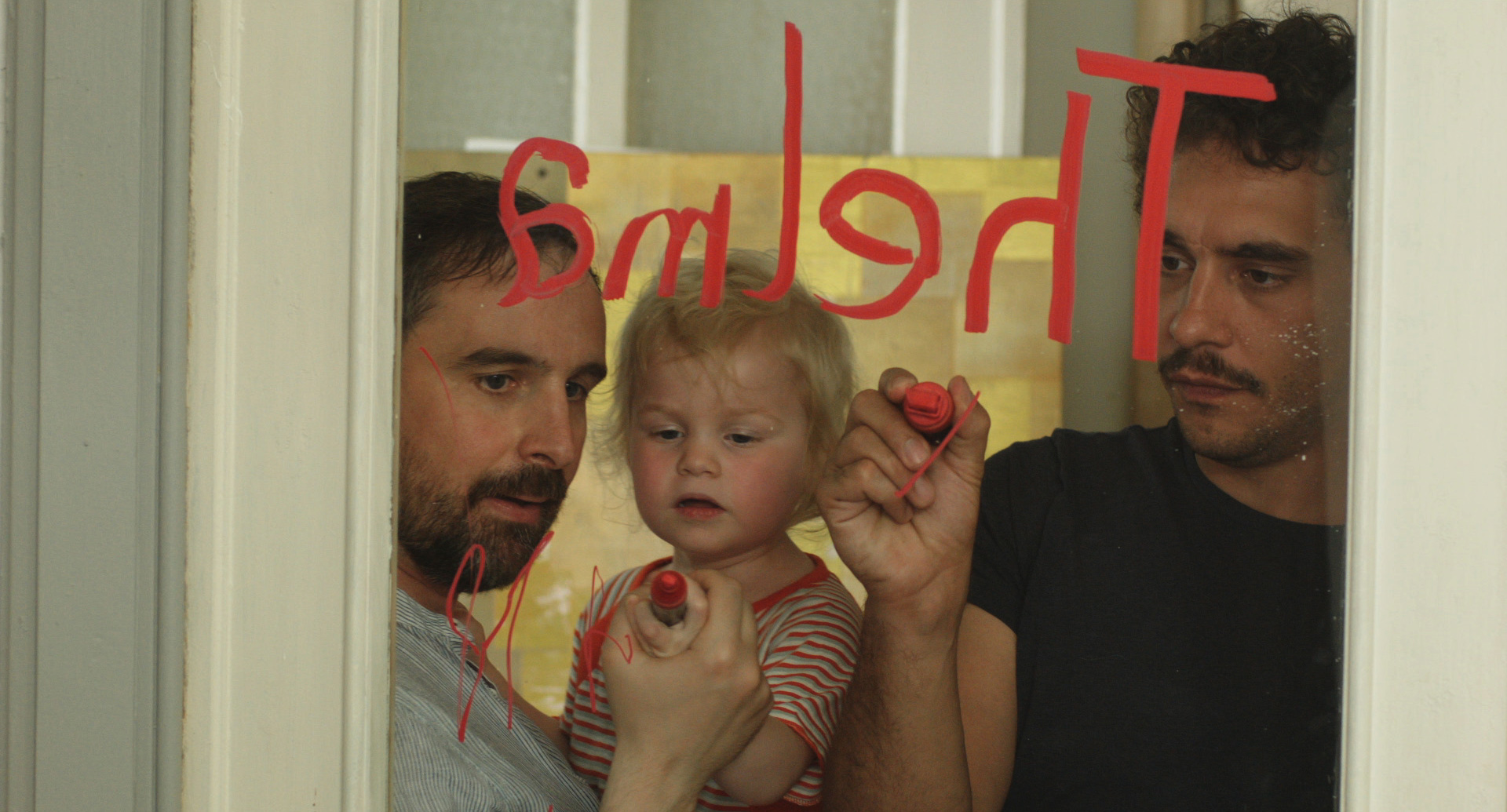 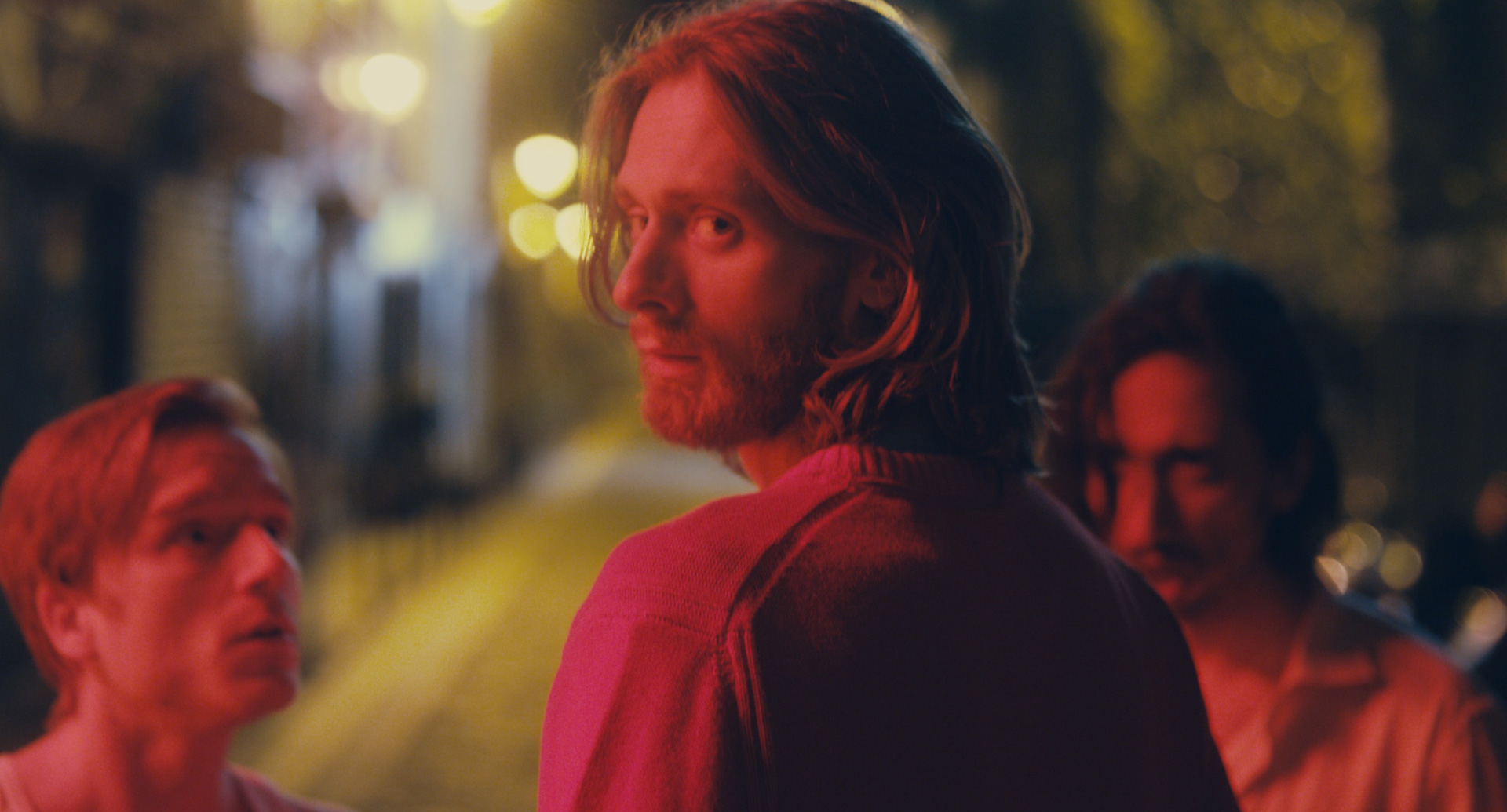 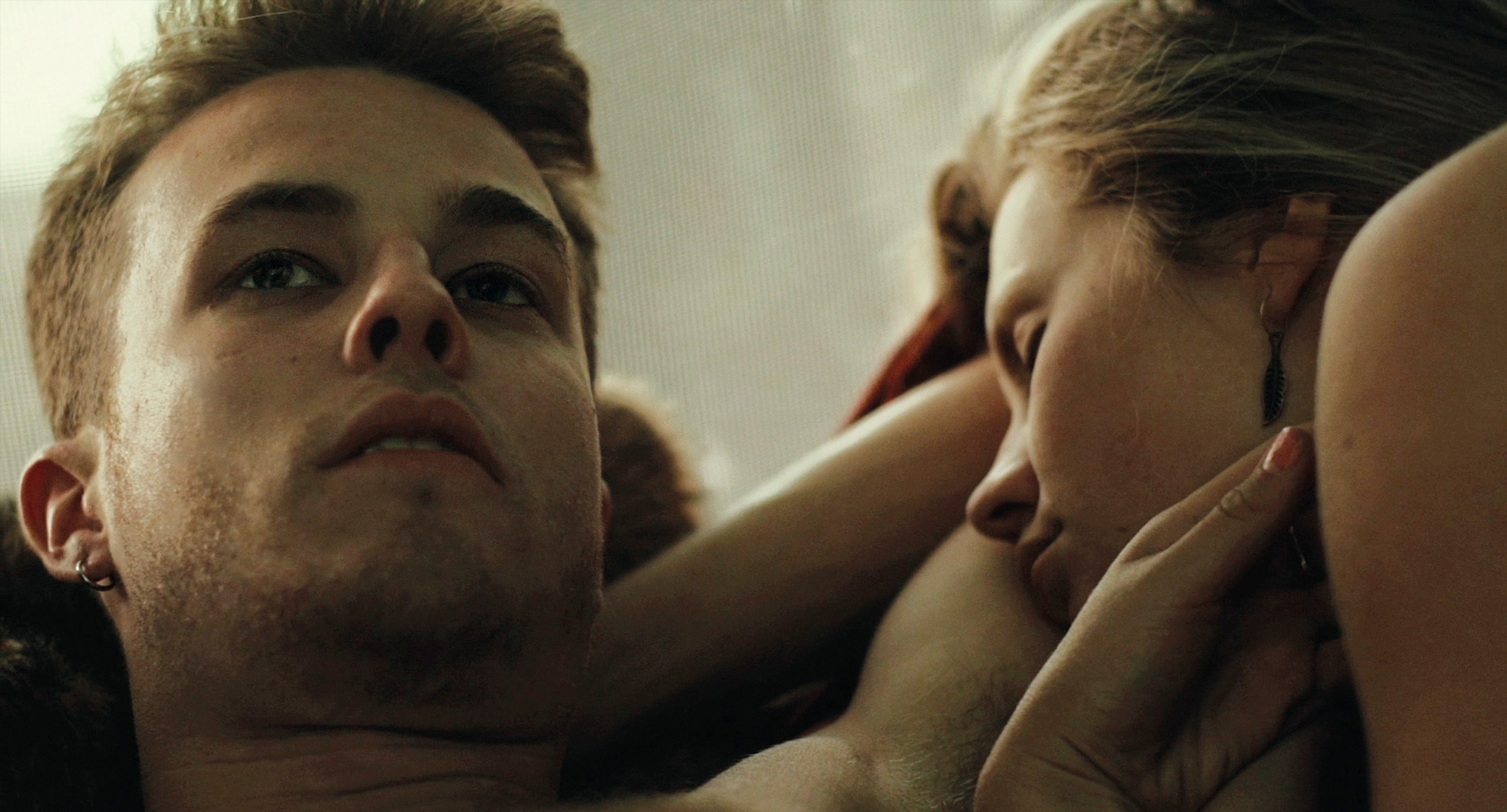 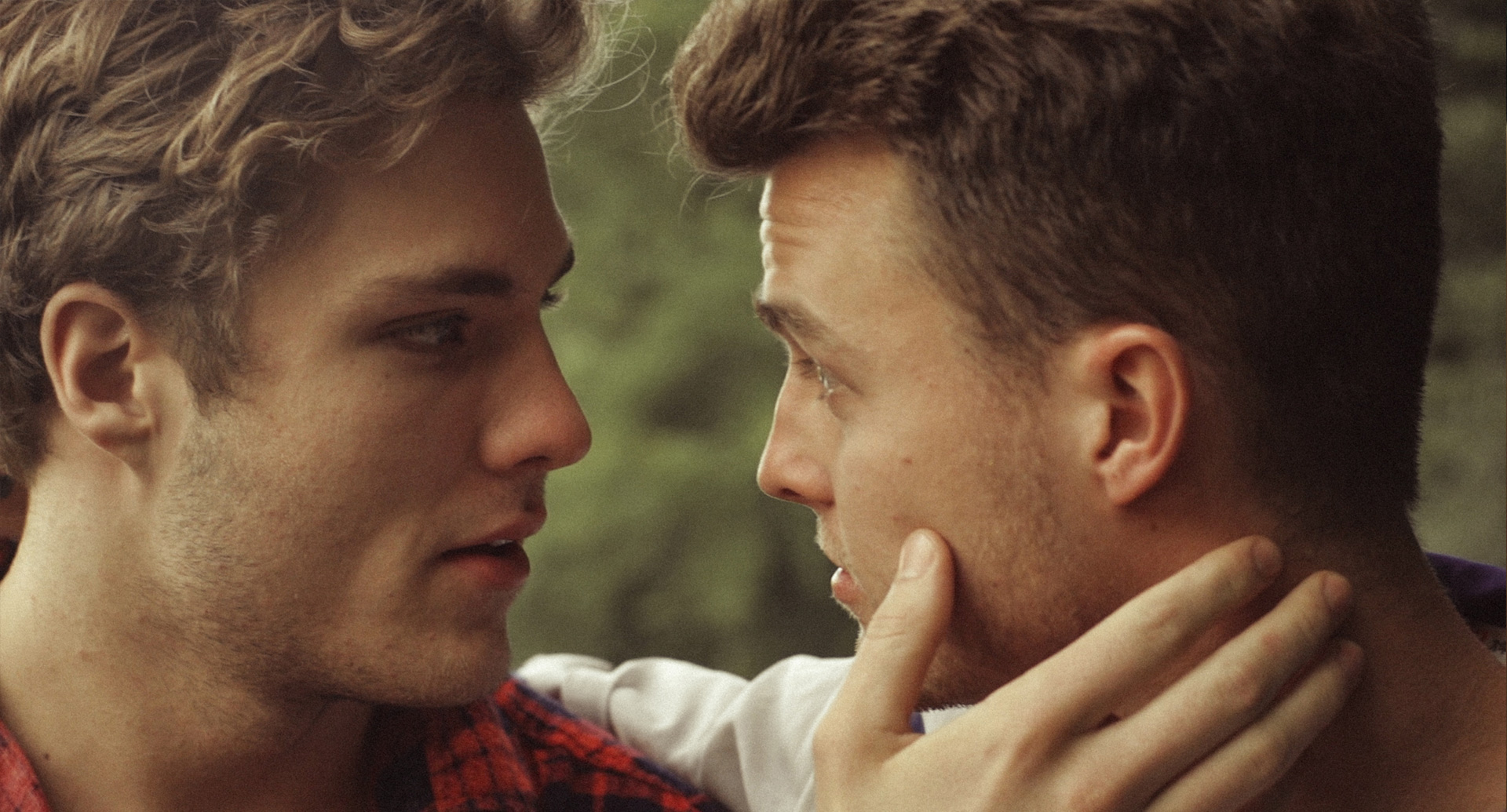 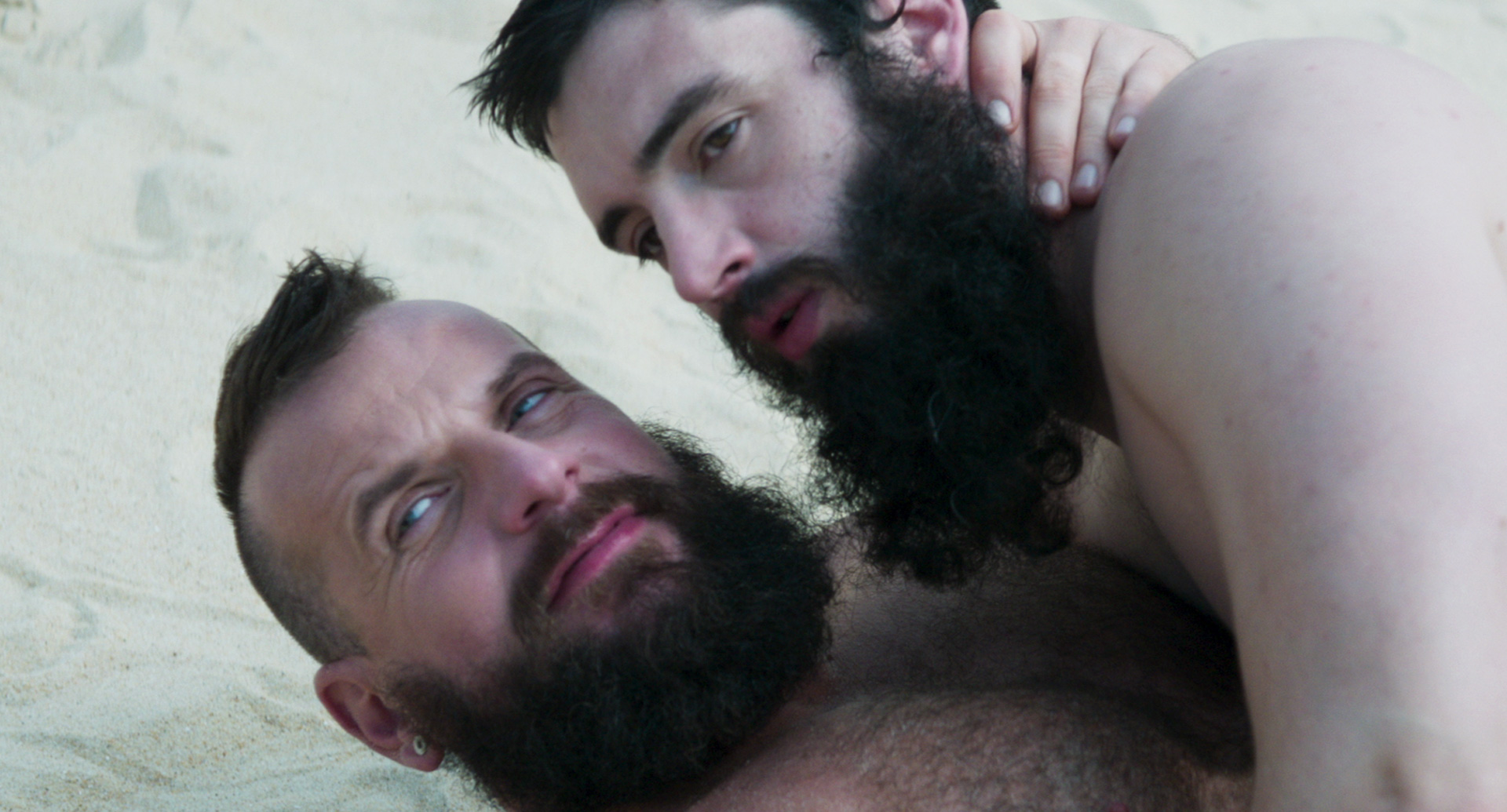 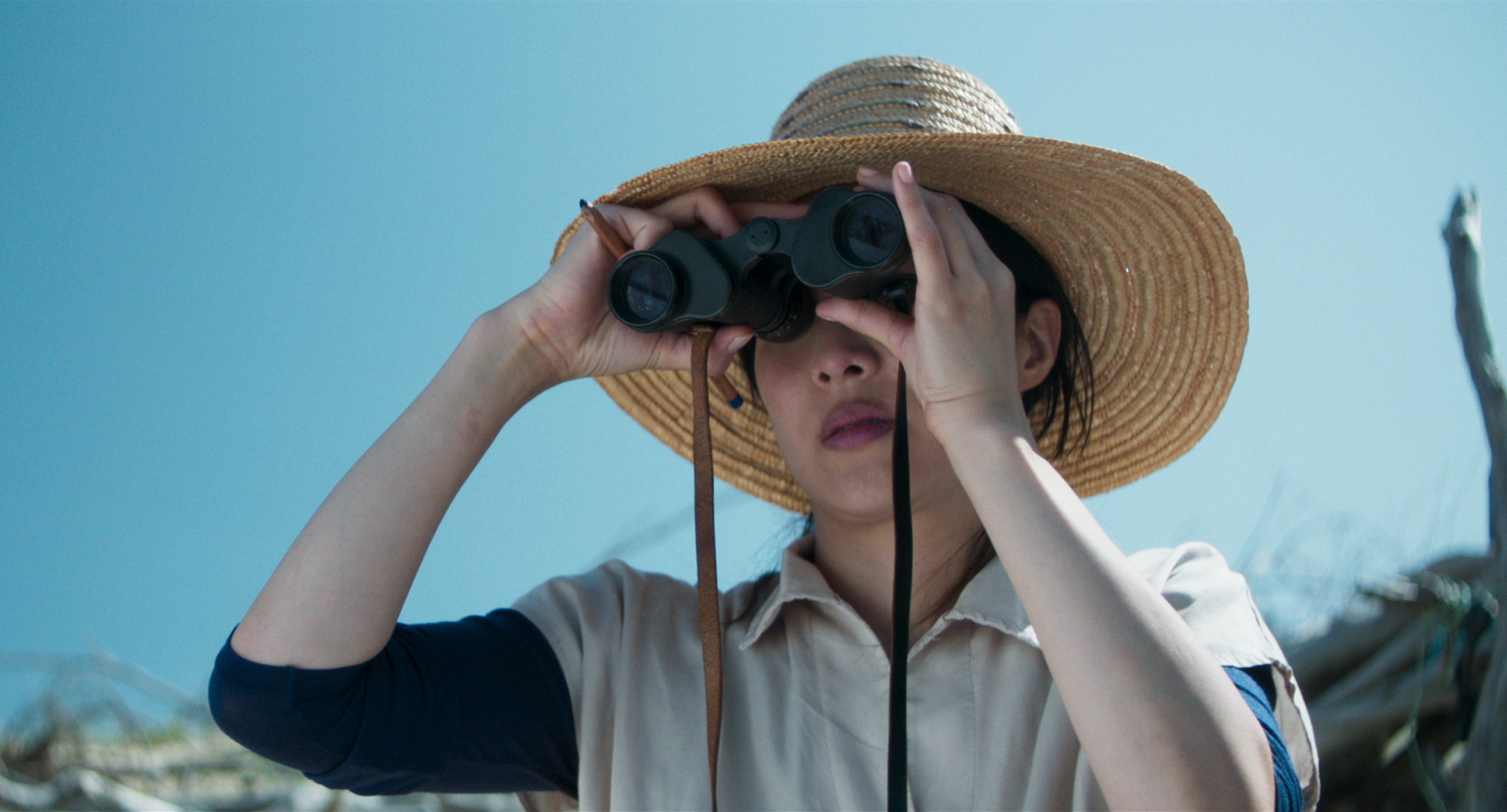 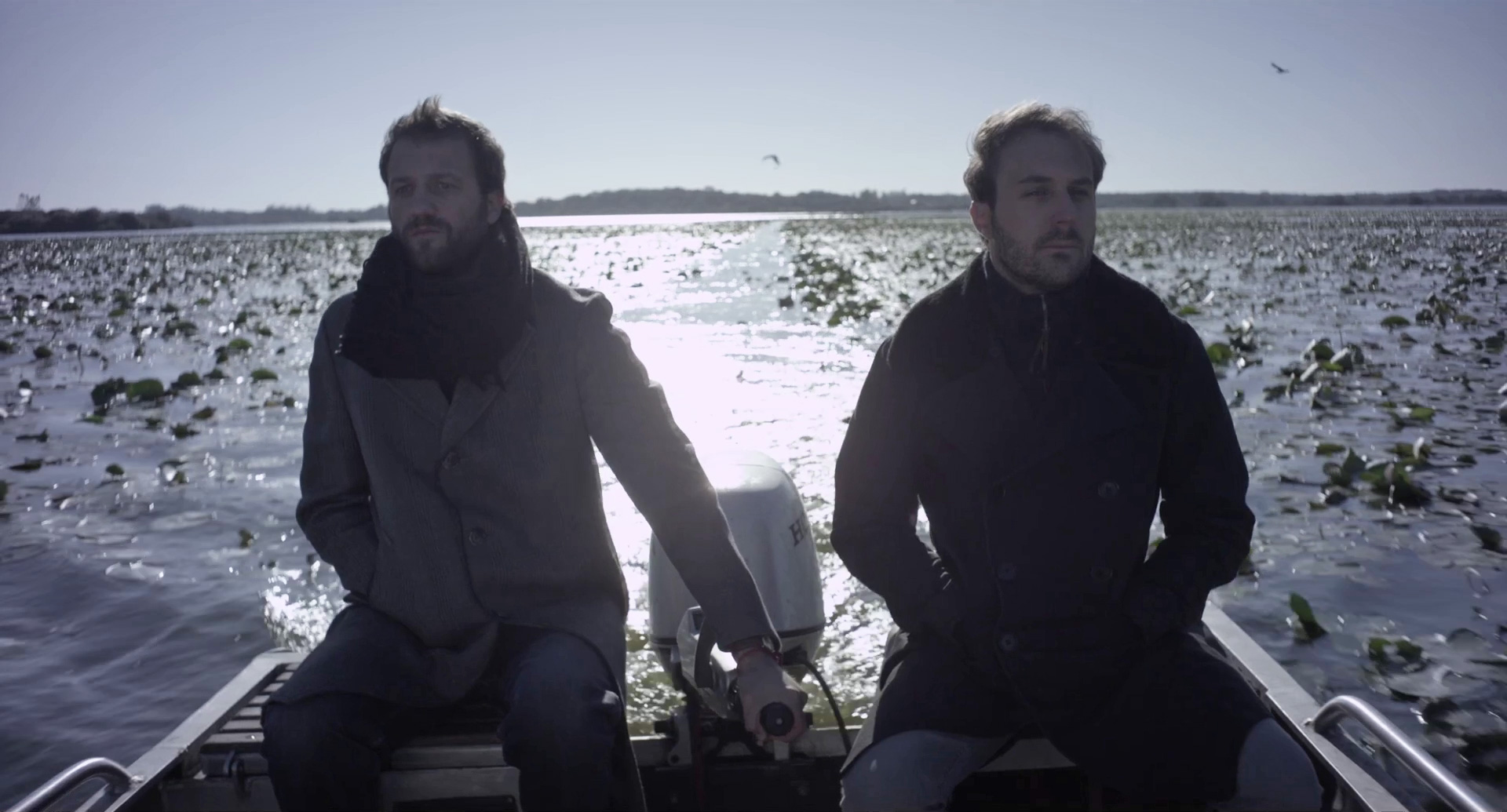 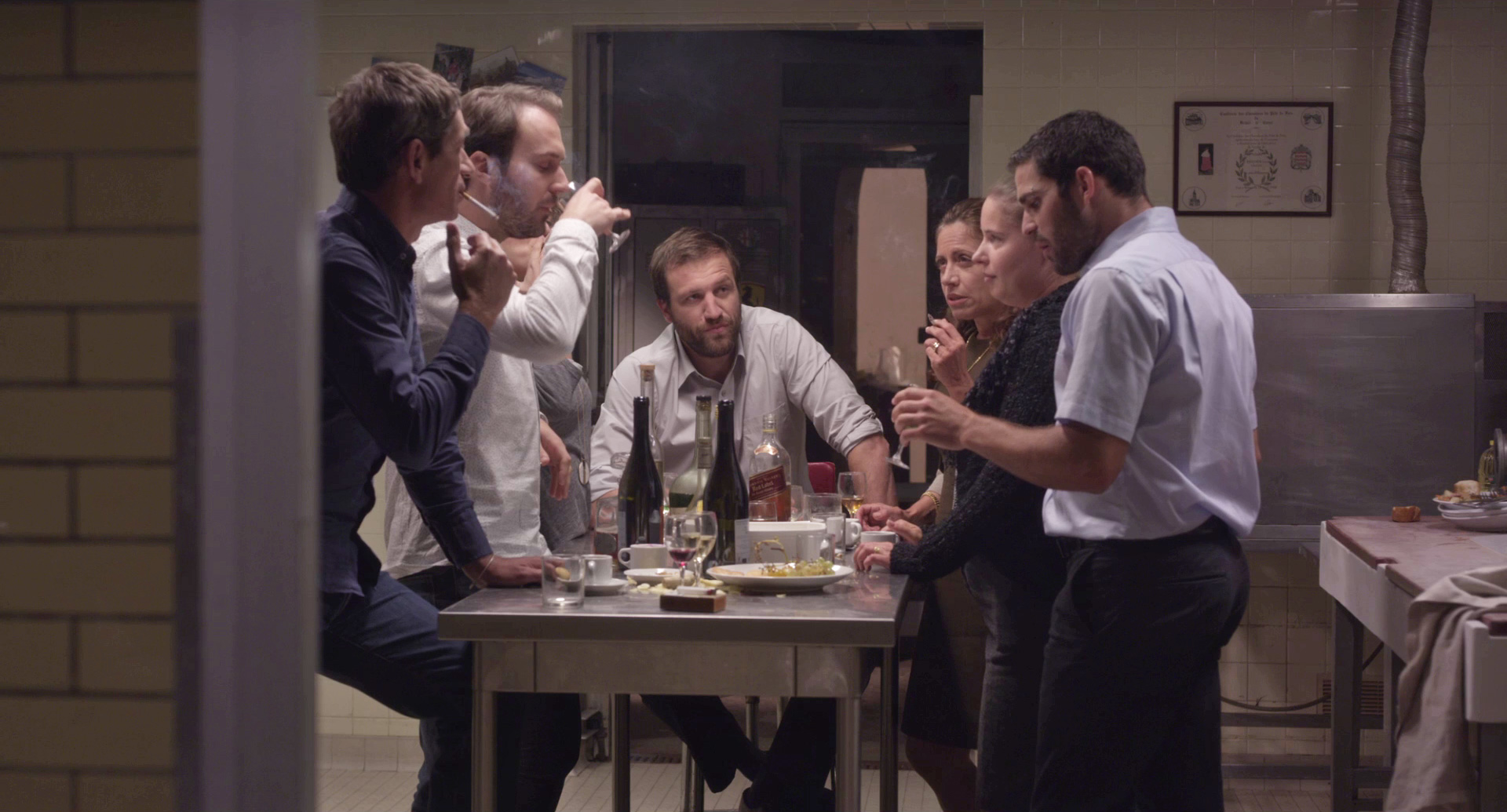 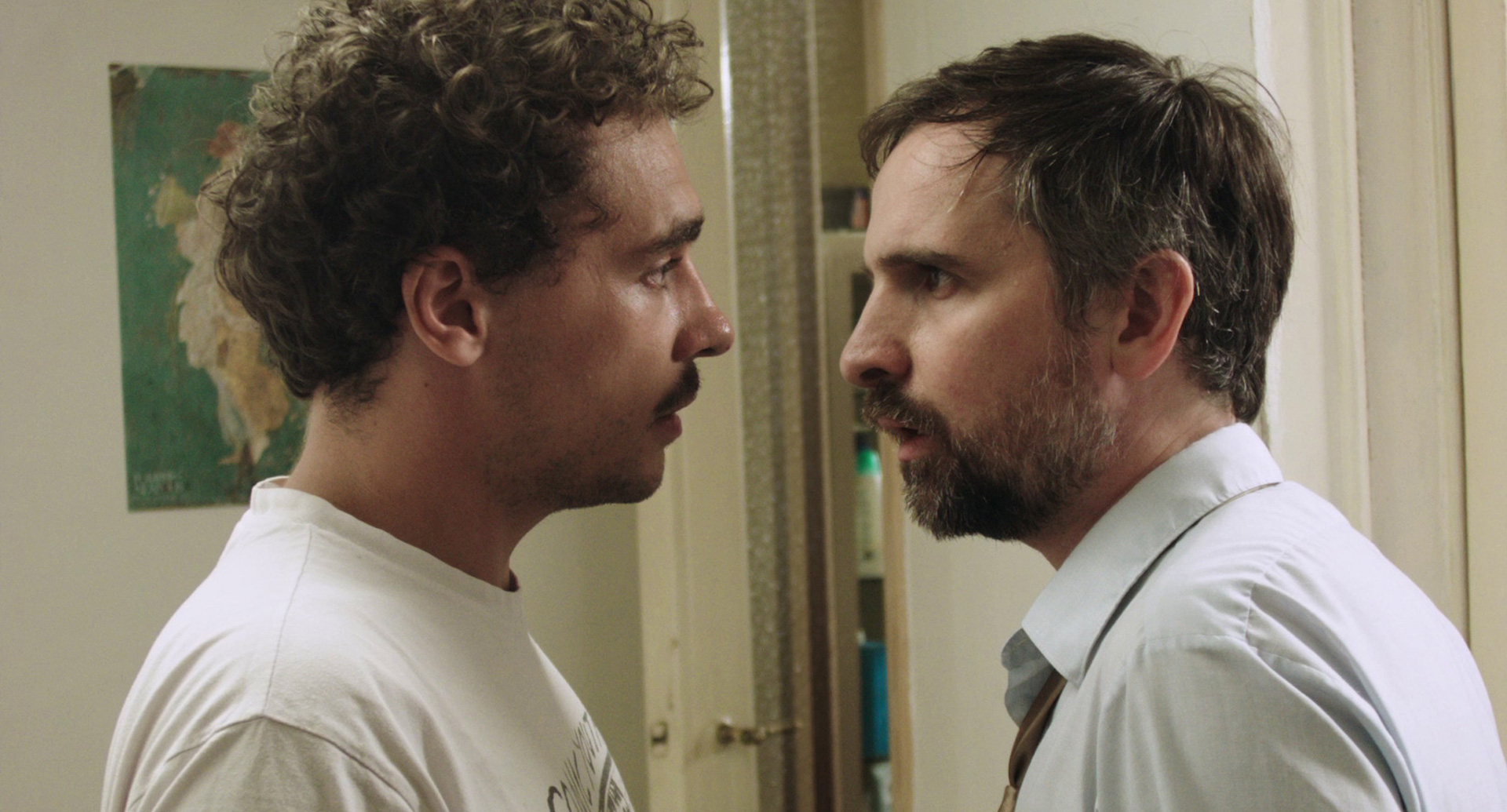