Created by Butch McLogic, the sexed-up character of Tug Harder is back in action in Tug Harder: The Chronosexual #1.

This issue gives us three tales chronicling the adventures of Tug Harder.

Helpfully, McLogic opens this issue with a recap – giving us a bit of context as to how Tug became the time-hopping sex-warrior that we all aspire to be.

We’re in Ancient Rome at its most decadent – there’s lusty soldiers, Caligula going off his rocker, and there’s a horse.

The second story is a quick visit to the Library of Alexandria in 116 A.D. Well, it would be a quick visit, if only Tug could find a way to break out of the time-loop he’s stuck in.

Sanctuary of the Snow Daemon

In the final story, the year is 1714 and Tug takes sanctuary from a blizzard in a remote monastery high in the mountains. This adventure involves grappling with a Yeti – but that’s the least of his problems!

I particularly like the historical settings that are explored in these stories. I’ve also got a lot of affection for the character of Tug Harder – he’s the ultimate DILF, just an ordinary guy who finds himself in extraordinary situations. An ordinary guy who really enjoys sex – lots and lots of sex.

You’re probably going to want to add this one to your reading list.

Get your hands on Tug Harder: The Chronosexual #1 from Class Comics 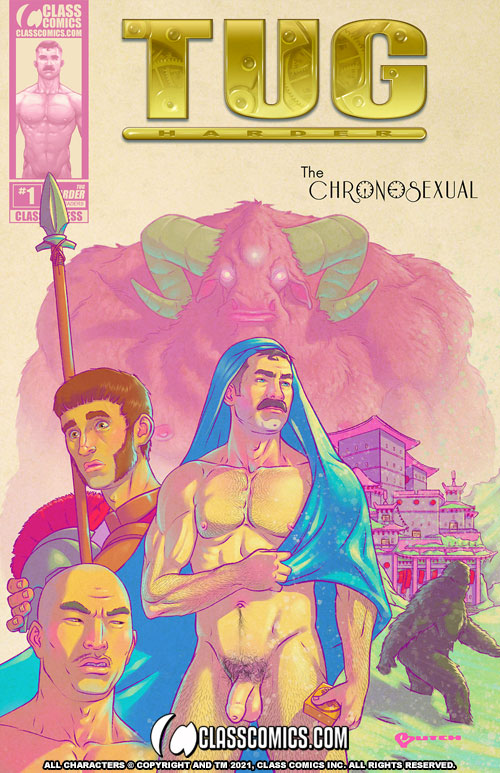 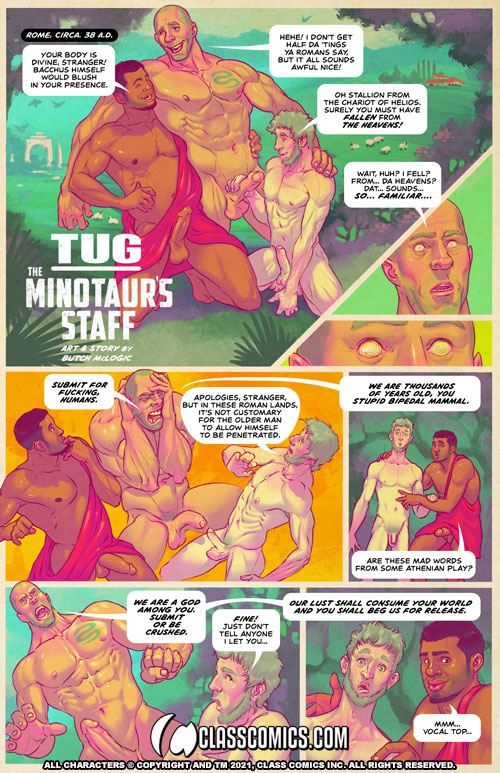 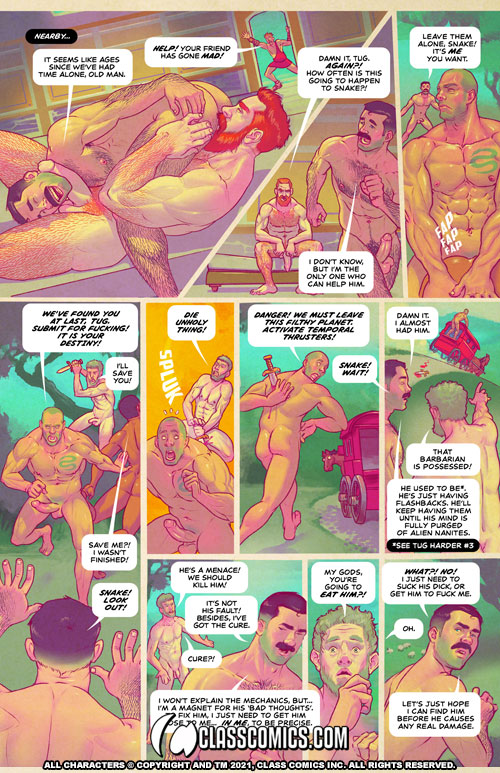 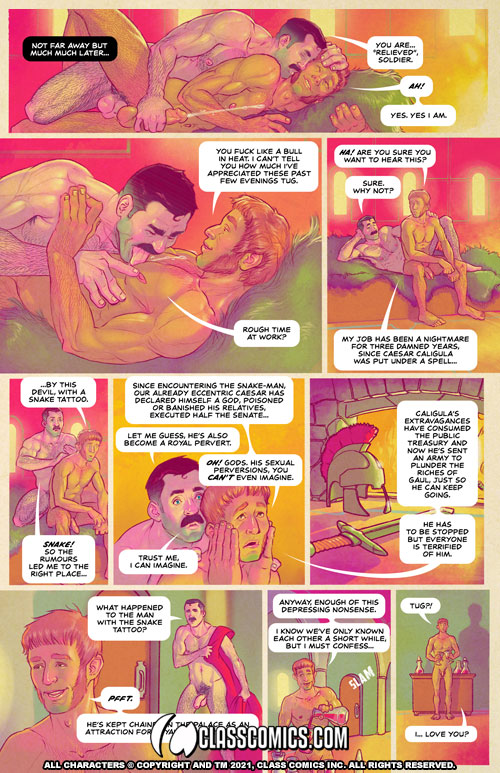 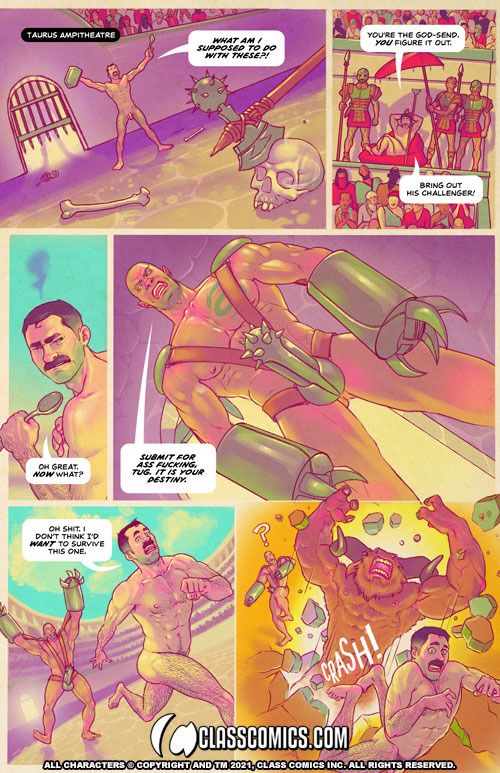 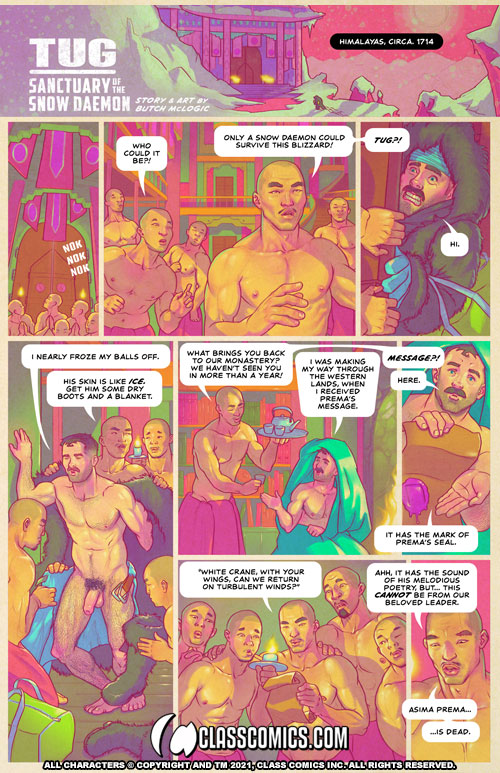 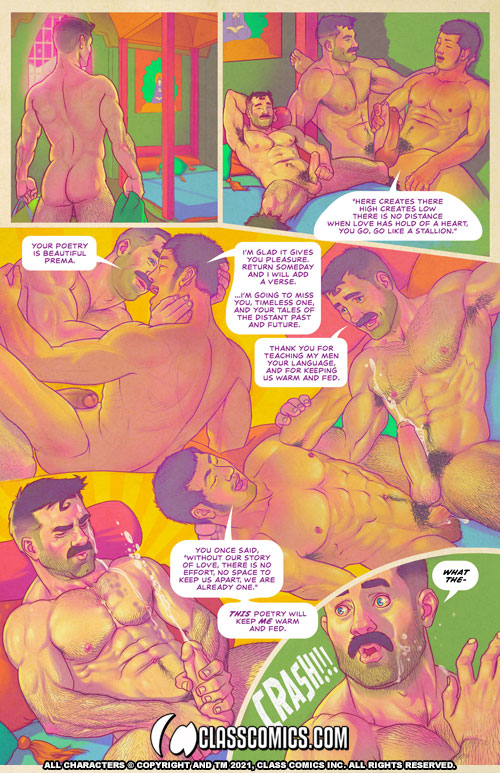 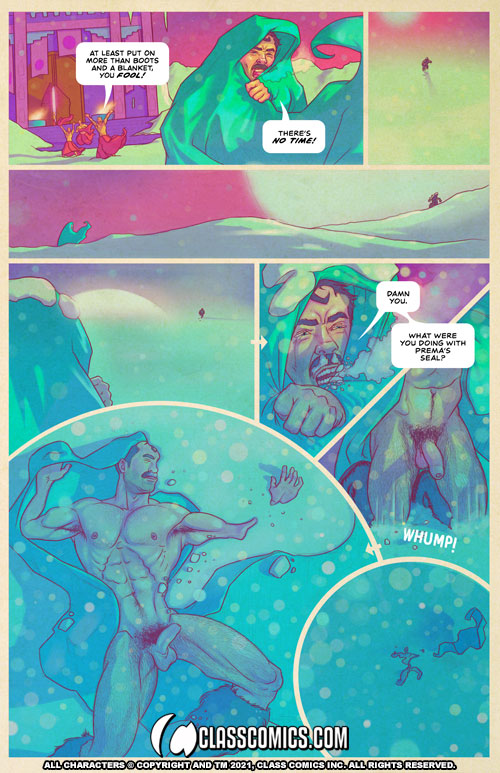 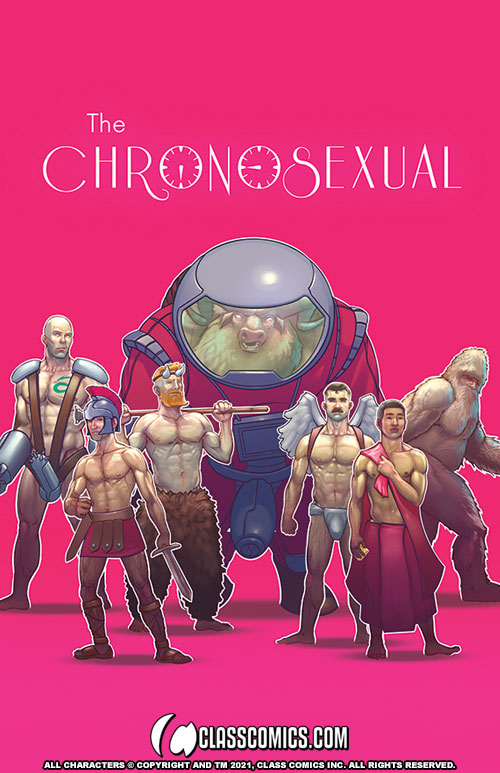