According to the reporting by Treasure Island Media, gay Ukrainian soldiers wear a secret symbol into battle to help identify themselves to each other – and now they’re sharing their secret with gay men around the world.

The Achilles Brotherhood is a group of man-loving Ukrainian troops currently fighting on the front line of the ongoing Russian invasion. The merchandise from Treasure Island Media features the Brotherhood’s special symbol.

Funds donated through the sale of this merchandise will be used to purchase medical supplies for the troops and other equipment such as replacement clothing and boots.

“These brave gay men are not just battling for the freedom of their country – they’re also in a fight to the death against a homophobic regime for the right to live freely as men who love men…” explained a spokesman for Treasure Island Media. “On that front, they fight for all of us – and they need our support. By wearing this gear, you can support these gay heroes and help make a difference to their fight for survival.”

The soldiers’ emblem features a number of distinct elements which have a special meaning to the men.

The unicorn, in heraldic books, is likened to a brave soldier. The red half of the design incorporates a trident (the national symbol of Ukraine), red fire (a symbol of the threat the soldiers pose to their enemies), and a fire sword (a symbol of the military). The colour white symbolises the nobility of the soldiers.

View the full range of the Achilles Brotherhood merchandise 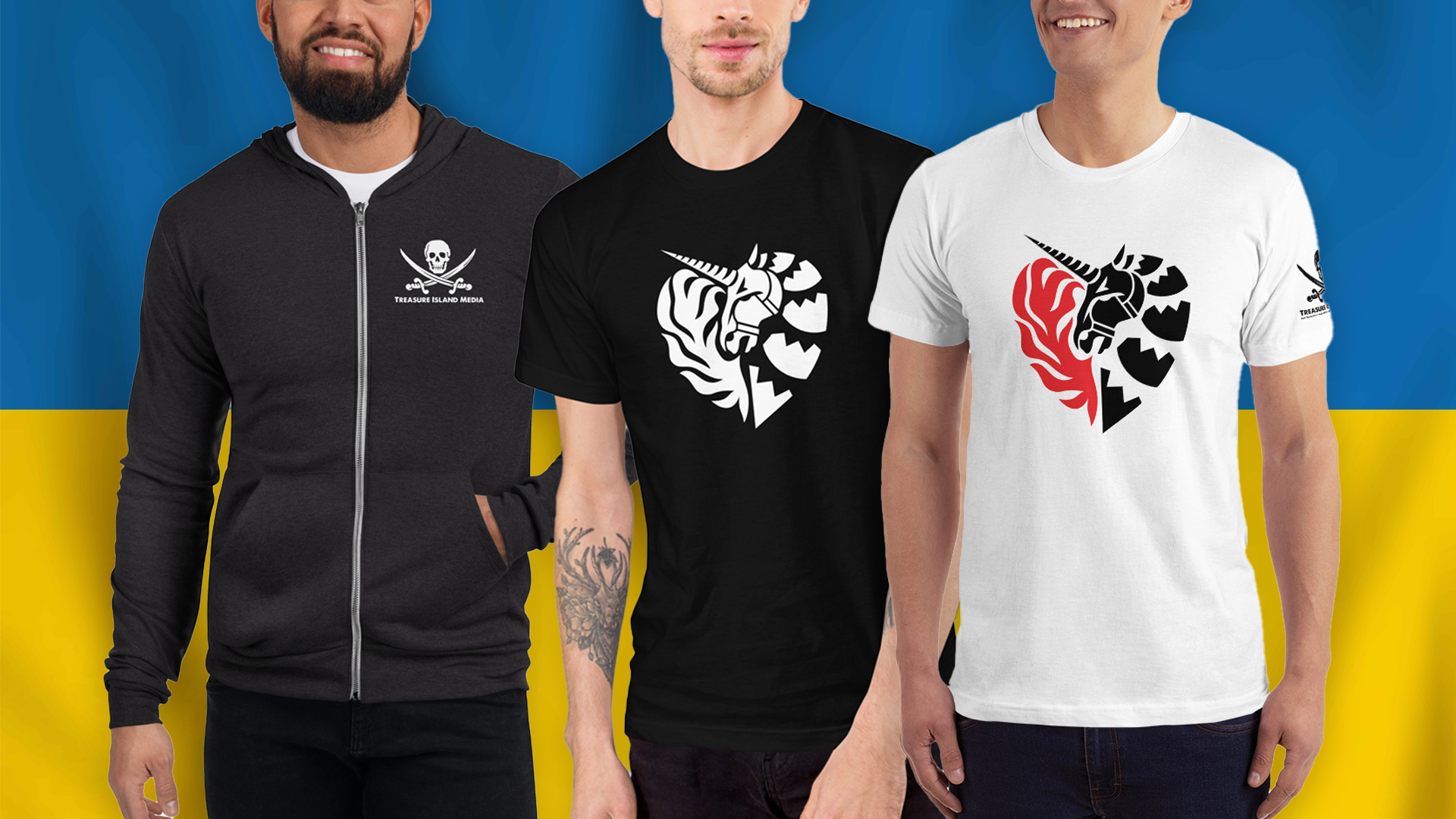 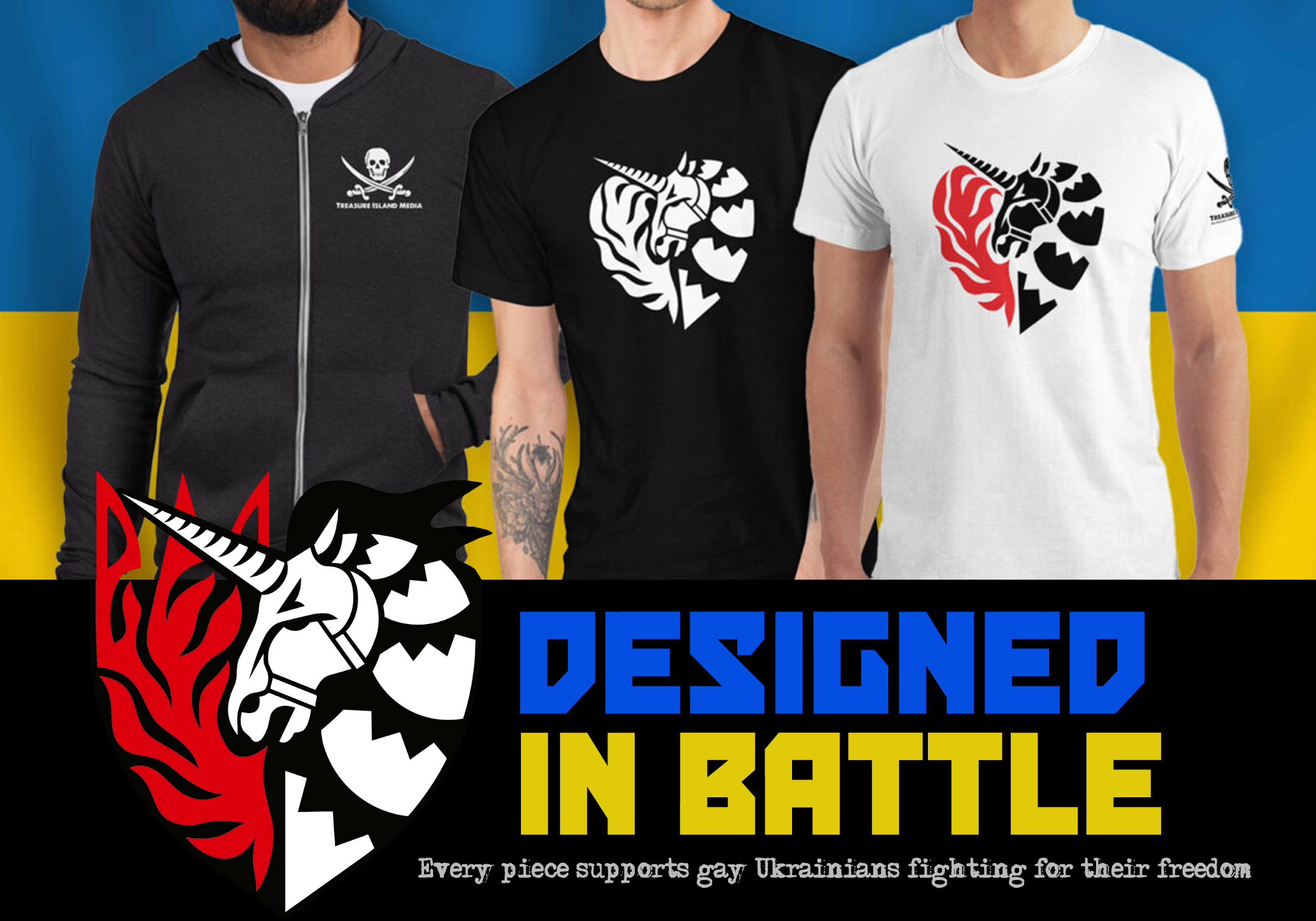 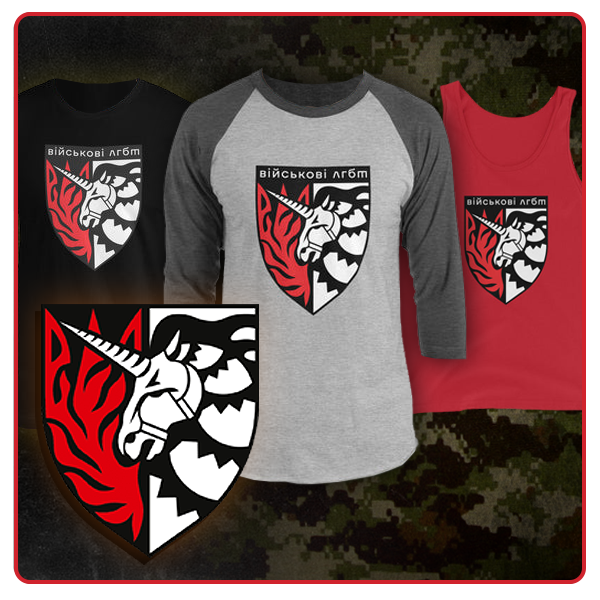 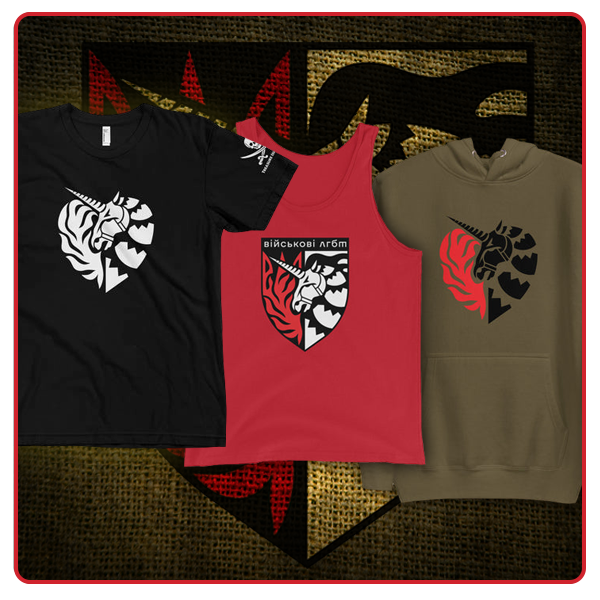 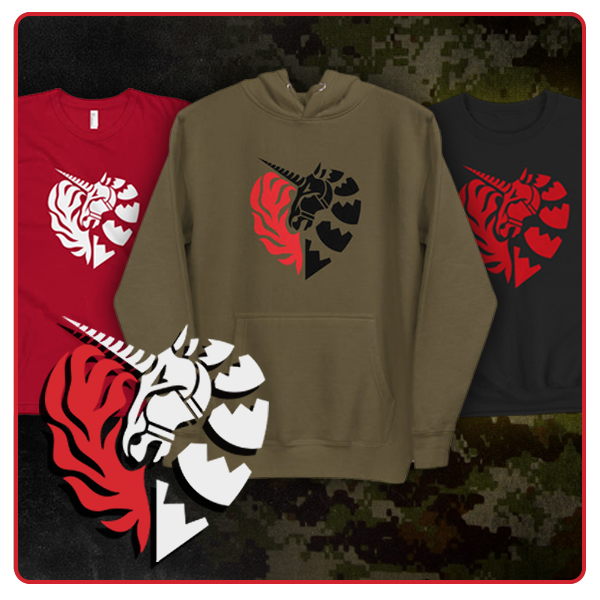 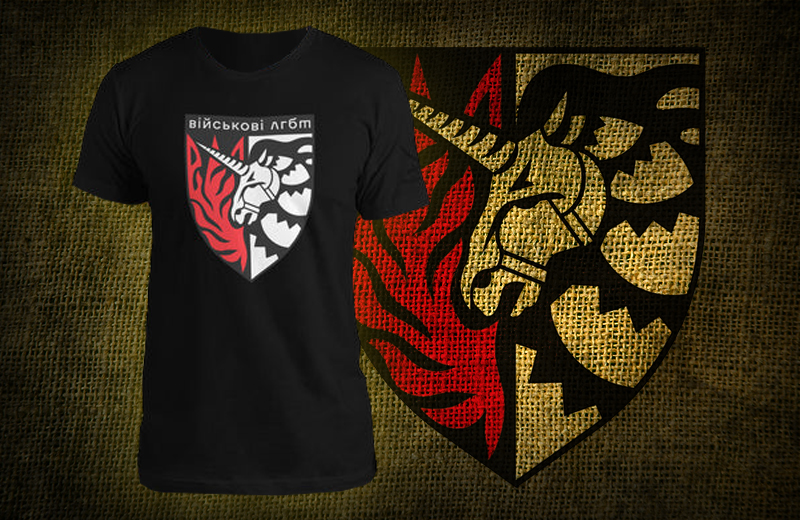 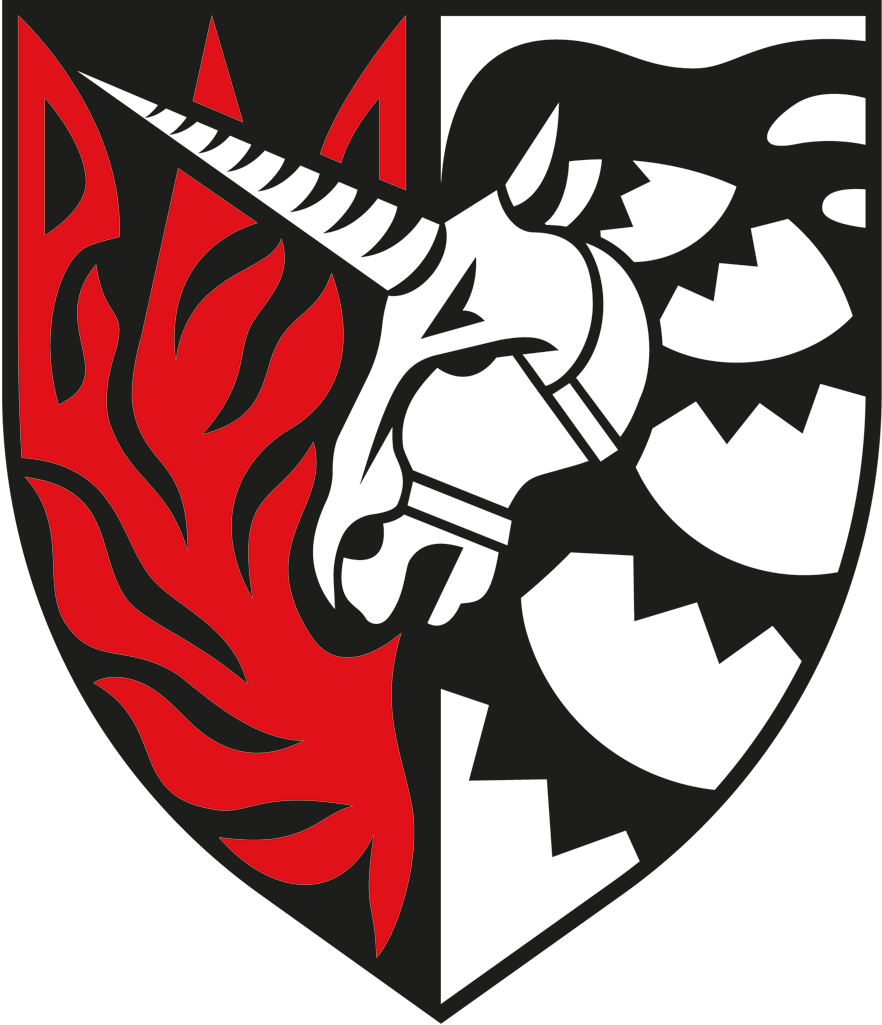 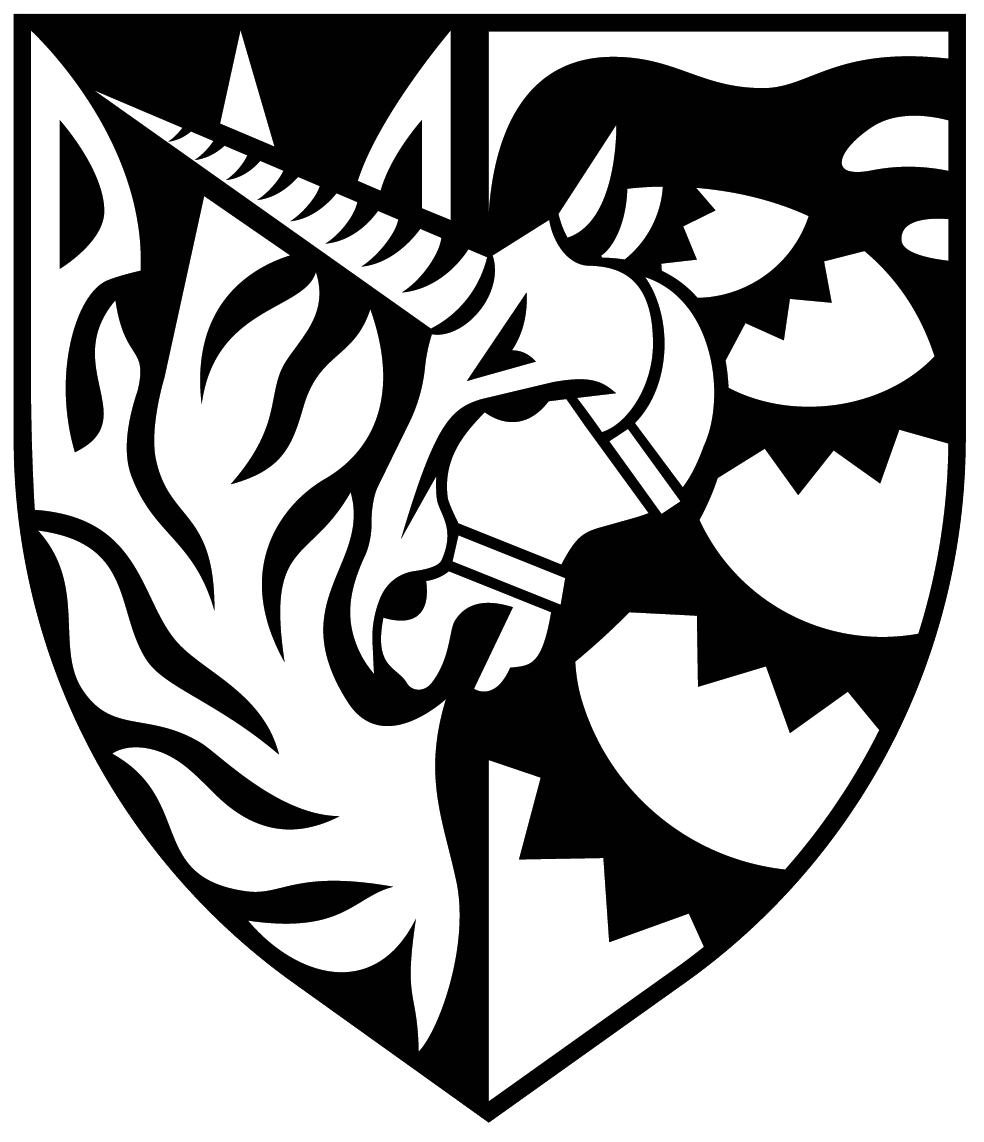 Stories from the frontline of the war in Ukraine

Earlier this year, Treasure Island Media revealed the plight of soldiers like Viktor Pylypenko in an interview from the front line of the war in Ukraine.

The 35-year-old soldier told of the additional threat he faces from Russian forces due to his position as a gay rights activist. US officials had warned that Russia has compiled a ‘hit list’ of people like Viktor they want captured or killed.

“I am an LGBT activist in the military,” Viktor said. “They can arrest my parents, torture them or kill them. So I am really afraid for my parents and I am trying to convince them they should leave but they don’t want to.

“I’m afraid of captivity. If they capture me, I will be tortured and killed in a very brutal manner… there will be no mercy. I think I would rather kill myself than give myself into captivity.”

Read the full article on TIM News, which includes a video interview with Viktor Pylypenko

A beginner’s guide to booking a sex-worker