What to watch: Riot Act

Alexis Gregory’s production of Riot Act will be available to stream as part of LGBT History Month in February.

After premiering in London’s West End, and then touring the UK, a version for online viewing has now also been filmed.

Filmed at the Hackney Empire in London, Riot Act has been created from interviews by Alexis Gregory with three people with different perspectives on the evolution of LGBTQ equality: Michael-Anthony Nozzi, a survivor of the Stonewall riots; Lavinia Co-op, an alternative ‘70s drag artist; and Paul Burston, a ‘90s AIDS activist.

The result is an emotional roller-coaster through six decades of queer history.

“It has been an honour to perform these three extraordinary, hidden, queer stories, all over the UK since Riot Act’s premiere in 2018…” says Alexis Gregory. “With the pandemic redefining what online theatre can be, this digital reimagining of the show for the screen sits somewhere between theatre and film. Wherever in the world you are, Riot Act is available to you, and everyone can ‘meet’ Michael, Lavinia and Paul, who so generously and bravely shared their stories with me.” 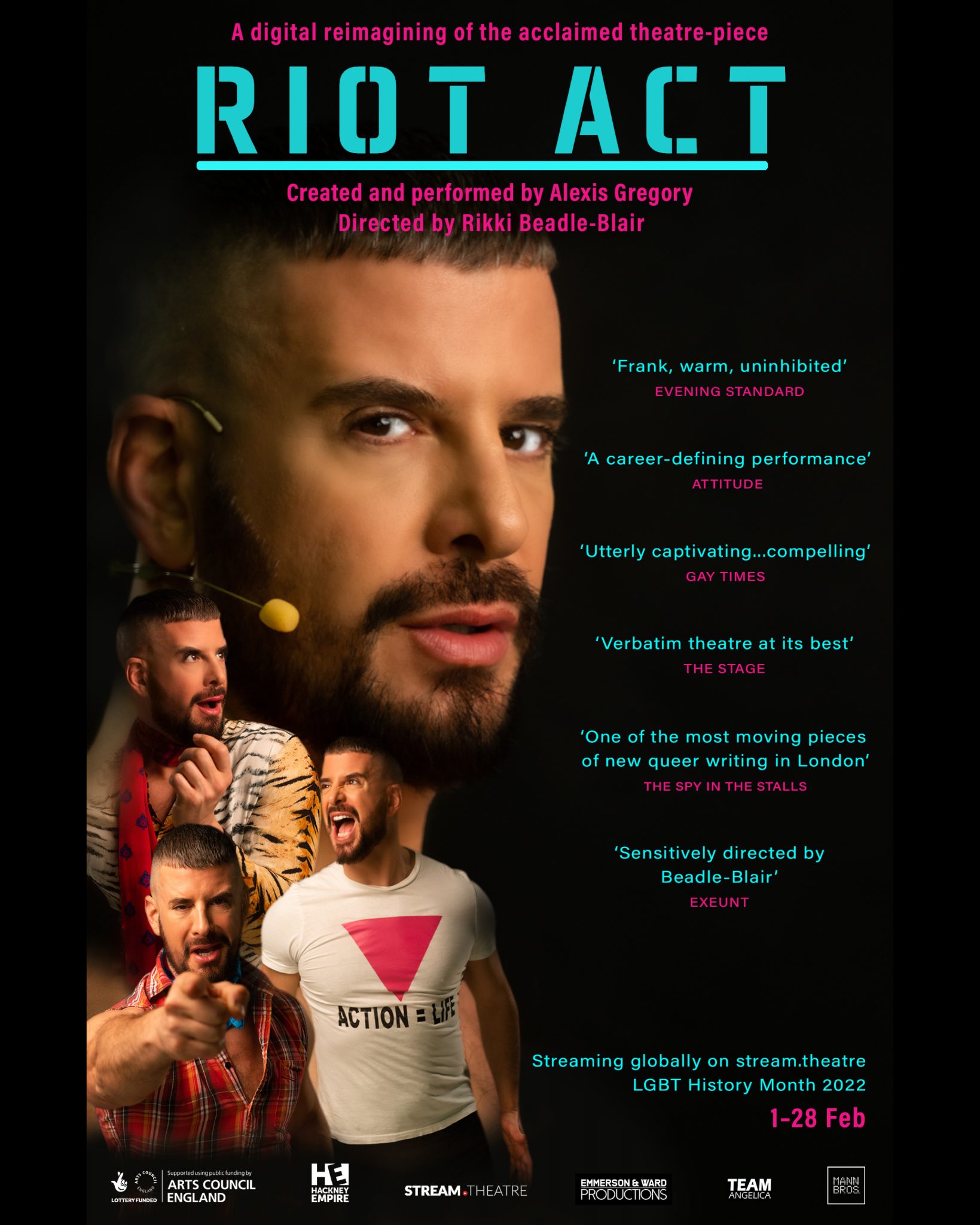 Tackle anxiety by setting yourself some personal ...