Culture
Home›Culture›What’s on in London – Henry: Queen of Squats

What’s on in London – Henry: Queen of Squats

Having relocated from Sydney to London, Henry Moss has weaponised his theatre skills and bringing his show Henry: Queen of Squats to the VAULT Festival.

As an avid self-help book reader, Henry investigates how to balance being a loving boyfriend, new dog mum and full-time marketing gay. With his female spiritual guides including Dame Judi Dench, the show is a love letter to all the fierce women who have shaped him.

“My first comedy impersonation was of my dad – when I was four…” explains Henry, reflecting how he got his start in character-based comedy. “My sisters and mum were cacking themselves, and haven’t stopped since.”

“I was watching Absolutely Fabulous at the age of five…” adds Henry.” Our psychologist neighbour was very concerned, but my mother said – ‘It’s too late, he’s already memorised the scripts.’”

Henry: Queen of Squats is on at VAULT in London, 7-8 February 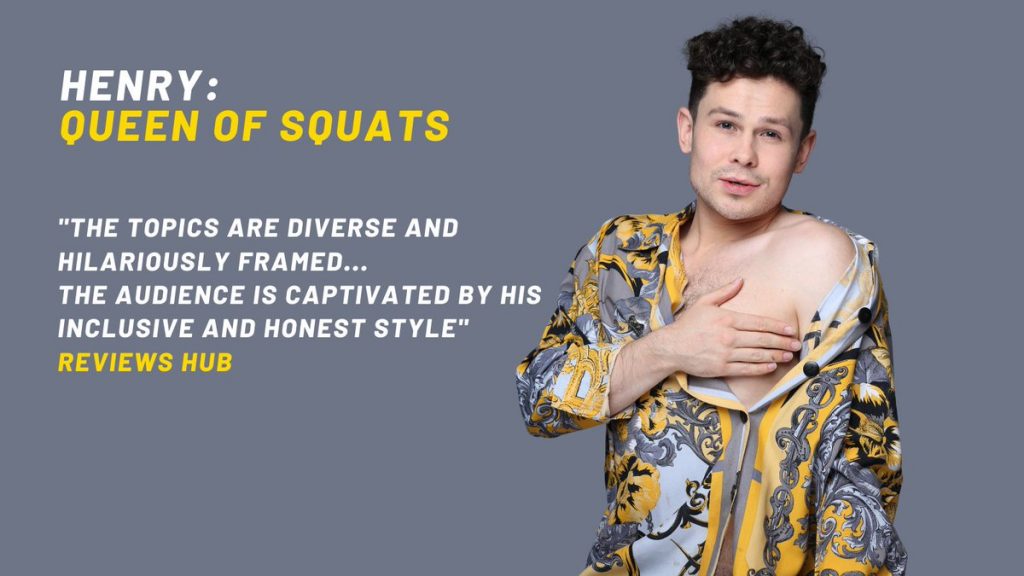 Get The Right Gift For The Man ...