Culture
Home›Culture›Which are the queerest films?

Which are the queerest films?

If you’re looking for suggestions to add to your watch-list, here’s some quality queer films that explore the LGBTQ experience.

Charting the rise of Elton John, Rocketman is a lot better than you might imagine. This is a completely different proposition to the biopic format of Bohemian Rhapsody, Rocketman takes flight as a musical fantasy – mixing up the music and the timeline to create a compelling piece of cinema.

Taron Egerton is spectacular as Elton, and the film is a great reminder of the sheer volume and brilliance of Elton’s music.

At its heart, Rocketman delivers a compelling message to accept and love who you are.

Based on a true story, Pride shows what happened when a group of gay activists decided to lend their support to the striking coal miners in the UK.

Set in 1984, during the darkest days of the HIV pandemic, Pride delivers an uplifting story of hope and acceptance.

This film often tops lists documenting the worst gay films of all time, but it’s still worth a watch.

While the film is far from perfect, criticism of it went a bit overboard. It does evoke a sense of time and place, and the marginalisation of a community that led to the Stonewall riots of 1969.

When you watch it, just be aware that it’s a white-washed view of history. The heroes of Stonewall weren’t the cute white guys – the heroes were the Trans women, the lesbians, and the sex workers who fought back against police persecution.

The story of LGBTQ rights and the fight for equality didn’t begin in 1969.

Greta Schiller’s documentary is fascinating to watch and an excellent insight into what life was like for LGBTQ people in the years leading up to the Stonewall riots.

Paris Is Burning is a documentary about the ballroom scene in New York City in the 1980s.

Filmmaker Jennie Livingston has been criticised for exploiting the marginalised community that she filmed, but it was Livingston’s camera that helped bring ballroom culture to the attention of the world.

It’s an excellent documentary in its own right, but it’s also had a massive cultural impact – it’s this film that has been instrumental in ballroom’s influence in shaping much of today’s queer culture.

Harvey Milk is one of our queer heroes. This biopic by Gus Van Sant – starring Sean Penn as Milk – brings to life the courage and passion of Milk, and puts into context how his activism was shaped by the events of the Stonewall Riots of 1969.

Written by Mart Crowley – adapting his off-Broadway play – and directed by William Friedkin, The Boys In The Band is the story of a group of friends and what happens when they all get together at a party.

This was pretty much the first major American film to revolve around gay characters, making it a milestone in the history of queer cinema. It’s also one of the first mainstream films in which the word cunt is used, so there’s that to enjoy as well.

Longtime Companion is a 1989 film written by Craig Lucas and directed by Norman René. Longtime Companion is particularly notable as it was the first wide-release theatrical film to deal with the subject of AIDS – the film takes its title from the words The New York Times used during the 1980s to describe the surviving same-sex partner of someone who had died of AIDS.

The story chronicles the first years of the AIDS epidemic, illustrated through the personal stories of its characters.

E.M. Forster wrote his novel Maurice in 1914, but it wasn’t published until 1971  -  a year after Forster’s death. As a closeted gay man, Maurice was an opportunity for Forster to explore his own experiences and those of his close circle.

In Maurice, Forster gives us the story of Maurice Hall. While at college at Cambridge in the early 1900s, Maurice falls in love with Clive Durham. Realising the risk to his career and social standing, Clive ends the relationship with Maurice and marries. Maurice seeks medical help to try and cure himself of being gay, but once he meets and falls in love with Alec Scudder, he accepts that he cannot change who he is.

The film adaptation, by James Ivory and Ismail Merchant, was released in 1987.

Written by James Ivory and directed by Ismail Merchant, Maurice has all the hallmarks of what made Merchant Ivory productions so iconic  -  a respectful literary adaptation, delivering quintessential period-drama.

It’s a film with a strong cast, post-card-perfect locations, and it’s beautifully shot by cinematographer Pierre Lhomme. It’s got all the stately grandeur and class-ist Englishness that a Downton Abbey fan could wish for, and Hugh Grant’s hair is award-worthy in its own right.

However, the context of the film makes it even more powerful. Released in 1987, it was only six years after the first cases of HIV and AIDS had been reported  –  these were some of the worst years of the pandemic. Merchant and Ivory were lovers as well as creative partners  -  this film was, in effect, their cinematic coming out. It was a big budget, lavish, period-drama with a gay love story at its heart  –  a gay love story with a happy ending.

Jump forward thirty years, and James Ivory is once again at the helm of an iconic movie  – it was Ivory that  adapted the novel of Call Me By Your Name for the screen. Ismail Merchant may no longer be by his side (he died in 2005), but James Ivory is still filling our screens with love and helping his characters and us to navigate the complexity of our emotions.

Maurice isn’t a perfect film, but the Merchant Ivory team have not only given us a story in which we can immerse ourselves, they’ve created a celebration of the hidden life of E.M. Forster, and they’ve delivered a compelling and timely statement on the worth and humanity of gay men.

In any list of of great gay movies, Maurice deserves to be near the top.

Beau Travail – which translates in English to Good Work – is a masterpiece from writer/director Claire Denis. Released in 1999, the French-language film is loosely based on Herbert Melville’s novella Billy Budd which was written in 1888.

Denis sets the action in Djibouti, and the protagonists are soldiers in the French Foreign Legion.

With a dramatic soundtrack drawn largely from Benjamin Britten’s opera of Billy Budd, this is a world of intense internal emotions, where everything is amplified by the spectacular surrounding landscapes. Sargent Galoup (Denis Lavant) becomes obsessed with new soldier Gilles Sentain (Gregoire Colin)  -  an obsession that ultimately destroys him.

As a filmmaker, Denis is exploring the power of cinema as an art form. This is a world away from conventional films – the focus is on visual exposition, drawing you into the world of these men, immersing you within their inner emotional conflicts and repressed desires.

There’s a beautiful rhythm to this film. The daily exercises of the men – drawn from the actual exercises of the Legionnaires – give a balletic sense of choreography. It’s a hyper-masculine world that seems seductively dangerous.

It’s visually stunning and and a brilliant interpretation of a classic story. 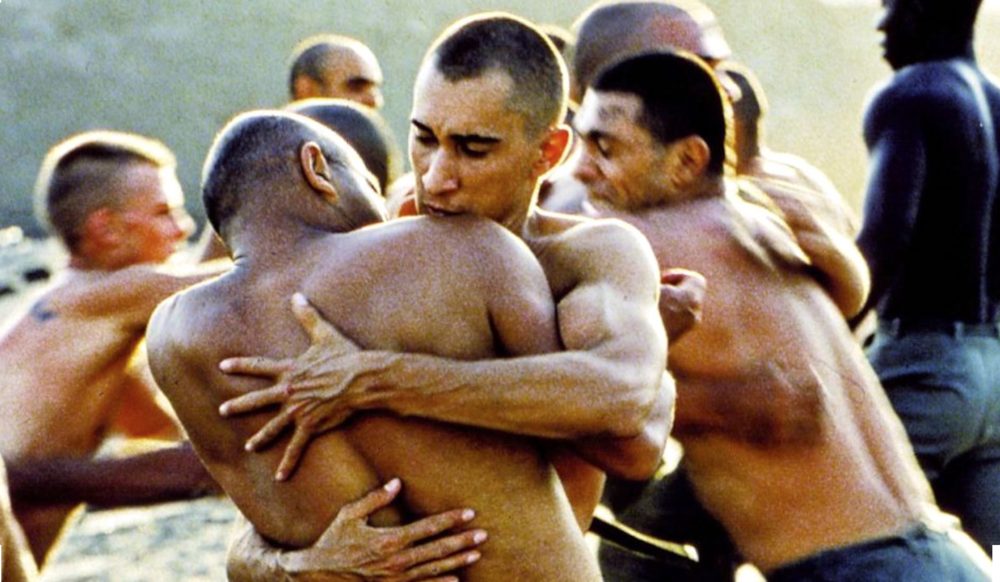 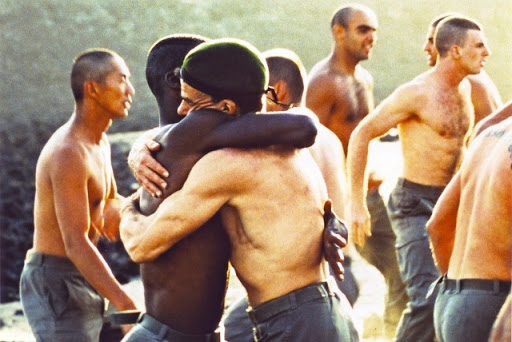 Sauvage – the debut film from writer/director Camille Vidal-Naquet – gives us the story of Leo. Leo is a sex-worker, living and working on the streets of Strasbourg. His days are spent aimlessly, punctuated by sex, drugs, and violence.

These are lives presented without judgement. It’s gritty. It’s real. It’s frank without any attempt at titillation.

What makes Sauvage compelling is a stunning performance by Félix Maritaud as Leo. Vulnerable, damaged, but “made to be loved” – as one character describes him. Maritaud brings to Leo a humanity that makes his decisions understandable, and his need for love and intimacy undeniable.

Opinion: Before parties, there were protests. The ...