Why there may be no such thing as a ‘gay parent’

Richard Westoby doesn’t believe there is any difference between being a gay parent or a straight parent.

He’s the father of five and a half year old twins, and his experience of being a father, he says, is no different to anyone else he knows. No matter their sexuality.

“When you are a parent, every parent faces the same challenges,” he tells Means Happy.

“You’re tired, you don’t really know what you are doing, you are learning on the go.”

“I look at my heterosexual friends and we have everything the same in common. We all have babysitters cancel, we all have sick children. You do as every other parent is doing and just figure it out.”

Richard is a board member for The P3 Network, Proud Professional Parents, an organisation which helps prepare LGBTQ people for having a child. 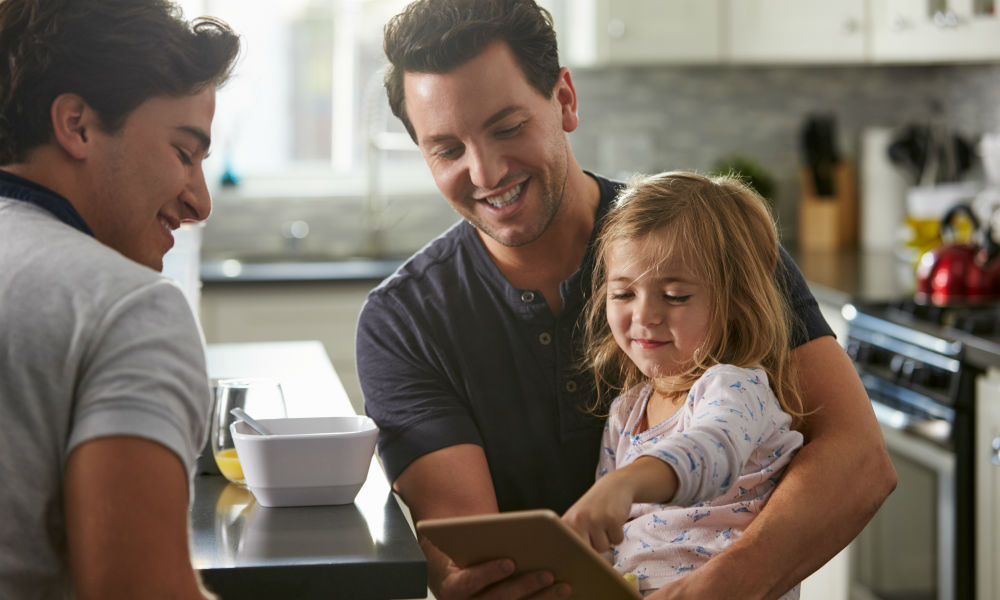 In 2013 there was an estimated 20,000 children living in a same sex family in the UK. In December 2017, official figures reported there had been 2,807 adoptions by same sex parents. The aged idea of a ‘nuclear family’ has long since exploded. A 2.4 children household just doesn’t add up in this day and age.

But there are things that make being a gay parent different

Not all gay dads agree with Richard’s view of the shared experience of parenthood, however. For dads like Toby, the LGBTQ parent experience has its own unique challenges and daily demands.

“For instance, having to answer questions from shop attendants or other parents who don’t know you’re gay. ‘Where’s his mummy?’ ‘Is his mummy looking forward to seeing him when he gets home?’ ‘What’s his mummy doing doing today?’

“You then have to come out to someone every other day, which is fine, but at some point we’re going to have to help my son navigate those conversations too.”

How Richard and Toby became parents

Richard and Toby have different views on the gay parent experience, but they also became fathers in totally different ways. For Richard, surrogacy was the most appropriate choice. For Toby, it was adoption.

“I think adoption is a very noble thing to do,” says Richard. “There are lots of children who need adopting. But when we looked at the process, it was a very difficult experience to go through. Bureaucratically and logistically it would have taken us a few years to do. My husband is American and we had friends who went through the surrogacy process in the states. They told us a bit about what they were doing and thought: We can do this.” 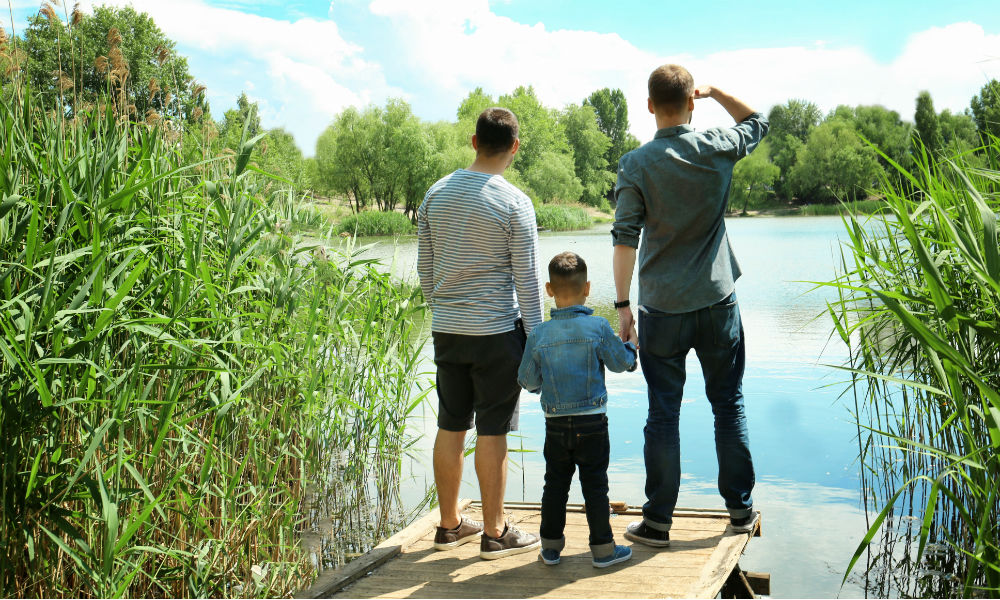 “It was a really long process, but I was really thankful for the space it created to really think about things and talk about it,” he says. “So, when we got to the point where we were adopting, we really knew ourselves really well, in relation to adoption and what we wanted to do. We were very emotionally prepared for everything.”

Becoming a family is “the most amazing thing”

But there’s one thing both Richard and Toby agree on; starting a family was a life changing experience. And for the better, of course.

And maybe a touch of fear-mongering from friends helped Toby prepare for his experience as a father.

“When we were preparing to become parents, a lot of people – tongue in cheek – made a lot of negative comments about how things would be,” he says. “We were told how hard it was going to be. How we’d never have any times for ourselves and each other. That we’d spend the next 18 years cleaning, having sleepless nights and cleaning poo. It wasn’t helpful. We still have our friends and we still have our relationship. All these huge great changes, things are different but it hasn’t changed as dramatically as I was expecting it to. We’re still us.”

Top property tips for queers – what you need to know

Homophobia in football: How non-league clubs are ...