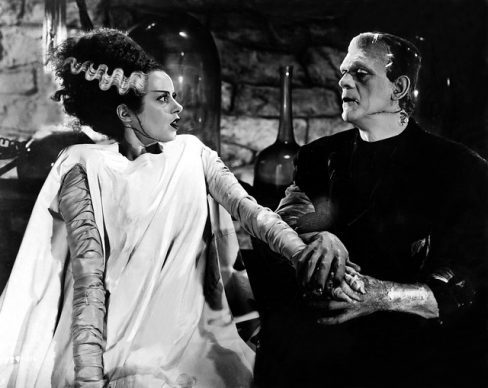 British director James Whale was an openly gay filmmaker working in Hollywood from the 1930s to 1940s, but declining health and personal problems, which impacted on his professional career, led to his tragic suicide in 1957. A fictional account of his later years was presented in Gods and Monsters. Whale’s contributions to the horror genre have become classics and two of those are screened in this special gothic double bill followed by open discussion about their lasting impact and the continuing appeal of horror to queer filmmakers and audiences.

THE BRIDE OF FRANKENSTEIN (1935, UK, 75 mins). The Bride of Frankenstein is presented from a 35mm archival print

Director: James Whale. Stars: Boris Karloff, Colin Clive, Elsa Lanchester, Ernest Thesinger The acclaimed sequel to the original Frankenstein that Whale had also directed. Karloff returns as the Monster, searching for his purpose, befriending a blind man and learning to talk, but desiring a companion. Colin Clive reprises his role Dr Frankenstein, and Ernest Thesinger as Dr Pretorius with his own mini human menagerie. But It’s Elsa Lanchester (aka Mrs Charles Laughton) who plays both the iconic Monster’s Bride as well as Mary Shelley. An everlasting and highly influential classic.